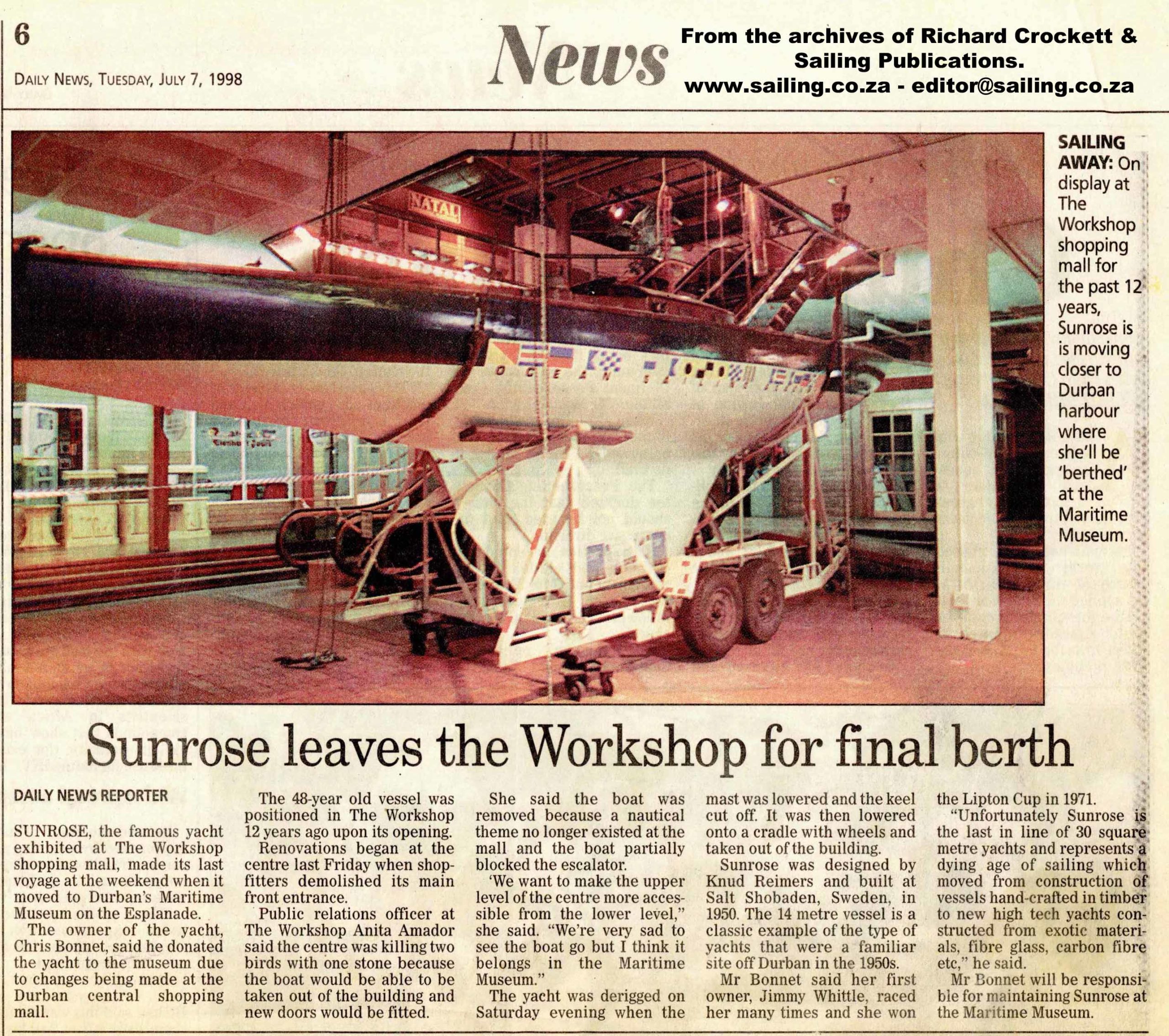 Almost a week ago I published info on the 1969 Lipton Cup, with one response specifically asking where the 30-Square Metre ‘Sunrose’ was.

Some will know that she became a display piece in the Workshop shopping centre in the middle of Durban. This was to avoid her being scrapped.

Well in 1998 she had to be moved again, and was sent to Durban’s Maritime Museum on the Esplanade.