What Would A Port Elizabeth Waterfront Be Without A Yacht Club? 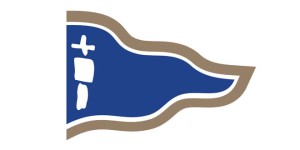 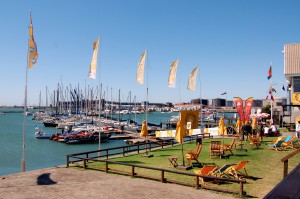 * Algoa Bay Yacht Club and Transnet Port Authority agree on an interim settlement over R1 906 594.95 ‘arrear rental’
* Parties agree to negotiate over 6 months as high court action is settled before trial
* Could this be a body blow to the much vaunted PE Waterfront
* Algoa Bay Yacht Club rental increased by 310%

The Algoa Bay Yacht Club (ABYC) was established on 14 September 1959 and has become a landmark in the city.

From paying a sporting body rental of R150.00 per month prior to 2000, ever increasing rental demands – some increases as high as 61% – have led to the TNPA instituting legal action against the well known yacht club.

With humble beginnings from a ‘garage’ the club has grown to it’s present size after reclaiming 66% of what was then broken land, building a hard and slipway and then re-building a clubhouse after the devastating fire in 2006.

ABYC’s sole reason for existence is ‘Foster an interest in Sailing’.

A successful partnership with LoveLife between 2003 and 2006 saw over 600 pupils introduced to the sport with five being chosen to continue on a higher performance level.

In 2006 the Algoa Bay Yacht Club (ABYC) signed a lease for a three year period to 31 May 2009 with the Transnet National Ports Authority. With escalations the rent payable was R23 010.90 per month at the end of the period.

The lease allowed for the 2009 renewal of the 3 083 square metres occupied by the club.

In 2009 TNPA, in response to an enquiry by ABYC, renewed the lease and demanded a 61% increase in rental.

ABYC declared a dispute around this new 2009 rental demanded amount of R37 000 per month based on the fact that an internal valuator for the land had been appointed by TNPA and not an external valuator as stipulated in the 2006 lease. One of the iniquitous concerns was the rental asked for of R37 000.00 per month was more than four times the amount being paid by a larger yacht club in Durban then paying R9 366.00 per month.

After negotiations between ABYC and TNPA failed this dispute was then lodged with the Ports Regulator on 17 March 2011 and a date set down for the pre-hearing in Port Elizabeth on 2 September 2011.

In the meantime ABYC paid R1.00 per month rental plus utilities.

At the 2 September 2011 pre-hearing the National Property Manager for TNPA indicated to ABYC that they needed to start paying a higher rental based on affordability. After many stalled meetings with the TNPA, ABYC embarked on voluntarily paying an affordable rental which has been voluntarily escalated on anniversary every year by 8%.

When the minutes from the 2011 pre-hearing held in front of the Port Regulator were finally received in 2012, they were not correct and a call was made for the recording of the meeting. The recording has to date not been forwarded.

And there the matter rested until 2014 with TNPA invoicing the rental that had been increased by 61% plus interest and ABYC paying the determined rental plus utilities.

In August 2014 ABYC was the sole tenderer in response to a tender put out for the land which ABYC occupied. The tender took into account TNPA’s wish that the upstairs restaurant – now open to the public – and bar was a ‘commercial’ space whilst the downstairs, grassed, hard areas and slipway were sporting and thus qualified for a 75% discount as had been applied elsewhere.

During September 2014 ABYC was served with a summons seeking relief in the High Court proceedings for:
• Cancellation of the lease agreement;
• Eviction of the Algoa Bay Yacht Club; and
• Payment of arrear rental in the sum of R1 906 594.95.

This action was withdrawn when ABYC informed TNPA that they were hosting the upcoming 2015 60th 5O5 World Championships between 23 March and 3 April 2015.

Upon completion of the World Championships negotiations continued anew between TNPA and ABYC.

On 13 October the Port Manager of the Port of Port Elizabeth informed the ABYC that their tender would not be considered as they were ‘in arrears’ and demanded payment thereof within 7 days otherwise they would proceed against ABYC for the payment of arrear rental and eviction from the premises.

On 16 October 2015 TNPA’s lawyers gave notice to ABYC’s lawyer – Gerald Friedman- that ‘negotiations had fallen through’ and that they would apply for judgement, arrears rental and eviction.

Nevertheless ABYC continued to make another two offers based on an affordability whilst still securing access to the water for members and visiting yachtsmen.

TNPA continued to block ABYC’s efforts at ‘business as usual’ by:
• Refusing to allow ABYC to host regattas that would have ‘fostered sailing’ as well as brought valuable tourist rands to Nelson Mandela Bay – the Laser Nationals and East Cape Provincials had to be cancelled; talks with Extreme Sailing to bring an event worth hundreds of millions to Nelson Mandela Bay were shelved
• Refusing to assist with liquor licence renewal
• Demanding that ABYC only charge a peppercorn amount to yachtsmen utilising the hard
• Refusing additional space asked for to accommodate IRC Yachts wanting to attend Algoa Bay Week

The ABYC is a volunteer association run by volunteers and the hosting of regattas brings much needed funds to continue fostering sailing as well as long term stay tourists who contribute much needed foreign currency to Nelson Mandela Bay.

The Port Regulator has now restarted the process and a pre-hearing date is set down for 29 August. ABYC contend that the establishment of the Regulator and the powers given to the Regulator entitle it to make a decision with regards to the complaint lodged by the Algoa Bay Yacht Club and with reference to the practices of the Authority. Whereas the TNPA contend that this is not the case and that if the Port Regulator can rule in a lease dispute then this will allow tenants across the country an easy and cheap method to a legal authority for a ruling on every rental dispute.

The judgement and eviction order was set down for trial today, 23 August 2017.

Before the trial the parties came to a settlement which: cancelled the lease agreement/s entered into between the parties; ABYC undertakes to vacate TNPA’s premises on 28 February 2018, provided that if the TNPA procures another Tenant for the property prior thereto, TNPA will afford ABYC two (2) calendar months notice to vacate, provided further that the ABYC may, during this period, give two (2) calendar months notice to vacate prior to 28th February 2018. Should no tenant be found then the yacht club will be allowed to continue operations on a month to month basis.

In addition ABYC has undertaken to pay rental in the amount of R49 977.60 (forty nine thousand nine hundred and seventy seven rand and sixty cents) being the current monthly rental inclusive of VAT.

Alan Straton, ABYC Commodore said; “The Algoa Bay Yacht Club has always contended that we must pay a rental as determined by our status as a non-profit sporting body requiring access to the water and within the parameters of what is fair in comparison to other sporting bodies that have been granted the 75% discount. Despite the challenges of being on industrial land we remain eager to eventually showcase and be a vital part of the proposed PE Waterfront when that does come to fruition.”

“We look forward to continue finding a way to negotiate a successful solution to this impasse with the TNPA and eagerly await the outcome of the Port Regulator’s findings after our pre-hearing in Durban on 29 August,” concluded Straton.