VOR. Storm Hector Produces Some of the Biggest Weather 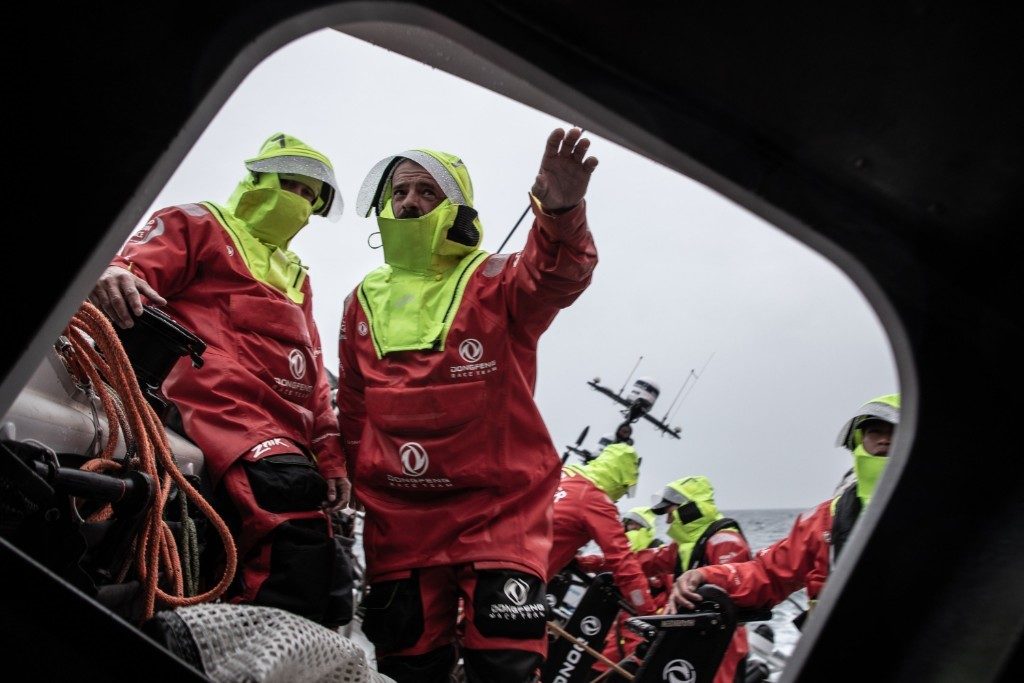 Dongfeng Race Team is pushing hard in the final stages of a thundering Leg 10 of the Volvo Ocean Race 2017-18 from Cardiff to Gothenburg, as the fleet rampages towards Sweden in 35 knots of wind and big seas produced by Storm Hector.

This short 1,300-nautical mile sprint leg is producing some of the wildest weather of the entire race as the crews head east across the North Sea towards the southern tip of Norway, with the finish expected late evening in Sweden.

SEE THE VIDEO OF DONGFENG IN STORM HECTOR HERE

Dongfeng had been well-placed in second position as the fleet headed over the top of Scotland, but she fell back to fifth place at one stage, after being overtaken by Team AkzoNobel and Turn the Tide on Plastic. But she has now retaken fourth position ahead of Dee Caffari’s crew on Turn the Tide.

Up ahead, the new leader is Bouwe Bekking’s Team Brunel which has a very small advantage over MAPFRE.

The loss of positions during the night on Dongfeng had led to some speculation on social media among race fans that there may have been something caught on the Chinese-flagged boat’s keel that was slowing her down, but this seems unlikely.

The On-Board reporter on Dongfeng for this leg, Martin Keruzore, mentioned this in his latest message to the Dongfeng shore team.

“There is no damage on board,” he said. “We struggled with the speed last night and maybe something was on the keel, but we checked many times.”

This is a critical penultimate leg for Dongfeng which went into it with a one-point overall lead over MAPFRE and a three-point advantage over Team Brunel. Everyone on the red and white Volvo Ocean 65 is aware that the final outcome of this race could be heavily influenced by how this leg plays out.

Keruzore noted that the pressure to complete this leg in a strong finishing position is being felt by everyone on board. “There is high stress on board,” he said. “But these guys are still pushing hard and fighting for everything.”

Footage from Dongfeng taken overnight shows a wild and dangerous scene as the boat powered ahead, driven by the powerful southerly winds of Storm Hector, with tons of water crashing over the decks.

With 220 miles to go, this is a very demanding final day on this leg with the breeze forecast to hold up all the way to Gothenburg. You can bet your bottom dollar that Charles Caudrelier and his crew will be doing all in their power to get back near the top of the leaderboard before the finish line is reached tonight.