Volvo Ocean Race. When You Just Can’t Get Enough 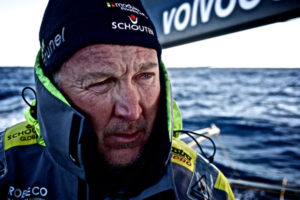 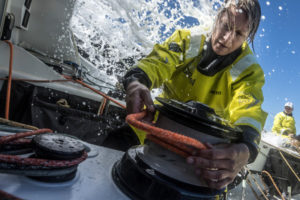 The pair will join skipper Bouwe Bekking as he bids to win the trophy at his eighth attempt after almost three decades of obsession.

Ehler, who made her debut onboard ‘Amer Sports Too’ in 2001-02 and returned last edition as part of ‘Team SCA’, is one of two females onboard the Dutch boat alongside her SCA teammate, British Olympian Annie Lush.

“I’m really excited to be joining Team Brunel,” she said. “The team has an exceptional dynamic to it, with one of the most experienced skippers in the race complemented with young talented sailors from the recent America’s Cup and a core of experienced offshore sailors.”

“Abby is one of the female sailors who has sailed the most miles in this race,” said her new skipper, Bekking. “She is a skilled sailor and has sound technical knowledge, so she will take on the role of Boat Captain.”

Andrew Cape lines up for his seventh Volvo Ocean Race after making his debut back in 1993-94 onboard ‘Tokio’ and returning with ‘Toshiba’ in the 1997-98 edition.

“I’m here because I enjoy this race, but at the end of the day it’s a competition and I want to win it,” he said. “I believe this is a winning team.”

Capey, as he’s known amongst his teammates, is renowned as a shrewd navigator – and this is his third round the world race alongside Bouwe.

“Andrew is the best, we work well together, we trust each other and he’s my first choice,” said the Dutch skipper.