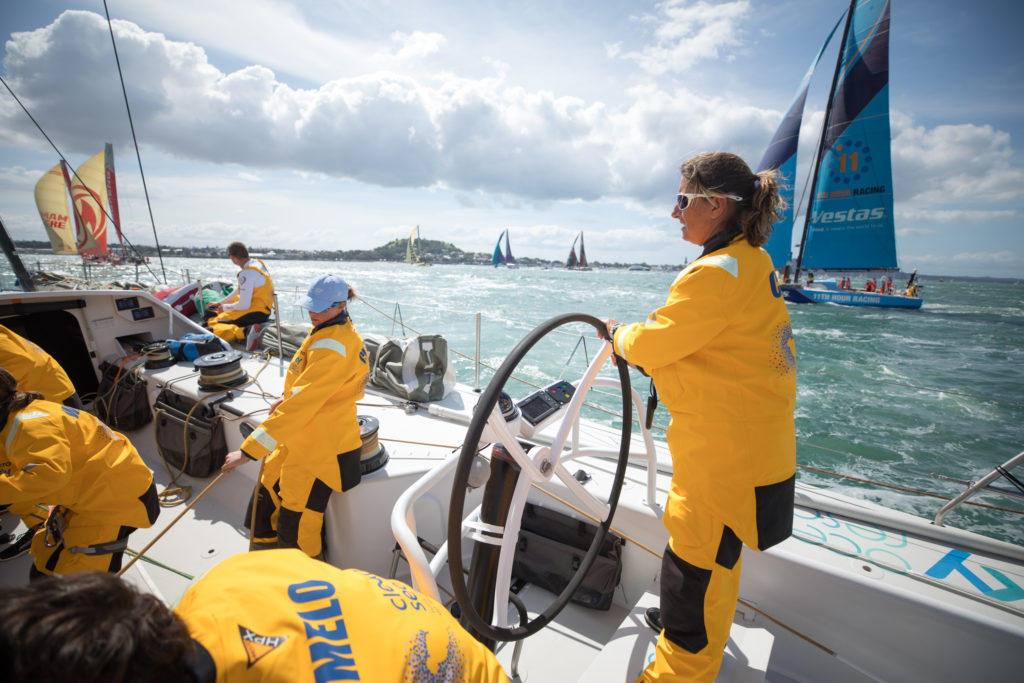 Dee Caffari’s Turn the Tide on Plastic got an early jump on their Volvo Ocean Race rivals as Leg 7 from Auckland to Itajai entered its second day.

Monday brought little let-up with winds hovering around 25 knots producing similar boat speeds as the teams charge deeper into the Southern Ocean on the 7,600-mile leg.

An opening day lead for Dongfeng Race Team and MAPFRE was cut short when Turn the Tide on Plastic and Team AkzoNobel skirted round the outside of the fleet as it piled into an unpredicted wind hole. 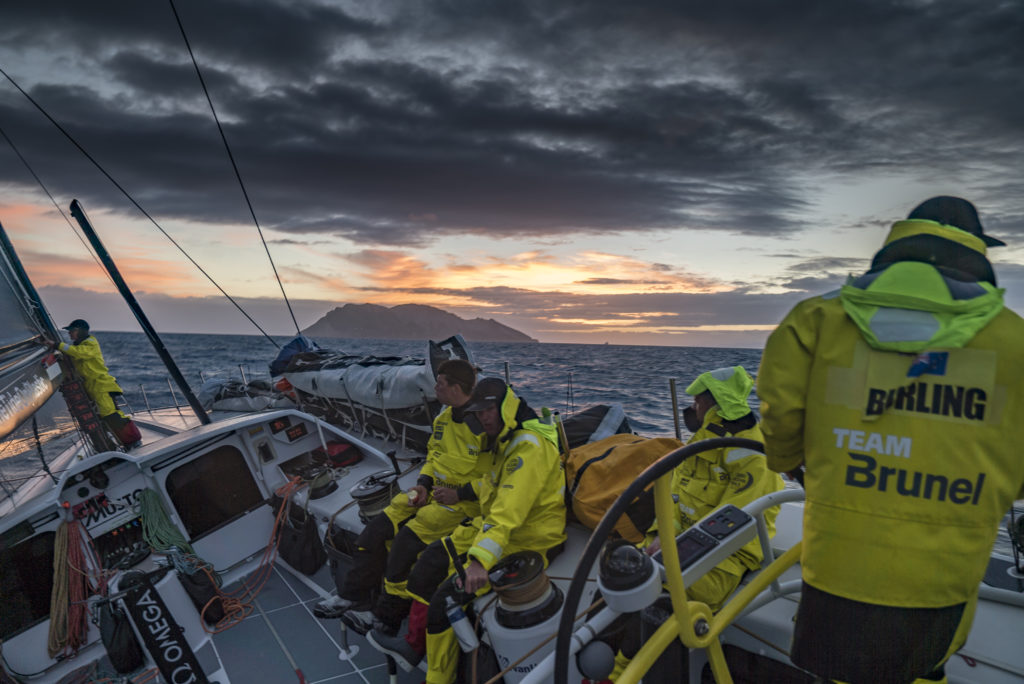 The manoeuvre gave Caffari’s crew a slim lead of around two miles on Vestas, with the chasing pack a further five miles adrift.

“Ourselves and Turn the Tide on Plastic just pulled off a nice ‘Buffalo Gals’ move as the rest of the fleet parked in a cloud,” Vestas’ navigator Simon Fisher explained, referencing Malcolm McLaren’s 1982 hip hop hit that includes the lyrics ‘Buffalo gals go round the outside’. 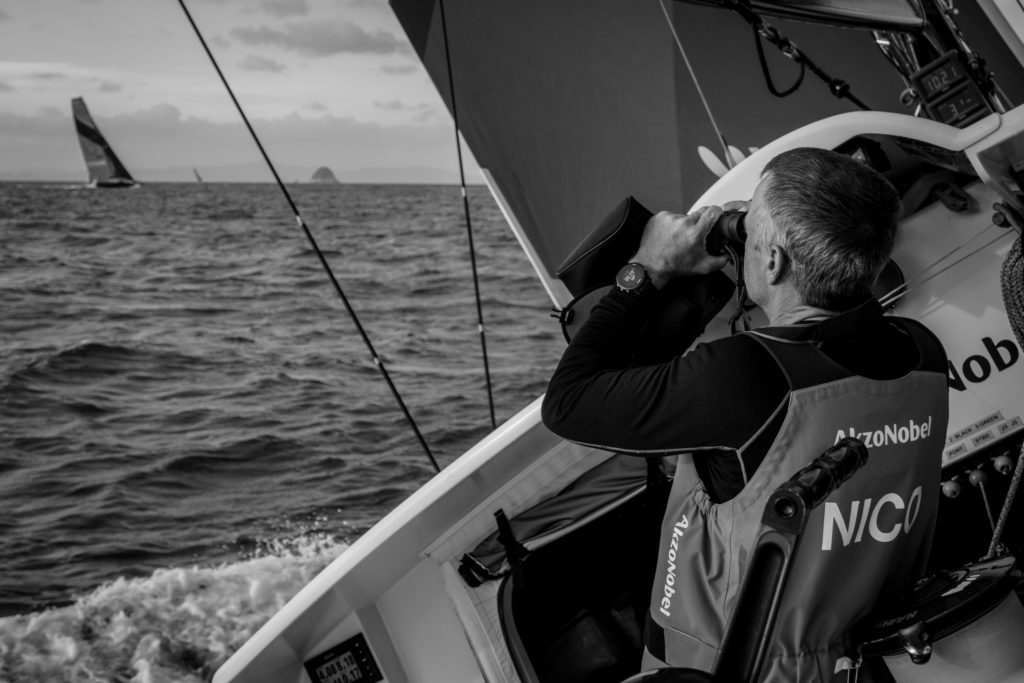 This morning (Tuesday), the lead was with Vestas, with MAPFRE and AkzoNobel close behind, and the entire fleet screaming along at over 20 knots, and Turn the Tide on Plastic languishing in 6th spot..

Meanwhile Bouwe Bekking’s Team Brunel were left scratching their heads as the two teams passed them.

“Wow, what is happening here?!” a tweet from Brunel account asked. “Turn the Tide on Plastic and Vestas 11th Hour Racing are on the highway as we park up. There’s supposed to be a 15-knot easterly breeze?”

With the easterly breeze forecast brought on by an anticyclone due to remain in place for several days before backing, the tactics early on is relatively straight forward – dive south as fast as possible. 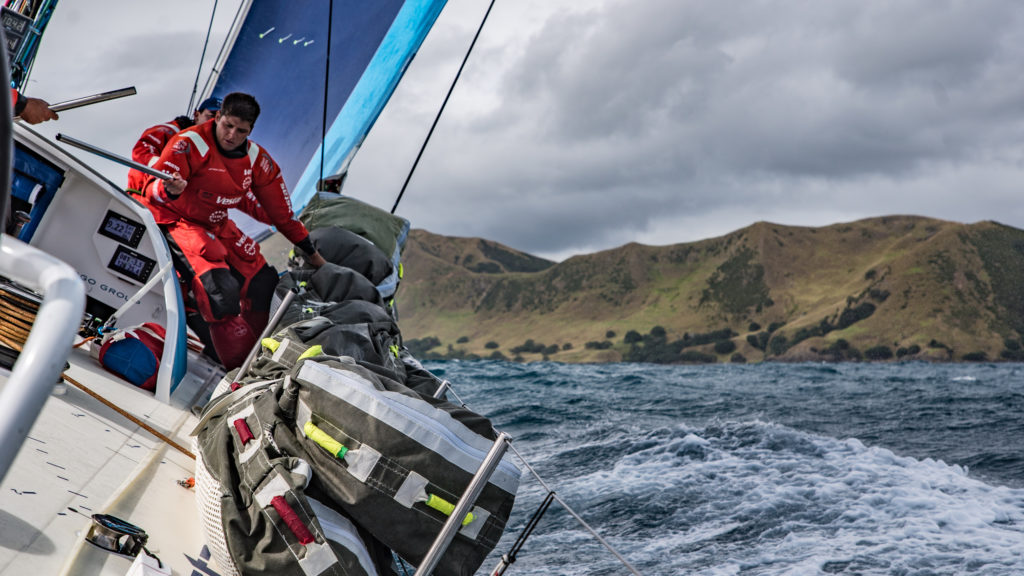 Tom Johnson on board Vestas stacking sails with Coromandel Island in the background.
pic by Jeremie Lecaudey/Volvo Ocean Race

Only when the wind turns more to the north will the fleet be able to start the curve towards Cape Horn and the heavy weather that lies in wait further down the line.

“For the next three days it should be quite simple,” Dongfeng’s Kevin Escoffier said. “We’re going straight south towards the ice limit, then turning round the bottom of the high pressure.

“Then we’ve got a front to pass, and it will be a completely different story after that. The forecast is for windy weather, so now we have to sleep, get some rest, and be ready for this part of the race.” 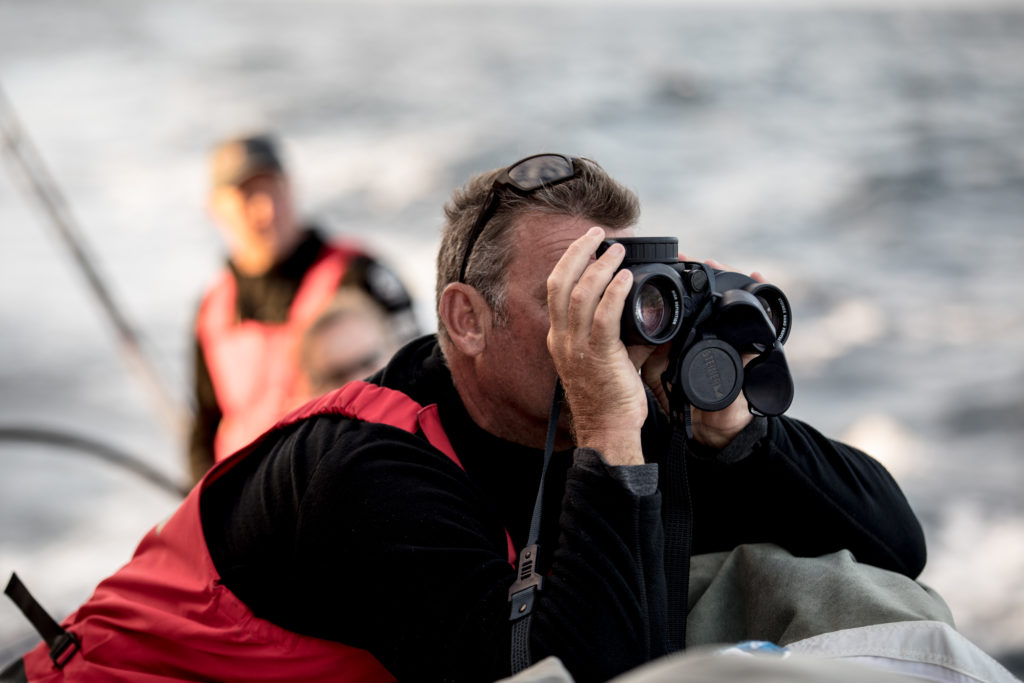 For Vestas skipper Charlie Enright, the start of the leg means the resumption of his team’s quest for Volvo Ocean Race glory having had to sit out Leg 6 with damage to their boat.

“It feels good to be back on the water,” he said. “We’re a little on the back foot but I guess that’s to be expected. We feel good that we’ve got another 7,000 miles ahead of us. It’s all or nothing – we treat every leg the same. We certainly couldn’t try any harder.” 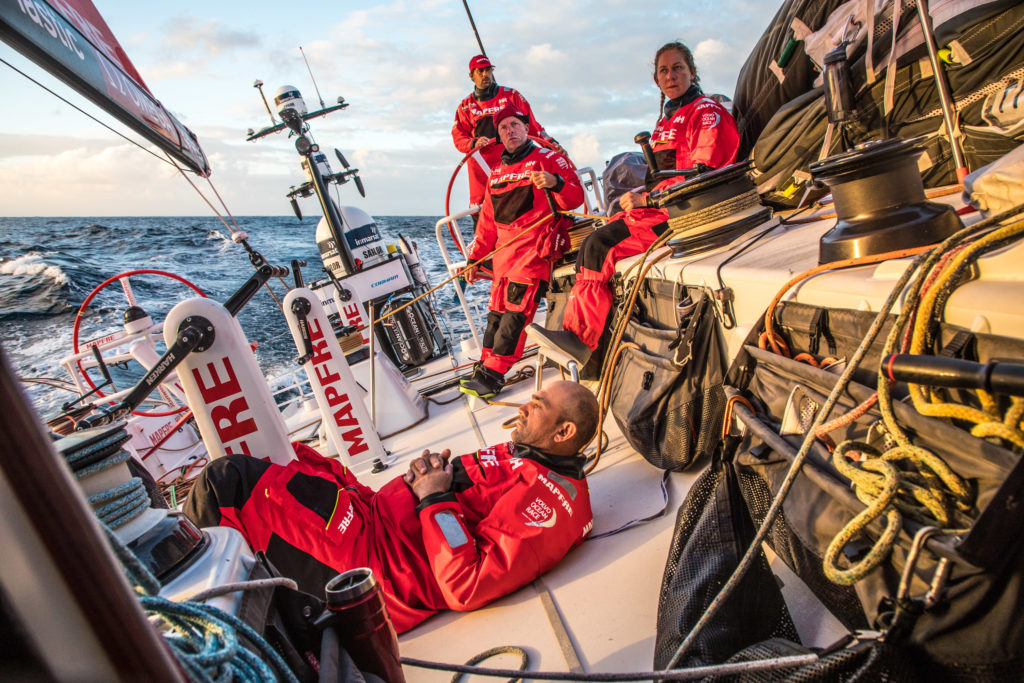 Some quite sailing aboard MAPFRE after 24 hours of nightmare upwind conditions.
Pic by Ugo Fonolla/Volvo Ocean Race

Mark Towill, Vestas co-skipper, added: “We’ve just go to out-work all these other guys. It’s just going to come down to hard work and determination. We’ve got plenty of that.” 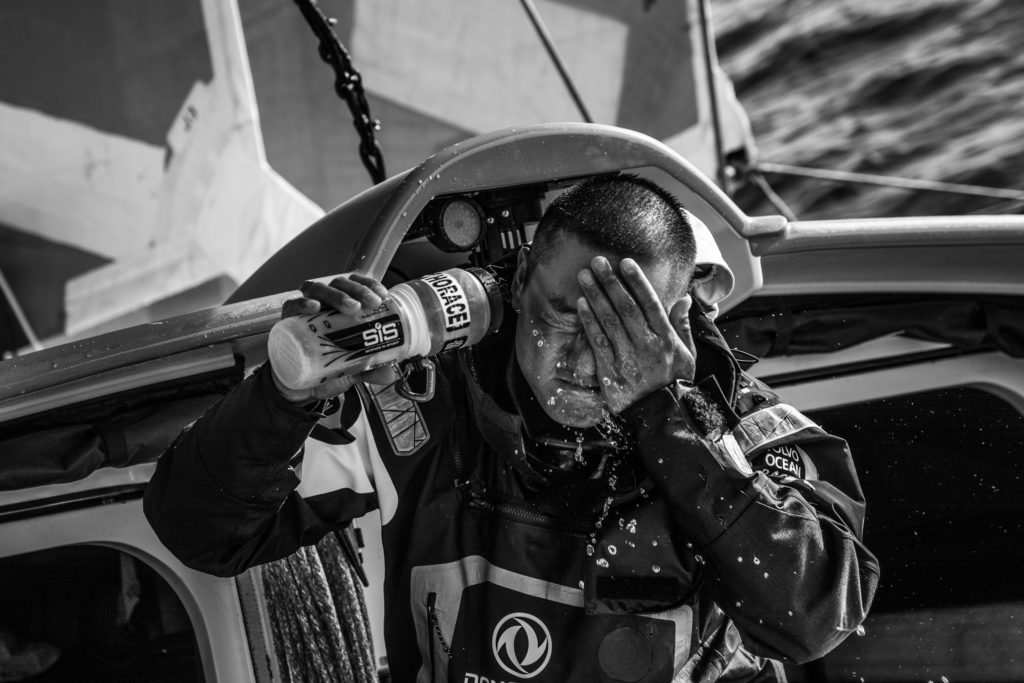 Time for a quick fresh shower for Horace aboard Dongfeng.
pic by Martin Keruzore/Volvo Ocean Race