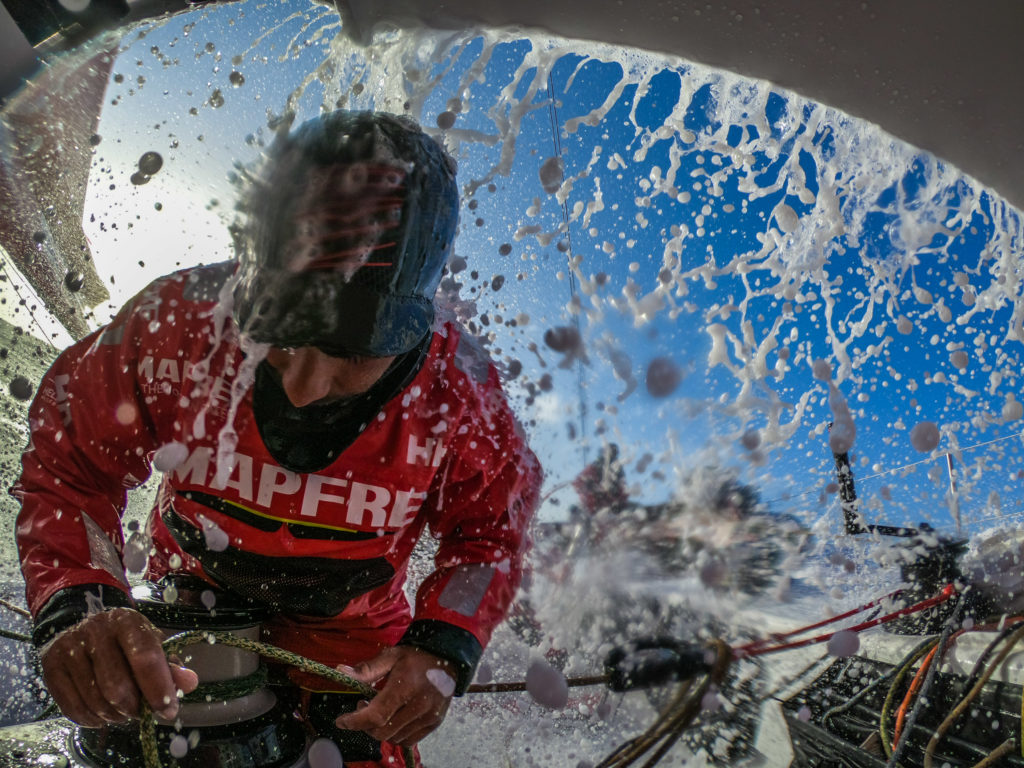 The leaders have put in some big miles over the past 24 hours, while the trailing boats fend of the passage of a front…

A little over 2,000 miles now stand between the Volvo Ocean Race pace setters and the Leg 3 finish line in Melbourne – and with just eight miles splitting the first two teams, it couldn’t be tighter at the top.

Dongfeng Race Team still maintained the lead they have enjoyed for the majority of the leg so far, but their ever-present adversaries MAPFRE, in close second, continued to make life difficult for them.

In fact at one point overnight Xabi Fernández’s MAPFRE snatched the top spot from Charles Caudrelier’s Dongfeng, only to have it wrestled back once more by the next sched. 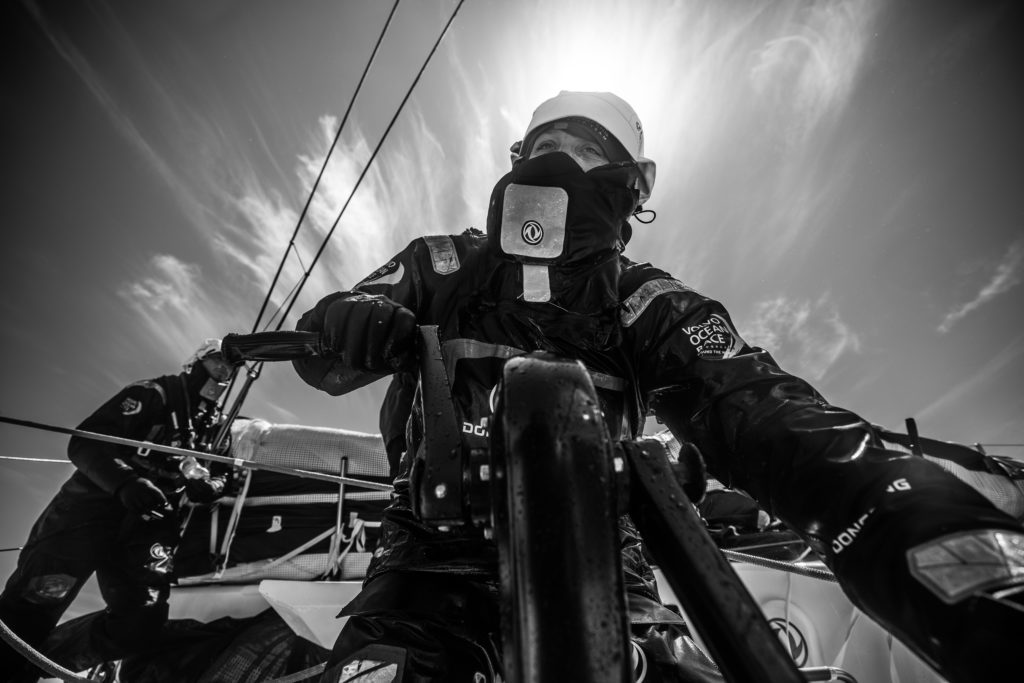 The endless fight has left both teams exhausted, each wary of their opponents’ next move.

“After nine days of racing and more than 3,000 miles I have started to hate the red boat of our Spanish friends,” Caudrelier said.

Fernandez for his part was equally cautious of Dongfeng.

“[Dongfeng] are gaining a bit, slowly, but the mileage is going up and we are scratching our heads to keep the distance down and wait for our opportunity,” he said.

Favourable north-westerly winds allowed the frontrunners to gybe right on the limit of the Antarctic Ice Exclusion Zone (AIEZ) early on Tuesday and point their bows towards the Melbourne finish line.

After days of having to perform gybe after gybe, often with no more than an hour between manoeuvres, the straight-line sailing was offering up a welcome break for both man and boat.

It also provides the navigators with a momentary break from the relentless Southern Ocean match racing that has dominated Leg 3.

Although the boats are going in a straight line for once, it’s anything but easy sailing. 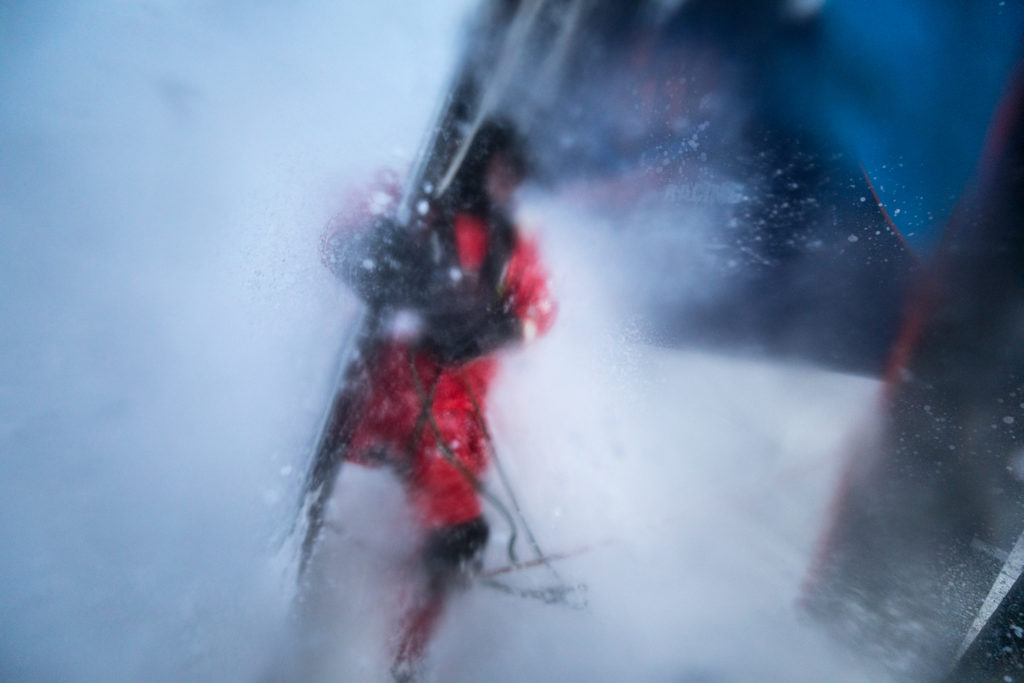 “The breeze isn’t mixing very well and the sea state seems to change quite quickly with the change in sea temperature, so constant adjustments are required,” Charlie Enright reported from Vestas 11th Hour Racing, in third place 79 miles behind the leading pair.

And while the battle between the teams continues in anger, all seven teams were racing the weather gods to stay ahead of a giant anticyclone forming to their east, threatening to swallow them up.
Team Sun Hung Kai/Scallywag and Turn the Tide on Plastic, some 200 miles west-north-west of the leaders, are expected to follow in the footsteps of team Akzonobel by zigzagging south in a desperate attempt to hook onto the western edge of a cold front.

If they fail they could face more days at sea than expected – and greater pressure to perform a quick turnaround in Melbourne.

“We want to be going fast but we’re struggling a bit with the wind dropping,” said Turn the Tide’s Frederico Pinheiro de Melo. “Now we have to deal with the next high pressure. We need to stay in front of it otherwise we will stop and Scallywag will get away. The main goal now is to avoid the high pressure.”