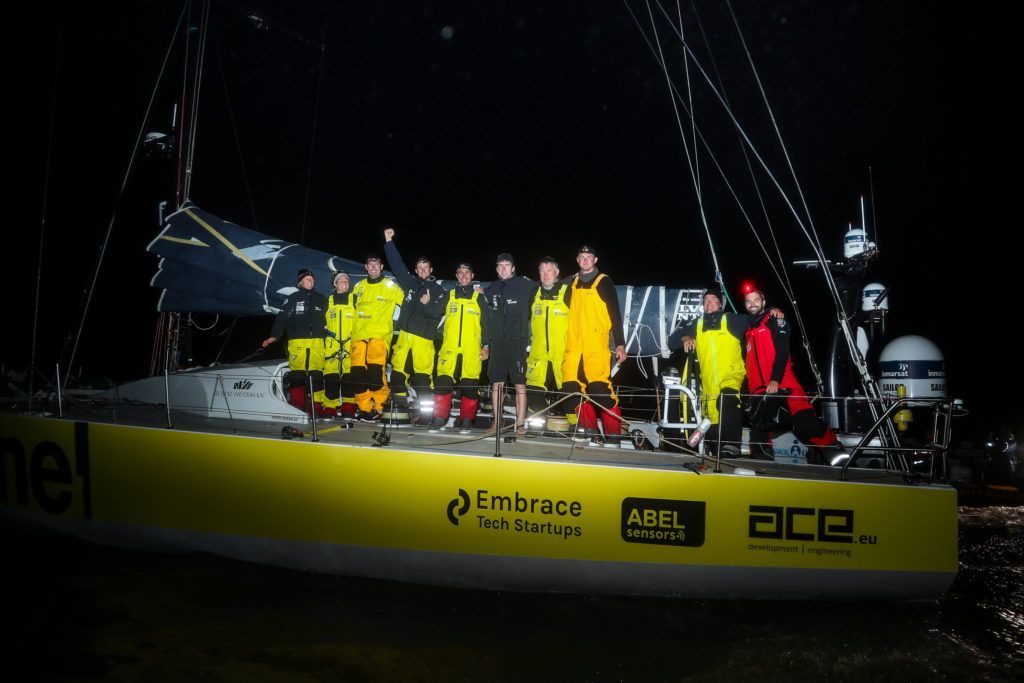 The Team Brunel crew held its nerve to take a hard-fought win in Leg 9 and move within striking distance of the overall Volvo Ocean Race lead.

Since arriving in Auckland with a disappointing sixth place finish, the Dutch team has posted a 1-2-1 scoreline, including wins on the final two double-point scoring legs and moved from also-ran to a firm podium position with an eye on the top spot.

To get the leg win, Bekking had to fend off fellow Dutch skipper Simeon Tienpont’s team AkzoNobel, who held a nominal lead just hours before the finish.

But in the strong currents and light winds of the Bristol Channel, Bekking and his crew found a way to claw back in front and protected over the final miles to take the win by just 4 minutes and 05 seconds over team AkzoNobel.

More importantly, Bekking has added 15 points to his overall score and moves his team within striking distance of the overall race lead with two legs to go.

“We’re very happy with the result – to beat the two red boats was the objective,” Bekking said after crossing the finish line. “Winning of course is nice to get the bonus point and then a nice fight to beat AkzoNobel in the end as well, so we’re a happy team.

“But the aim is to keep looking forward. We’ve closed the gap to MAPFRE and Dongfeng and victory remains our main objective!”

If the teams still racing finish in their current positions, Team Brunel will be just three points off the overall race lead.

For team AkzoNobel, Leg 9 will be long remembered for the amazing record-breaking effort the team made in setting a new standard for 24 hour distance run in the Volvo Ocean Race. 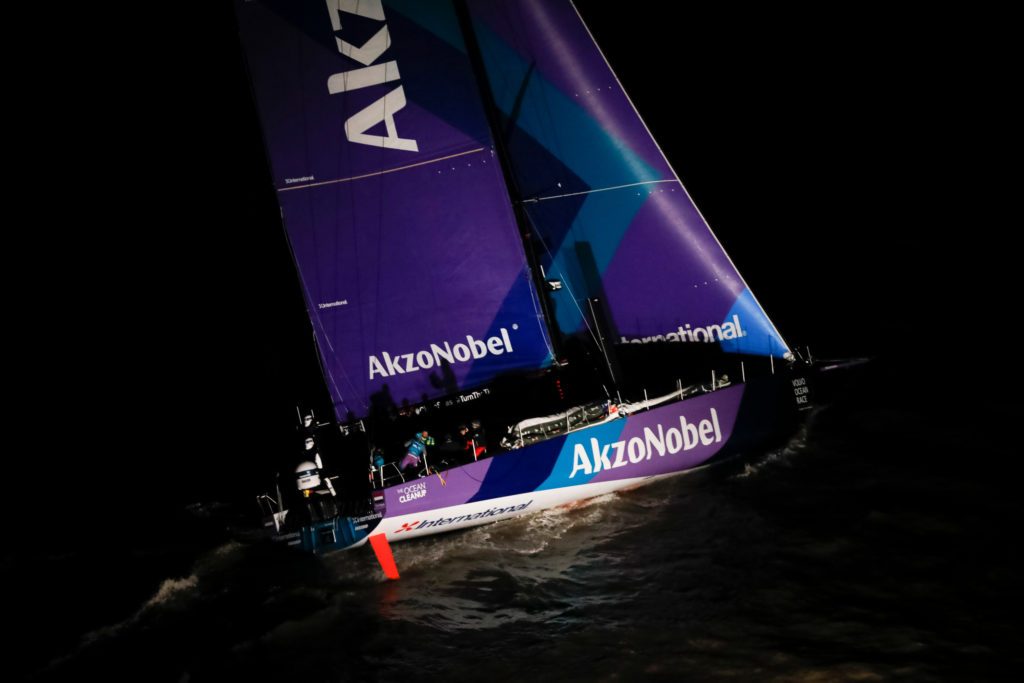 Second in the leg was AkzoNobel.
pic by Ainhoa Sanchez/Volvo Ocean Race

On Friday, in ideal conditions, skipper Tienpont and his crew obliterated the race record set in a Volvo Ocean 70 by Ericsson 4 in 2008. The new mark is 602.5 nautical miles.

“This was an incredible race,” Tienpont said from on board at the finish line. “I’m unbelievably proud of the crew. We kept pushing all the way to the finish line and we’re happy with the second place.

“We enjoyed setting a record that hopefully will be hard to beat. It’s been a leg full of emotions and we’re looking forward to the last two legs… We’ve done unbelievably well since Melbourne. From there onwards we’ve scored more points than MAPFRE and Dongfeng. So the confidence is there and as a crew we’re enjoying it so much. We’ll just keep fighting and do what we did on this leg.”

The next team to finish was Dongfeng Race Team who move three points ahead of Team Brunel and, assuming MAPFRE finishes in fifth place, take the overall race lead from MAPFRE by just a single point.

This race is heading for a thrilling finish overall.