Vendee Globe. The Closest Finish Ever 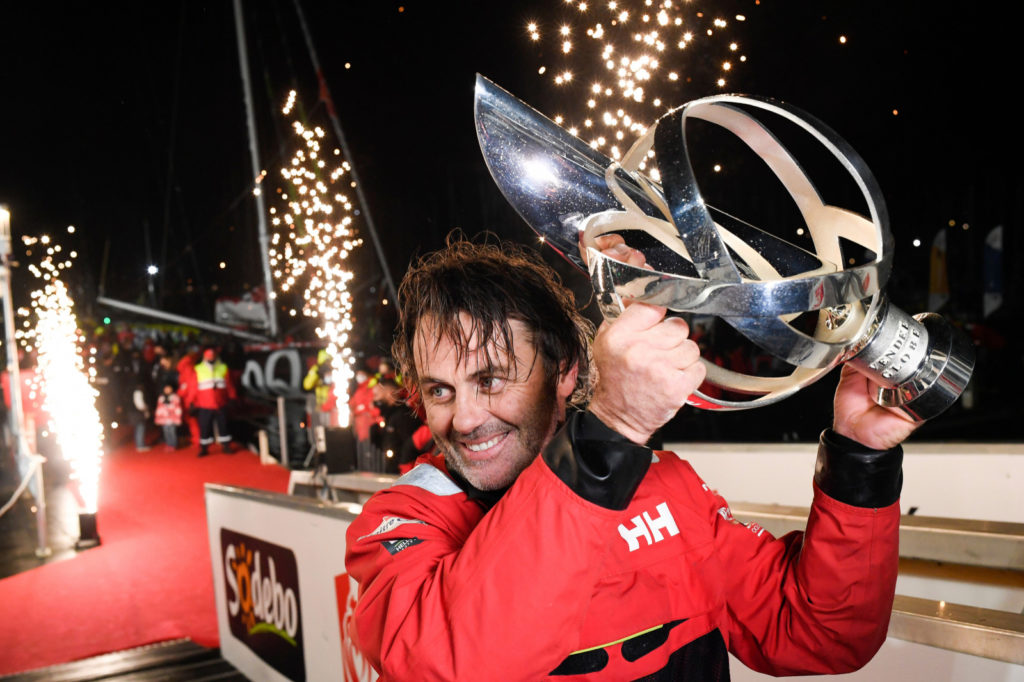 What a nail-biting finish – and a very different finish for the Vendee Globe singlehanded non-stop race as the first boat over the finish line was not the overall winner – which is very unusual!

Let me explain. In mid-December Kevin Escoffier was rescued from his sinking vessel by three competitors who diverted from their chosen courses to assist a man in distress. For their efforts, all three were awarded a time bonus by the International Jury for the amount of time deemed to have ben used by diverting from their chosen course.

As a result, despite Charlie Dalin being the first skipper over the finish line, it was Yannick Bestaven, the 48 year old French skipper of Maître Coq IV who actually won the race after his time bonus of 10 hours and 15 minutes was subtracted from his finishing time, giving him victory over Dalin by 2 hours and 31 minutes.

Bestaven was one of the two skippers who led the fleet for the longest time: 26 days.

Although he was not tipped among the fancied, possible winners of the race, Bestaven revealed himself as an outstanding performer on his first time in the southern oceans where he was at his best in the Indian Ocean, passing Australia’s Cape Leeuwin in third place and then in the Pacific, emerging first at Cape Horn with a 15 hour lead.

After then building the biggest margin of the race, 440 hard earned miles thanks to a smart climb up the South Atlantic, Bestaven must have thought his chances of winning this Vendée Globe were over, when during three frustrating days all but becalmed south of Rio, he saw his margin evaporate like snow in the hot Brazilian sun.

But he proved his race winning credentials as he fought back into contention by the Azores. His final, key move proved to be choosing to head north on the Bay of Biscay which allowed him to arrive on the heels of a low pressure system and accelerate faster on a long, direct track into Les Sables d’Olonne over the last 24 hours, chasing Dalin and Burton across the line to hold his time to win outright.

Over an ocean racing career spanning nearly 20 year Bestaven has tasted success in the Mini class – winning the Mini Transat in 2001 – and then in Class 40 where he twice won the Transat Jacques Vabre. But, after he was one of the first to be forced out of the epic 2008 Vendée Globe when he was dismasted on the Bay of Biscay less than 24 hours into the race, he has taken his time to return to the Vendée Globe with a well appointed programme which saw him put together a small, hand picked team of specialists from all fields including the America’s Cup. He is also a successful entrepreneur who owns and runs Watt & Sea, a company which develops hydrogenerators fitted to most of the competing IMOCAs.

Interestingly his boat is not one of the latest generation foilers, yet he was able to maintain high average speeds in the south and remained competitive in more moderate conditions.

Germany’s Boris Herrman was in contention for a podium position until he collided with a fishing boat 90 miles from the finish line. From all accounts the fishing boat was not transmitting on its AIS!