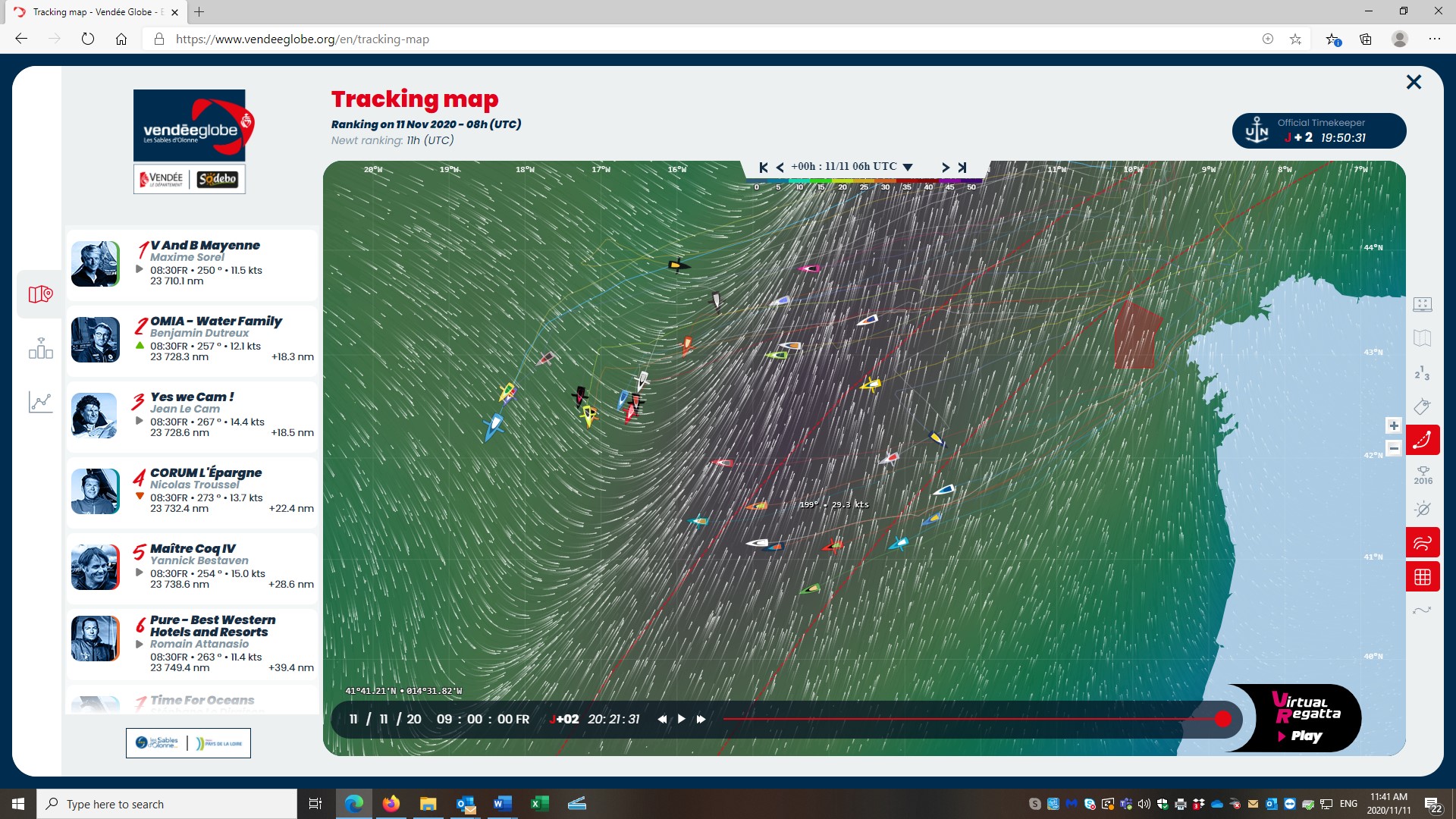 By Rob Sharp
(Brought to you by Abromowitz Sharp & Associates – Yacht Brokers – https://www.yachtbrokers.co.za)

Last night proved to be the first real weather test for the Western Fleet as they battled through the front with winds gusting up to 40 knots. The Eastern Fleet are now all on Port barring Clement Giraud and are experiencing slightly less heinous conditions than what the Westerners did last evening, but still in the blow nonetheless.

Sadly Armel Tripon on the “scow bow” (‘Occitane en Provence’) has turned East to head for the shelter and shallow waters off La Coruna to anchor and effect repairs to the J3 hook issues he encountered during the big blow last night.

The 270 mile East West split in the fleet demonstrates that this fleet is taking social distancing seriously…..

The guys and girls in the West have popped out the back of the front and have cracked sheets and are easing along at speeds in excess of 16 knots on a SSW heading albeit in a 4 – 5 metre seaway. Up front of them is a named depression (Theta) and the idea is for them to skirt over the top of Theta to the North and slide down the back end on the west side assuming boat speeds are sustained and the path of the depression is steady. 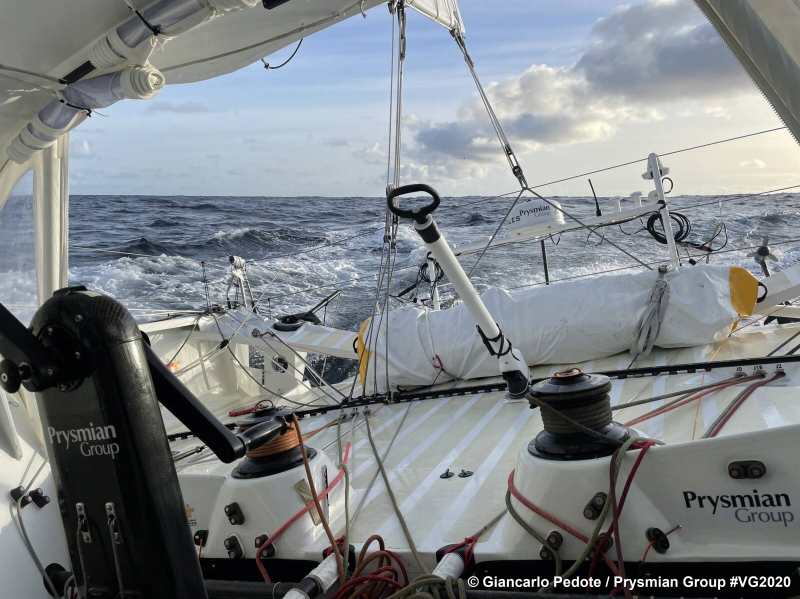 Never a dull moment out there for these intrepid skippers and its 24/7 concentration for them.

What this means from the point of view of the weather they have had, and looking forward, the trade winds are not that well established and a quick crystal ball into the future is showing the 2016 record set by Alex Thomson and the old Hugo Boss will remain intact at 9 days and 7 hours from start to the equator.

Top of the leader board this morning lies Maxime Sorel (‘V and B Mayenne’) as he finds himself the southern most boat and closest to the theoretical course, however, with boat speed and VMG some 6 knots off the pace of the Western front runners, the converging course they currently find themselves on may well prove that west was indeed best.

In breaking news this morning, Jérémie Beyou’s team informed Race Control that last night, he had to make a temporary repair to his rudder control before facing heavy weather. At the same time, it struck an UFO and one of the rudders was damaged. He plans to consolidate a more permanent repair as soon as weather conditions allow.

Sadly this is not going to be the only report we will read and hear about, and we can only hope that the attrition rate is kept to a minimum.

(Brought to you by Abromowitz Sharp & Associates – Yacht Brokers – https://www.yachtbrokers.co.za)