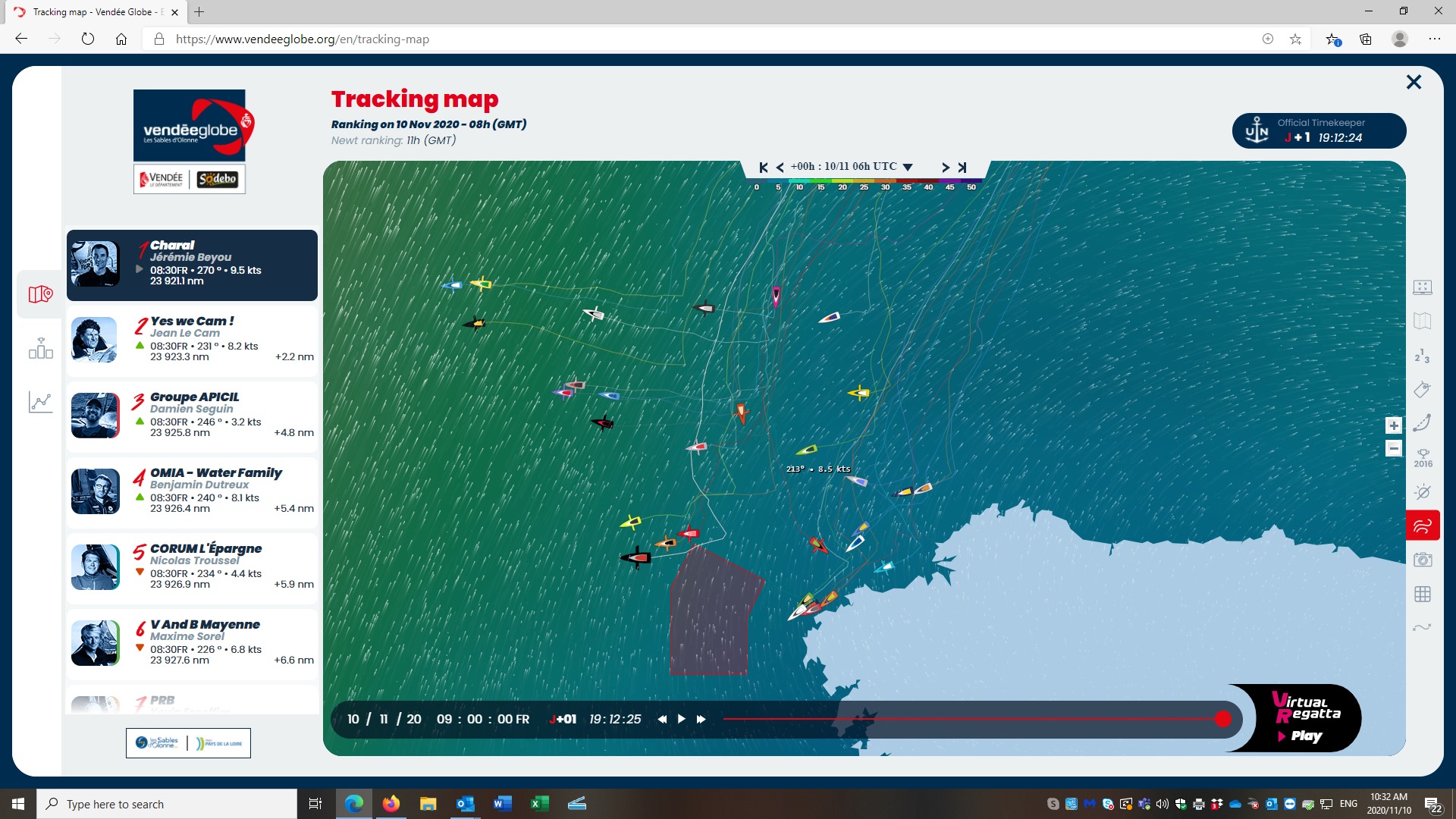 by Rob Sharp
(This report is brought to you by Abromowitz Sharp & Associates – Yacht Brokers – https://www.yachtbrokers.co.za)

With the Vendee fleet now having exited the Bay of Biscay there has been a definitive split in the fleet with the bulk heading West in search of bigger breeze, which for sure is a building one at that, but on the nose. Onboard ‘Linked Out’, Thomas Ruyant heads the charge west and close on his starboard quarter you will see the somewhat overzealous starter, Louis Burton. Hooked on Ruyant’s port hip to weather is the scow bow ‘L’Occitane en Provence’ who is putting in a good early showing.

You will see the Eastern Fleet has had to commit to be inshore of the forbidden area of the TSS (Traffic Separation Scheme for shipping) and the popular 61 year old Frenchman, Jean Le Cam (‘Yes We Cam!’) leads the inshore brigade down the Western side of Spain, a dead beat to clear the TSS and in lighter airs will see the eastern fleet lose to their western compatriots on the distance to go board. 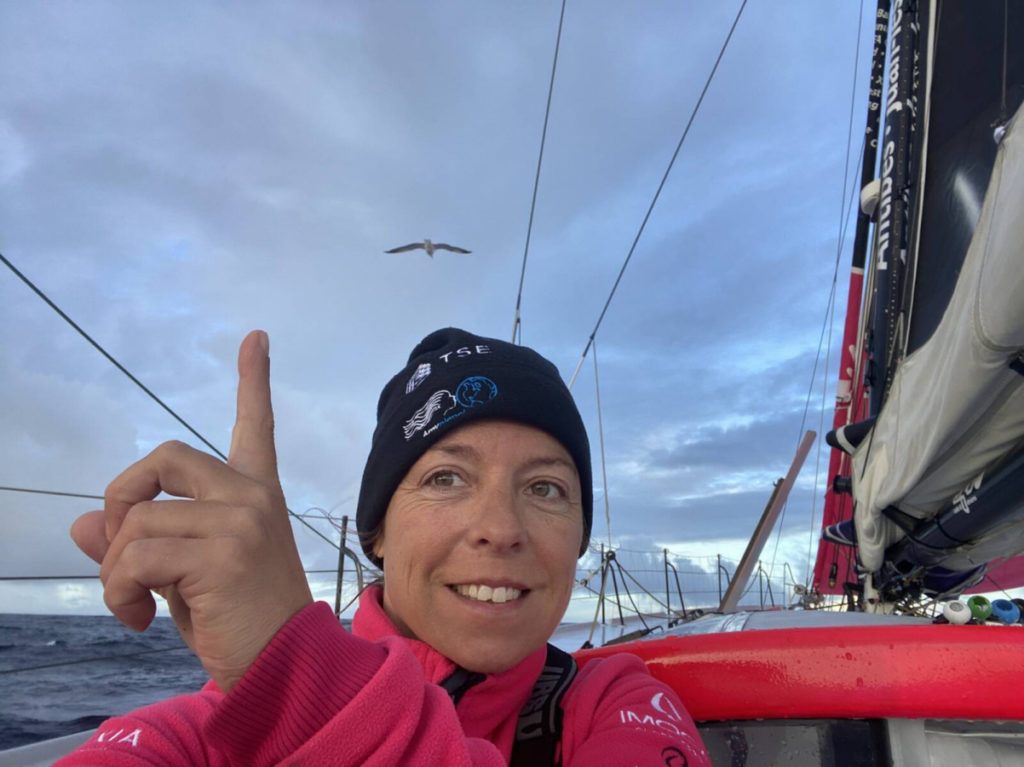 The leader today based on being the southern most boat on the theoretical course line is one of the pre-race favourites, Jeremie Beyou on the flying foiler ‘Charal’ who has positioned himself in the middle of the two packs. The western fleet will arrive in the stronger southerly breeze first and already are seeing double digit boat speeds compared to their eastern neighbours.

All of today and most of tomorrow sees the breeze out the south and building until the front passes over the fleet. Again the west will be richer than the east with the left handed boats first to ease the sheets.

Last evening saw the first casualties in the appendage snagging ward with both Jérémie Beyou (‘Charal’) and Alex Thomson (‘Hugo Boss’) hooking fishing gear on their various appendages. Both have now cleared them. Alex added to his cocktail of woes during the night when his J3 sheet let go. Also losing out on some 15 miles as reported by Thomas Ruyant (‘LinkedOut’) when an uncalled unscheduled headsail unfurled. Somehow these things don’t happen in broad daylight in 10 knots of breeze do they?

(This report is brought to you by Abromowitz Sharp & Associates – Yacht Brokers – https://www.yachtbrokers.co.za) 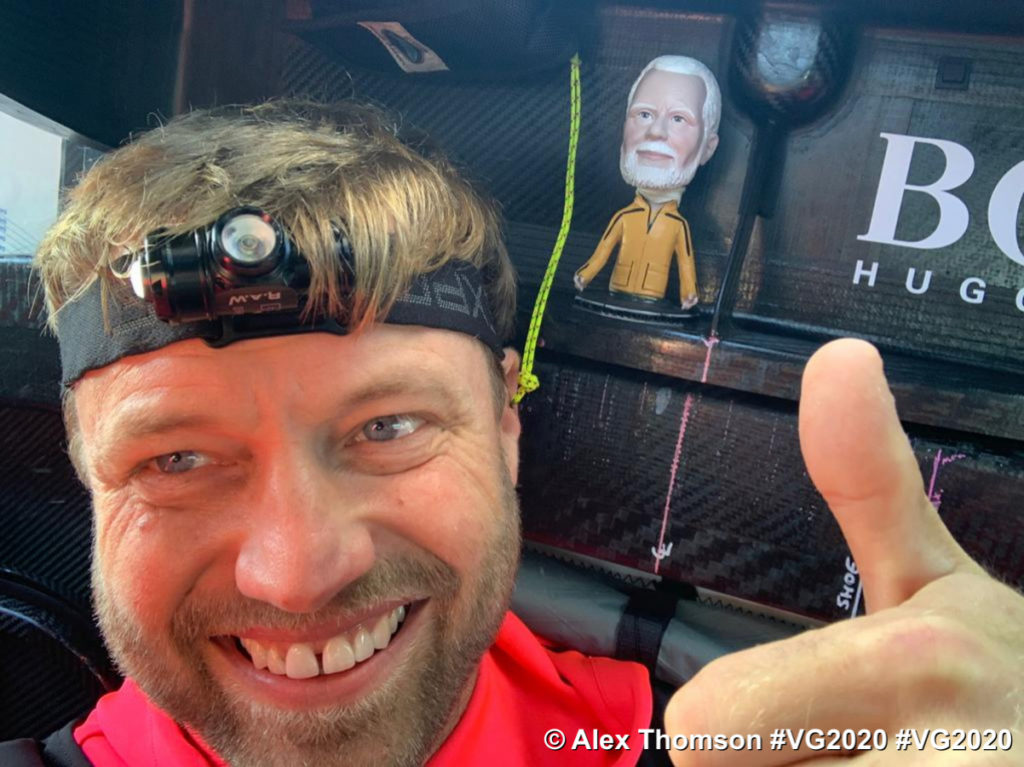