Transat Jacque Vabre: Thomson Stitching South with One Eye of the Needle on Rugby World Cup! 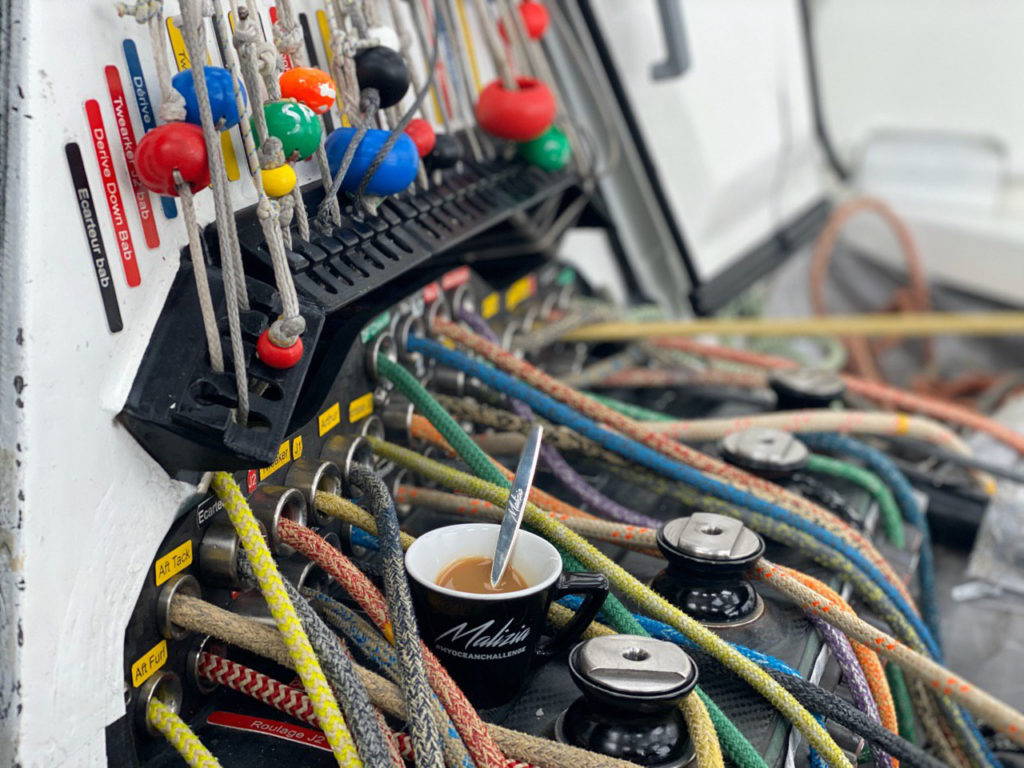 Anyone for coffee – and spaghetti!

As he beats his way down the North Atlantic in an increasingly unfavourable position, Britain’s Alex Thomson looked forward to England playing in the Rugby World Cup final on Saturday morning with the good omen that he watched the last one in Salvador at the end of the Transat Jacque Vabre 16 years ago.

“I’ve got goose bumps just thinking about it,” Thomson on his 60ft monohull, ‘Hugo Boss’, said. “I guess I might go on the BBC sport website, there aren’t many other options on here. I’m looking forward to that, and I watched the final of the last one that we won in 2003, in Salvador, so it brings back good memories.”

It was no Halloween horror show, but day 5 of the 14th edition of the Transat Jacques Vabre Normandie Le Havre may prove to have been a decisive upwind blow to the chances to the six – including two the latest generation foilers – who went west.

Given the worsening position for the IMOCA60s that chose the western option, Thomson would probably settle for the excellent second place he took in 2003 with Frenchman, Roland Jourdain, as his co-skipper (England’s 2003 World Cup semi-final against France was a little more divisive).

There may also be pressure to share a half with his British co-skipper for this race, Neal McDonald, also ‘Hugo Boss’s’ performance manager. And both will at least be stitching as they watch the updates, trying to mend a torn reaching sail that they will need “in about 30 hours we reckon.”

“I don’t know (how they will divide it), probably one of us will be banging in needles, the only problem is we’ve broken quite a few, so we’ve only got three needles left.”

The sail was damaged while passing Ushant and Thomson is not sure what caused it. “No, not really, we’d have to speak to the sailmakers, but it shouldn’t have happened that’s for sure,” said. 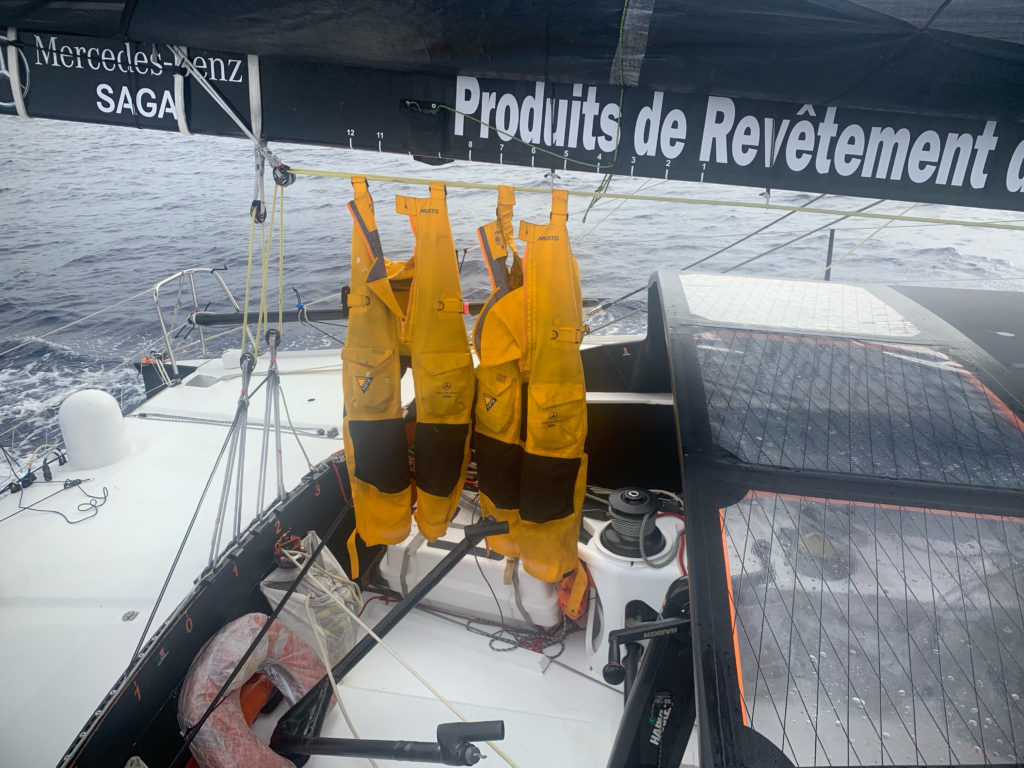 Drying out aboard PRB.
pic by Team PRB

But the effect has been clearer; “any spare time is being taken up banging needles through what feels like concrete.” And he says it forced them to take the western option rather than head south, where the current leaders were making their way through a ridge of high pressure off the coast of Morocco, that has been more benign than expected.

“Yes, the routing doesn’t look very good now; it looks terrible actually,” he said. “but with regard to what we’re trying to do, things are going very well really, couldn’t be happier. It’s a bit of a shame that this western option doesn’t look very nice anymore, but c’est la vie.”

Overnight from Wednesday to Thursday the odds lengthened dramatically on the bet in the west. Not only is the ridge of high pressure around the archipelago of Madeira looking much easier to negotiate for the southerners, but after emerging from a torrid low-pressure system, the westerners look like facing their own ridge.

It looks like we can much more comfortably say that the leader board is the right way up this morning. 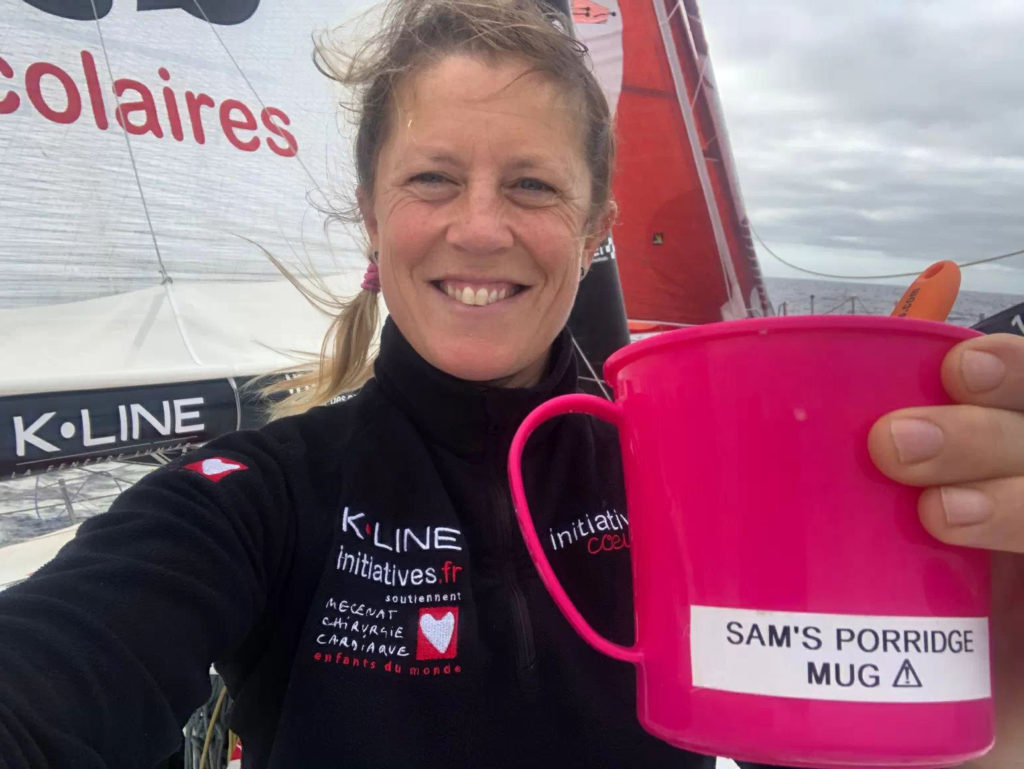 Southerners Get Ready for Take-off
Britain’s Samantha Davies (‘Initiatives-Cœur’) has jumped two places to third, with ‘PRB’ dropping back after having to complete a 1h30min penalty for inadvertently breaking an engine seal. But perhaps ominously, the two of French latest generation foilers have opened up a small gap of 30 miles in just eight hours. In the morning just 15 miles separated the front five.

‘Apivia’ took the lead from ‘PRB’ and hot pre-race favourite, ‘Charal’, are just five miles behind and on almost an identical track toward Madeira, are, with nearly 20 knots, two knots faster. The pursuers are still stuck at 10 knots in the ridge.

As Charlie Dalin (‘Apivia’), who took the lead from ‘PRB’ overnight, reminded us this morning: “The order of entry into a ridge is less important than the order of exit. That’s where the real gains are made.” The trade winds await them.

The westerners are mostly beginning to tack south this morning and face 25 – 30 knots south south-westerlies on a route east of the Azores. 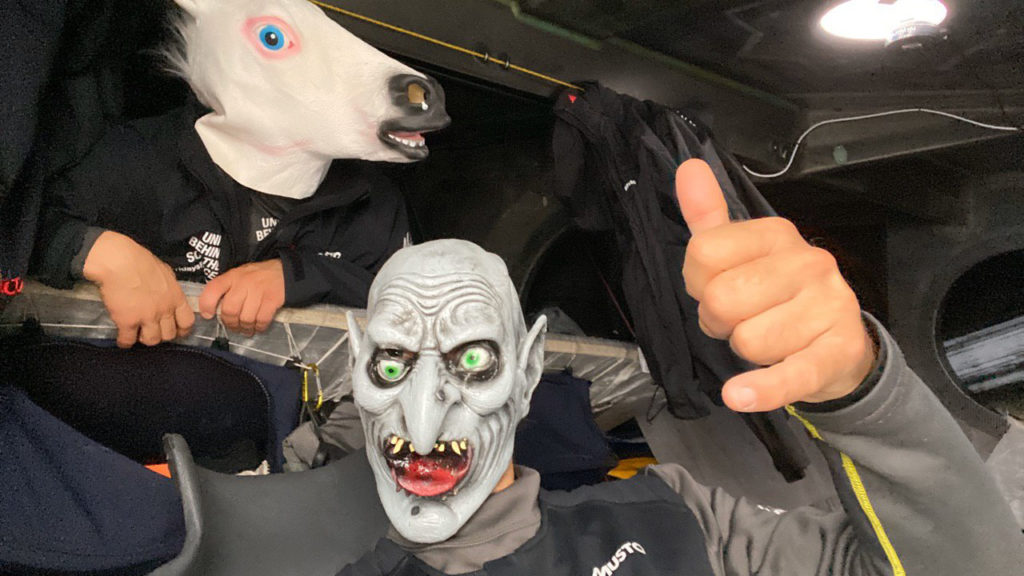 The crew of Malizia II Monaco Yacht Club hamming it up for Halloween.
pic by Team Malizia II

Class40: From Chess to Sprinting
The split in the Class40 is almost invisible by IMOCA standards, but it still could be significant for the fleet.

Kito de Pavant, racing in his 10th Transat Jacques Vabre, with co-skipper Achille Nebout, had taken the lead by the morning after tacking south while the overnight leaders.

“The good news of the morning is that we are leading the Transat Jacques Vabre,” de Pavant said. Not by much! But yesterday we were 15 miles behind, so we worked well. We are now off to Portugal en route to Madeira.”

On paper they were 9 and 16 miles behind at the 15h00 UTC ranking. They are about 150 miles north-west of the ‘Made in Midi’ and are in stronger, 20-knot south-westerlies. “We could not go further south, we had a wind hole, but those who were there (already south), they didn’t not stop,” Leboucher (‘Aïna’) said. “We will see in 2-3 days. “We’re expecting the wind from this famous depression to arrive soon.”

But they in turn are watching, ‘Crédit Mutuel’, a Lombard-design launched this year, and one of the favourites is 50 miles further north-west. “Our shift north? We still don’t know if it will be beneficial, but we think it’s not that bad,” Ian Lipinski (‘Crédit Mutuel’) said. “We looked at IMOCA, we thought that the options were more pronounced for them. There are far more spectacular gaps (between them) than for us. We are in a changing mode now: it was a game of chess and now it will about pure speed for a few days.”