Tokyo the Target for SA Sailors Daniel and Burger 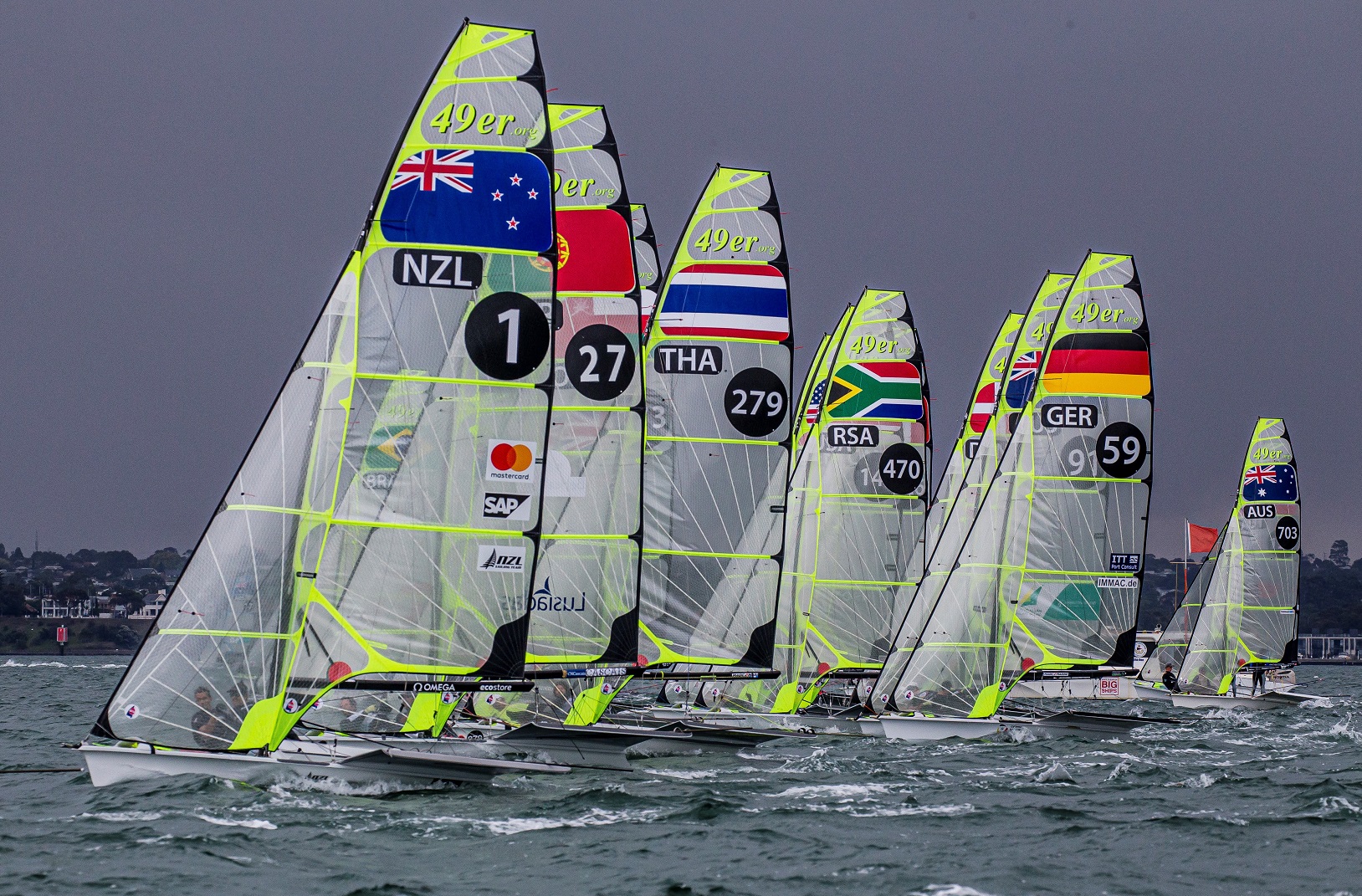 The duo, who raced to glory at the 29er World Championships in 2017, have progressed to the Olympic 49er class and are in a determined quest to qualify for the Tokyo Games.

Daniel (19) and Burger (23) competed at the 49er World Championships in Geelong, Australia from 9-15 February. While it didn’t go entirely as planned, they gained crucial experience to continue their qualification mission.

The Cape Town-based duo finished 57th overall out of 78 teams, with the world title being claimed by the Kiwi pair of Peter Burling and Blair Tuke.

Describing the racing, Burger explained: “Our aim for the event was to finish in the top half, this being an important milestone for us that we have not yet achieved. That meant we would have to make it into the silver fleet for the final phase.

“After the first day got cancelled due to too much wind, we had two quick, back-to-back days of racing to conclude the qualifying series. We had a reasonable first day, putting us on the edge of the silver fleet.

“We then started strong on the last day of qualifying followed by a reasonable result putting us within reach of silver. Going into the last race we needed something reasonable to seal the deal. Unfortunately we thought we had to do more than we actually needed to, and sailed a riskier race that didn’t pay off.

“We missed silver fleet by a few points. Disappointed as we were, we spent the last three days of the regatta trying to get good finishes in the bronze fleet and capitalising on the opportunity to gain more racing experience.

Adding what they had gained from the experience, Daniel said: “We have learnt and seen that success in Olympic circuit sailing is much like the process of building a house. It cannot be done overnight, but rather over a long period of time by putting individual bricks, one at a time, into place.

“Being quite a new team we have many skills to still develop and due to the sheer volume of bricks we still need to lay, it can easily become quite daunting or unclear as to what exactly requires the most attention.

“However, after a few regattas now, we have identified that one of our biggest areas for improvement lies in the experience of racing in big, competitive fleets – something that can only be solved by doing more regattas. We plan to completely fill our calendar up and do as many events as possible in the next few months. We are looking forward to more, hard racing and the many more, hard lessons still to be learnt.”

Olympic qualification is still very much at the forefront of their efforts. As Burger explained: “Firstly, we need to win the African qualifier in Genoa in April. We also need to perform well at the Asian Championship in Abu Dhabi in March and at the European Championship in Garda in May. And we have to meet several other metrics set out by the federation and SASCOC in order to be selected.”

Should they earn that place on Team SA, the Olympic 49er sailing programme kicks off on 28 July at the Enoshima Yacht Harbour. The last South African duo to represent country at the Olympics was Asenathi Jim and Roger Hudson in the 470 class in Rio 2016, with the pair also having competed in London four years before that. Stefano Marcia was also on the Olympic team in 2016, competing in the Laser class in Rio.

“Right now we are fully focussed on the goal of reaching the Tokyo Olympics and performing as well as we can there for South Africa,” said Daniel.

“At the end of this Olympic cycle we will think about 2024. One year into this 2020 cycle we were still sailing the youth version of the 49er, the 29er class, where we did well in 2017 winning the worlds in the USA. In 2018 we got into training in the 49er, just 18 months before the Tokyo Olympics. We are pushing extremely hard right now to keep South Africa in Olympic sailing at Tokyo 2020.”