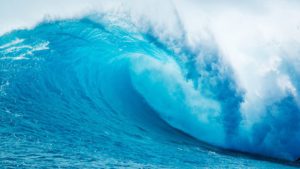 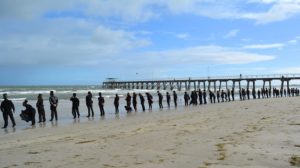 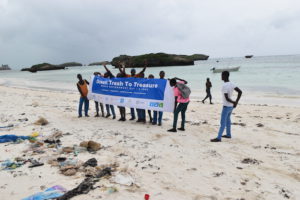 Yes, today, Thursday 8 June 2017 is World Oceans Day. It can be celebrated in many different ways according to individual tastes, although the best way would be to get involved and do something positive for the oceans and our environment as a whole.

The oceans cover about two-thirds of the surface of the Earth and are the very foundations of life. They generate most of the oxygen we breathe, absorb a large share of carbon dioxide emissions, provide food and nutrients and regulate climate. They are important economically for countries that rely on tourism, fishing and other marine resources for income and serve as the backbone of international trade.

Peace and security are also critical to the full enjoyment of the benefits that can be derived from the oceans and for their sustainable development.

This year’s theme for the Day is “Our oceans, our future” and is connected to the Ocean Conference taking place from 5 to 9 June at United Nations headquarters in New York.

Why celebrate World Oceans Day?
• To remind everyone of the major role the oceans have in everyday life. They are the lungs of our planet, providing most of the oxygen we breathe.
• To inform the public of the impact of human actions on the ocean.
• To develop a worldwide movement of citizens for the ocean.
• To mobilize and unite the world’s population on a project for the sustainable management of the world’s oceans. They are a major source of food and medicines and a critical part of the biosphere.
• To celebrate together the beauty, the wealth and the promise of the ocean.

Sailors for the Sea 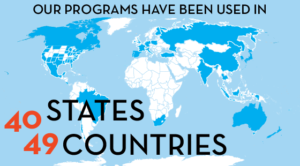 Sailors for the Sea is an organisation whose aims are to unite boating enthusiasts to protect the ocean, with its programmes used in 49 countries.

In 2016 over 1,300,000 people engaged with Sailors for the Sea’s programmes and social media. Together we are creating a powerful wave of change – but we know it’s going to take all of us to get the job done. Join our crew to be ready for action!

Sailors for the Sea have 4 key programmes that give you the tools and knowledge to take action.

Clean Regattas: The world’s only sustainability certification for water-based events with 25 Best Practices to ensure your regatta reduces its environmental impact. Used globally by everybody from Opti sailors to the America’s Cup competitors – over 1,000 regattas and 400,000 sailors have participated in the programme.

KELP: Kids Environmental Lesson Plans are easy to teach, use items found around the house and you don’t need to be a scientist to understand them. Over 110,000 students at 600+ organizations have been inspired to know and love the ocean through KELP activities.

Ocean Watch: A series of monthly articles that will transport you around the world as you explore the ocean and learn about the challenges it faces while discovering the unknown. Over 240,000 readers have learned how they can make difference. Join them today!

Green Boating Guide: A practical, resource filled handbook that answers questions like which non-toxic cleaning products actually work and what is the best battery for the environment and my boat. New in 2016, it has quickly become the go-to guide for boaters to reduce their environmental impact. 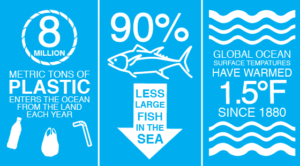 Factsheet: Marine pollution
Marine debris
• More than 8 million tonnes of plastic enter the oceans each year, equal to dumping a garbage truck of plastic every minute. As much as 80 per cent of all litter in our oceans is made of plastic.
• As many as 51 trillion microplastic particles — 500 times more than the stars in our galaxy — litter our oceans and seas, seriously threatening marine wildlife.
• Marine debris is harming more than 800 species. 40 per cent of marine mammals and 44 per cent of seabird species are affected by marine debris ingestion.
• According to some estimates, at the rate we are dumping items such as plastic bottles, bags and cups after a single use, by 2050 oceans will carry more plastic mass than fish, and an estimated 99 per cent of seabirds will have ingested plastic.
• Plastic waste kills up to 1 million sea birds, 100,000 sea mammals, marine turtles and countless fish each year. Plastic remains in our ecosystem for years, harming thousands of sea creatures every day.
• Abandoned, lost or otherwise discarded fishing gear in the oceans makes up around 10 percent (640 000 tonnes) of all marine litter. This gear continues to catch fish through so called “ghost fishing”, and also traps turtles, seabirds and marine mammals.

Land-based activities
• 80 per cent of all pollution in seas and oceans comes from land-based activities.
• Nitrogen loads to oceans roughly tripled from pre-industrial times due to fertilizer, manure and wastewater. The global economic damage of nitrogen pollution is estimated at $200–800 billion per year.
• In many parts of the world, (urban) sewage flows untreated, or under-treated, into the ocean.
• Pollution and eutrophication (excessive nutrients in water) are also caused by run off from the land, which cause dense plant growth and the death of animal life. The five large marine ecosystems most at risk from coastal eutrophication are: Bay of Bengal, East China Sea, Gulf of Mexico, North Brazil Shelf and South China Sea.
• Increased nutrient loading from human activities, combined with the impacts of climate change and other environmental change has resulted in an increase in the frequency, magnitude, and duration of harmful algal blooms worldwide. These algal blooms can contaminate seafood with toxins, and impact ecosystem structure and function, recreational activities, fisheries, tourism and coastal property values.
• Nutrient over-enrichment from agricultural, municipal and industrial sources contributes to the so called “dead zones”—hypoxic regions that exhibit oxygen levels that are too low to support many aquatic organisms including commercially desirable species. The extent and duration of “dead zones” is also increasing worldwide.

Oil spills
• Oil tankers transport some 2,900 million tonnes of crude oil and oil products every year around the world by sea. In addition to large tanker incidents, small oil spills happens every day, due to drilling incidents or leaking motors, and cause the death of birds, marine mammals, algae, fish and shellfish.
• Oil spills remain a concern, though actual spills have decreased steadily for several decades.