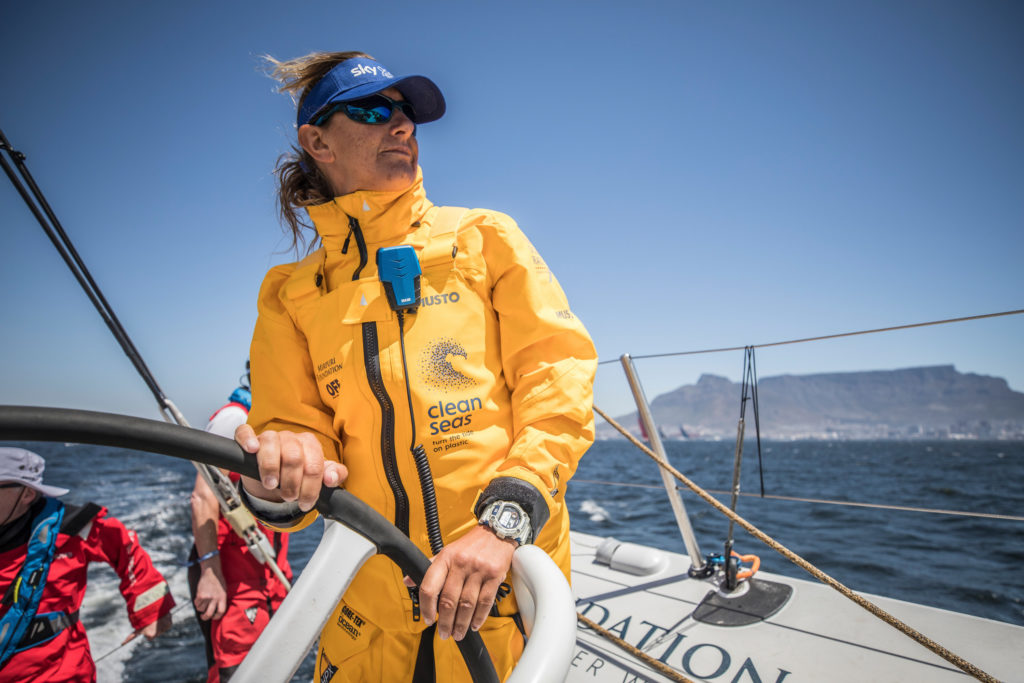 Volvo Ocean Race skipper Dee Caffari, whose Turn the Tide on Plastic boat is collecting samples that are analysed for levels of microplastics, has welcomed the news that the UK Government has introduced legislation to ban the manufacture of plastic microbeads.

The Turn the Tide on Plastic boat, which is currently in the Pacific Ocean competing on Leg 4 of the 45,000 nautical mile round the world race, is gathering the data as part of a ground breaking scientific research programme that has already identified over three million microplastic particles per square kilometre of ocean in European waters.

Dee, who is one of Britain’s most famous sailors having been the first female to circumnavigate the globe solo and non-stop in both directions, is currently racing from Melbourne to Hong Kong, and said: “To be in Leg 4 of the Volvo Ocean Race, many miles from land, and to hear the news that the UK Government has introduced the microbeads legislation is great.“

She added: “The reality is that we are seeing the impacts plastics are having on our seas as we travel round the world. We are coming across some obvious plastic and human debris in the water.

“With the science experiments, we’re carrying out on board the boat, we are able to get raw data on the microplastics.

“We are collecting reference data that people can’t ignore so, hopefully, in the future, we’ll see a change in the amount of microplastics in the water and through the introduction of legislation and through people making positive decisions we will continue to have an impact.”