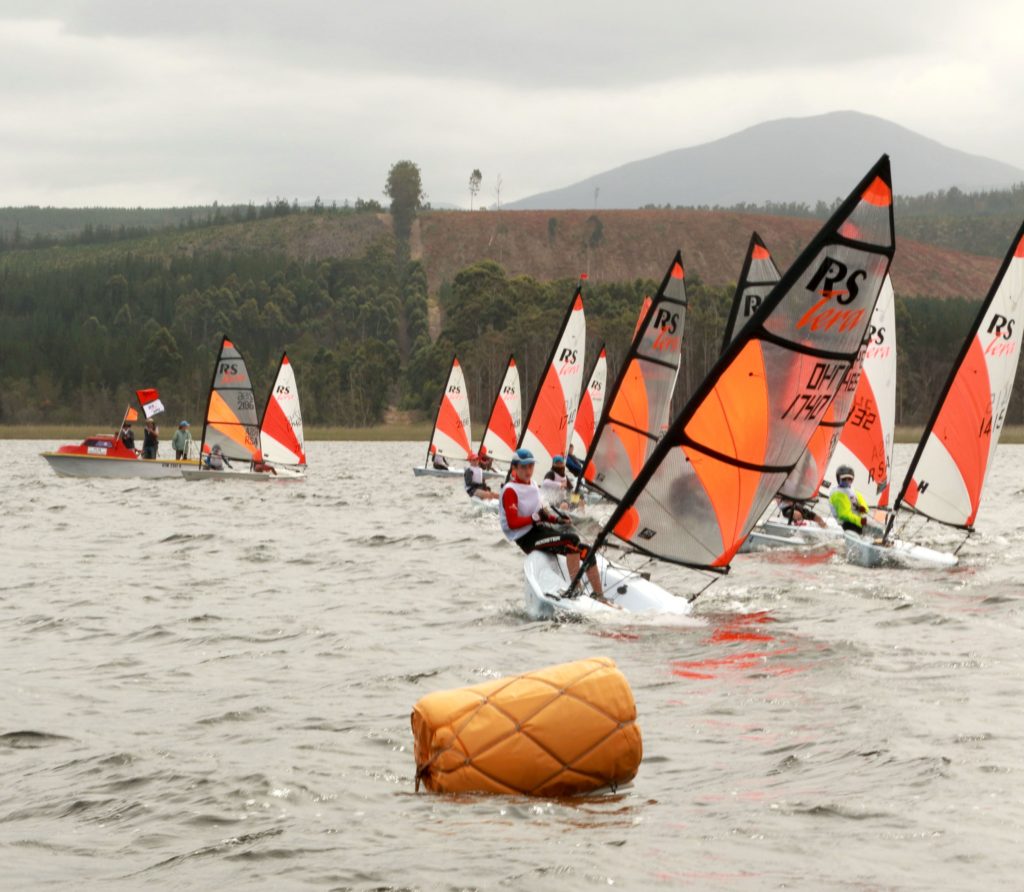 The start of a race in the Tera Nationals, with James Vonk getting a good start.
pic by Rob Holden

The 2018 National Championships for the RS Tera class of sailing dinghies was hosted by Pine Lake Marina at its Swartvlei Lagoon venue. The event attracted 17 boats in the smaller sail Tera Sport category and ten in the Tera Pro category. 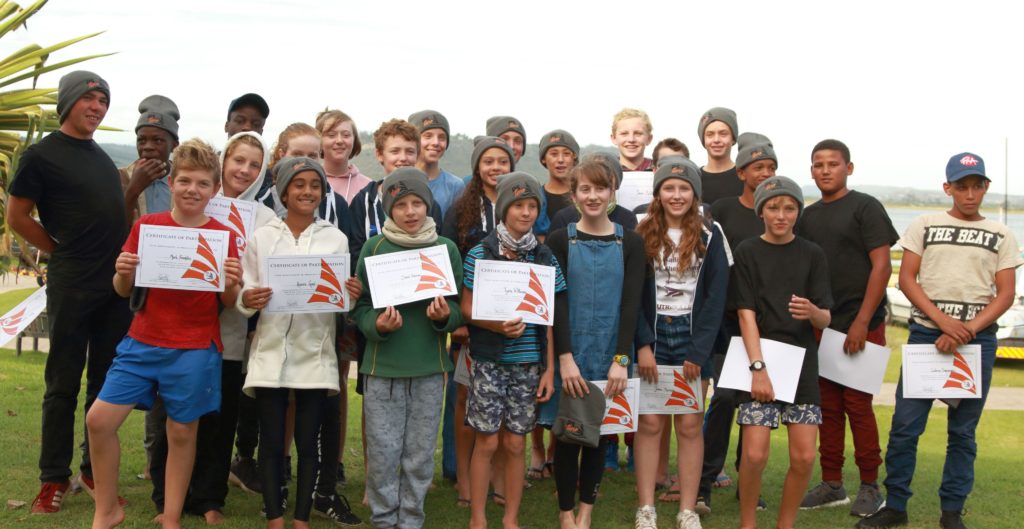 All the competitors in the 2018 Tera National Championships at the prizegiving with their certificates.
pic by Rob Holden

Racing commenced on Thursday in a south westerly wind and two races were sailed in the morning until this breeze died. A light south easterly wind prevailed in the afternoon for two more races. At this stage, Mossel Bay’s Oliver Holden was in the lead in the Sport fleet, with 3 firsts and a 2nd. He was ahead of Rhys Whitfield (Cape Town) and Sean Vonk of George. Sean was sailing his first regatta on a Tera, coming from the Optimist fleet. The Pro fleet had James Vonk winning all 4 races, ahead of Eve Gardiner (Cape Town) and Jamie McGillivray and Cameron Hills (Port Elizabeth) 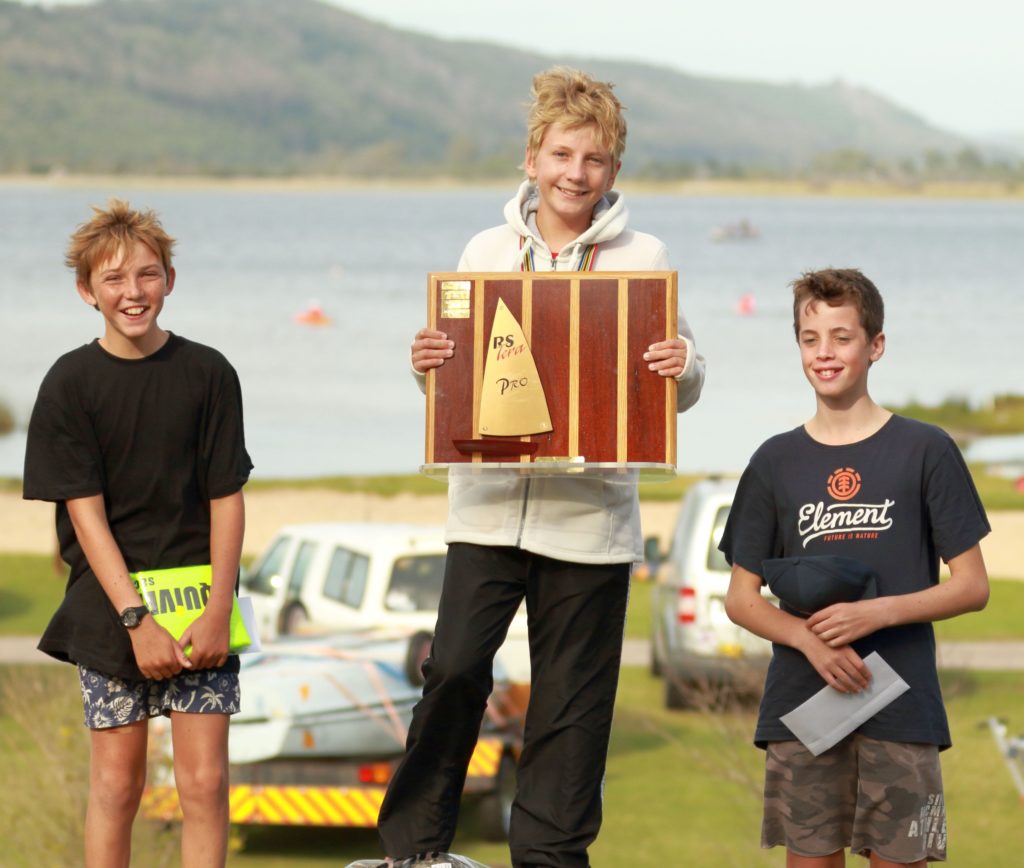 Friday morning had a strong south westerly wind, with two races sailed. In the afternoon, it faded, permitting three more races to be completed. James Vonk continued his dominance of the Pro fleet, with another string of firsts. Rhys Whitfield took over the lead in the Sport fleet by being the consistent race winner, leaving it to Holden and Vonk to fight for the minor placings. Three final races were sailed on Saturday morning in a strong south wester to reach the set number of 12 races. Once again, James Vonk couldn’t be toppled at the head of the Pro fleet. Whitfield had the regatta secured and permitted Holden and Vonk to take race wins. 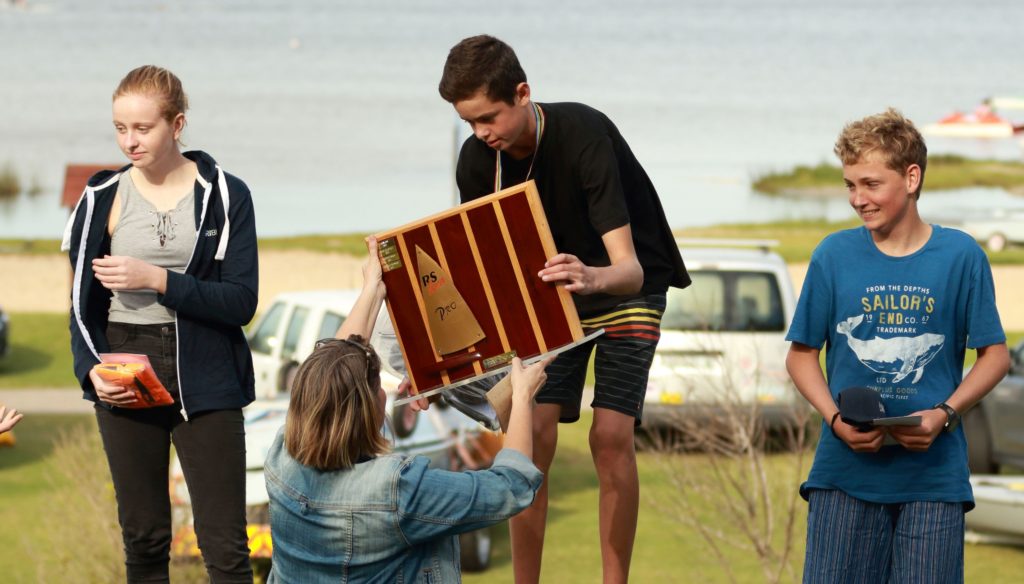 The Tera Pro podium – James Vonk being presented with the National Champion trophy, with Eve Gardiner and Cameron Hills.
pic by Rob Holden

At the prize giving, the RS Tera Pro National Trophy was awarded to James Vonk. Second overall and first girl in this fleet was Eve Gardiner, ahead of Cameron Hills. The best Knysna entrant in this fleet was Ryan Hughes in 5th place. The RS Tera Sport National Trophy was awarded to Rhys Whitfield, with Oliver Holden in second place and Sean Vonk in third. The next Mossel Bay boat was sailed by Ashley Layland to 5th place (and first girl), ahead of club mate Jowayden Jacobus (6th). 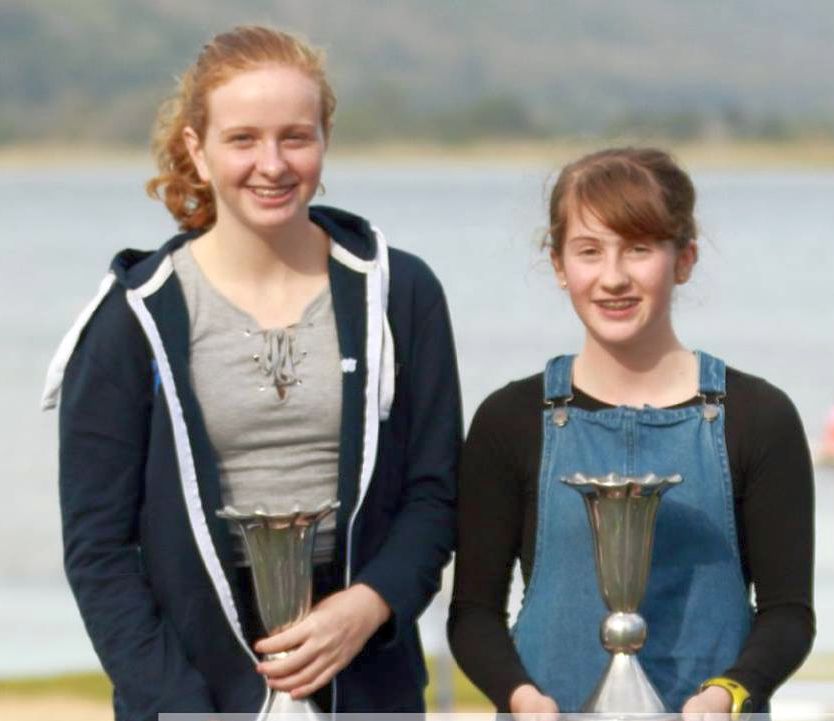 This event was also the final selection event for the Tera teams going to the next RS Tera World Championships, to be held in Weymouth, England. Taking into account performance in the previous Youth Nationals and Regional Championships, the top three in the Tera Sport selections are Rhys Whitfield, Ashley Layland and James Matchette. In the Tera Pro team are James Vonk, Cameron Hills and Jamie McGillivray.

Grateful thanks go to Pine Lake Marina, for providing its facilities and venue for the event. The RS Tera Class also wish to thank its many sponsors of prizes awarded – Chilloes Hartenbos, the Mossel Bay branches of McDonalds, Blitzdruk, Romans, Baruchs, Shell, Bricks for Africa, Dhamai Distributors and ABSA (waterbottles and string bags), also Quiver and Garden Route Sailing. 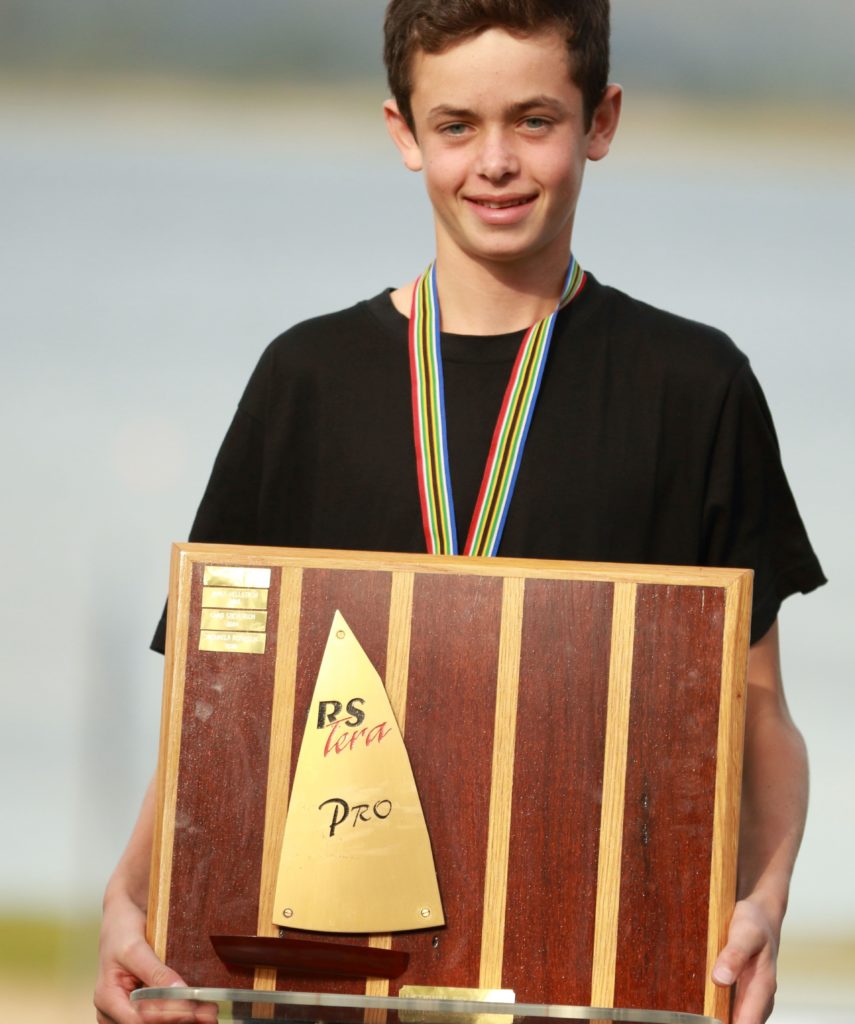