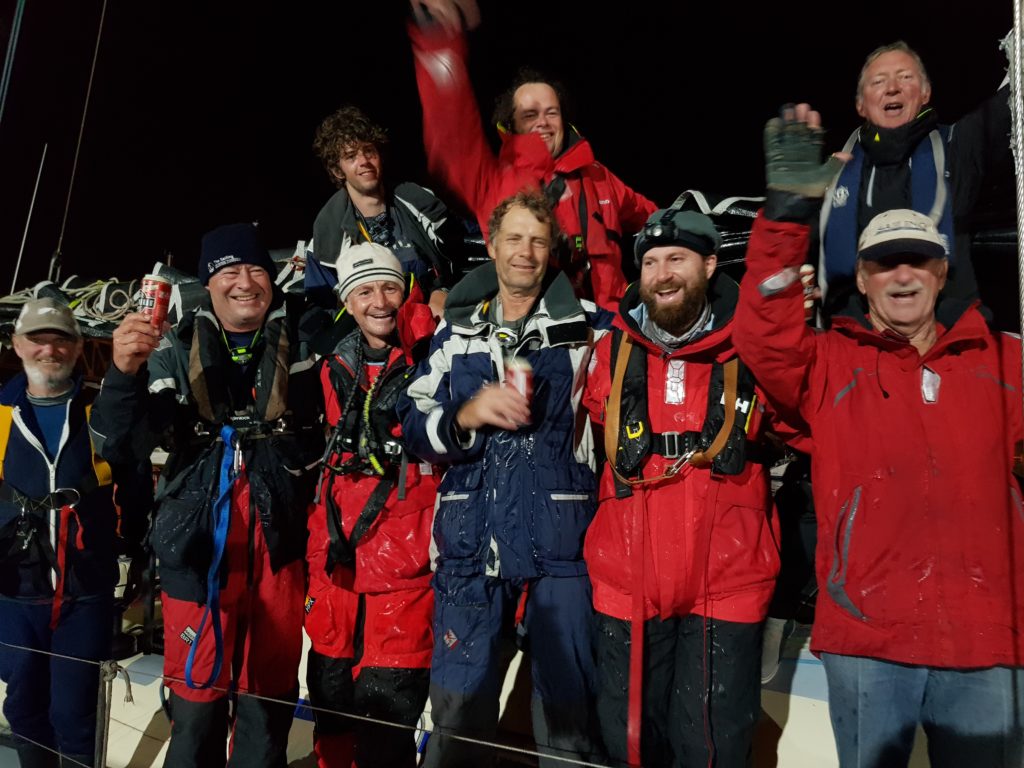 Nigel Milln and his Phezulu Crew who took line and handicap spoils in 2021.

The number 13 is lucky for some although many fear it as they associate it with bad luck. Let’s just hope that it’s not a bad omen for this year’s Vasco da Gama Race which starts on Sunday – and has 13 competing yachts!

To sum up the fleet in a single word, “eclectic” springs to mind as it is so diverse with no two boats alike.

That also means that there could be keen competition between boats, and that a broad spectrum of the fleet could be in line for the spoils, as some of them are racing in anger with new owners and crew for the very first time.

I always believe that with this race, unless the boat and entire crew are up to what is generally a tough race, their chances of finishing with a share of the spoils is diminished exponentially. This is not to be construed as a negative comment, but rather as an honest appraisal of a tough and sometimes relentless race. It needs a strong boat as well as strong competent crew.

I have always viewed Vasco as a navigator’s race simply because of the many choices one has to make when tackling the stretch of coast between Durban and East London. It’s never a case of simply taking the rhumb line course as one has the wind direction and its vagaries over at least a 48 hour period to consider. The Agulhas Current position and strength is critical to a good race, as too is land breeze as winter hastens upon us. Thus, the navigator has to have all that information at his finger tips, to be able to interpret it, and turn it all into a race winning course. Gone are the days of simply saying we will hit the current and hope for the best.

The question on everyone’s lips is simply this: who will win?

But first remember that the winner of the race is the boat that wins on handicap, not the boat which gets to the finish line first.

In terms of handicap there are two stand-out boats that one believes should win, but both these boats are new to the owners and crew, which may lengthen their odds somewhat. I am referring here to both ‘Regardless’ and ‘CFM II’. ‘Regardless’, a Farr 40 has the pedigree to walk the race as she is a good, fast all-rounder, but her crew and their experience may not see her sailed to her fullest. She has good crew, but this will be their longest passage to date. ‘CFM II’ on the other hand has a skipper who is known to stick with a tried and trusted crew who have brought him much success over the years. Yet the boat, a Matt 1180 is new to them all, and is a twitchy steed which may be difficult to tame and push to its fullest until they get to know her better.

‘Bellatrix’ a Beneteau 40 has the ability to be in the mix, but having not competed in a Vasco for some years now, this may count against her.

Waiting in the wings, should she get it all right on the day, is ‘Rocket’, whose skipper and crew has tons of mileage together around the South African coast, and who would like nothing better than to win. Her skipper, Herbie Karolius, won overall in 1997 when the race went to Port Elizabeth, so he does know what winning feels like, and is no doubt keen to experience that again.

‘Adios’, a Fast 42 sailed by John Tudehope, also has the ability, although Tudehope prefers to sail with just a handful of crew, short of the number needed to sail fast, so this will count against her.

Outsiders with the ability to spring surprises are several other boats like ‘Tam Tam’ the Simonis 35, ‘Magic’ the Baltic 42, ‘Tipsy’ the Dix 34, ‘Mafuta’ and also ‘Sundance’. But these guys will need to be at the top of their game and never let up.

Line honours is a different matter altogether. The smart money is on the 40-foot ‘SmartTri’ to take line honours, especially if the wind is free permitting her to slide very fast downwind all the way. She did it in 2017 to Port Elizabeth, but with a different crew then.

Last year ‘Dual Flyer’, a sporty catamaran surprised many by being third across the finish line, and with that success in mind her skipper Brad Rayson will be looking to improve on that. He most certainly can, especially if he makes the correct choices, and the conditions suit his boat.

Now if the fleet is throttled back with a south westerly wind on the nose the whole way, some outsiders like ‘Magic’ and ‘Argonaut’, both good upwind boats in a blow, could come into the mix for line honours.

I am generally not a betting man, and with the wind being all over the place at the moment and the weather models all showing different scenarios, my money will stay firmly in my pocket.

May the best crew and boat take the spoils.