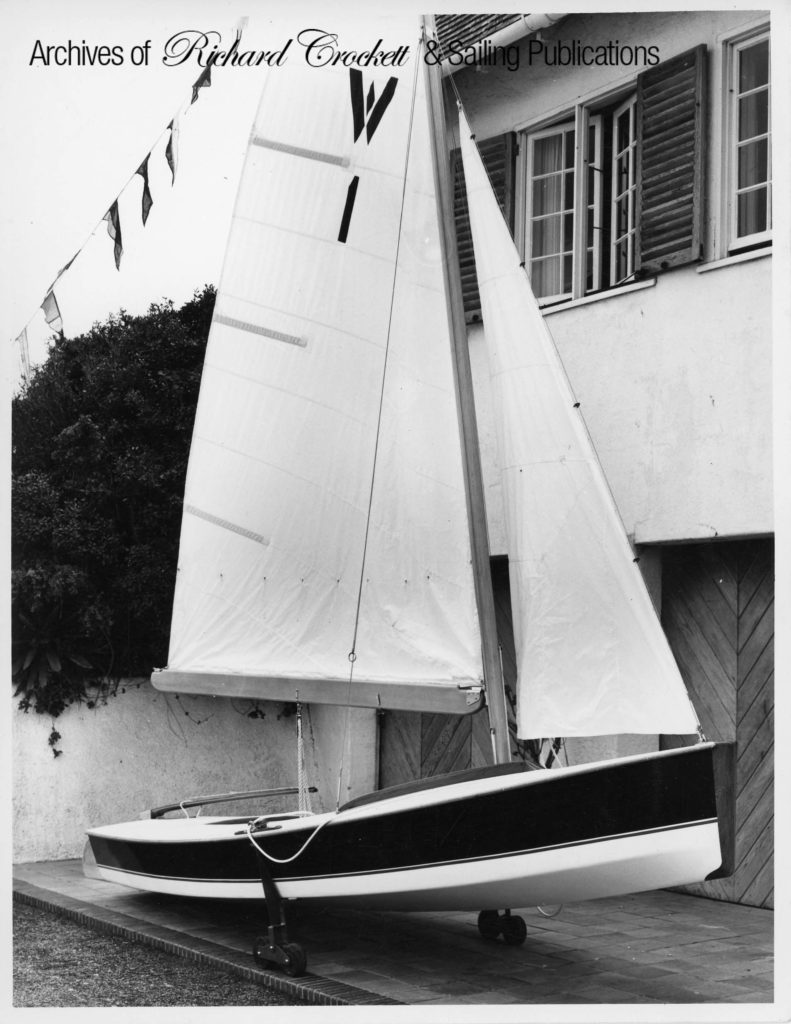 Winger. Sprog influence can be seen in the hull when viewed from this angle. The stem is semi-circular and five inches wide at deck level tapering to a fine section at the waterline.

Last week I wrote about the Sprog, so it makes sense to cover the Winger two-man dinghy now. Sadly it was a class that just never had the ‘legs’ the Sprog did, yet reading the info on this dinghy one wonders why?

In the book “Yachting in Southern Africa” by Anthony Hocking, this is what was said about the Winger.:
“The Winger was essentially a big brother to the Sprog, built in marine plywood with water proof glue: 16 feet overall, 5 feet in the beam, 120 sq ft sail area and weighing 306 lb rigged. This is what Herbert Mc Williams had to say of the new design.

“This boat, like every racing yacht, is a compromise. You can’t have it all ways. What is gained in obtaining efficiency on one point of sailing usually has to be sacrificed in other ways. We all know what happens when we tune our boats for hot-stuff racing: get her footing fast to weather and she’s sluggish down-wind; alter the trim so that she’ll do a screaming reach; plumb the mast for that hectic plane, and you’ll lag behind on the beat. 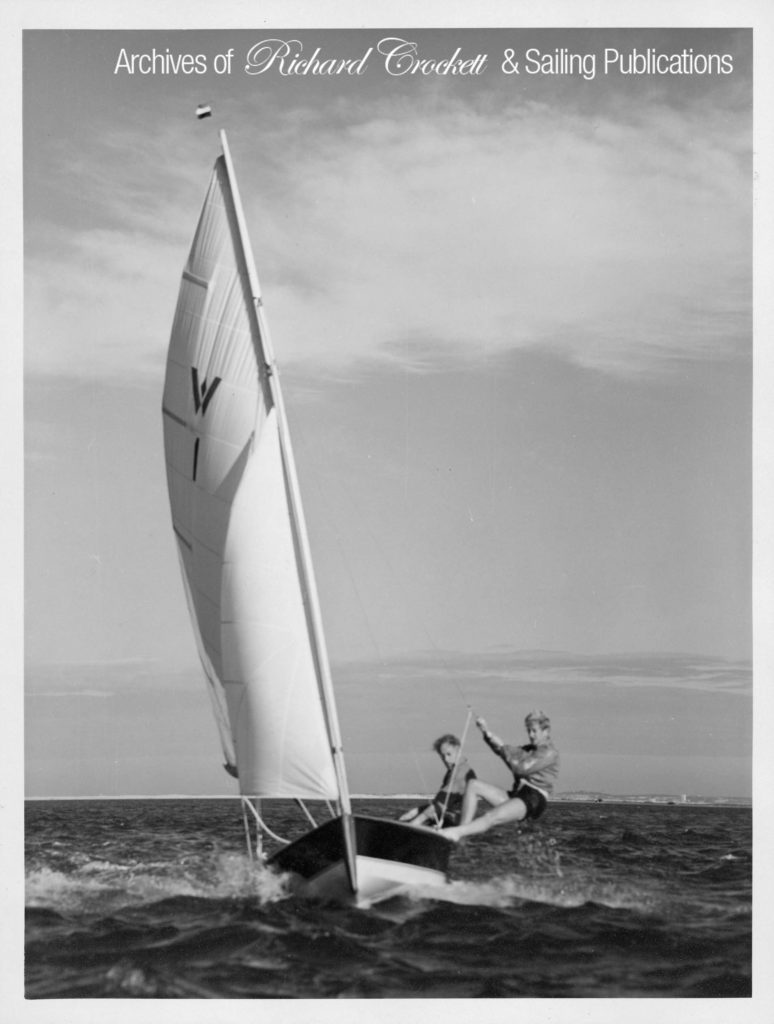 Winger. The trapeze is only necessary in wind speeds over 25mph and enables the boat to be sailed upright when most craft are literally “on their ears”!

“So we chuck away a little nimbleness to weather; retain the ability to get up and plane, and the result is a subtle compromise in rig giving the all-round performance that allows for tide and wind and course to vary. 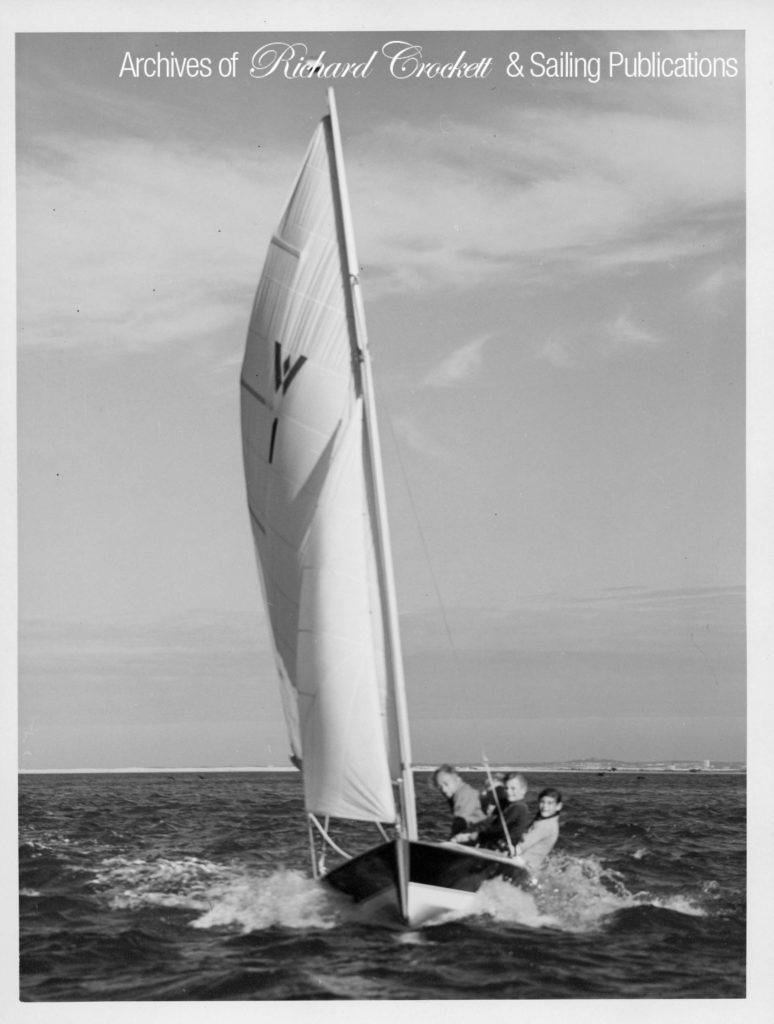 Winger. Even in a medium breeze “Winger” gets up and planes, with four children and the helmsman.

“The Winger met with success, particularly in Cape clubs. But the success was not as great as it deserved. The Winger had barely got off the ground when Frank Spears came up with yet another development of the Goodricke. His Vivace, sailed by his son Hilary Spears of the University of Cape Town Yacht Club, swept the board at the 1957 National Regatta at Victoria Lake, and took both the Emdon and the Goodricke Trophies. 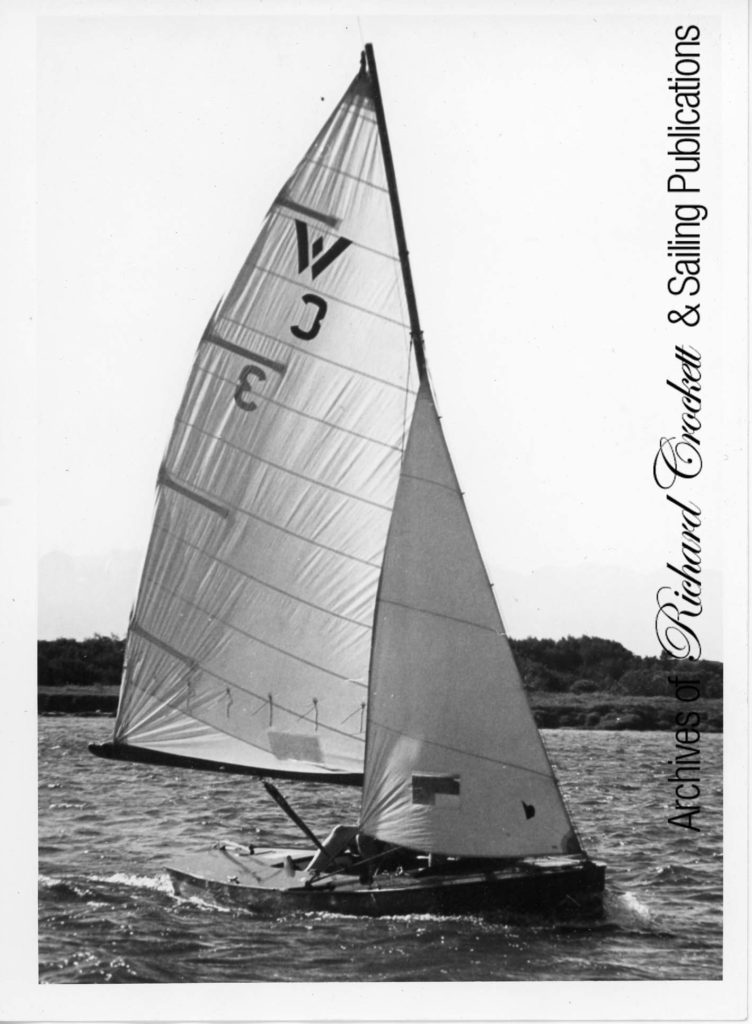 “Vivace was based on ‘Pappa’ Bongers’s Scratch, which was in turn largely based on Jack Holt’s Merlin. But Vivace was built of moulded plywood-three layers of spruce, each layer 3 inches by 1 inch sawn timber and glued throughout with waterproof glue. The planking was laid diagonally, continuously from gunnel to gunnel. Each mould made several hulls, and Frank Spears and his sons soon had a number on the water.

Before long the magazine SA Yachting was pointing out that in spite of the freedom allowed among Goodricke dinghies, many enthusiasts felt the Vivace hulls should be made a one-design class, to eliminate possible continual expensive changes which had proved the bane of other good designs. The Vivace Class would still be within the current Goodricke rule, but would have to have a name of its own. In fact, the magazine offered to give a year’s subscription to the reader who suggested the most appropriate name. 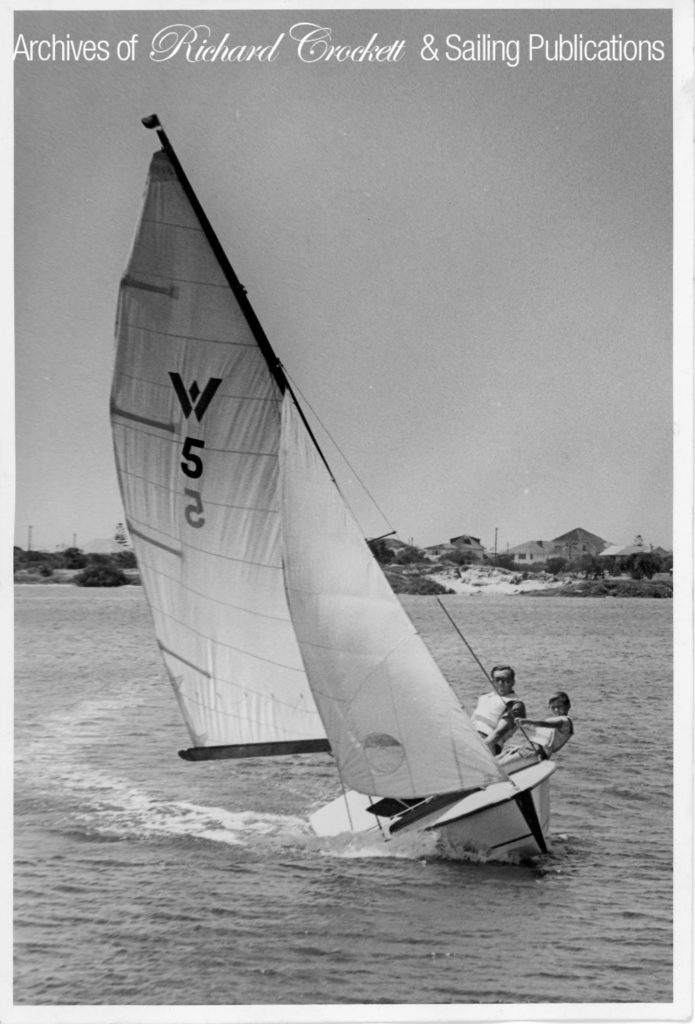 “So was born the Spearhead, which apart from being instituted as a class on its own, of course sounded the final death-knell of the old Goodricke dinghies. Old man Goodricke, it was said, would be turning in his grave if he knew what had happened to the class for which he had done so much. But in spite of the promising beginnings at Germiston, it was to be some time before the Spearhead-Goodricke established itself securely.