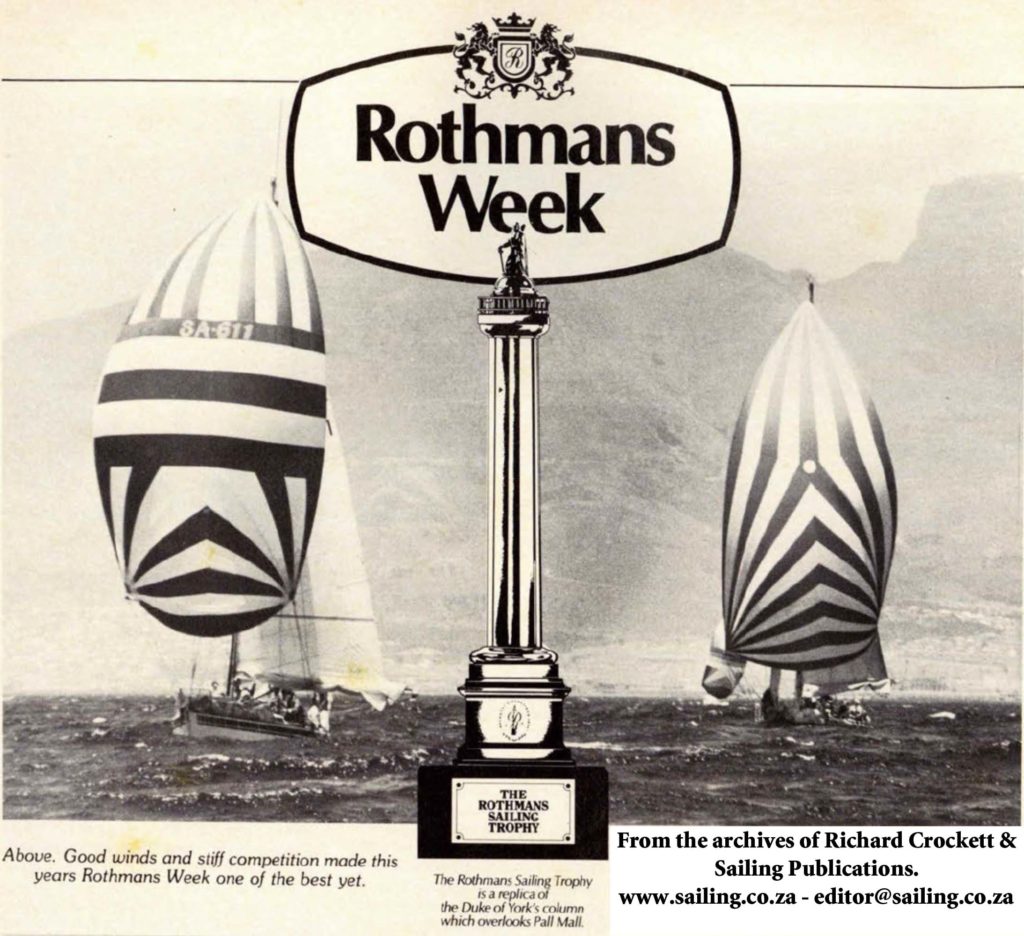 It seems as if there was loads of acrimony in the local sailing scene in 1984 and 1985 as yesterday I highlighted the problems at The Culemborg Spring Regatta on False Bay, and now the above headline highlights more. This time it was during Rothmans Week of 1984.

The best way to open this is to quote the opening two paragraphs of the report written by John Fensham: “Like World War I, last month’s Rothman’s Week was described as a “war to end all wars”, the bad taste it left in so many mouths acrid enough for many of the top racers to vow: “Never again.”

“This feeling was strong enough for Rick Nankin – who last year drew a very pointed comparison between the “fantastic sportsmanship and racing spirit” of the L26 fleet and the accusation, counter-accusation and acrimony that took place among some of the Class I fleet – to make his participation in Teddy Kuttel’s ‘Spilhaus’ crew this year conditional: “We race on the water, not in front of the protest committee!””.

Sadly, the vows were short lived!

It’s a long and very complicated story which is best read slowly and carefully.

Ultimately Geoff Meek won the event on the DB2 ‘Ilse’, with impressive performances by Sandy Ord ‘Co-Ordination’ in the L26 class, and in Class II Lance Korte quite simply delivered a master-class performance to win convincingly aboard ‘Royal Flush’.

It’s an interesting read, sadly dominated by “sea-lawyering” which in many respects could have spoilt a really good regatta. 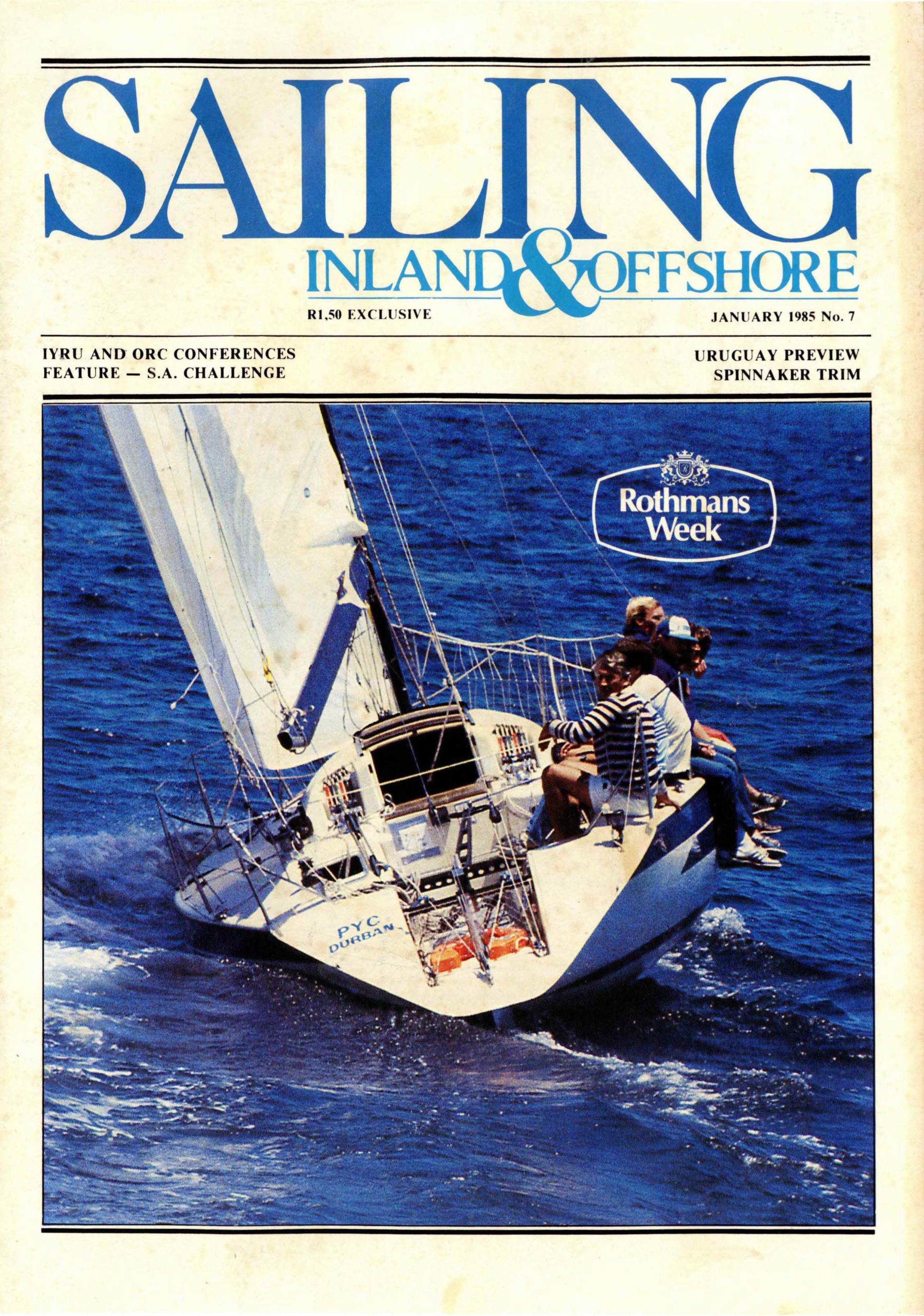 Ilse, skippered by Geoff Meek, shows her transom as she beats away from the camera.