“Talking Sailing” From My Archives. The Mistral 1/4 Tonner 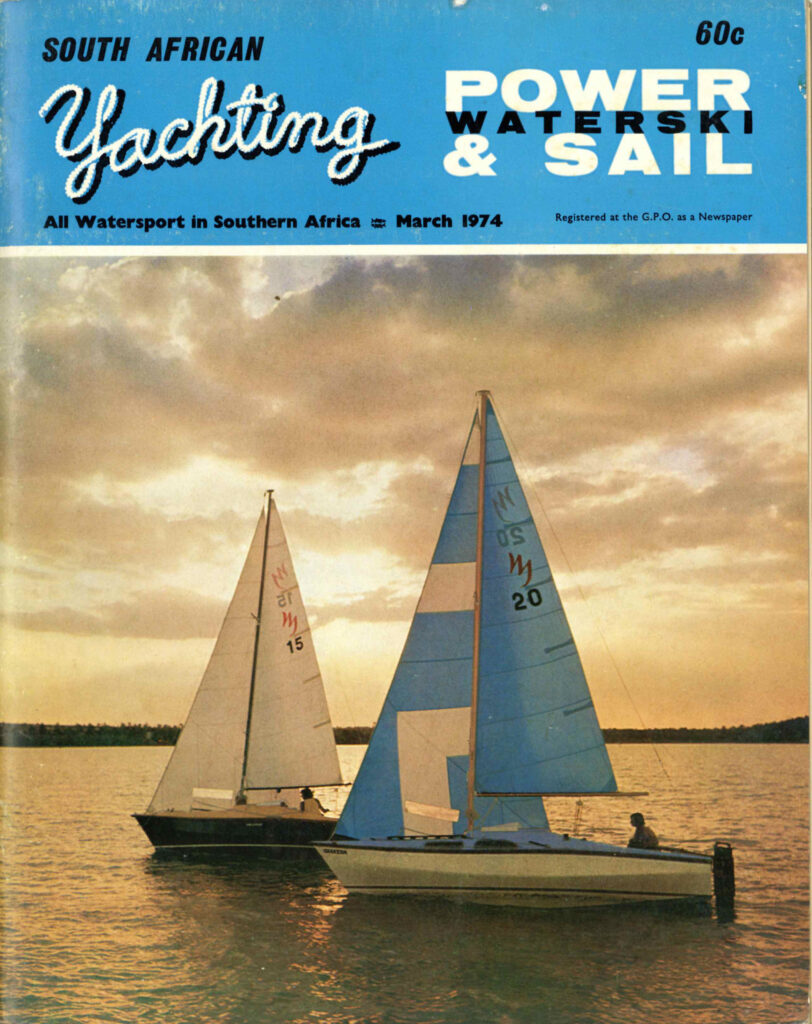 Interest in the Mistral keelboat was pretty impressive in her day as sales were high and she was performing well on inland waters. One can sometimes gauge if a Class has “come of age” if it featured on the cover of the magazine which the Mistral did in March 1974.

However, some intrepid soul entered her in a coastal race from Port Elizabeth to East London in 1974, although I have not been able to turn up any info on that!

Advertising of the Mistral took on a new dimension with line-art sketches of an exploded view of the boat over a double page spread in SA Yachting magazine, and lots of fine details, plus a detailed editorial on 1/4 Ton boats in general. All this is shared below. 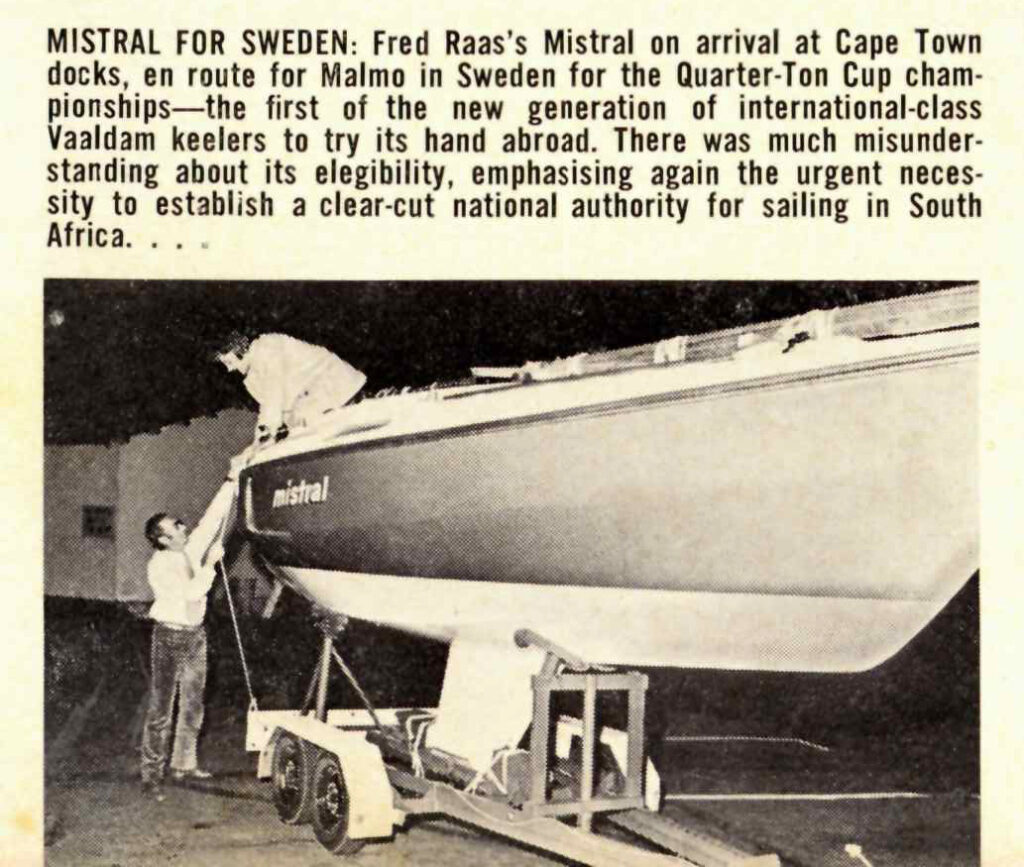 Due to her impressive form it was decided to send a boat to Europe to compete in the Quarter-Ton championships in Sweden in 1974. How she fared will be revealed in the next few days.