“Talking Sailing” From My Archives. The Lightweight Sharpie Class 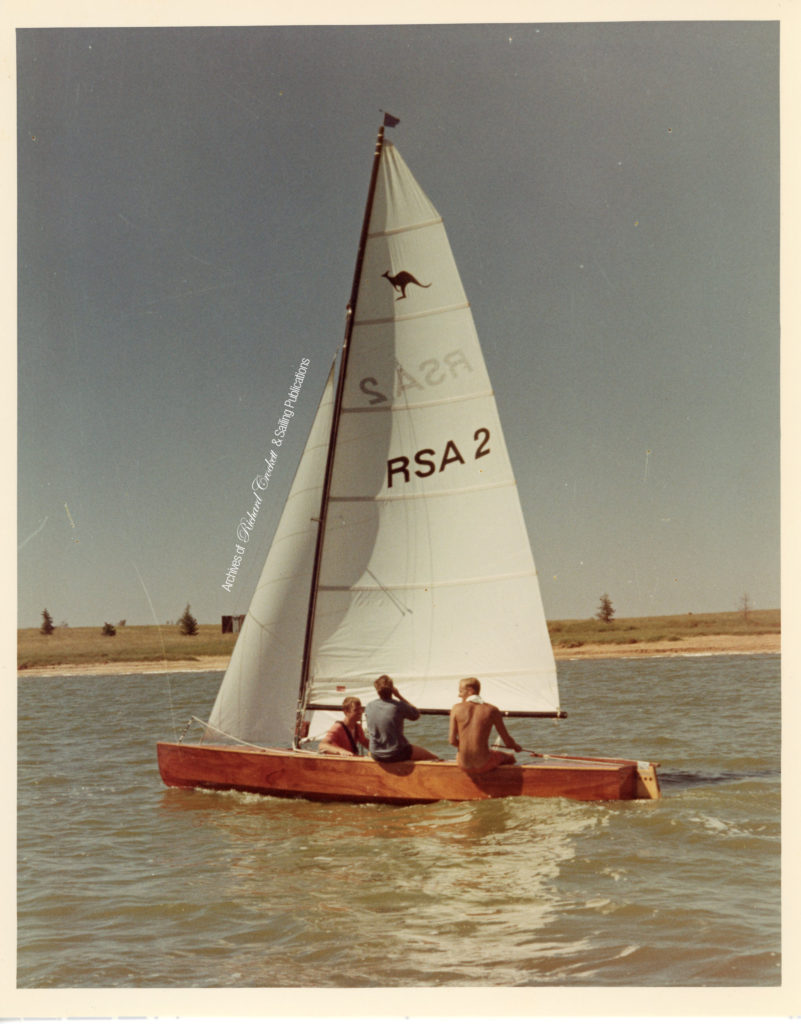 This pic was taken circa April 1969 and is one of the Australian Lightweight Sharpies.

The photos, words and articles on the Sharpie over the last few weeks created interesting comment and feedback, with particular interest in the Lightweight Sharpie Class which originated in Australia.

I found a brochure on the “SA Lightweight Sharpie Class” in my archives. IT CAN BE VIEWED AND READ HERE:  Sharpie – SA Lightweigh Brochure – OCR

However, here are a few key highlights from this: “The craft is well-named – with an overall length of 19 ft. 7¾ ins. (six metres) the hull weighs a mere 180 lbs., thanks to the modern techniques of marine plywood production. The Sharpie is of a very strictly policed one-design class, and anyone seeing a Sharpie for the first time cannot be anything but impressed with its lines. It gives an instant impression of speed and grace.

“The Light-weight Sharpie is a direct descendant of the International Sharpie, which was designed by the German yachtsman Kroger as far back as 1930. These boats were big – 506 lb . hull weight to be precise – and growing production costs for these heavies made the International Sharpie’s future black indeed. In 1958, two West Australian enthusiasts, Bob and Les Addison, built a boat in Perth to orthodox International Sharpie regulations and size, replaced the heavy timber hull with one of marine ply, of 3 1/16 in. thickness. This made the boat cheaper to build, fast, and easily manoeuvrable.”

Sadly all good things do eventually come to an end, and the Sharpie was not immune to this. The AGM of the class in 1966, show that decline of interest had set in, and the class was in for a bumpy ride in the future, this despite the fact that the SAYRA Council had accepted plywood as a covering material for the class.

The National Regatta at Saldanha Bay was another indication of the demise of the Class, as this extract from the minutes shows: “The President noted with regret that for the first time since its acceptance as a National Class, the Sharpie Class had failed to be represented at a National Regatta. Mr. Weis felt that this was entirely due to three regattas being held in 14 months. It was very difficult for the average Sharpie owner and crew to get leave more than once a year, and this reduced the potential entry if regattas were held so frequently. A large class such as the Finn Class could cushion such a reduction but a small class such as ours could not. Mr. Stevens, seconded by Mr. Fitzgerald, proposed that a strong protest be lodged with the S.A.Y.R.A., and that it be requested to limit regattas to one per year. The meeting unanimously accepted the proposal.”

In those days SAYRA ruled classes with a rod of iron, so one can only wonder how their protest was received?

Another interesting debate also arose at the AGM: “Mr. Duncan felt that the difficulties in which the Class found itself stemmed largely from the fact that the Sharpie was a three-man boat. He had trained many crews, all of whom had left him as soon as they felt competent to sail their own boats. This was a discouraging factor. Mr. Weis disagreed, and pointed out that for this very reason the Sharpie had immense value to S.A. yachting as a training boat. The Chairman, in supporting Mr.
Weis, stated that the Sharpie was unique amongst current types in that it could be efficiently sailed with two good crew members and a complete novice, and was therefore less demanding than most of the two-man boats which required a very fit skipper and an above average athlete as crew to be well sailed.”

Well, both the above matters are still in debate in sailing today. The difference being that we no longer have a national authority that controls classes tightly and ensures they adhere to the high standards demanded by the national authority. The other being that most dinghies are of the singlehanded variety, and those wanting to “taste” sailing do it on a keelboat!

The second is the issue of crew leaving once they become proficient. In my view it is a healthy situation as new boats require more crew, and new people come into the sport all the time as a result.

As an aside, but still on this subject, I still feel that the Dabchick class did sailing in this country a huge disservice when it turned the class from a two-person boat to a singlehanded class. Dabchick crew often reinvented themselves as boat owners/skippers who brought their mates into the sport!

This is probably the best time to bring the curtain down on this exceptional class – unless of course new material comes to light that requires sharing! 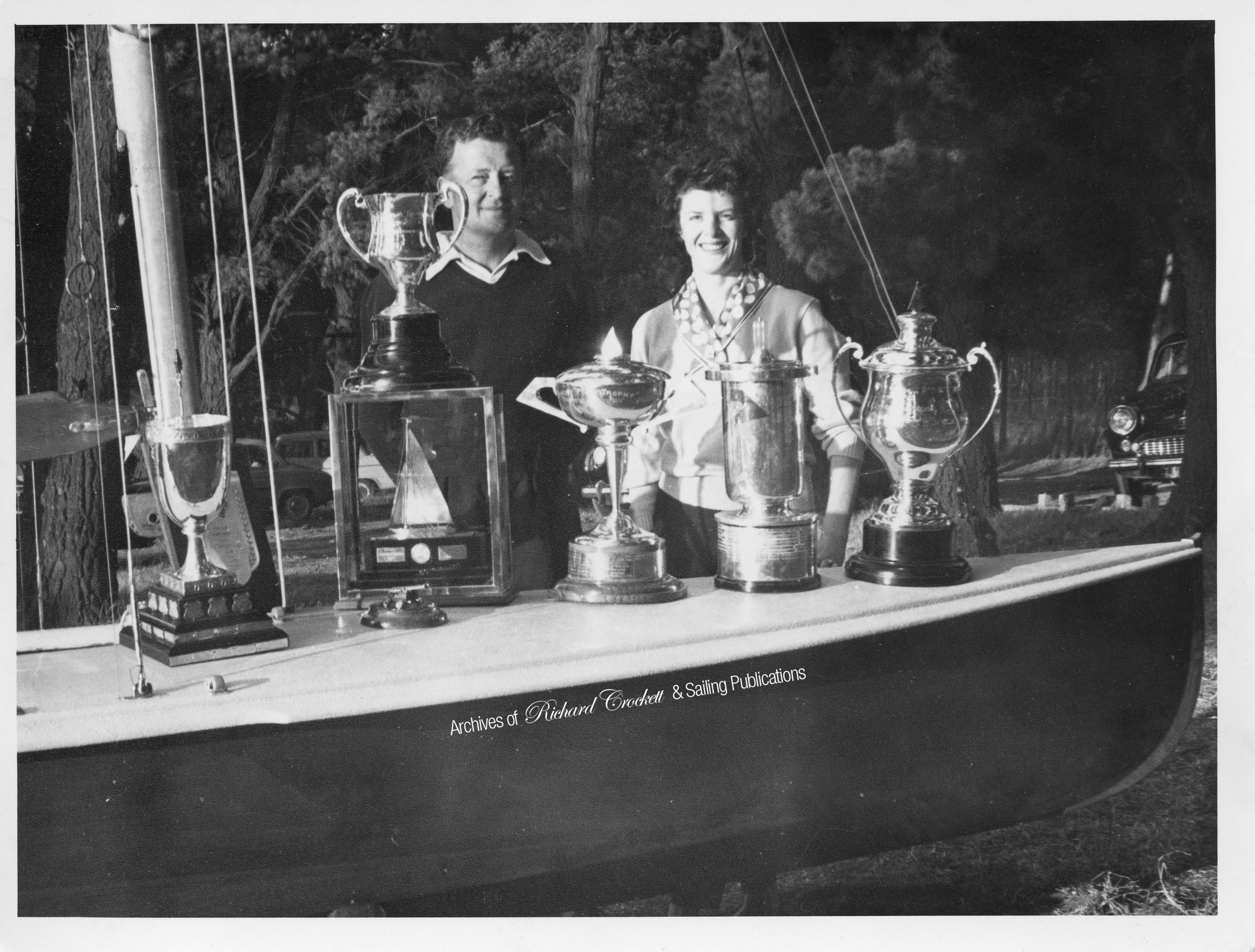