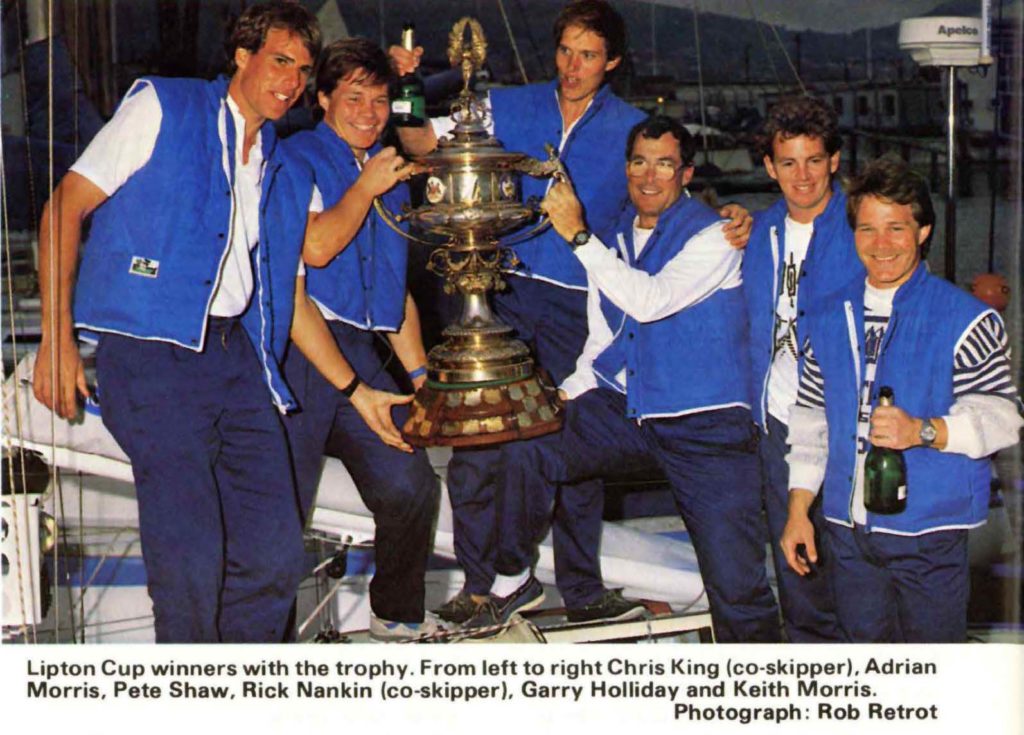 Followers of the Lipton Cup marvelled when Etienne van Cuyck won two consecutive Lipton events in a row, and few probably thought, due to the high level of competition, that three in a row would ever be possible.

Well Chris King and Rick Nankin, joint skippers, did just this from 1988 to 1990 through consistent sailing as of the 18 races sailed in those 3 years they won just 2 of them!

The 1988 Challenge
This is how Joseph de Kock in his SA Yachting report said the regatta was won: “The 1988 winner of the Lipton Cup, ‘SX Stainless Steel’, skippered by Chris King and Rick Nankin, showed superb restraint throughout the regatta. They were never the fastest boat, nor did they show any great tactical advantage over the rest of the fleet, but what they did have was an extremely polished approach. No mistakes were made and no risks were taken. When they were down the fleet they never stuck their necks out, they simply hung in with the fleet and gained on every small mistake others made. In this way they managed to always end-up at the top of the fleet. This kind of sailing, as it always has, won the regatta for ‘SX Stainless Steel’ and her crew.”

SAILING Inland & Offshore magazine said: “Indeed, before the event started there was a lot of speculation as to who would come out on top as many crews had put in an incredible amount of time both on and off the water in preparation. It was generally agreed that any number of at least ten boats in the record 26-boat fleet could lay their hands on the laurels for this prestigious event. The eventual and popular winner after a closely fought contest was ‘SX Stainless Steel’ jointly skippered by Rick Nankin and Chris King.

“By the end of the regatta this was easily evident and of particular interest is the fact that not only did a different boat win each race but the University of Cape Town was the only team that managed to achieve two second places. 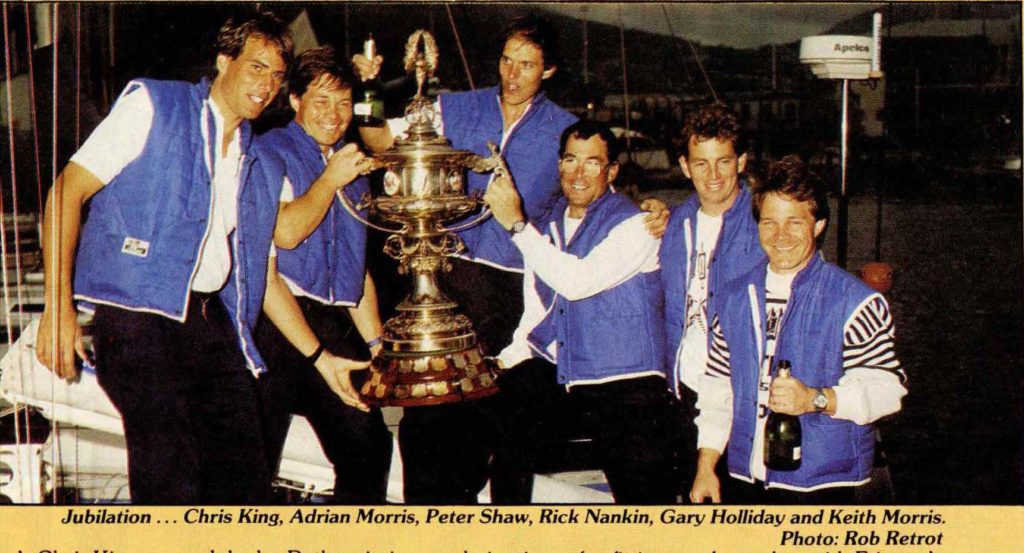 This was another tough event in which the overall winner did not win a race!

SAILING Inland & Offshore magazine reported as follows: “Hot favourites for the event after having won every major L26 regatta this year, the ‘SX Stainless Steel’ crew (among them four Springboks – Rick, Chris, Gary Holliday and Pete Shaw) won the event by notching up a series of consistently good results – yet never actually getting the gun. During the six days of racing they took four 2nds, a 3rd and a 5th.

“In contrast the Hout Bay Yacht Club entry, ‘Judron’, skippered by Greg Davis, won three of the six races, but finished second overall. Although he sailed a brilliant regatta he had to carry finishes that were 9th, 6th and 8th. Nevertheless ‘Judron’ was the only yacht to win more than one race – let alone three!” 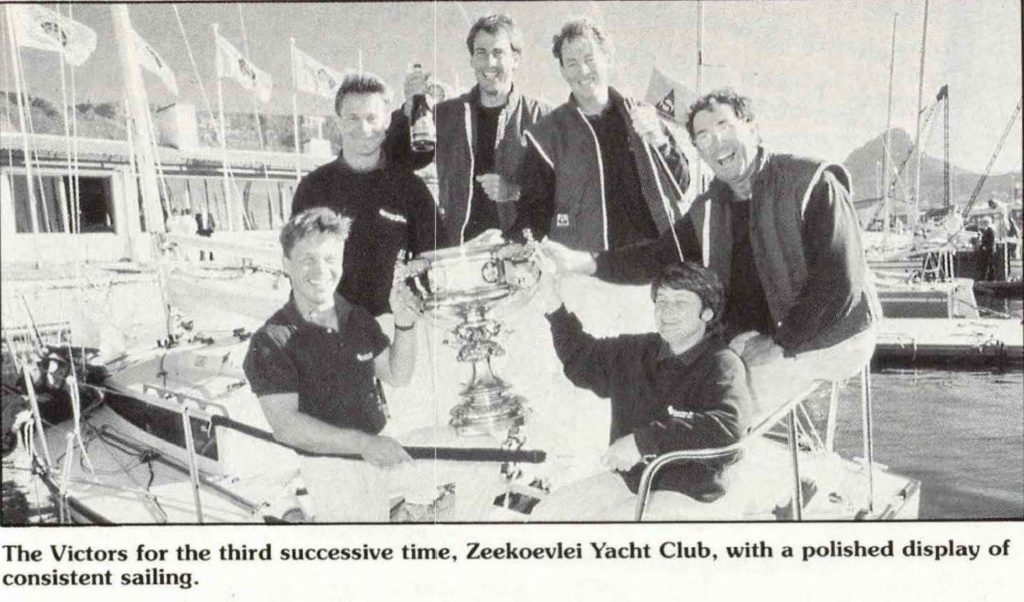 This was another interesting year as Dave Hudson, sailing for Port Owen Yacht Club, won three races yet never won the Cup. Race 3 was his undoing. This was the last of the traditional courses and was started in an 8 knot southeaster, which during the first beat dropped and swung to the east. This is when Hudson fell into the biggest hole ever in Table Bay for 90 minutes with their log reading 00,0 knots – and finished last!

All Hudson and his crew really need to win the Cup was a 10th place in race 3!