“Talking Sailing” From My Archives. The Davis/Blankenberg Triple 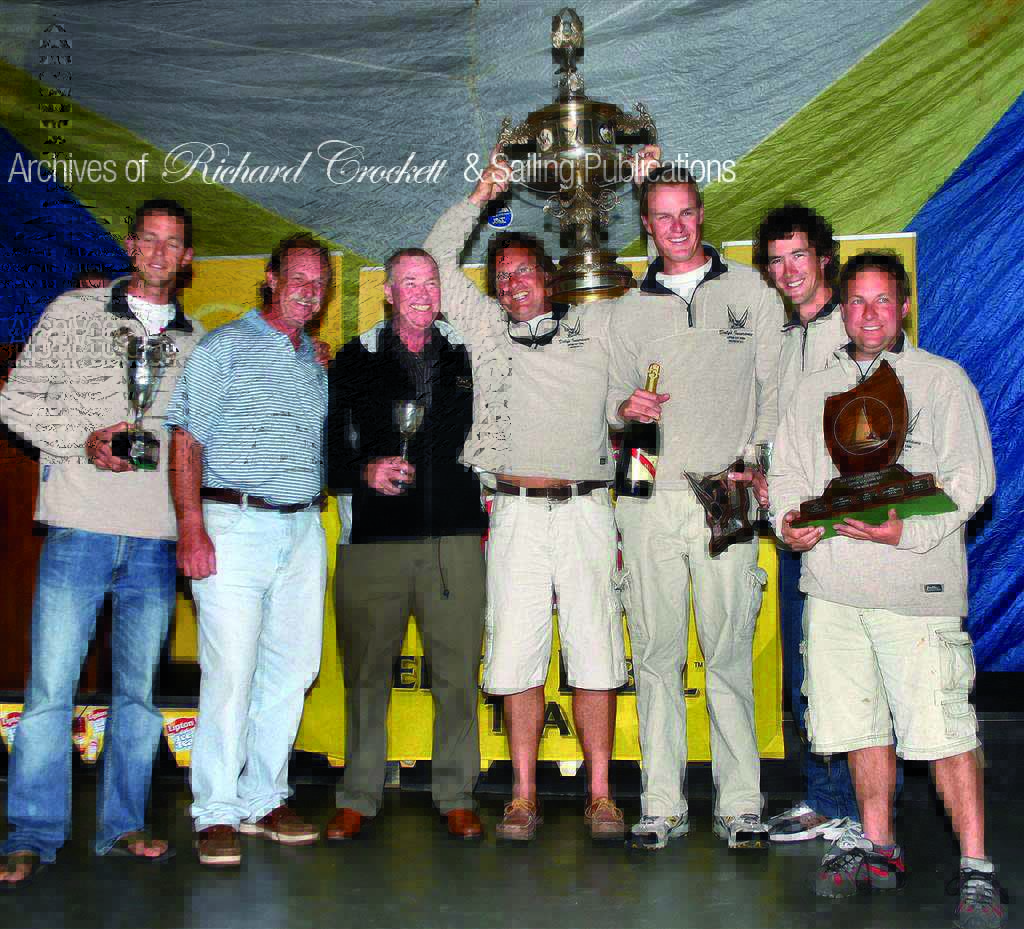 In 2006, 2007 and 2008 Greg Davis and Gareth Blanckenberg took three Lipton titles in a row sailing for Theewaters.

Second in the latter two challenges was Mark Sadler sailing for the Royal Natal.

Trygve Roberts led with this in his 2006 report: “It is quite remarkable how much can change in one year. The 2006 event proved to be a little different. For the first time the same boat that won the L26 provincials won the Lipton Cup, dashing that superstition to pieces. It was also the biggest entry for a very long time and the vast experience of Greg Davis – three times Cup winner – coupled with the young talents of Laser Olympic contender, Gareth Blanckenberg, together with a skilful crew, showed a masterful consistency during the regatta to convincingly win the coveted trophy for Theewaters Sports Club.” 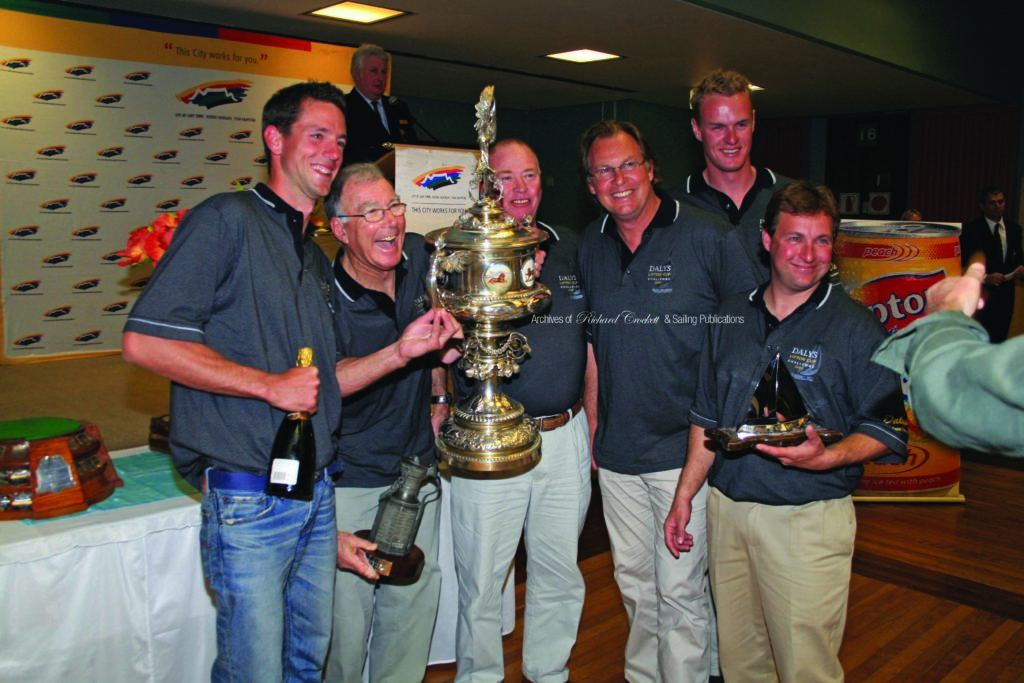 The 2007 report, written by Alex Petersen led like this: “The surprise, the twister, came in the final race of the regatta. The 2007 edition of the Lipton Challenge in Table Bay probably had enough surprises as it was, fluky weather from dead calms to rough seas, challenging windshifts and some amazing close finishes, along with a close to record entry of 29 boats from clubs around the country and Walvis Bay.

“It was, as the sailors themselves said, a hard-fought, tough and exciting regatta. Going into the final race, just a couple of points separated the top contenders. The result was still open, and the 20-knot north-wester was at an angle to the prevailing short swells, making for tricky, choppy conditions.

Dave Hudson said of his rivals:“They just sail better. It’s not just one thing – its helming, trimming, tactics, it’s a whole package. This was definitely one of the toughest Lipton Cups I have sailed in, and also one of the best organized.” 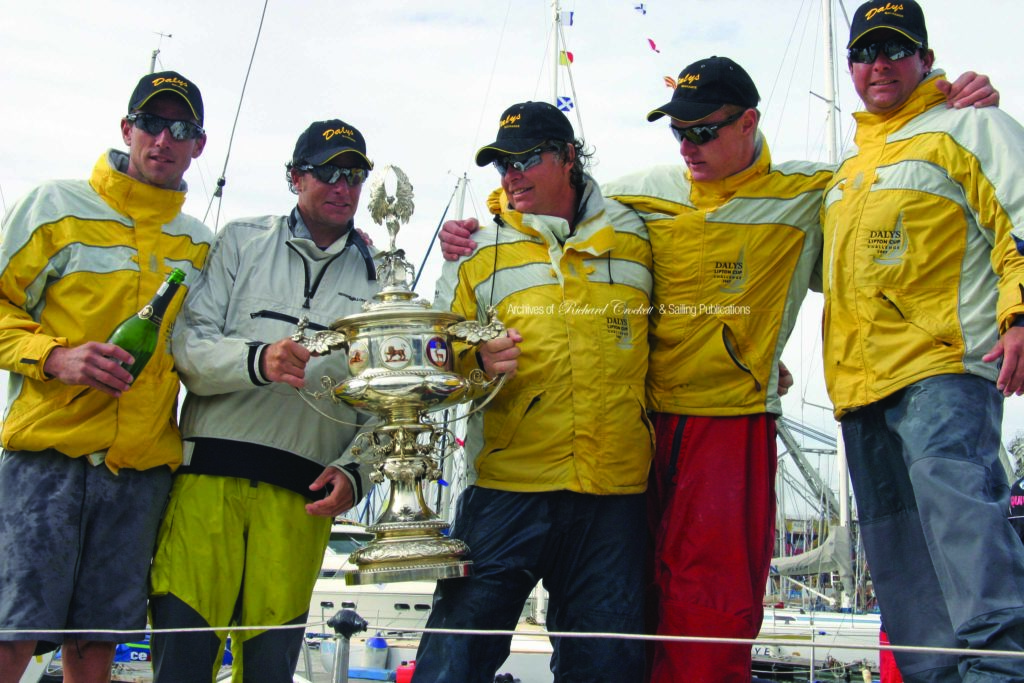 Writing again in 2008, Alex Petersen led with this: “In a regatta celebrating the centennial of the year when Sir Thomas Lipton donated the trophy to encourage inter-club competition in South Africa, it was inevitable that the sailing would have an edge. With 30 clubs competing from around the country, and for the first time in 100 years, also from Walvis Bay and Maputo, it did indeed have an edge.

“In that strange Table Bay mix of shifting winds, mild to strong breezes, big swells and lumpy seas, it made for some tough racing, often quite icy with snow in view on some of the Helderberg peaks.

“Weatherwise, the regatta only just squeezed in the required races. The day after the final race a storm hit the Cape, followed by windless clear days as successive fronts came through. Held a week later, the regatta would have been a non-event.”

These victories by David and Blackenberg were no flash in the pan as David was set to dominate this event for several more years.