“Talking Sailing” From My Archives. Sundancer is A Boat to Watch 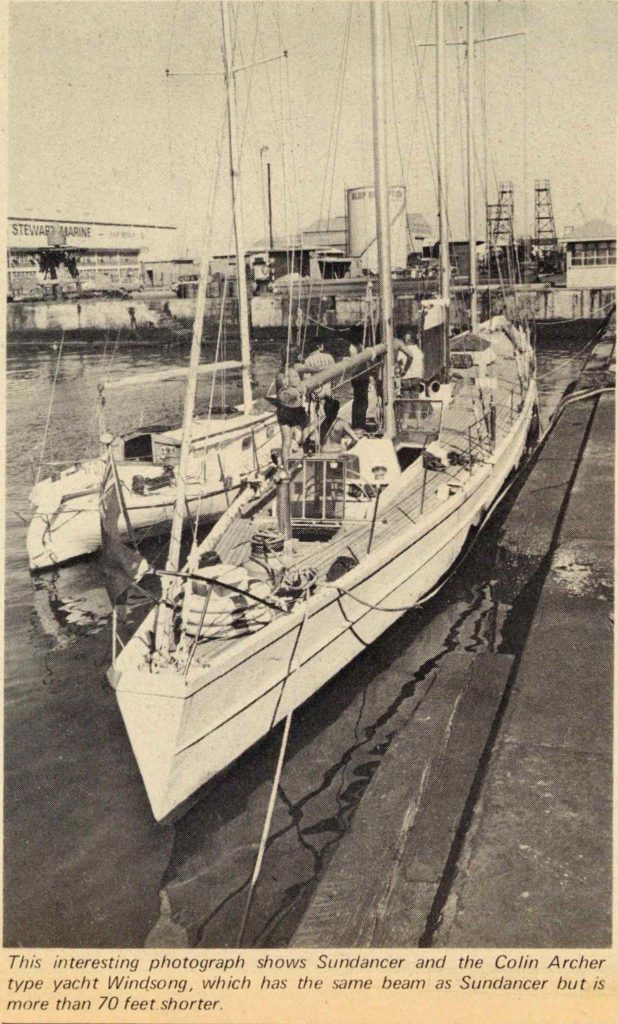 There is just so much good information to be had that delving through my archives is anything but a chore. And guess what I found – a review on the three-masted schooner ‘Sundancer’ which was an unofficial entry in the 1976 Cape to Rio Race.

At 32 metres long overall and a beam of just 3.66 metres, she was long and sleek, and in a strange way quite attractive.

This is how she was described by Colin Farlam who reviewed her back in 1976.

“As an unofficial’ entry in the Rio race, the visiting staysail schooner ‘Sundancer’ will start well after the rest of the field have sorted themselves out and complete the course as part of her passage back to Darwin.

“From aloft her deck could easily be mistaken for that of an old fashioned narrow gutted plank-on-edge type yacht that was popular toward the end of the last century, or even perhaps that of a very large one-way proa. Ultra-light displacement and the absence of an outrigger dispel these possibilities which leave us to think that she could have started life as a maxi I.O.R. ocean racer and that somewhere along the line suffered the misfortune of being sandwiched between a quay and a supertanker.

“In point of fact she is a radical yet extremely seaworthy, fast passage-maker possibly as revolutionary as the now legendary Olin Stephens designed yawl ‘Dorade’ was when she first appeared in 1931.”

As can be seen from the pics, she is rather different.