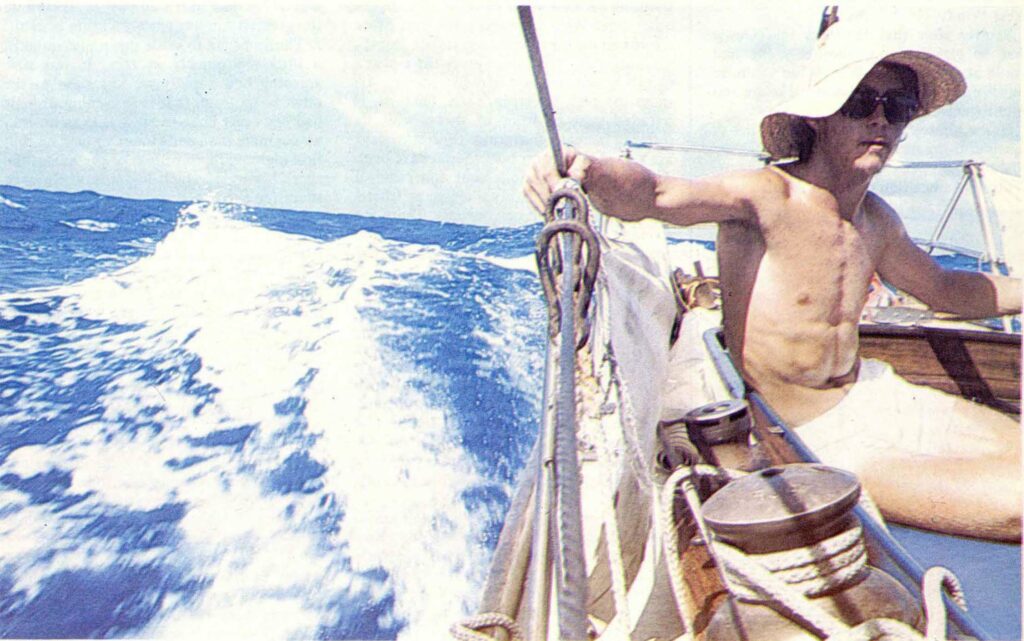 Gawie Fagan’s dramatic handicap win over Dave Abromowitz in this year’s Uruguay race (1982), after a nail-biting trans-Atlantic chase, has been hailed as a triumph for the I.O.R., for the handicapping system which so effectively ironed out the vast differences between two such radically different boats. Yet this accolade, however well deserved, has obscured another triumph, one just as dramatic in it’s own way and certainly a lot more instructive.

This is the triumph of Ricus van der Stadt’s clean, classical, ‘never surprise the sea’ hull lines, lines which, I.O.R. excluded, allowed Fagan in his sparsely equipped, 14-year-old ‘Suidoos’, with no electronic aids and old sails, to lose only 18 hours to the new, well-equipped Three Spears over a course of 4 500 miles.

In fact, one of his spinnakers was so old it had bolt-ropes for luff tapes! He popped it east of Trindade.

Also include with the feature spread is a first-hand account from ‘BMW Sensation’, the Wits University entry.