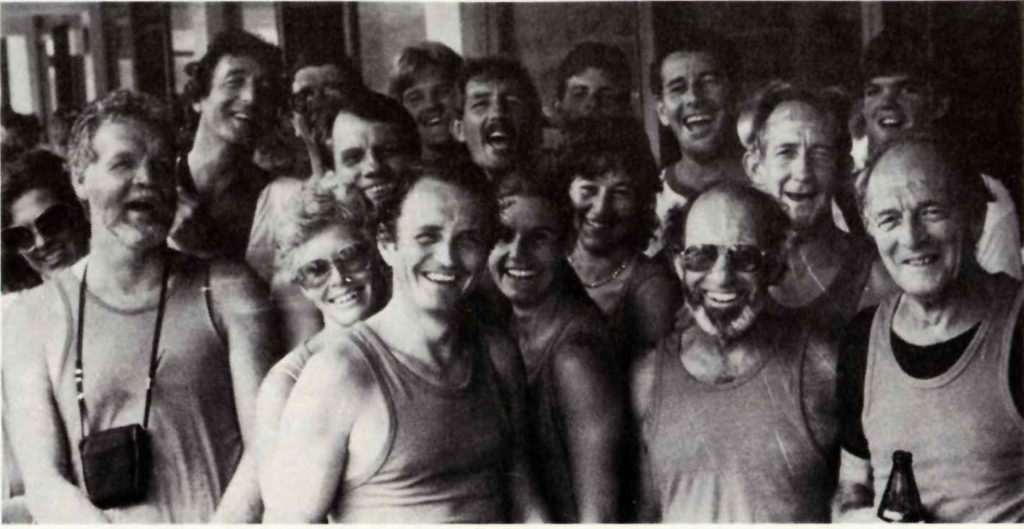 A crowd of jovial supporters between races at the recent Buffalo Centenary regatta affectionately referred to as the Henley of South Africa. In the foreground Eric Crabbe (ZVYC secretary), Lenny Handler (ZVYC commodore) and a number of other familiar sailing faces in amongst the rowers.

Here’s something completely different yet still related to our wonderful sport.

Way back in 1987 when this article was written, cycling, mountain biking and just riding a bike to get fit were far from mainstream as they are today, as was going to a gym to keep fit.

So when I was asked to supply Zeekoe Vlei Yacht Club with a copy of this feature, It was a no-brainer not to use it here.

At that time Barbi Rickard took a look at the phenomenon produced by the amalgamation of Zeekoei Vlei Yacht Club and AIfred Rowing Club, which saw a number of well-known sailors expand their water-born activities, and their biceps, by taking to the oars … . 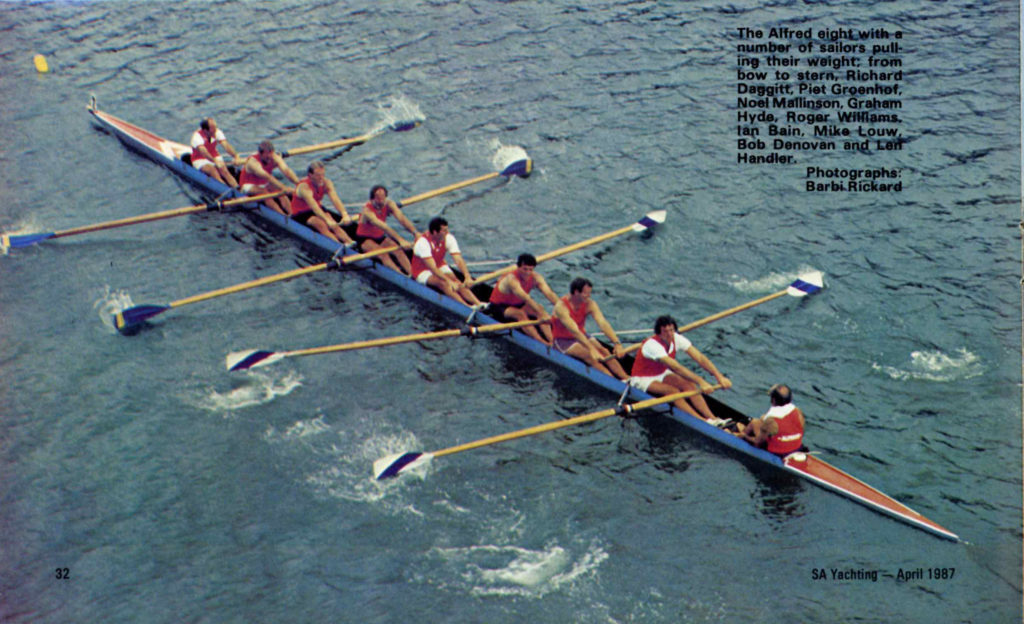 “When the Zeekoe Vlei Yacht Club and the Alfred Rowing Club amalgamated last year , who would have thought that Commodore, and yachtsman, Lenny Handler would climb into a rowing boat as coxswain, and wear a bright red Alfreds vest. Well, this is what happened at the recent Buffalo Centenary Regatta in East London on February 21 and 22 .

“Lenny decided that he’d like to go along and see what a rowing regatta was all about for a change. Lenny isn’t the only yachtsman to try out rowing, in fact several other yacht club members have been bitten by the bug too. Pete Groenhof, the Rear Commodore , decided it would be good exercise. (Obviously his Finn wasn’t giving him enough of a workout. )

“Leanne Holliday , who has been sailing since she was a “Pikkie in an Oppie” said that she started rowing because she was keen to try it. On questioning her further, it turned out that it was Geoff Myburgh who made the initial suggestion to her.” 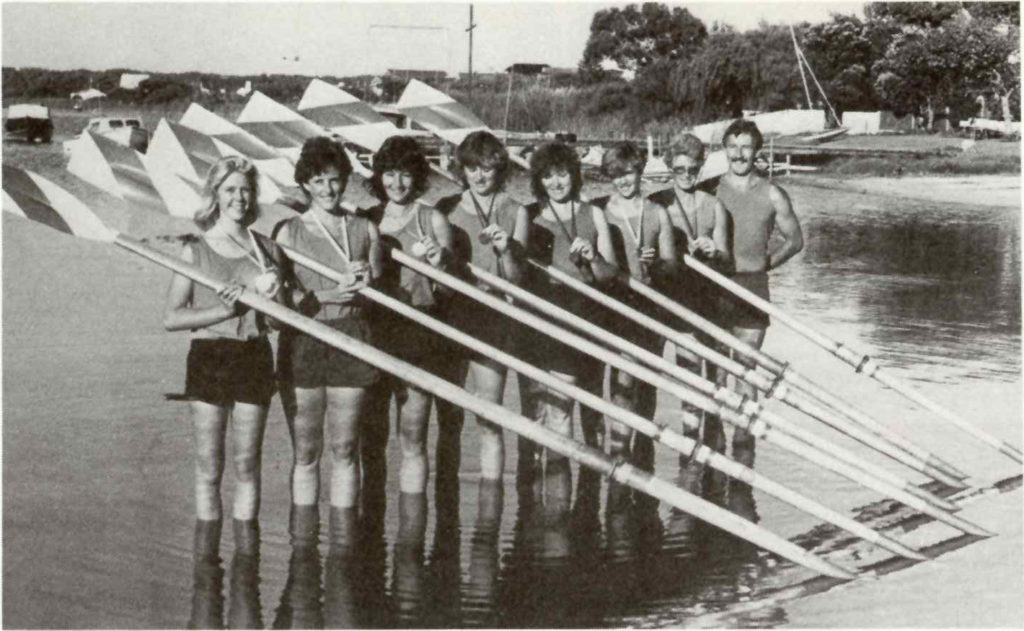