“Talking Sailing” From My Archives. Optimists During 1974 + 15 Pics 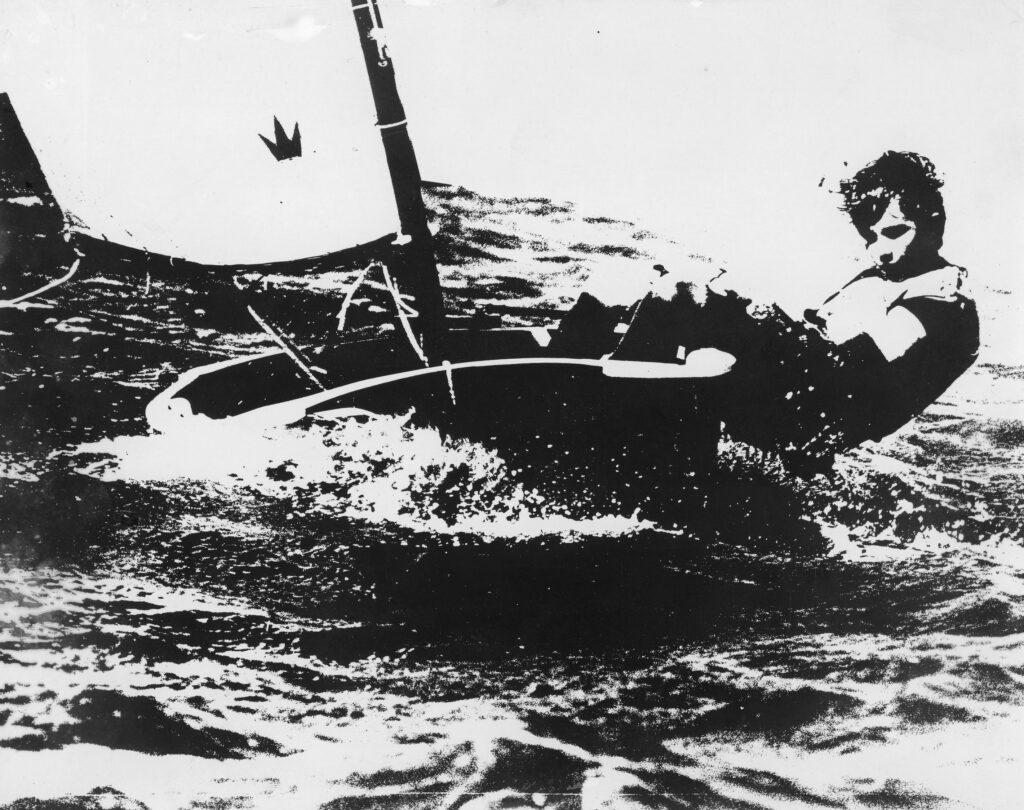 This is the year in which things certainly appeared to be moving for the Class despite most of the reported activity being in Natal and the Western Cape.

The first Western Cape inter-schools champs were held with 65 boats competing.
READ ABOUT IT HERE:  Pages from 1974 01 – SA Yachting – OCR

Zeekoevlei had just two classes being sailed by the juniors, the Dabchick and the Optimist where the Western Province Junior champs were held. There are many names in the results of this event who went on to become big names in the sport, with the scribe making this interesting comment: “It will be interesting to follow the sailing careers of these competitors as they mature. The healthy, enthusiastic competitiveness I am sure will one day develop them into good yachtsmen and international skippers.” Sadly the publication chose only to publish the Dabchick results!
READ ABOUT IT HERE:  Pages from 1974 04 – SA Yachting – OCR

The Natal Provincial Champs followed around mid-year with 31 boats on the start line, and “explosion of interest” as just 10 competed the previous year. Gavin Wadsworth, sailing an Optimist for the very first time won the first race, and the event overall, despite having had to retire from a race with mast step issues.
READ ABOUT IT HERE:  Pages from 1974 08 – SA Yachting – OCR

The big one that year was the Optimist Worlds in Switzerland with the following South Africans competing in a fleet of over 120 boats: Garth Barrett, Simon Bongers, Gary Holliday, Christopher King, and Richard Wedderburn-Clark who had the best individual race position of 18th.
READ ABOUT IT HERE:  Pages from 1974 10 – SA Yachting – OCR 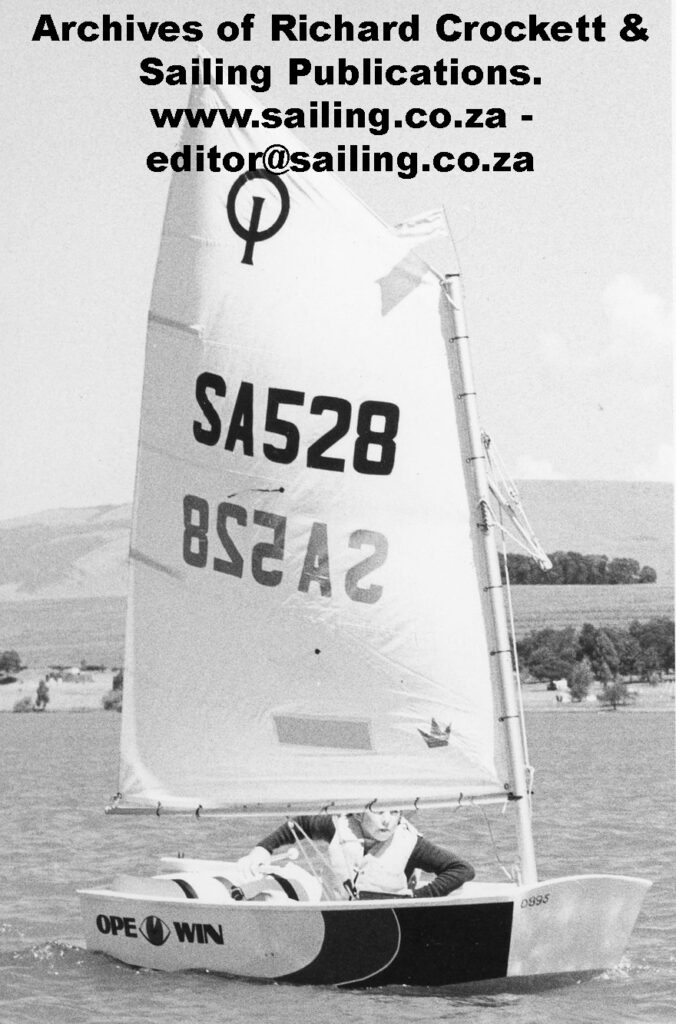 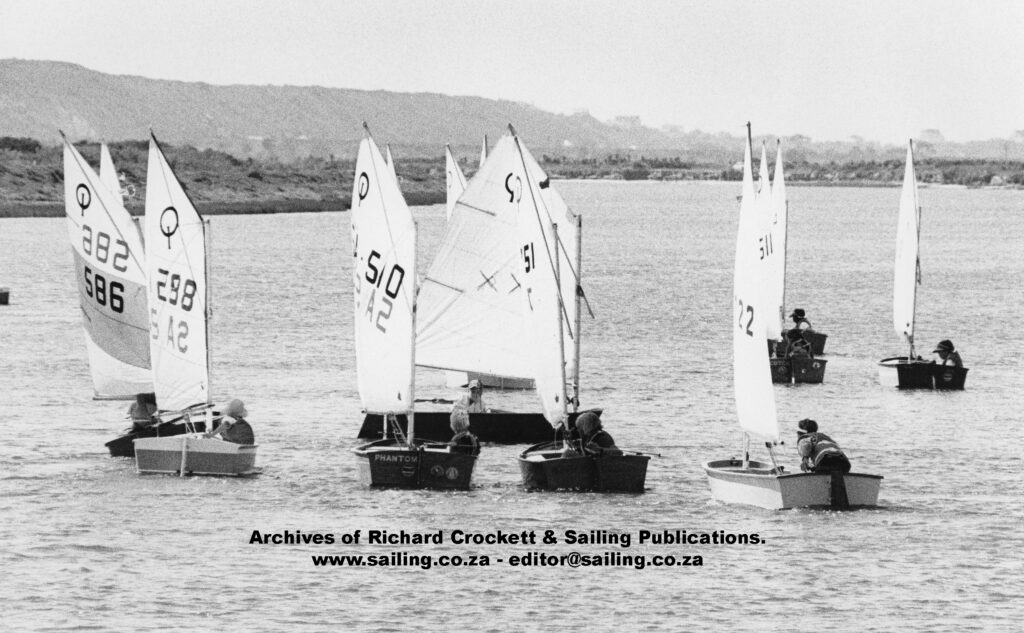 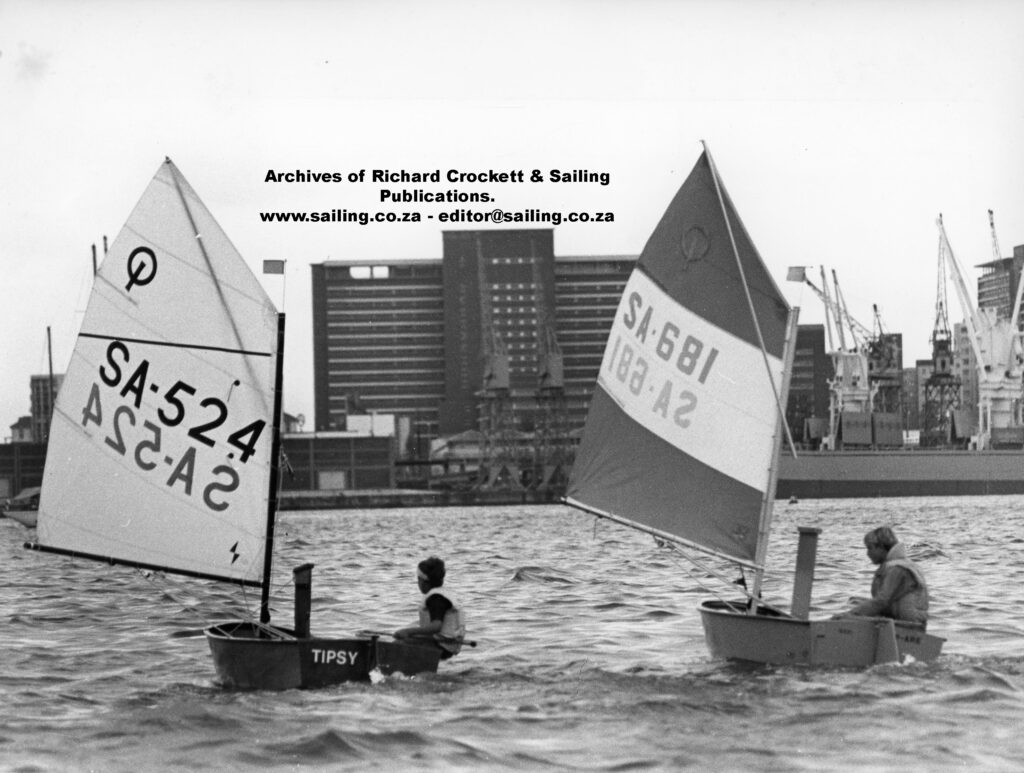 The Haliburton brothers Andrew and Peter racing with the Finns. 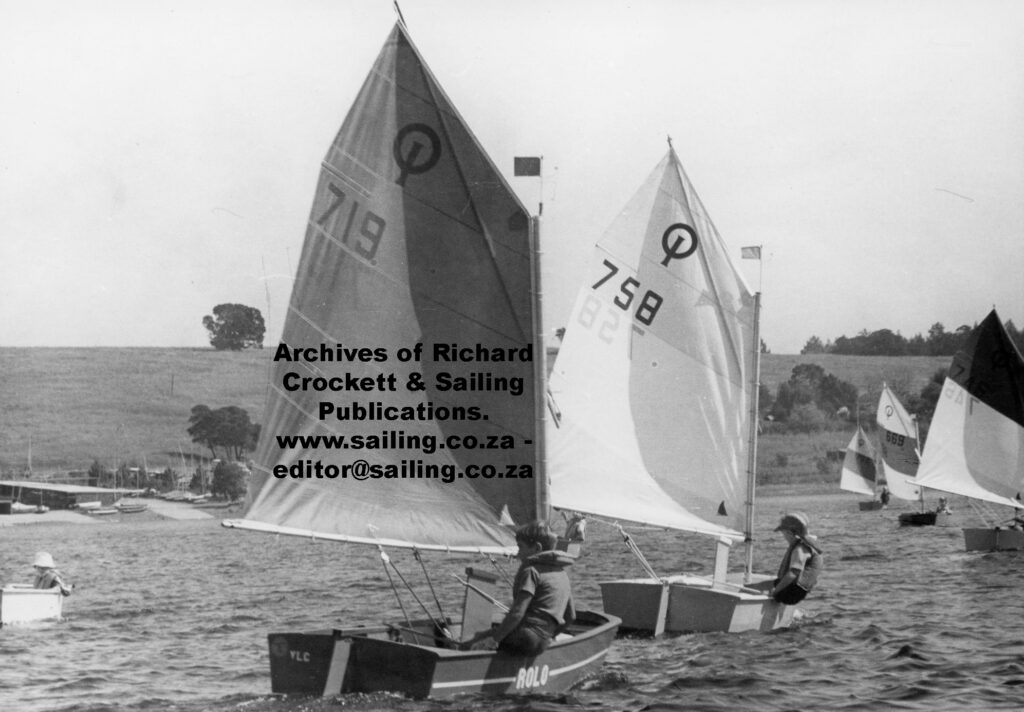 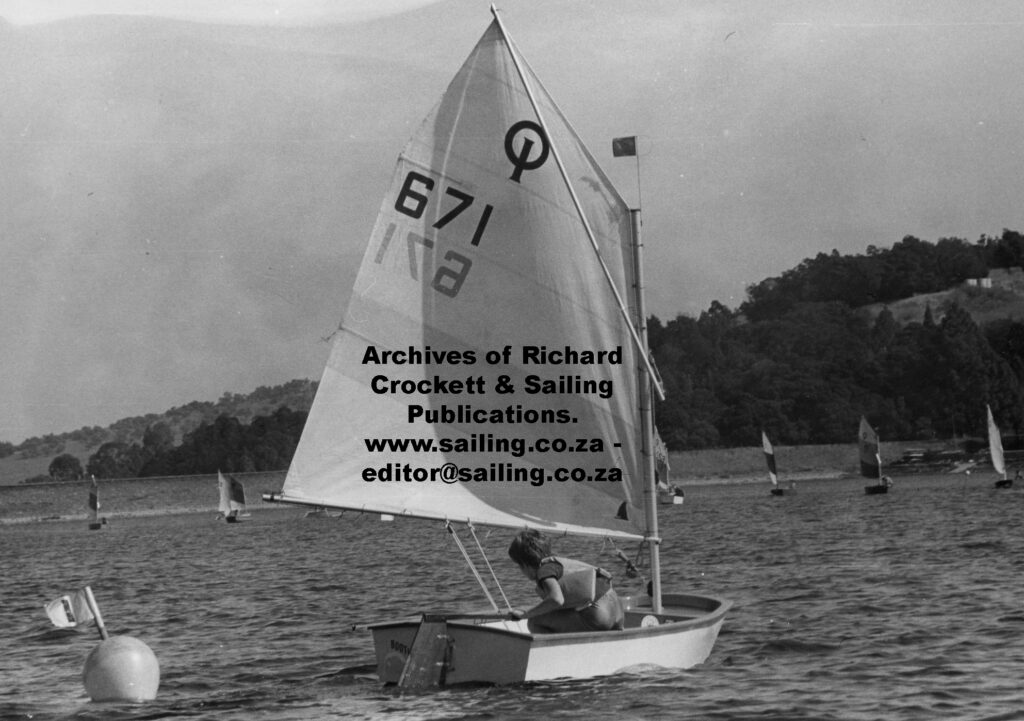 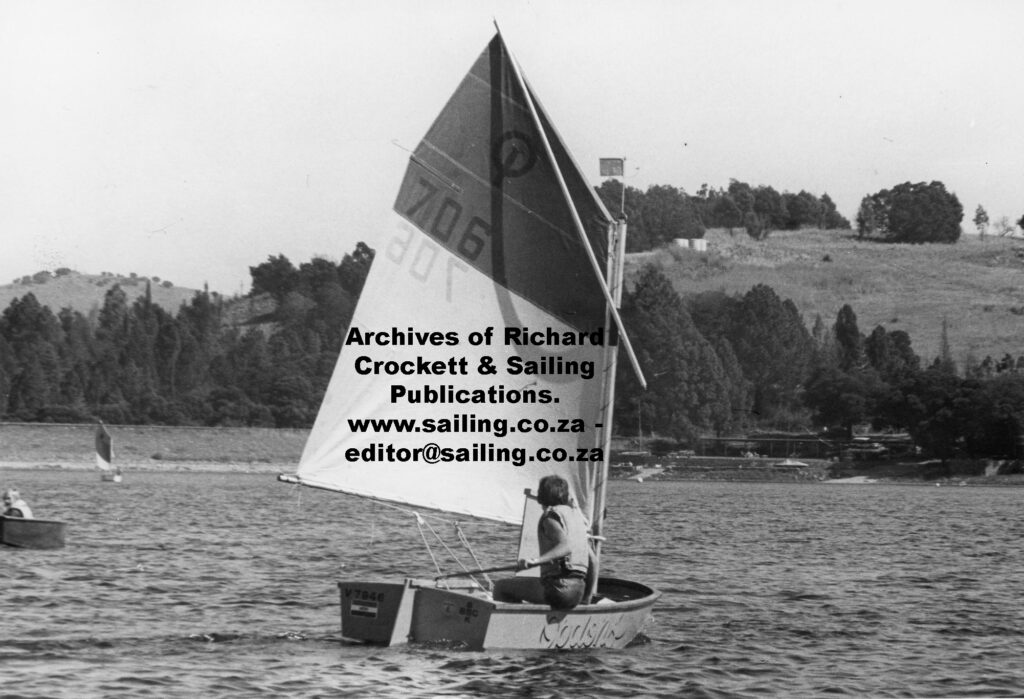 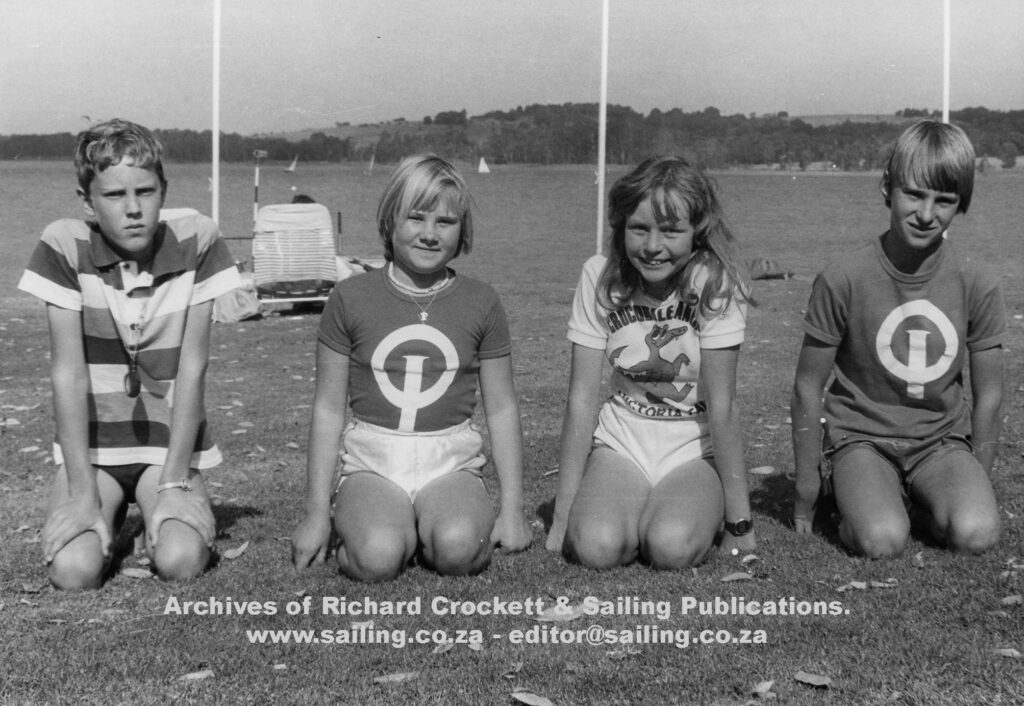 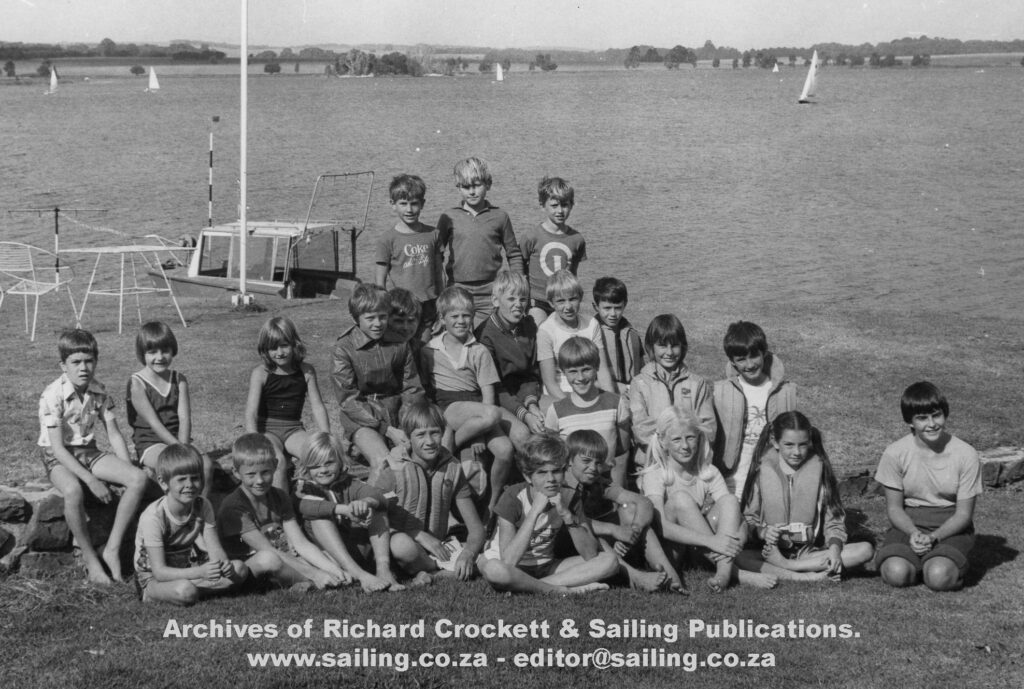 All the skippers from PSC.

Start of the first race. 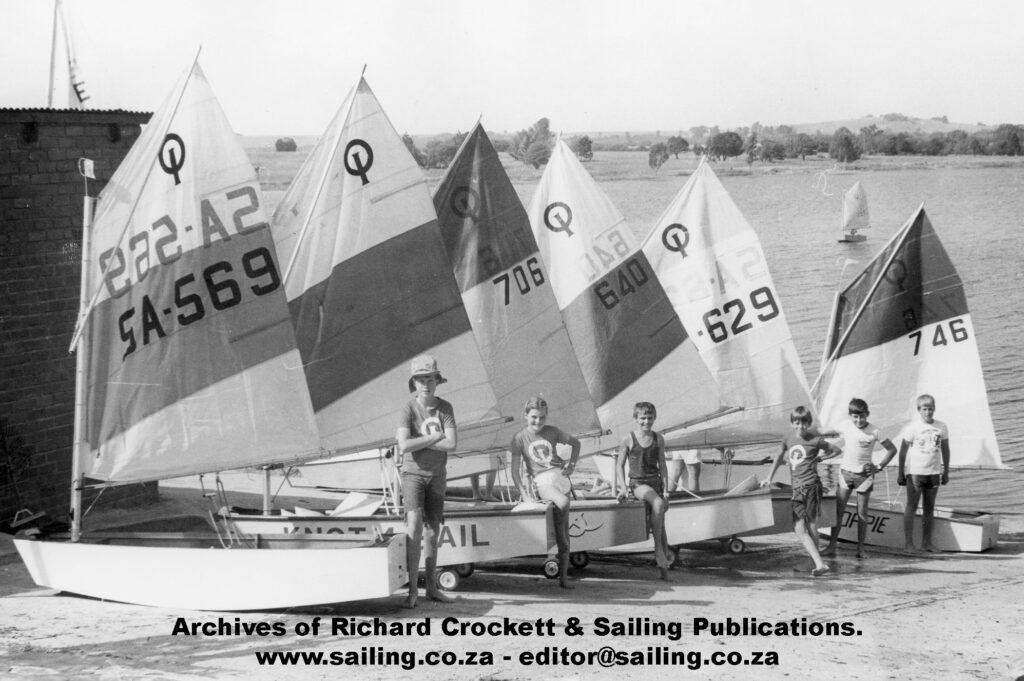 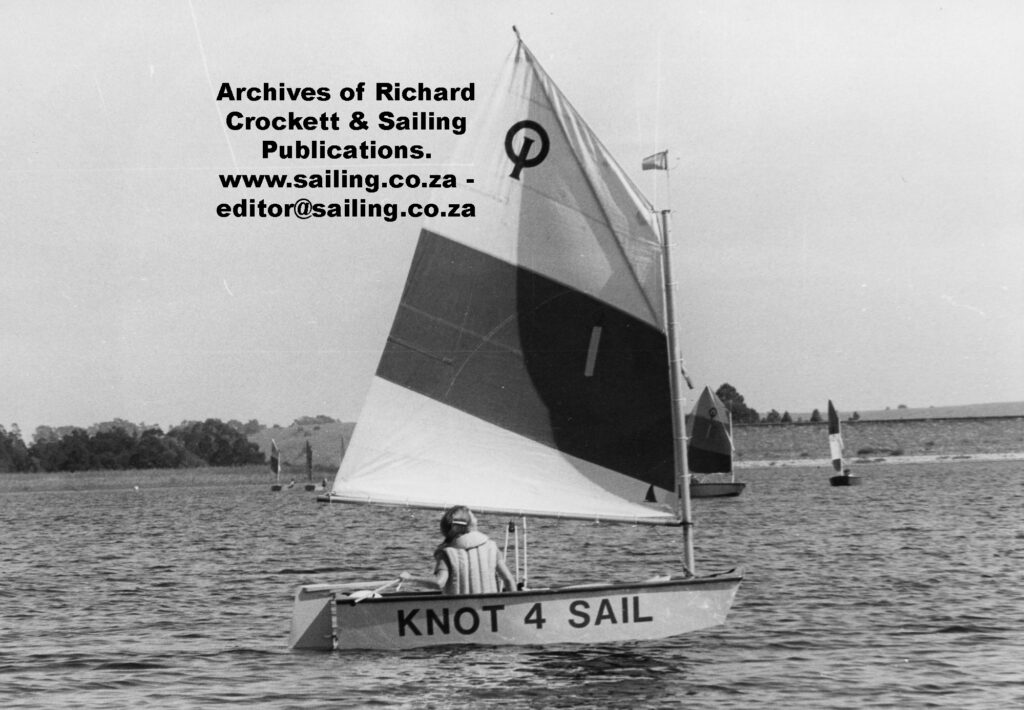 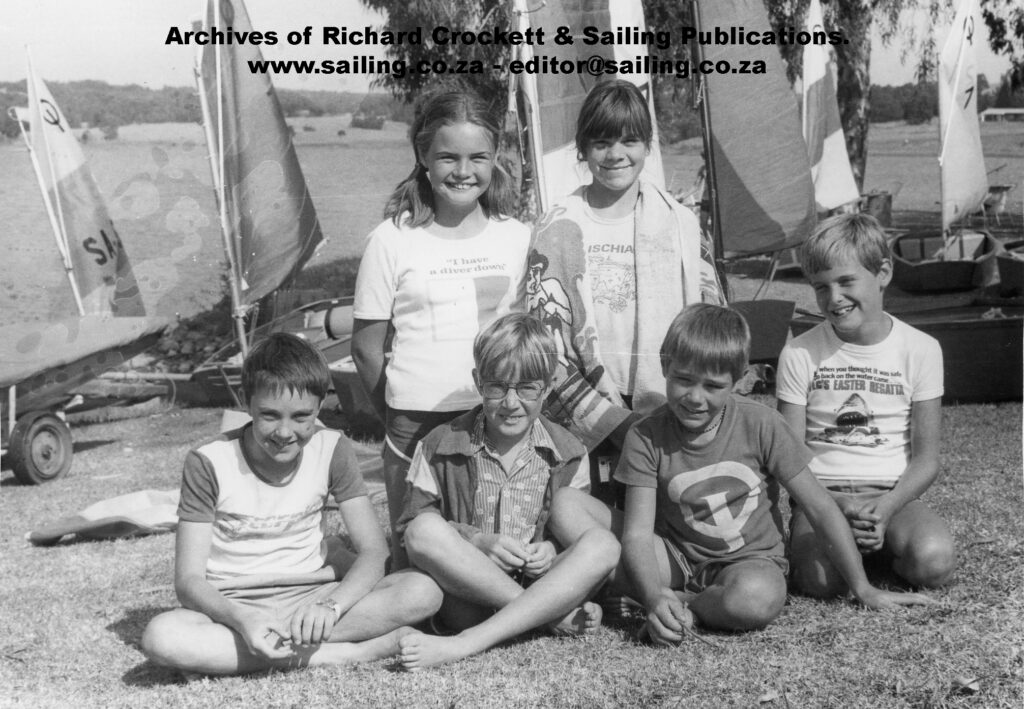 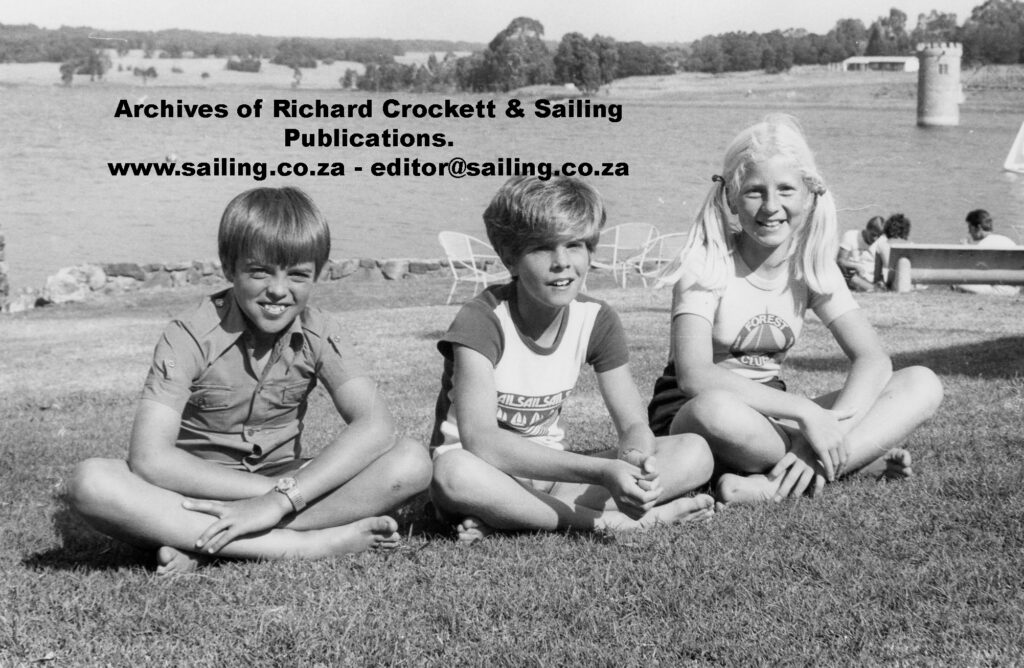 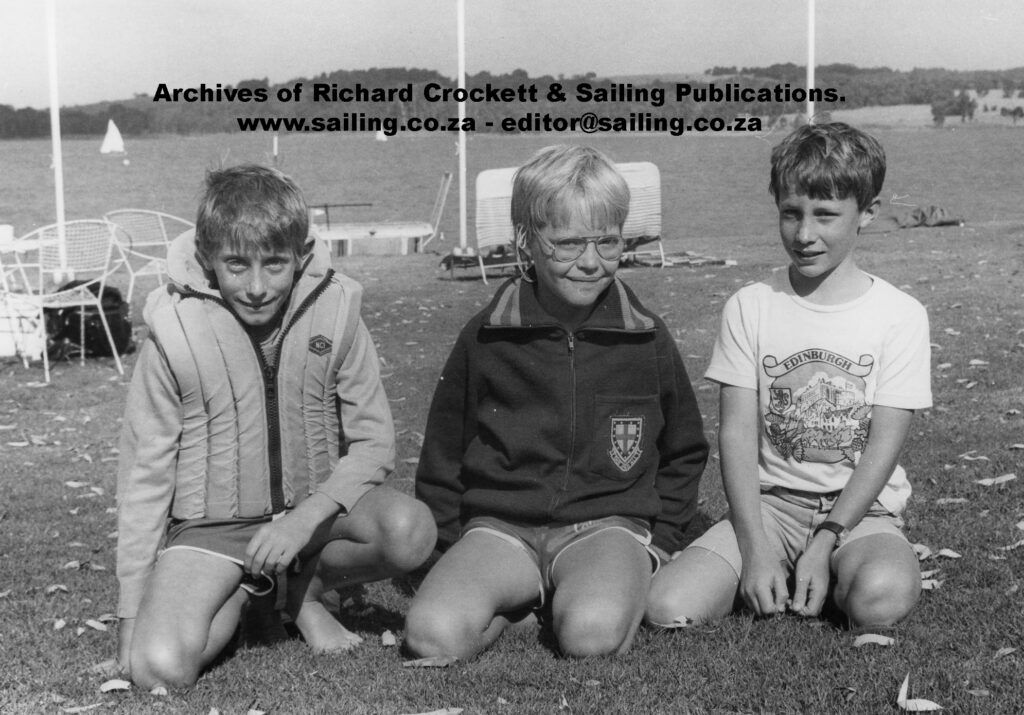 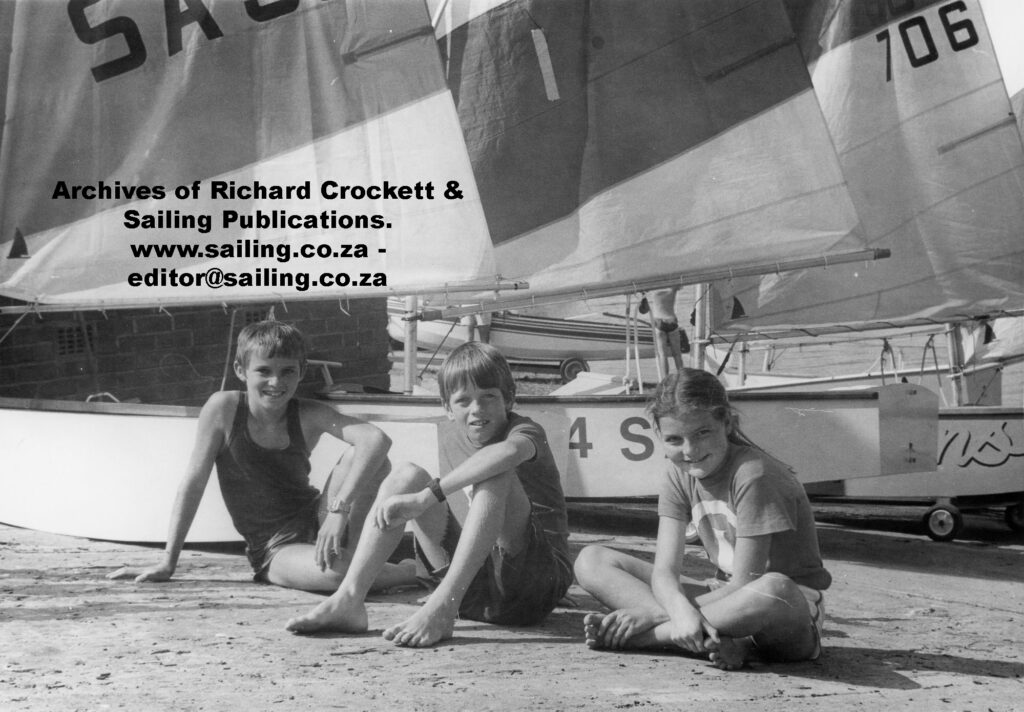