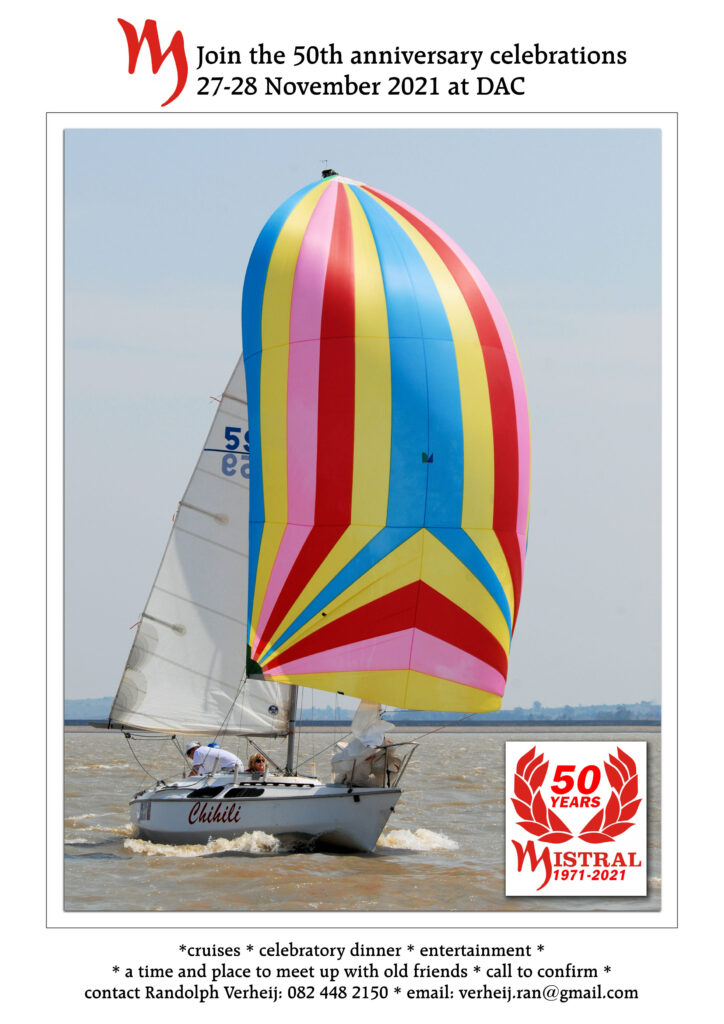 Thanks to all who responded to my request for info on local active sailing classes. I had missed the Laser (how could I!), and was specially delighted to hear from Graham Roberts who wrote as follows: “I’m amazed to hear the Mistral has reached its half century. I sailed the very first boat (‘Ponjaard’) on its launch day in the Round the Island race all those years ago.

“I was at school with Lex Raas (his dad Fred was the designer and builder) and the boat was raced right out of the boat shed by two teenagers. We were still cutting sail battens on our way to the start!

As a result I am happy to dedicate today’s Blog to Graham Roberts and the Mistral.

She was apparently designed for the International Quarter Ton Cup and JOG (Junior Offshore Group) racing. Her designer was Dutch-born Fred Raas who penned a modern high aspect sail ratio on a beamy, moderate-displacement hull with high ballast-to-displacement ratio to give her a smooth motion and stable performance.

The first boat was launched in May 1972 – and was advertised in the Triton Boats advert as “the fastest production boat in South Africa!”

The advert also went on to say the following: “We made our Mistral fat to give her an enormous internal volume: we disguised her size by giving her fair lines, clean and uncluttered. Then we confounded everyone by making her exceptionally fast. She is a thoroughbred Quarter Ton Cup racer and also complies with the Junior Offshore Group safety regulations.”

The very first mention of her in SA Yachting magazine was in April 1973 when she competed in the Round the Island Race on the Vaal Dam, and was sailed by Lex Raas. The boat was named ‘Challenge’.

It is interesting to note that despite no mentions in SA Yachting up to this point, 25 boats had been launched by April ‘73.

The Mistral Class is to hold various 50th Anniversary celebrations, but so far have not revealed to me what they are. Contact details are in their advert posted above.