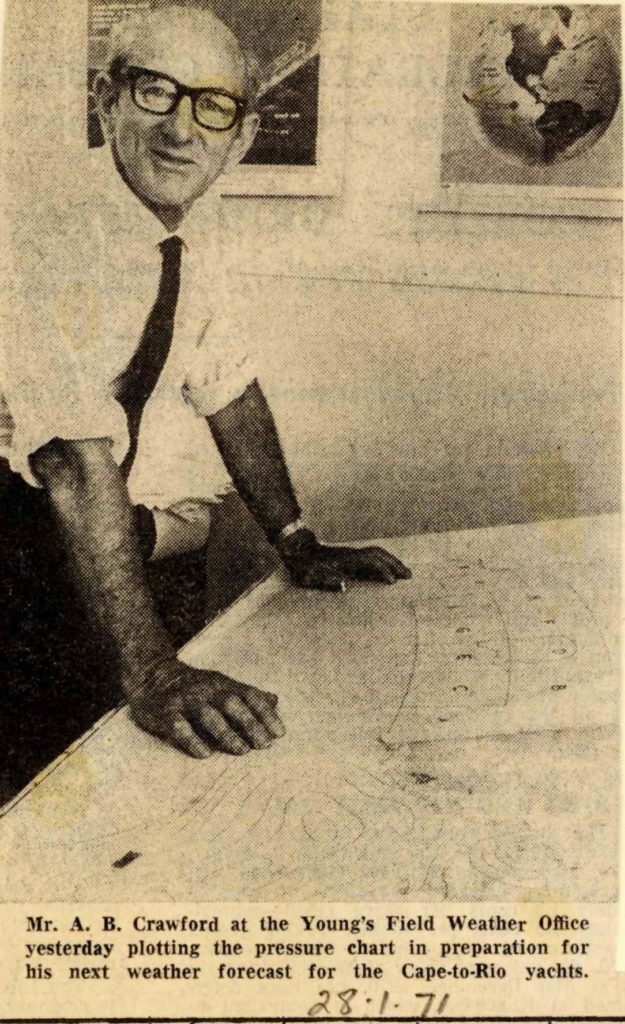 Media attention focussed on the front of the fleet, especially ‘Graybeard’, while the back markers and those who have radio issues are causing concern and anxiety back at home from loved ones.

One reporter sent back the following: “Most impressive of the frontrunners is undoubtedly ‘Fortuna’, which we found about 4 p.m. yesterday running before a 15-knot easterly under a spinnaker, mainsail, mizzen and unusual two-tone water sail ballooning out over her port bow.” One can only assume that the water sail is in fact a blooper, a running sail used only dead-downwind.

No doubt due to different deadlines, there was conflict as to which really was the yacht closest to Rio. “‘Graybeard’ Seems to Be in Front” said one headline, another said “‘Albatros II’ 12 Miles Ahead of ‘Graybeard’”. Irrespective, the battle at the front of the fleet was intense, with the smaller ‘Albatros’ sailing stunningly well.

What intrigued me most, especially in this modern era with worldwide connectivity at the tip of one’s fingers and the press of a button, how elaborate plans had to be made to get the plans of ‘Stormkaap’ to David Abromowitz in St Helena. Today they would be on email in a flash – but back then – well read the report!

“Weather News for Yachts Hits Snag”. From now on, the Maritime Office at Young’s Field is going to have more difficulty in plotting the weather forecasts for the Cape-to-Rio yachts.
READ MORE HERE:  1971 01 28 – Rio 1971 – Dave Elcock Collection -000555 – OCR

“No·Concern Over ‘Silent’ Yachts”. Some wives and parents, who have been following the progress of the yachts as they sail to Rio, are getting anxious as to the whereabouts of yachts that have not reported their positions to the guardship regularly and that are believed to be at the tail-end of the fleet.
READ MORE HERE:  1971 01 28 – Rio 1971 – Dave Elcock Collection -000506 – OCR

“Car Dash with Stormkaap Plans”. After a car dash from Zeekoevlei to the docks in peak-hour traffic yesterday afternoon, plans were put aboard the liner ‘S.S. France’ that may help skipper Dave Abromowitz and his crew get damaged sloop ‘Stormkaap’ seaworthy again at St. Helena.
READ MORE HERE:  1971 01 28 – Rio 1971 – Dave Elcock Collection -000338 – OCR

“World Interest in Ocean Yachting”. Although for many years South African yachtsmen have competed individually or in teams in international yachting, the South African general public have had no real chance to appreciate how world-wide and enthusiastic is the interest in both dinghy racing and ocean competition.
READ MORE HERE:  1971 01 28 – Rio 1971 – Dave Elcock Collection -000534 – OCR 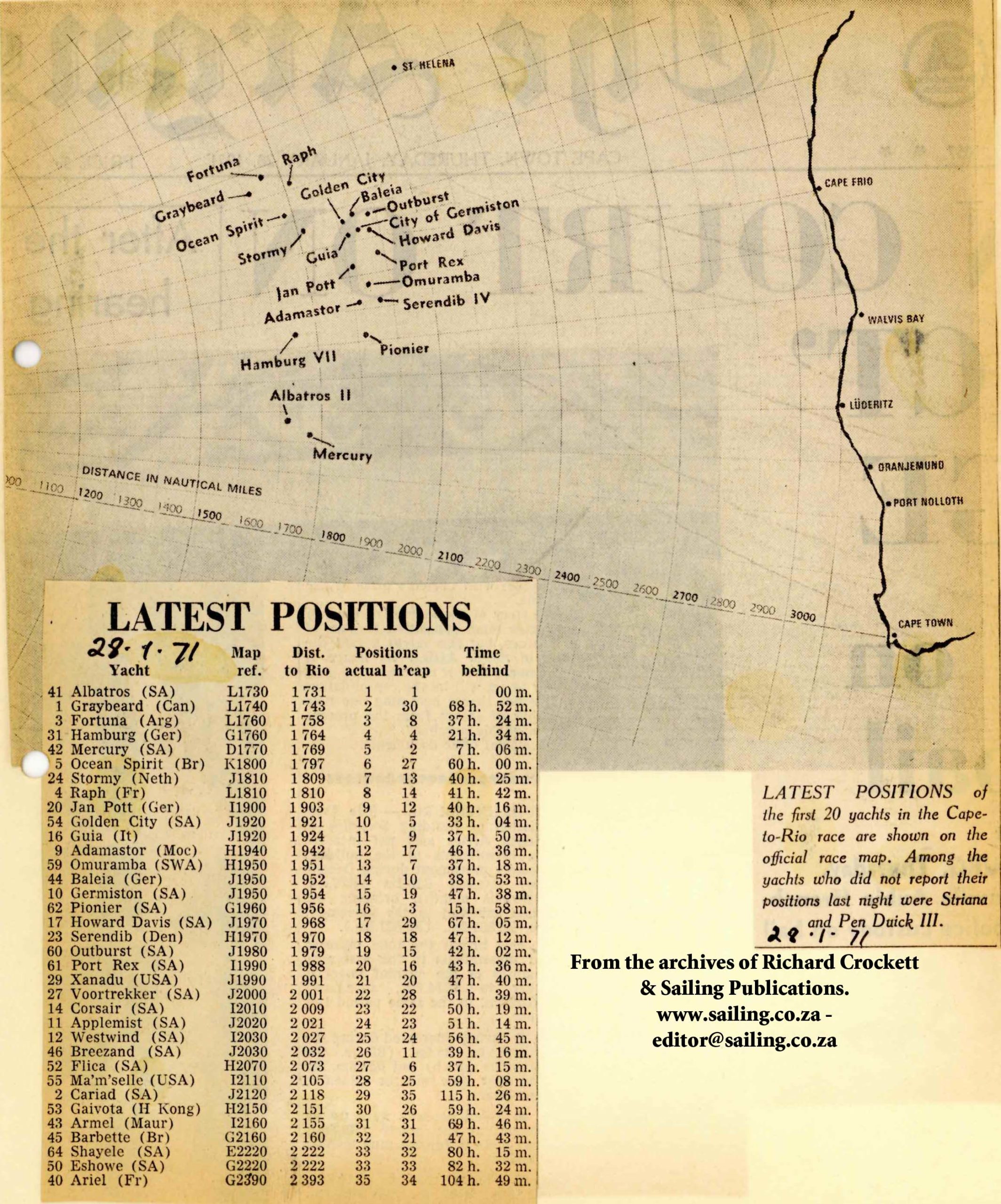