“Talking Sailing” From My Archives. L26 – Her First Public Appearance 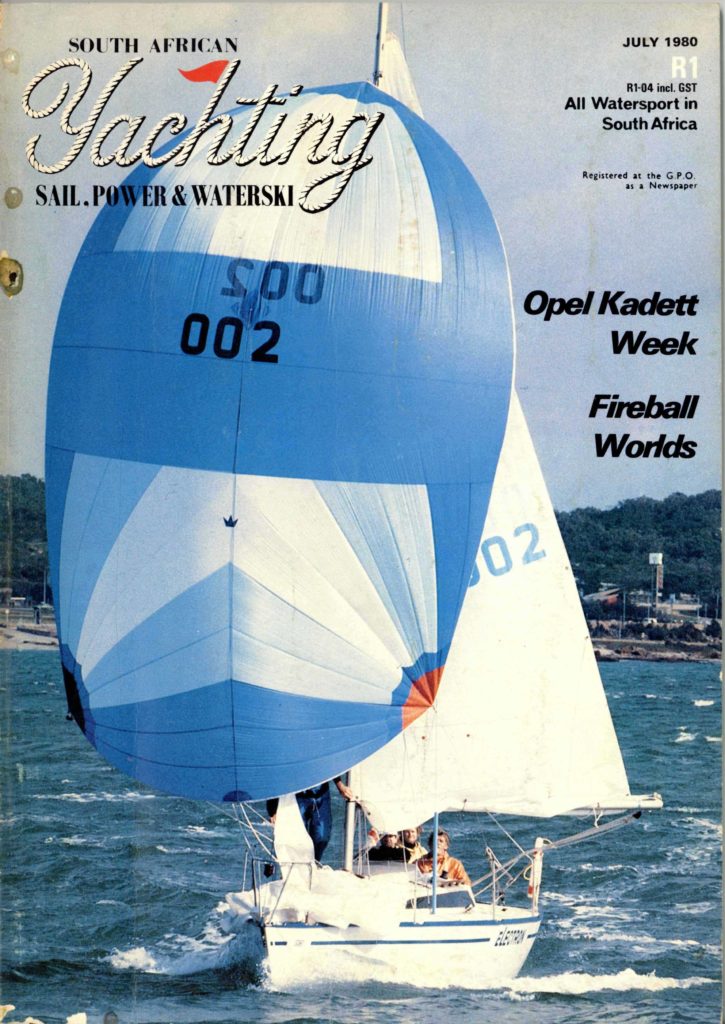 Making her first public appearance at the Algoa Bay Yacht Club’s Kadett Week was the new Lavranos L26 Electron, the forerunner of an intended one design class at present taking shape in Durban and on Vaal Dam.

How could I have missed this milestone?

It was 40 years ago that the L26 was first launched and sailed in anger, and she certainly performed beyond the wildest dreams of her designer Angelo Lavranos, and her promoters being David Cox and John Gordon-Thompson. The proof of the pudding was in the eating, and the report of her racing in Kadett Week off Port Elizabeth in 1980 proves that.

Her launch was less spectacular as on the way from Durban the trailer jack-knifed causing some damage to the boat and breaking her mast. But bullet-proof she was and she made the start line on time – and the rest is history.

The L26 certainly caught the imagination of yachties countrywide as numbers grew rapidly up to the 80-boat mark as it provided the kind of one-design racing that people wanted – at an affordable price. 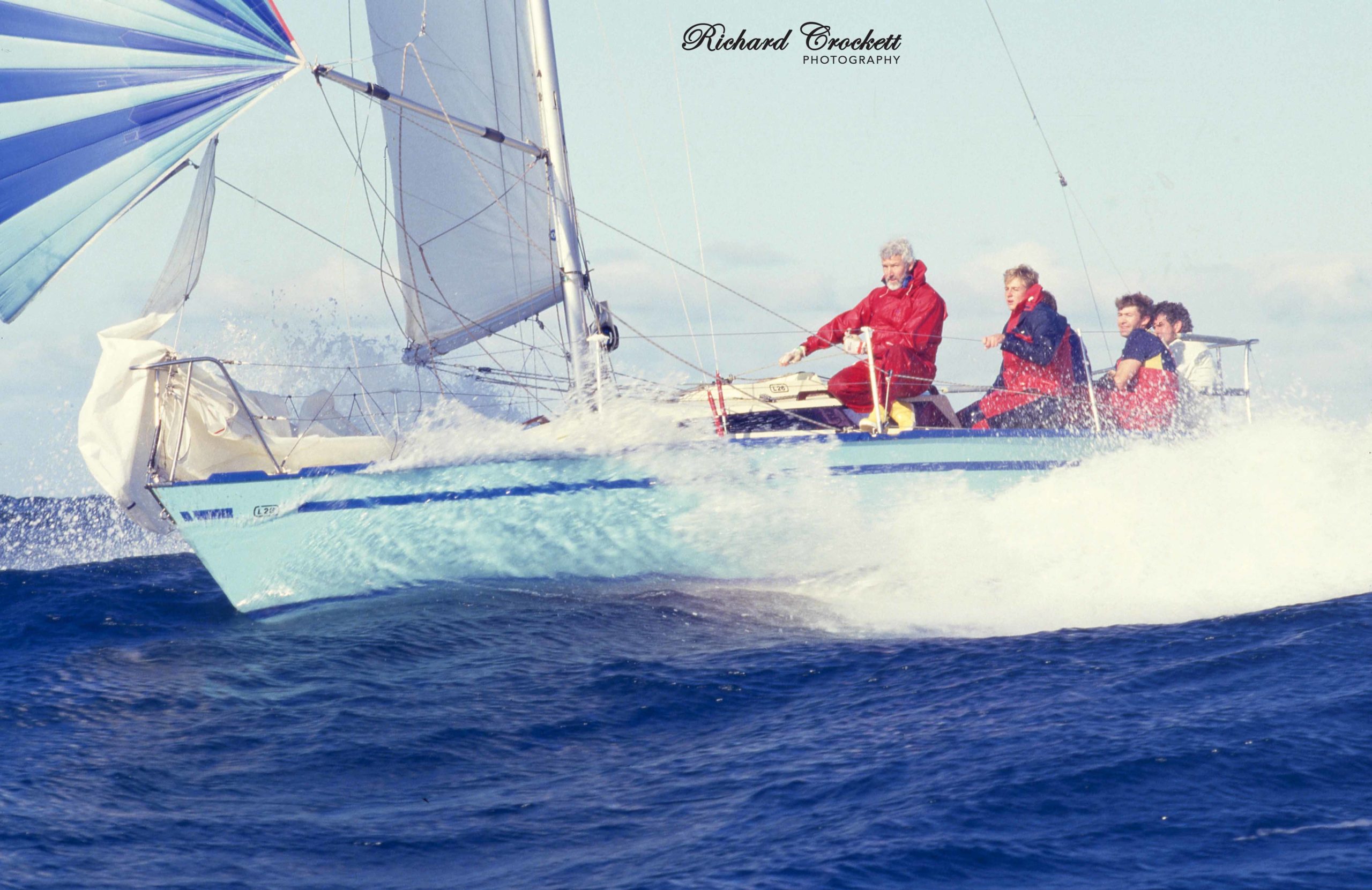 Peter Hishin and his crew churning up the sea off Durban in big westerly breeze.
pic by Richard Crockett

The fact that the L26 quickly became the Lipton Cup choice of boat added value, but in many ways probably led to its downfall as a class. As the years progressed so the competition became hotter and the will to win that coveted cup became really intense, that loads of tweaking was done to get that extra little bit of advantage. The class rules were not robust enough and were constantly being challenged, as were discrepancies between boats.

And as the years progressed, her performance compared to more modern designs left a lot to be desired, and with L26 numbers on the race course falling annually, it was inevitable that it was dropped as the Lipton Boat.

Don’t get me wrong, this was a magnificent boat in its heyday and one which filled a gap in the market and fulfilled what people wanted from their sailing. It was forty-plus years ago when she was designed, so naturally more modern and more slippery hulls caught the imagination and were hankered over. 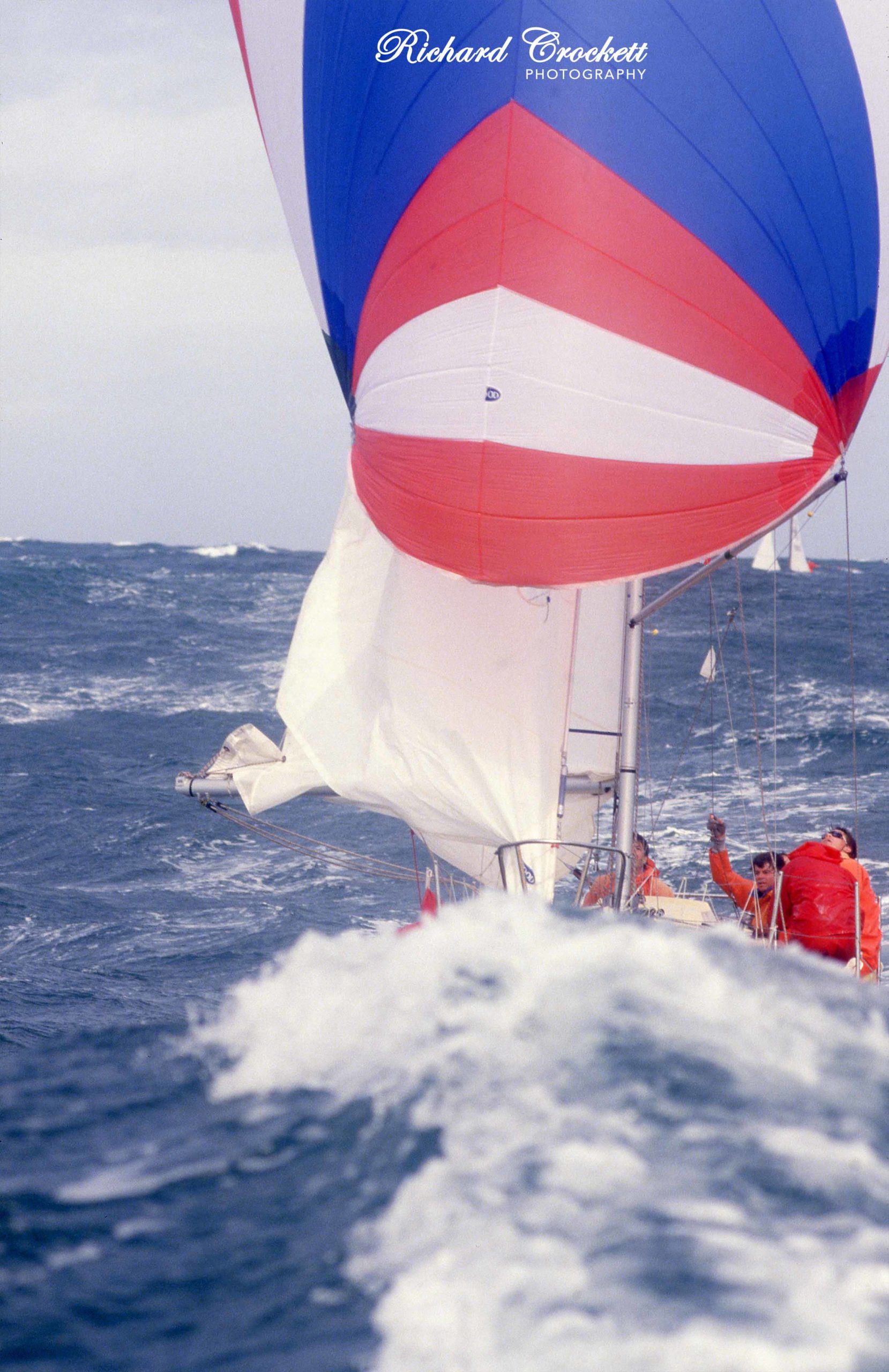 Dave Hudson and his crew aboard Halcyon taking control of the big westerly breeze off Durban.
pic by Richard Crockett

Those who brought her to the market did sailing in this country a massive service.

While no longer sailed as competitively as these boats have been pushed, especially on the Lipton Cup race track, the L26 now provides a bullet-proof youth training yacht which will be around for many years to come.