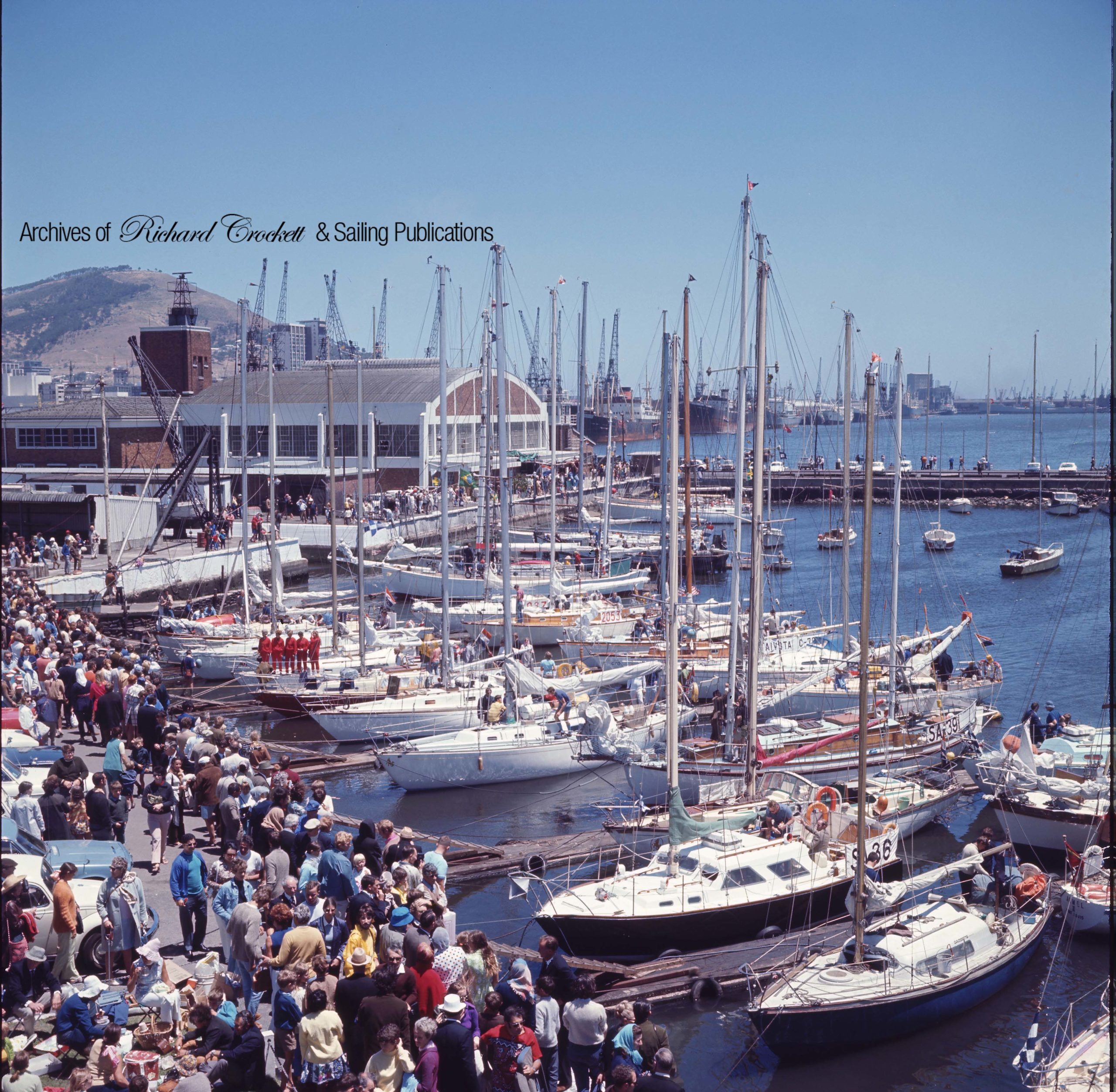 It’s the day everyone has been waiting for, the excitement is at fever-pitch, and now all that’s left is to drop the mooring lines, head to the start and then sail 3600 nautical miles to Rio.

50 years ago today the 1971 Cape to Rio Race start changed the face of sailing in this country. It put South Africa firmly on the international sailing map, and what’s more, it was the longest ocean race in the world at the time. The organisation by the Cruising Association of South Africa (CASA), the South African Ocean Racing Trust (SAORT) and the Royal Cape Yacht Club was very slick and earned the praise of all competitors, local and international alike.

But let’s get back to 1971 as the crowds, estimated to be in excess of 125 000 people took to all the vantage spots overlooking Table Bay to watch the start. Many of those spectators there and then made a mental note that they too would be on the start line in a future race, such was the unique and exciting spectacle, and crews pioneering an historic event.

But, it was not all a bed of roses for all, as one yacht from Durban missed the start as she was battered by headwinds all the way from Durban and sailed into Table Bay as the fleet was about to depart.

Another was delayed at Robben Island with mast problems, yet her crew set to work, repaired the damage without outside assistance and went off again in pursuit of the fleet. 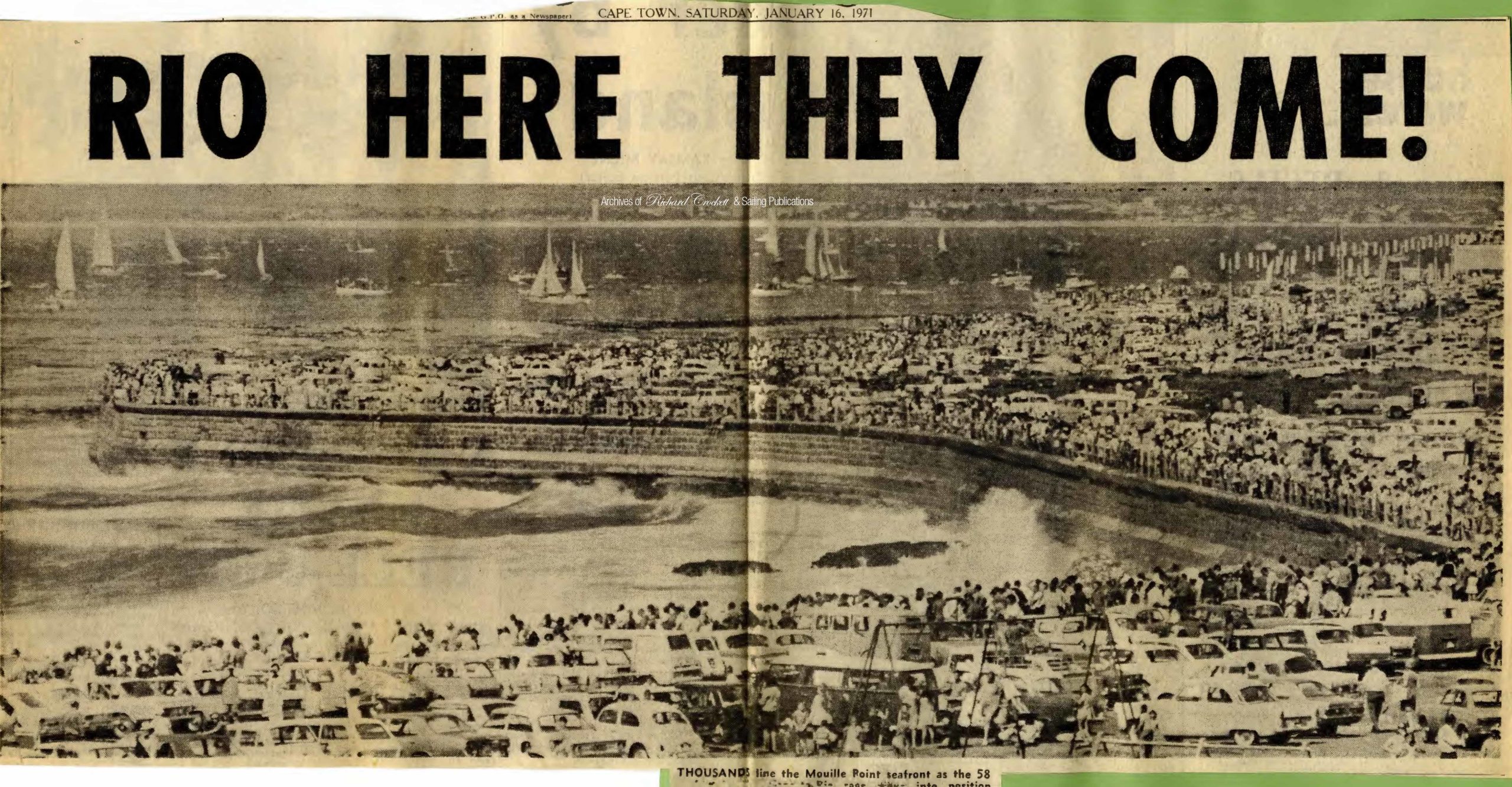 “Battered Ketch Battles on in Vain”. The dramatic dash by the ‘Wayfarer’ to reach the starting line on time failed, and she is automatically disqualified from taking part in the race.
READ MORE HERE:  1971 01 16 – Rio 1971 – Frans Loots Collection – 421 – OCR_Redacted

“South-easter Chop Changed Our Plans”. Granger Bay traffic was at a peak when
I chugged in on a rusty crawfish boat to watch the last-minute scrambles of the 58 Rio race yachts dodging one an other and vying for a flying start at the boom of the smoky gun of the ‘SAS Mosselbaai’.
READ MORE HERE:  1971 01 16 – Rio 1971 – Dave Elcock Collection -000478 – OCR

“Wonderful Sight But A Traffic Nightmare”. The sight of 38 world-class yachts gliding gracefully out of Granger Bay beneath sunny skies provided an unforgettable scene on Saturday afternoon for the army of spectators lining the Devil’s Peak-to Signal Hill amphitheatre, as well as hundreds on the bay itself. The Cape-to-Rio race was on.
READ MORE HERE:  1971 01 16 – Rio 1971 – Dave Elcock Collection -000480 – OCR

“Albatros is Delayed At Robben Isle.”  Cape-to-Rio yachts were bowling along beautifully yesterday in what crewman Brian Lello, in the Knysna sloop ‘Albatros II’, described by radio telephone at lunch-time as perfect yachting weather. After keeping station ahead of the fleet during the night, ‘Tafelberg’, which is the guardship, turned back yesterday morning and passed closely to the apparent leaders at that stage.
READ MORE HERE:  1971 01 16 – Rio 1971 – Dave Elcock Collection -000358 – OCR 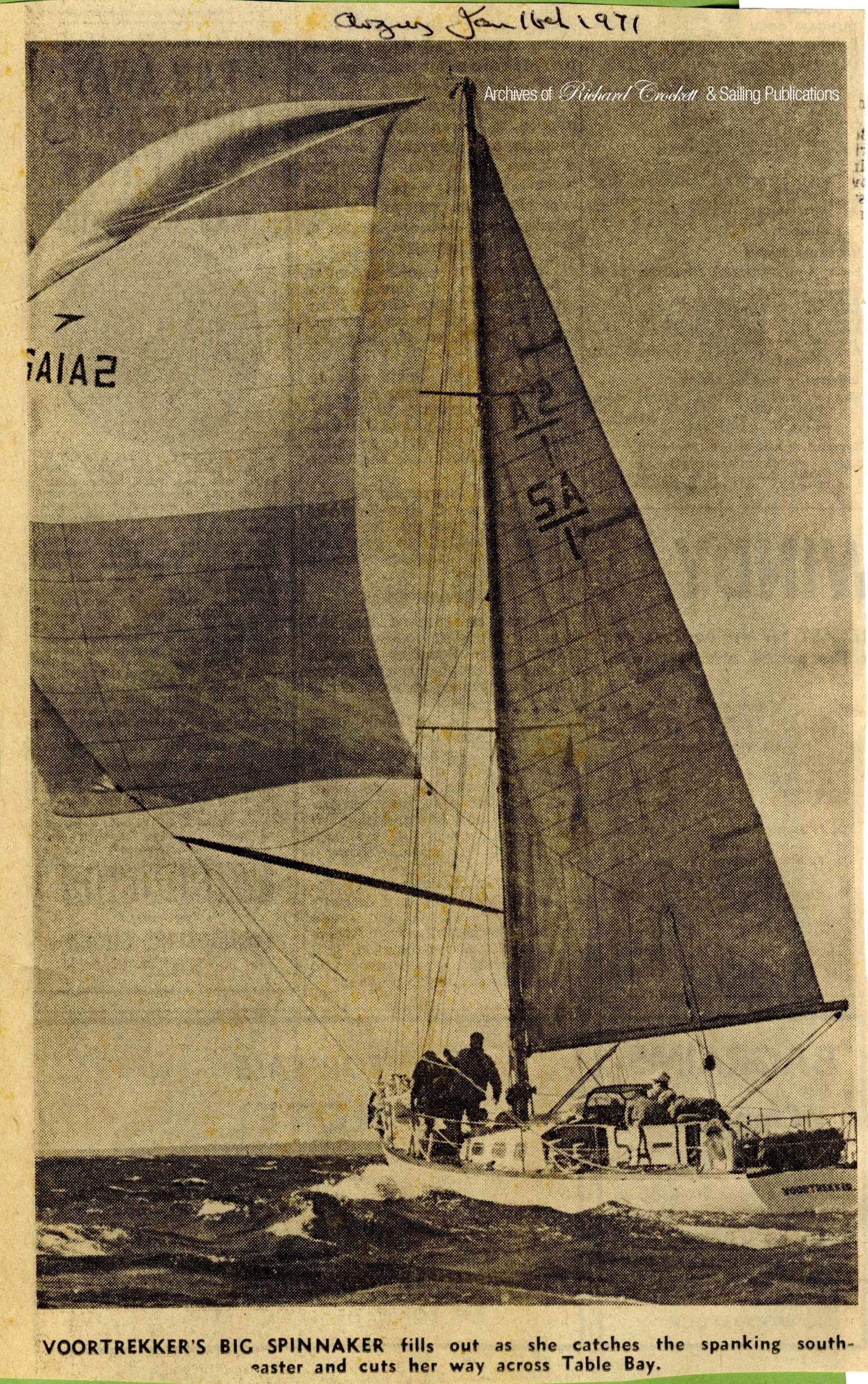 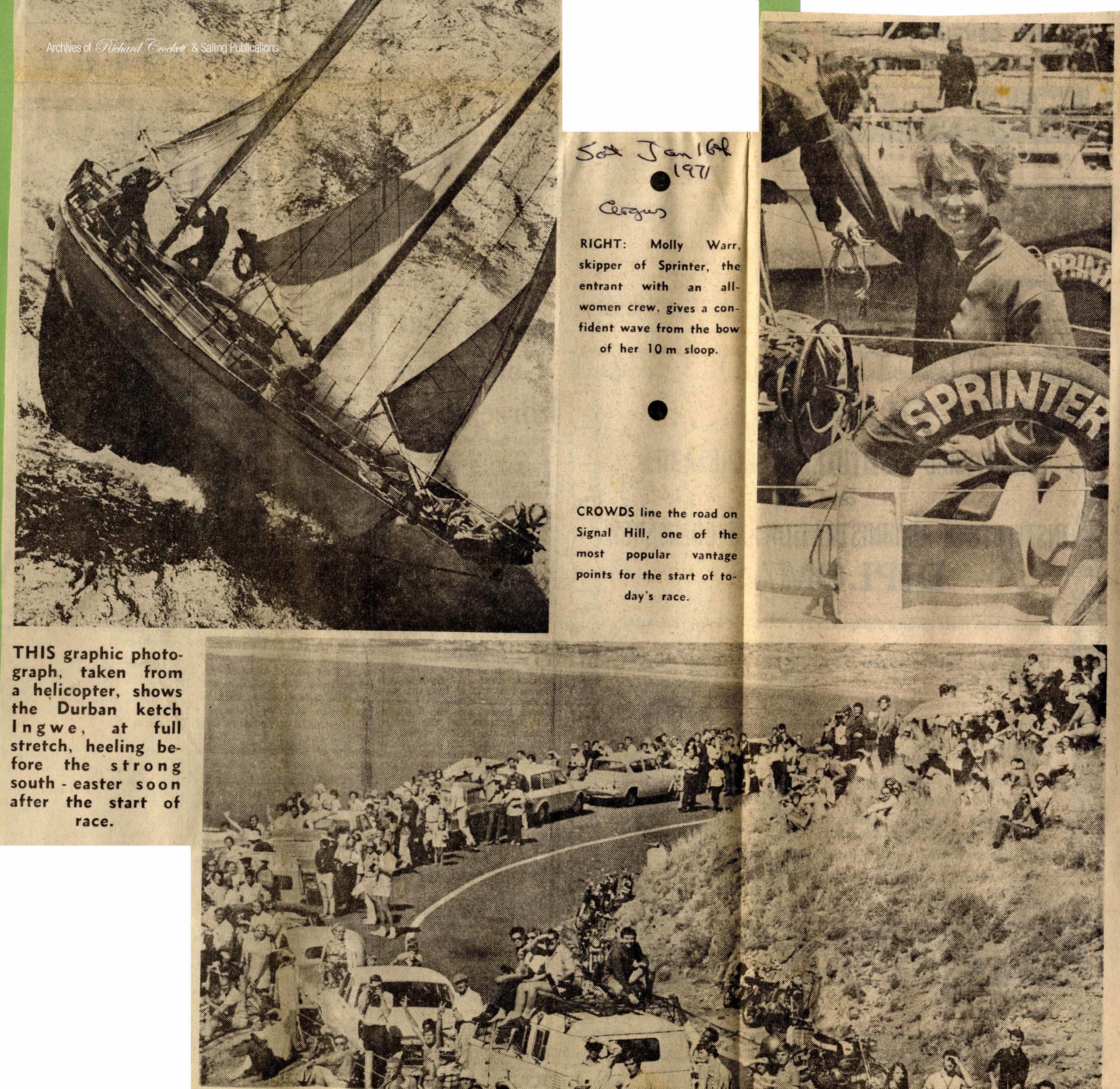 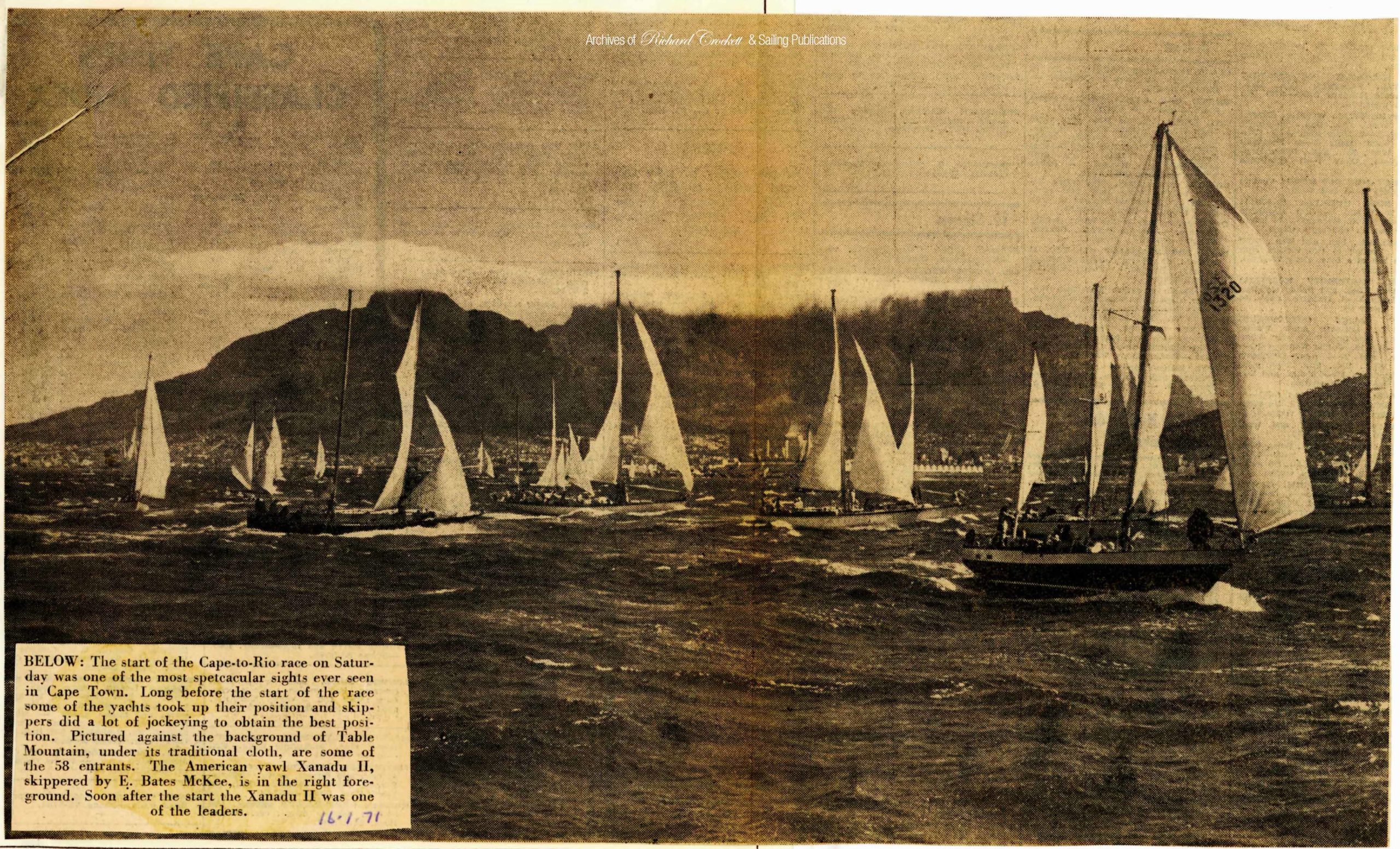 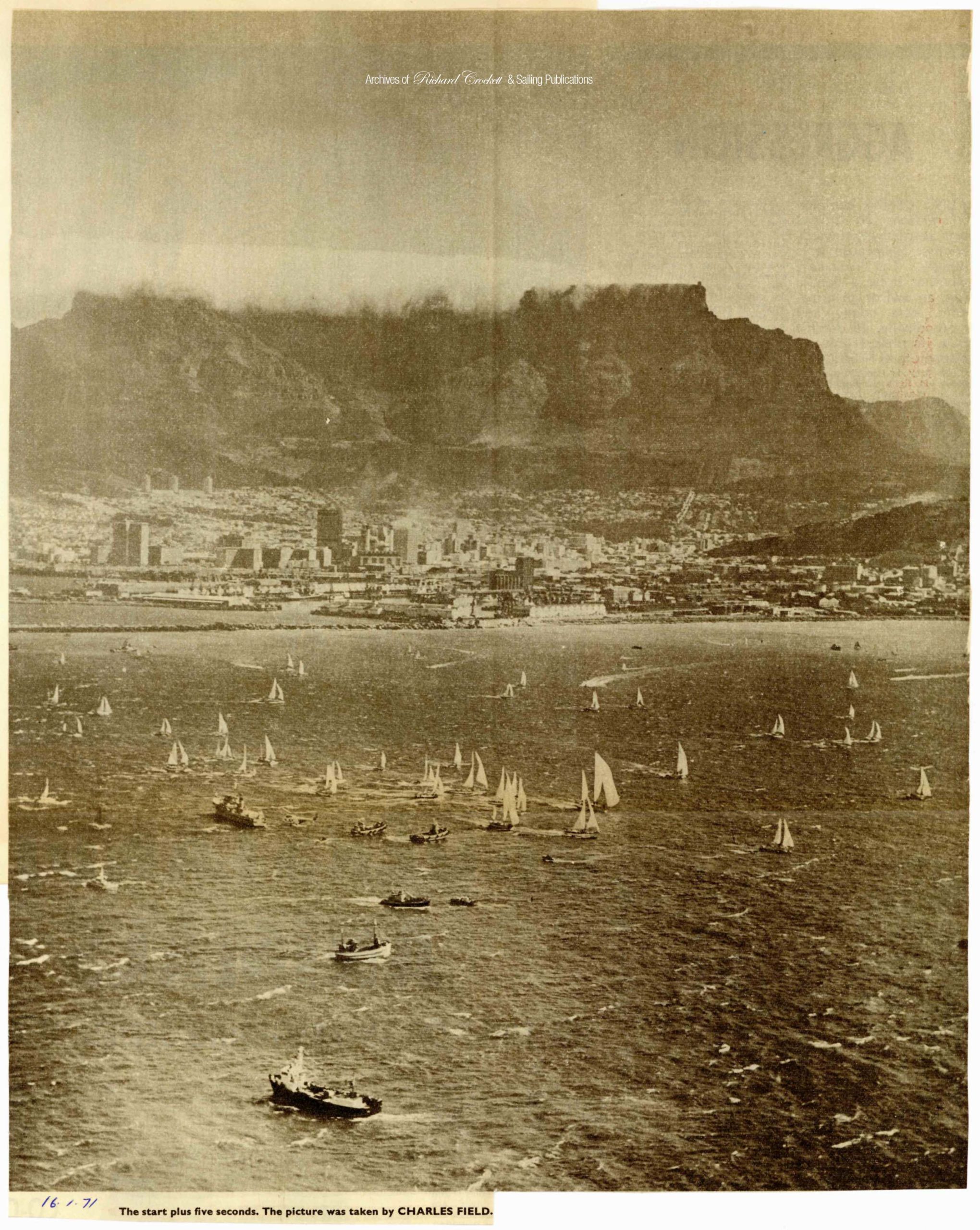 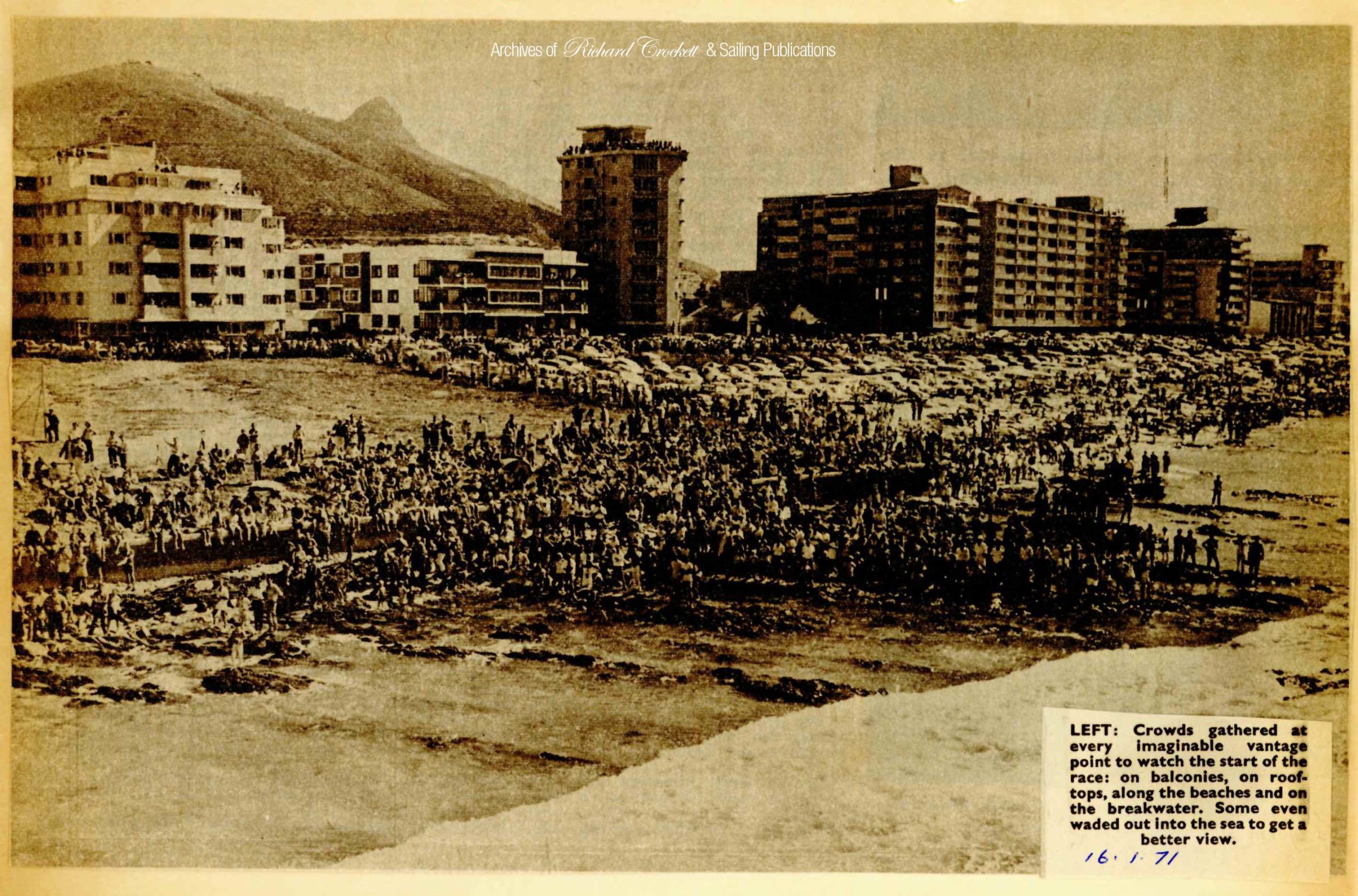 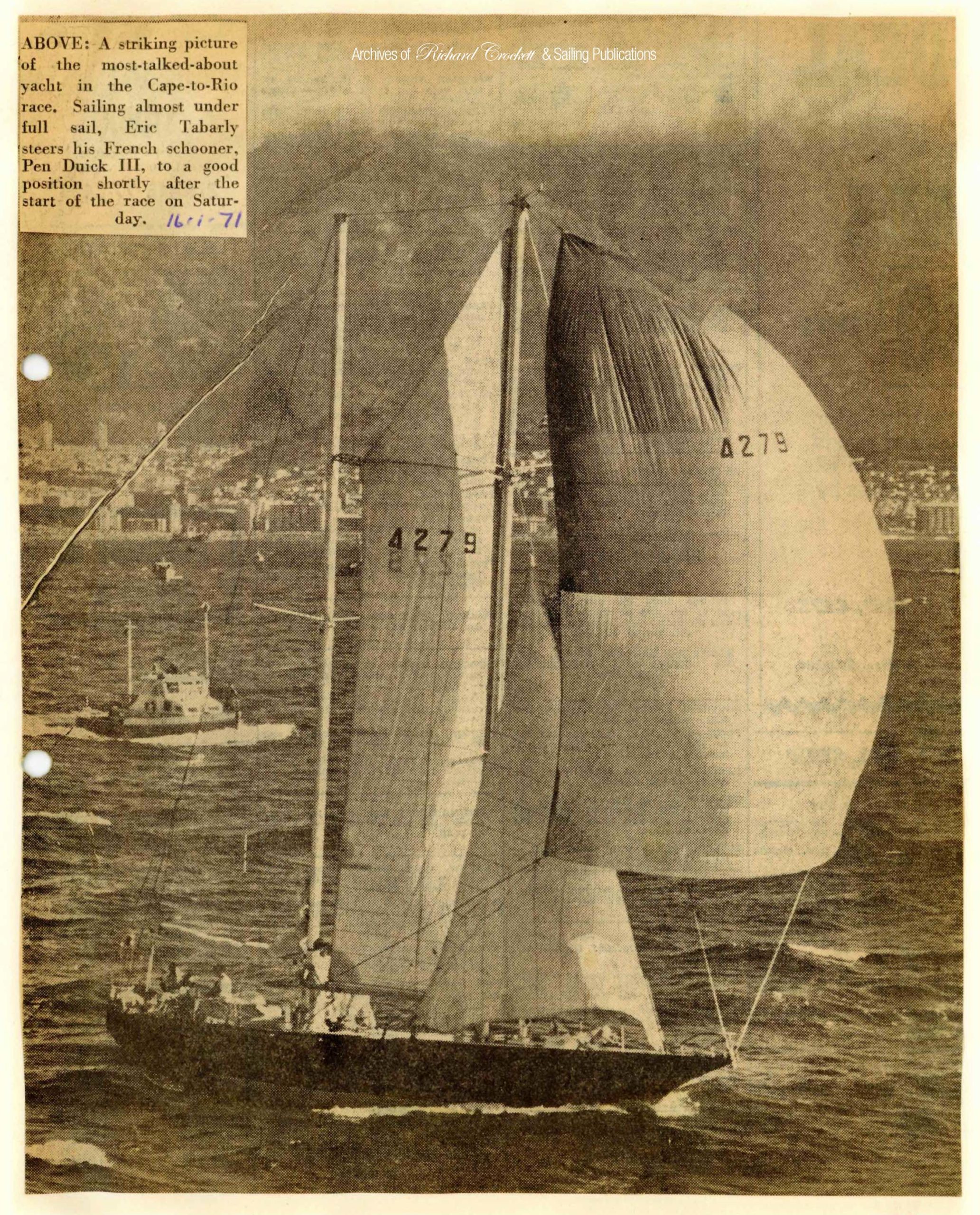 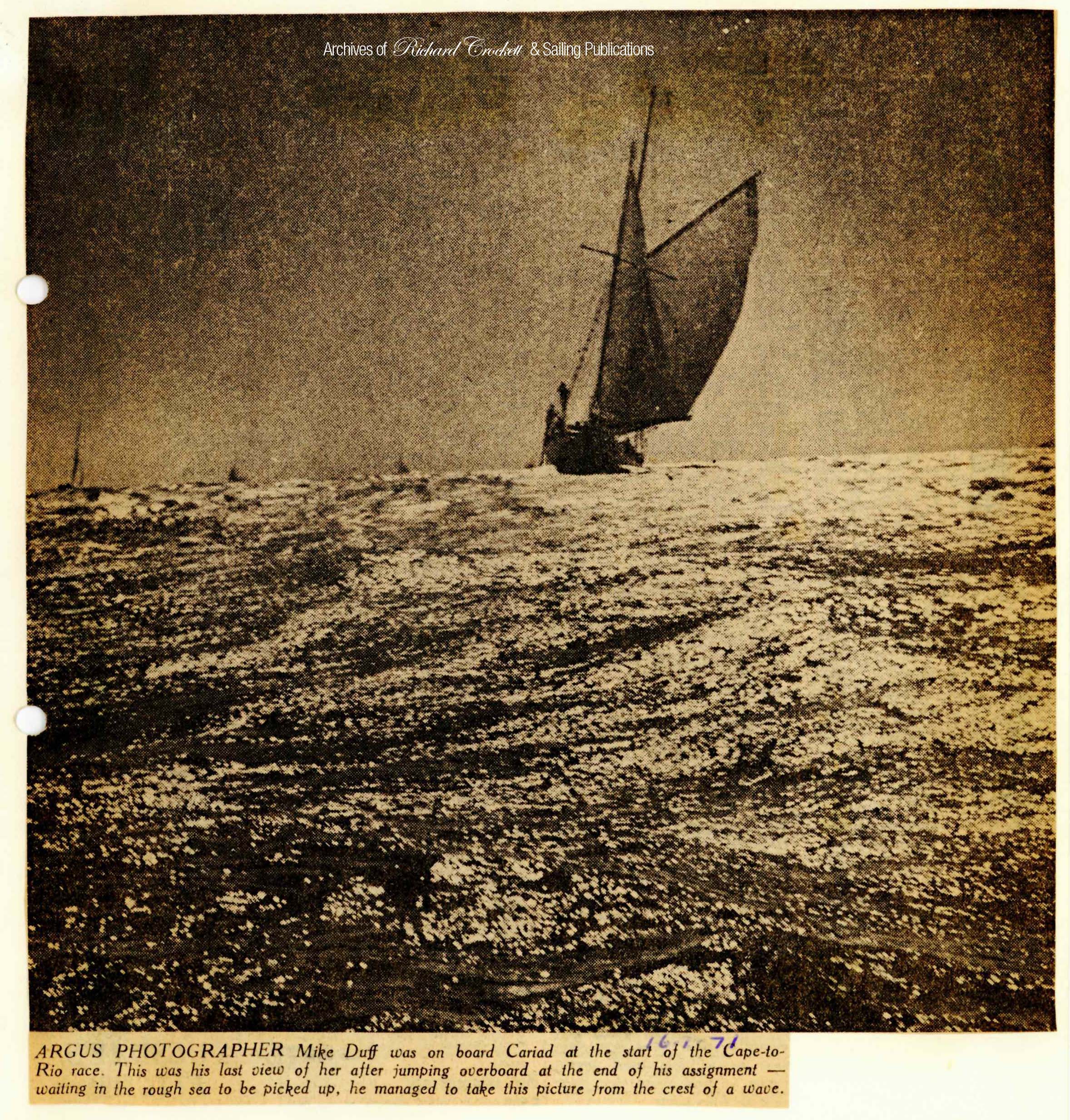 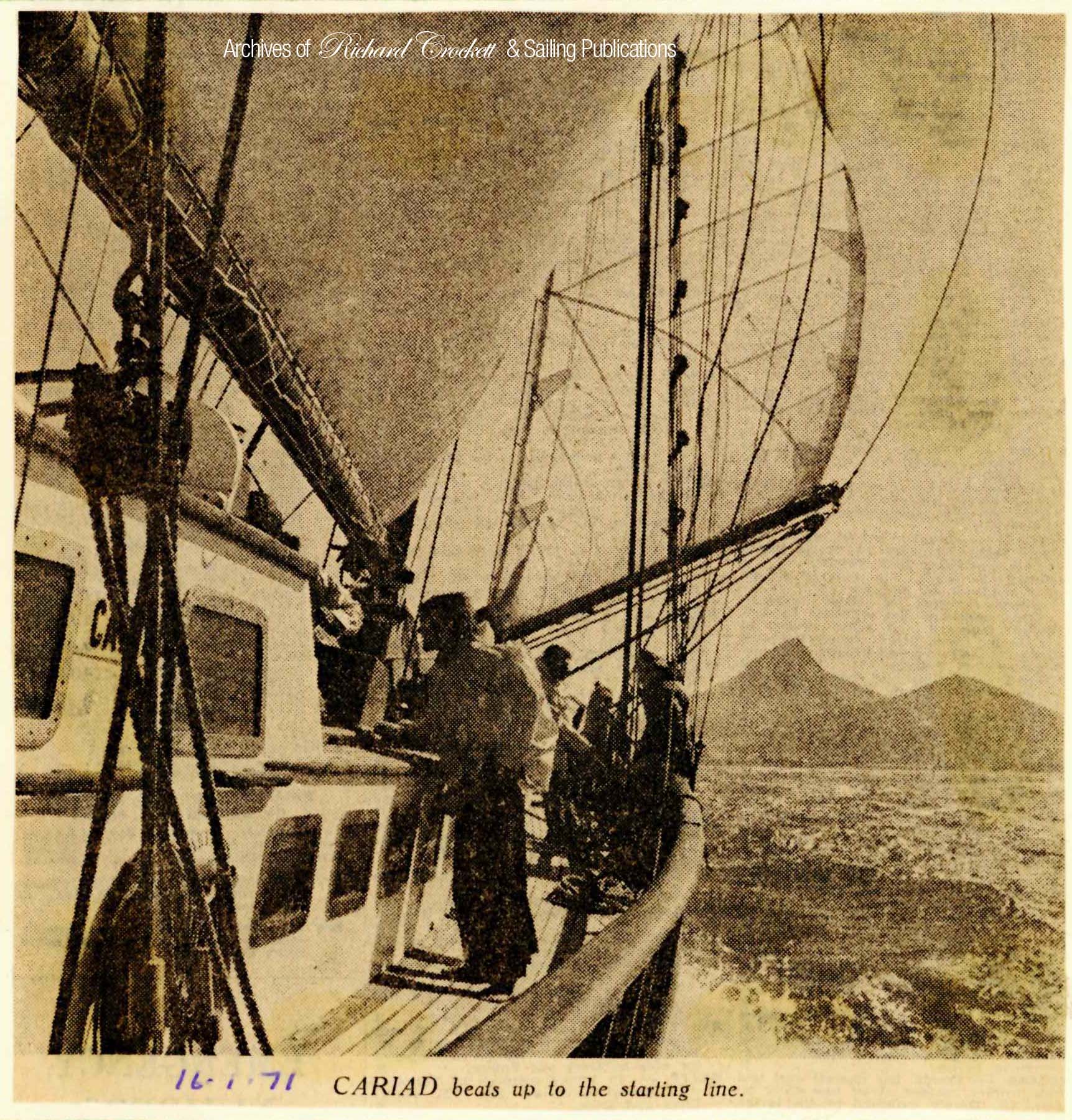 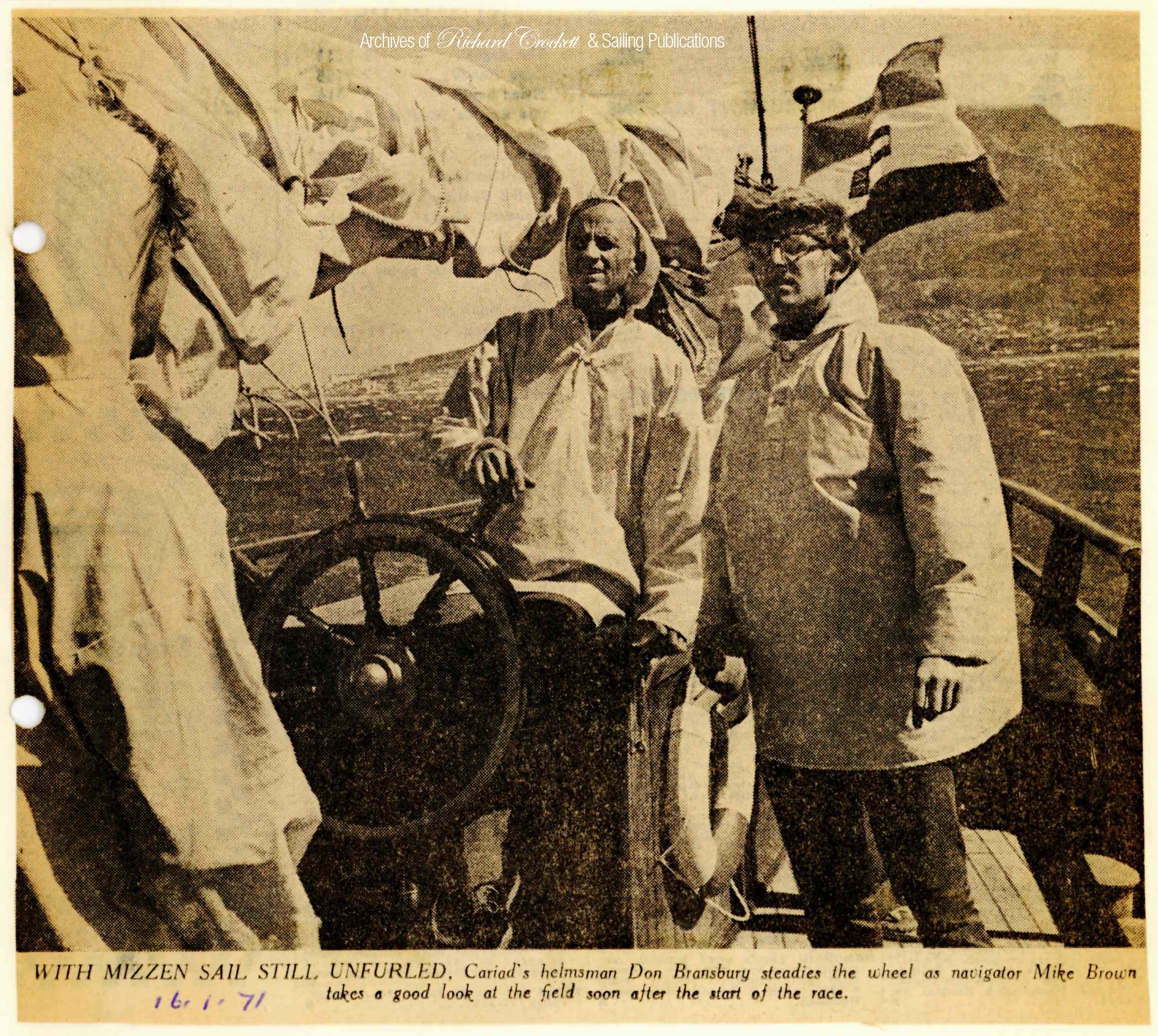 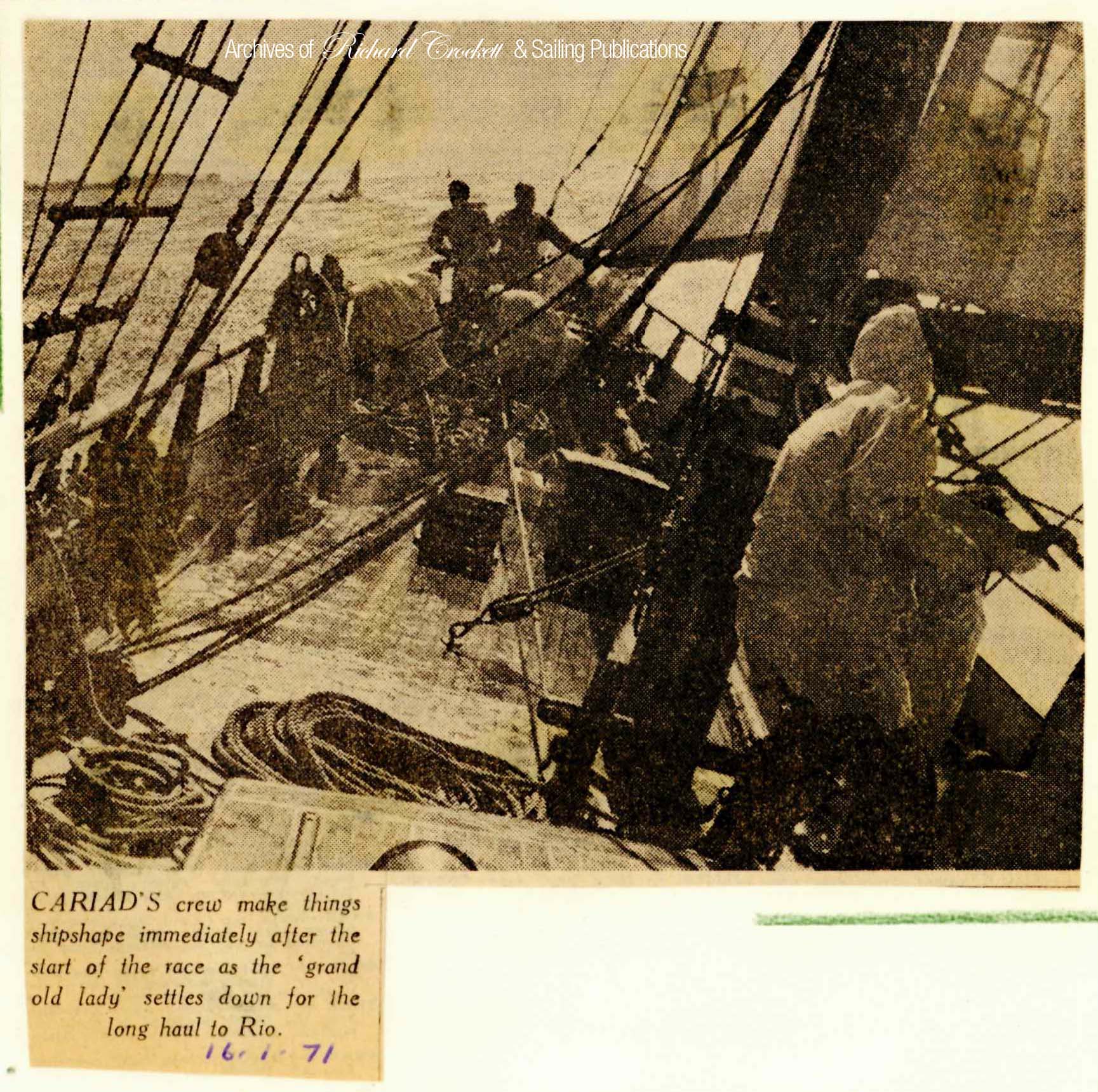