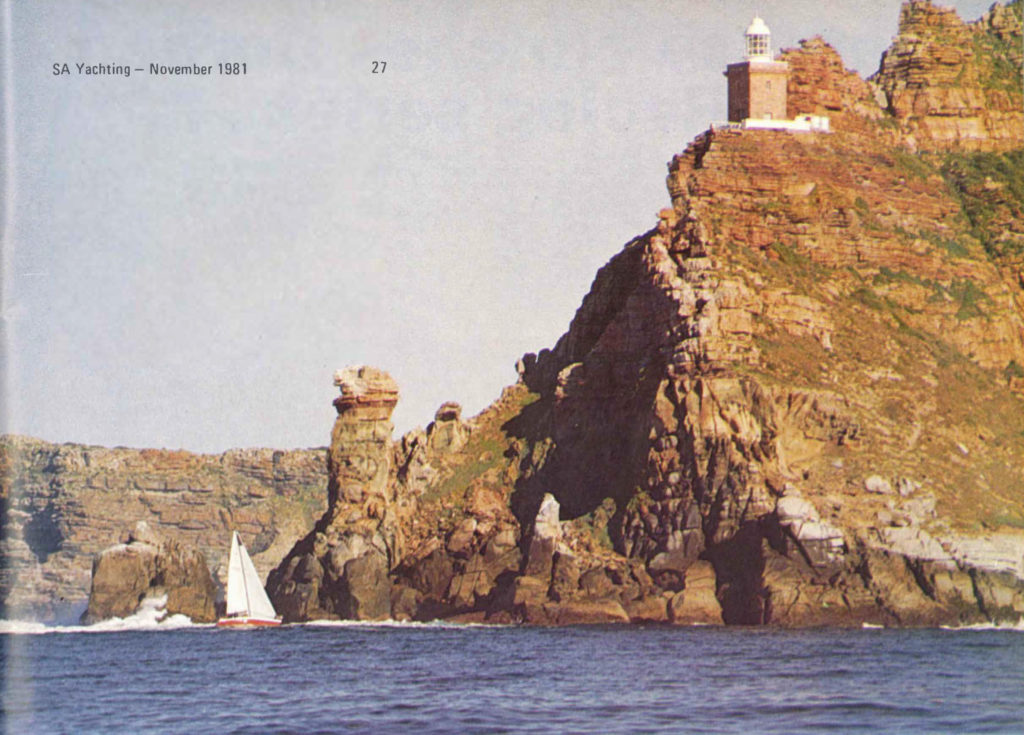 I have heard whispered that the Double Cape Race is back again this weekend. Whispered I suppose as those competing would like to keep this fact from Aeolus – and the winds in their favour.

Now this is a tough race which was founded in 1981, and is unique in that it takes in four clubs, as well as competitors having to “double” Cape Point twice, and has starting lines at all four clubs.

I dug out some blurb form my archives, and this is what it revealed. It was organised by boat owners from Royal Cape Yacht Club, Hout Bay Yacht Club , SA Defence Force Sailing Association and Gordon’s Bay Yacht & Aquatic Club. The race will be run over rhumb-line distance of about 130 miles. There will be four start/finish lines and each boat will be required to race a circular course to finish at the point at which she started. All four fleets will be rounding the same four marks at sea, each one of which will be in the “territorial waters” of one of the clubs involved. This extremely novel form of inter-club toenadering has the making of a unique weekend event.

46 boats started, with the reporter for SA Yachting mag saying this: “The race was quite novel in that it was a little like playing Russian roulette with the competitor’s position dependent on the temperament of the wind. At the start this weather anomaly was obvious for the Royal Cape fleet crossed the line in a light SE which tailed off to a drifter. Meanwhile boats starting in False Bay found a breeze and were passing the Royal Cape boats sailing in the opposite direction off Hout Bay several hours later. The entire race defied predictability and made for an excellent fun event.”

There’s lots more to read in the two reports, so enjoy them as this was another classically tough coastal ocean race.