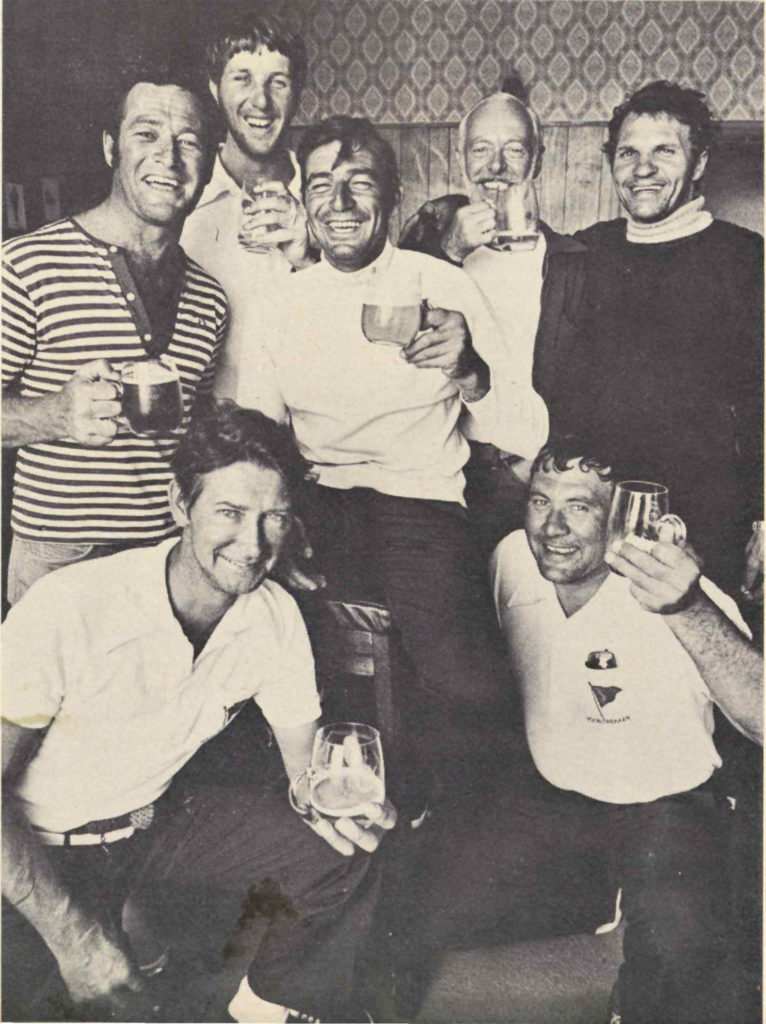 S.A . NAVY’S STORM -COCKS: Voortrekker’s tired but jubilant, crew after they had fought their way to victory round our storm-beset southern coast, to get into Simonstown half a day ahead of the next boat. Behind their dedicated skipper CPO Bertie Reed, who is sitting in the centre, are, from the left. Les Fella, John Martin, Charles Needham and Alec Wrensch. Kneeling in front are Frank Loubser and Fanie Kruger.

Although the first Agulhas Race report yesterday did not attract as much attention as I had envisaged it might, it did catch the eye of Frans Loots who requested that the 1974 race be published again.

That was a tough race with gale force winds, massive seas and plenty of fine seamanship on display as boats took refuge from the appalling conditions, before carrying on once the wind and seas had moderated.

One boat, with CPO Bertie Reed as skipper, took it all on the chin and won all the honours by finishing half a day ahead of her nearest rivals. This was a tough race crewed by tough individuals, and is well worth reading…. . 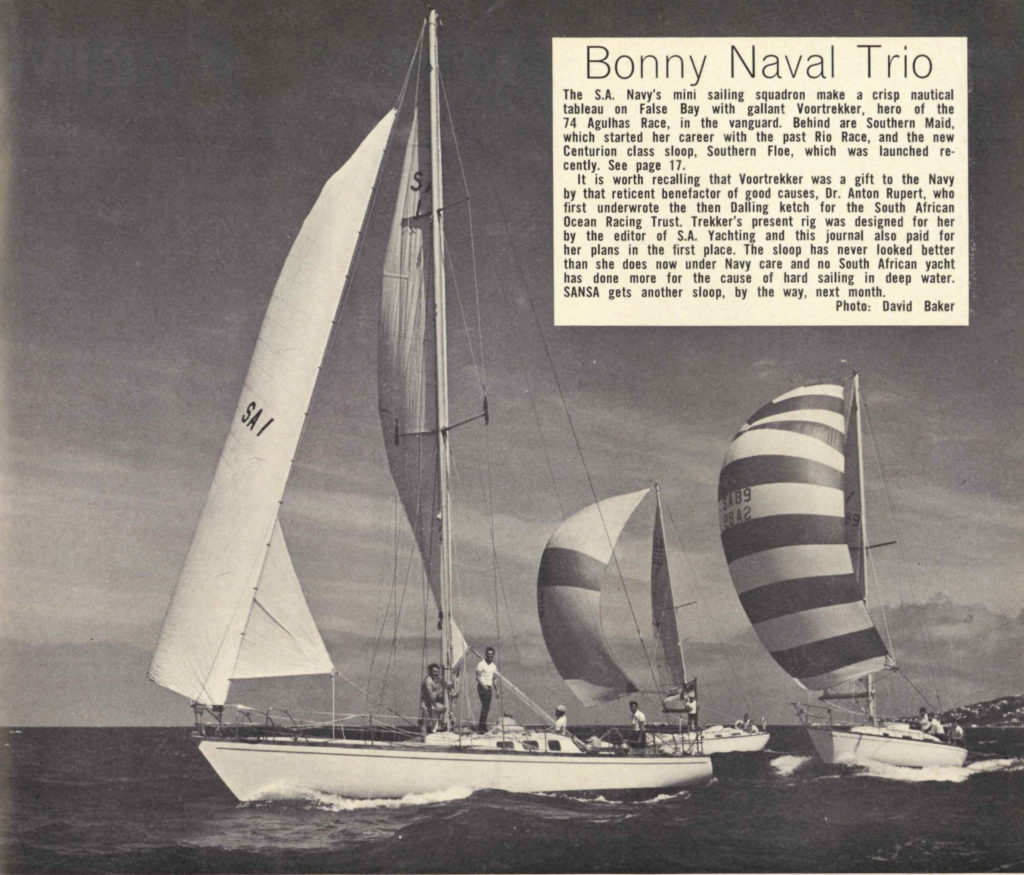