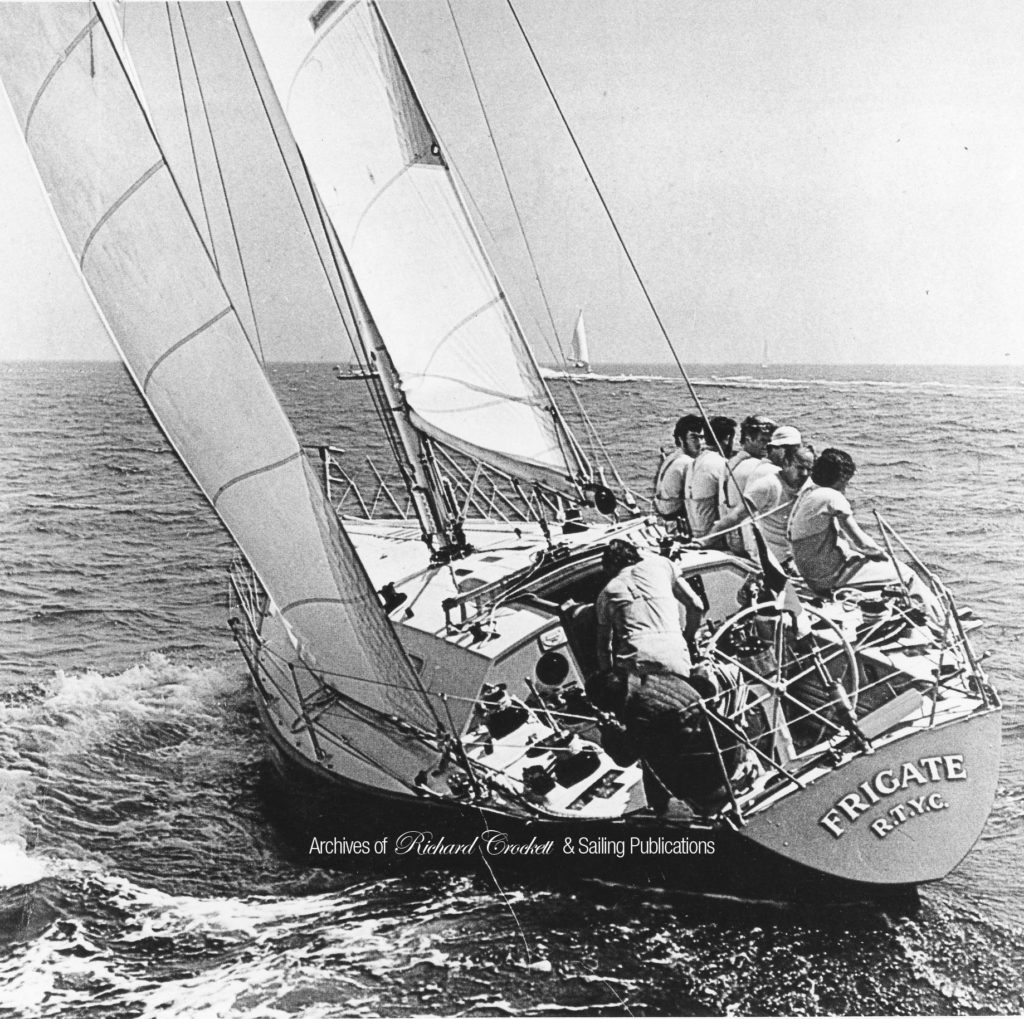 Here is the splendid sloop Frigate, designed by Dick Carter and formerly raced by Robin Aisher, which is the third ship in South Africa’s Admiral’s Cup team this year. She was made available through the sponsorship of Ian Haggie and his associates, and her acquisition has transformed the outlook for the Springbok team. Bobby Bongers will be her skipper.

A Frigate popped out of my archives recently! Well not really, but a file of pics of a yacht called ‘Frigate’. They rang a bell as I was pretty sure that this was one of the boats in the 1975 South African Admiral’s Cup team. Indeed it is too.

History relates that she was a Dick Carter design and made available to the team through the generous sponsorship of Ian Haggie of Haggie Rand fame. Her skipper was Bobby Bongers. The other two boats in the team were ‘Omuramba’ and ‘Golden Fleece’.

Frigate was the top placed South African boat in that Admirals’s Cup series.

The next Blog will feature ‘Golden Fleece’, followed by ‘Omuramb’a. 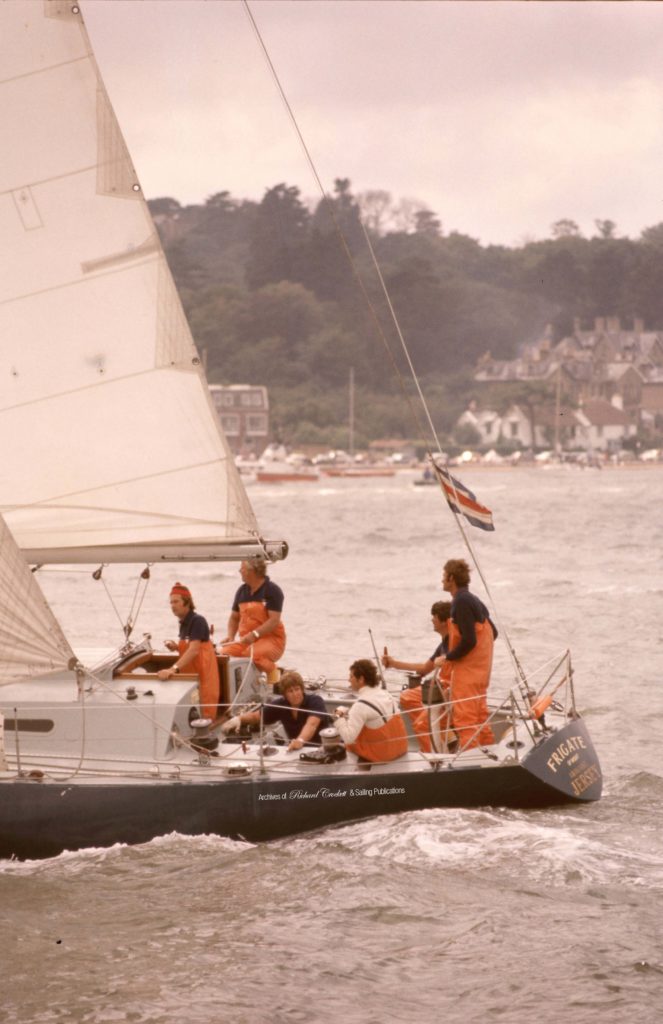 Admiral’s Cup skipper, Bobby Bongers warily watches the opposition from the wheel of Frigate, for the start of the final Fastnet Rock Race. Dave Abromowitz, white jersey, is all set at the big sheet-winch. Frigate eventually notched a splendid eighth in this triple-scoring race. 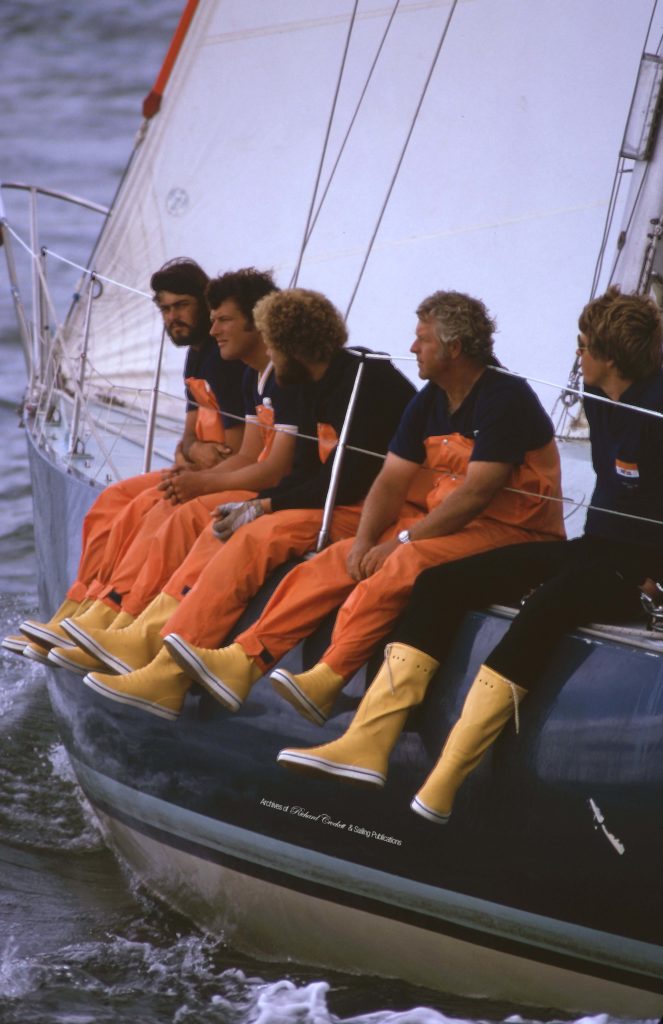 The crew of Frigate “weathering the rail”. 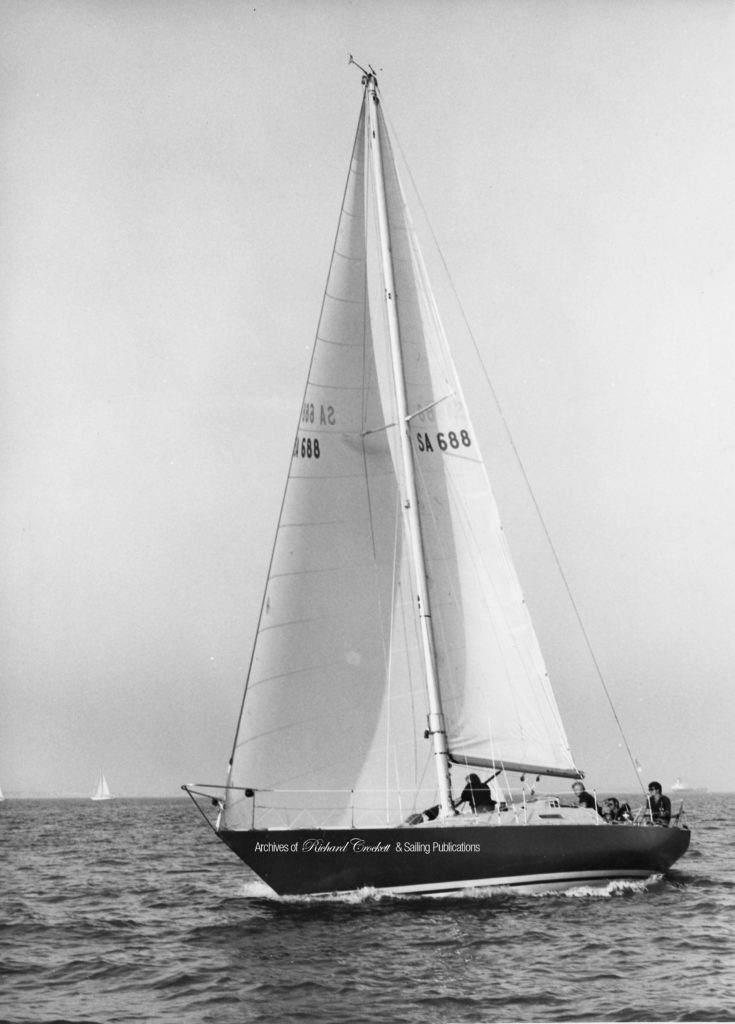 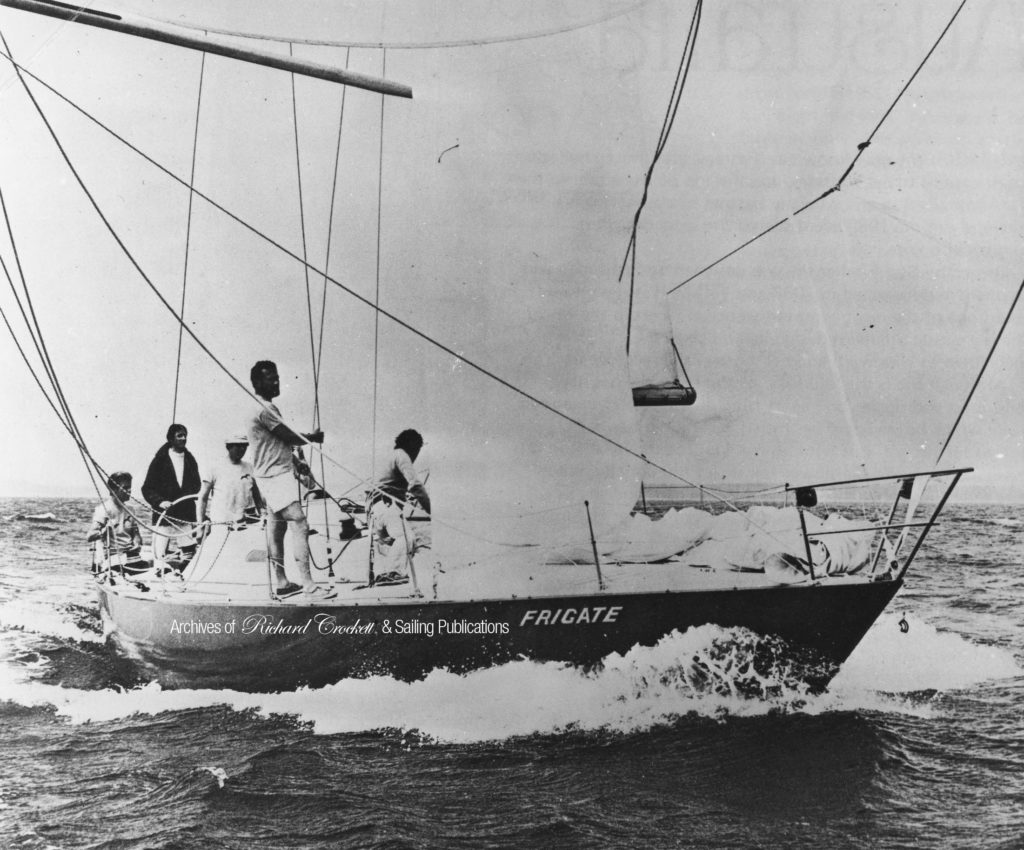 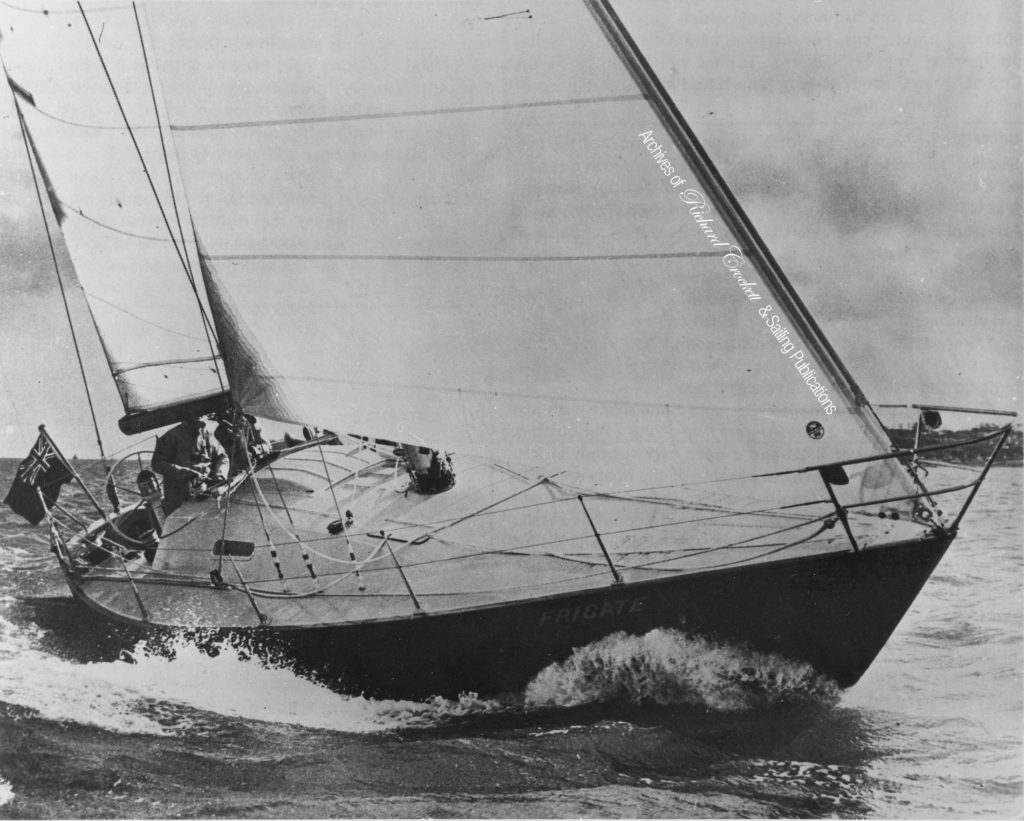