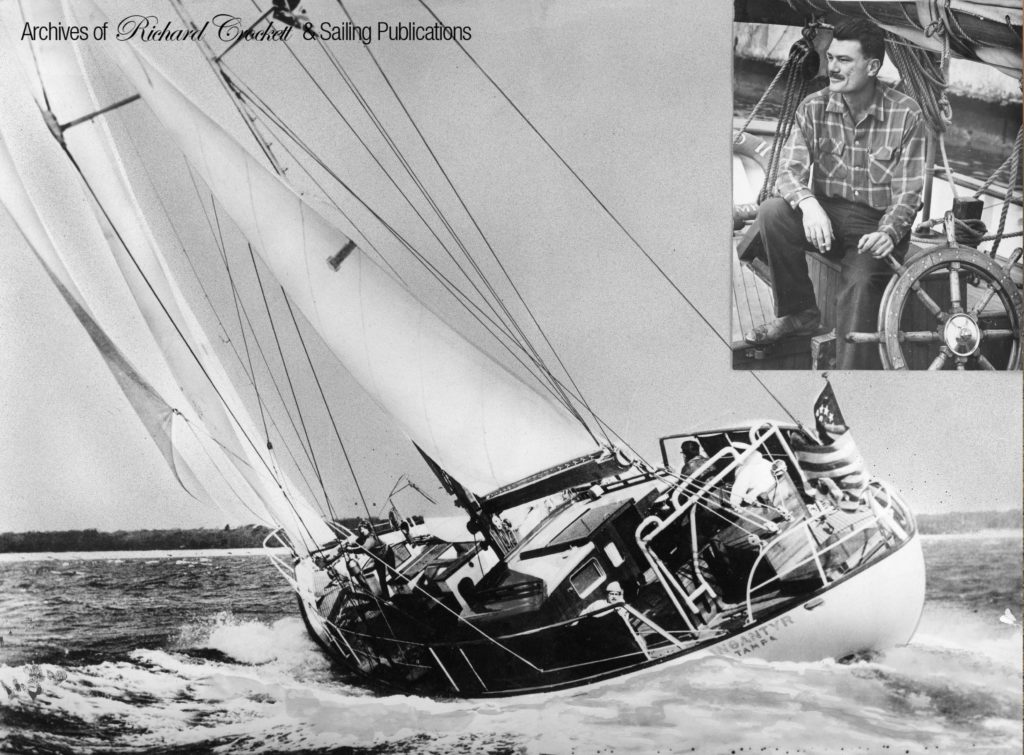 Angantyr with her skipper Jim Crawford.

The Cape to Rio race has always fascinated me, even as a schoolboy dreaming about the day I received the opportunity to do that South Atlantic crossing. Sadly I have not yet done that passage, although I do count myself lucky to have done the Cape to Uruguay Race in 1979.

Lucky? Yes lucky as that was a 4500 nautical mile compared to the 3500nm of the Rio Race! Plus we were Pioneers being the first race from Cape Town to Punte del Este.

I digressed, so back to the 1971 Cape to Rio Race when the opening paragraph of a Durban newspaper cutting said this:

“Eight weekends to go. Eight short weekends in which to make final preparations for the stormy passage to the Cape, and then the 3 500-mile crossing of the South Atlantic.”

Remind any yachtie of the short time to finish preparations and you are likely to be short-changed or worse still by being threatened with a fate worse than death! Preparing a yacht for a lengthy ocean crossing is time-consuming and always takes longer than expected, resulting in short fuses and ill temper!

But that article showed that skippers and crew had their heads down and were tackling the tasks at hand with some vigour.

I also liked the short piece entitled “Old sea-dog lends his chronometer” – which is a sidebar to this editorial. 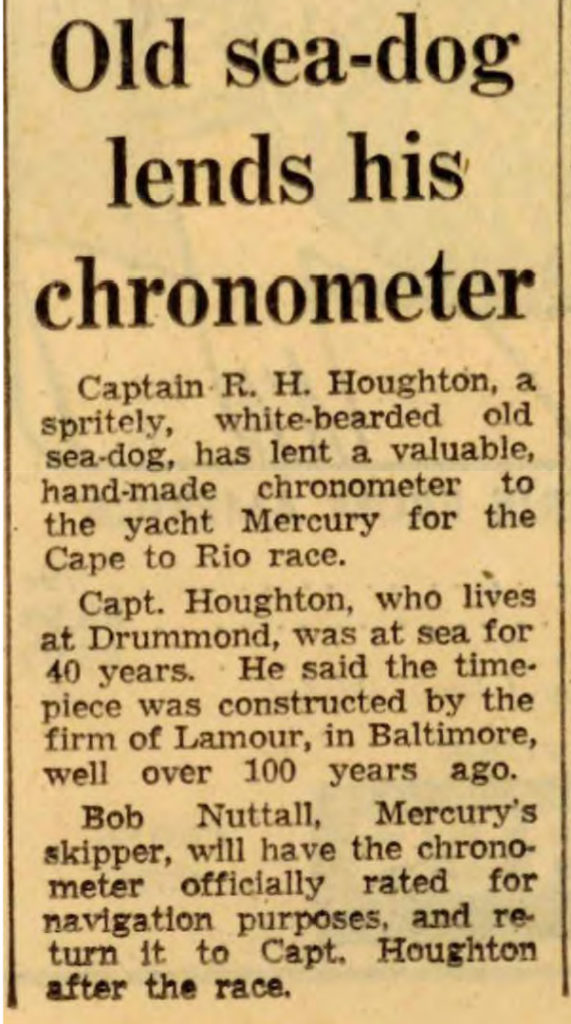 Following on from that was another newspaper cutting from the same day (27 October 1970) – the organisers announced that a crack American cutter was being sailed singlehanded to Cape Town for the race. At 62-foot she was going to be one of the biggest yachts in the race.

And the bonus is that I have an original pic of her in my archives – so enjoy this too.