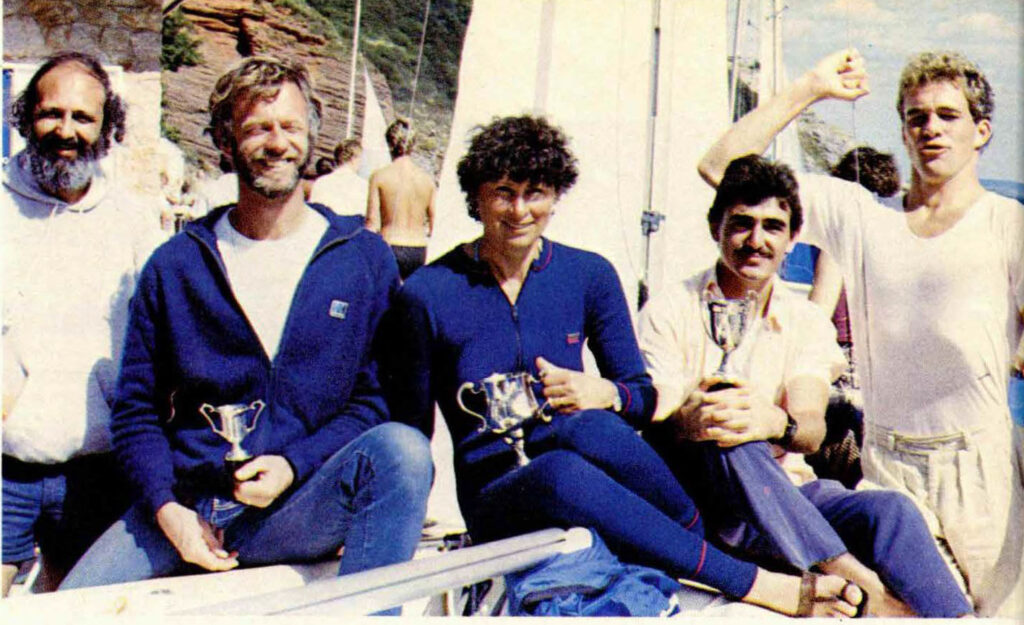 Yesterday, amongst the many different reports, was one entitled “Sprog National Winners Selected for ‘International”. That international being the British International Championships at Babbacombe Corinthian Sailing Club.

Today the detailed report on that event is shared.

Dick Rickard, a former South African who was living in the UK, also competed as did Mike Vulliamy who, although not a Sprog sailor at the time, organised himself a boat to be able to compete.