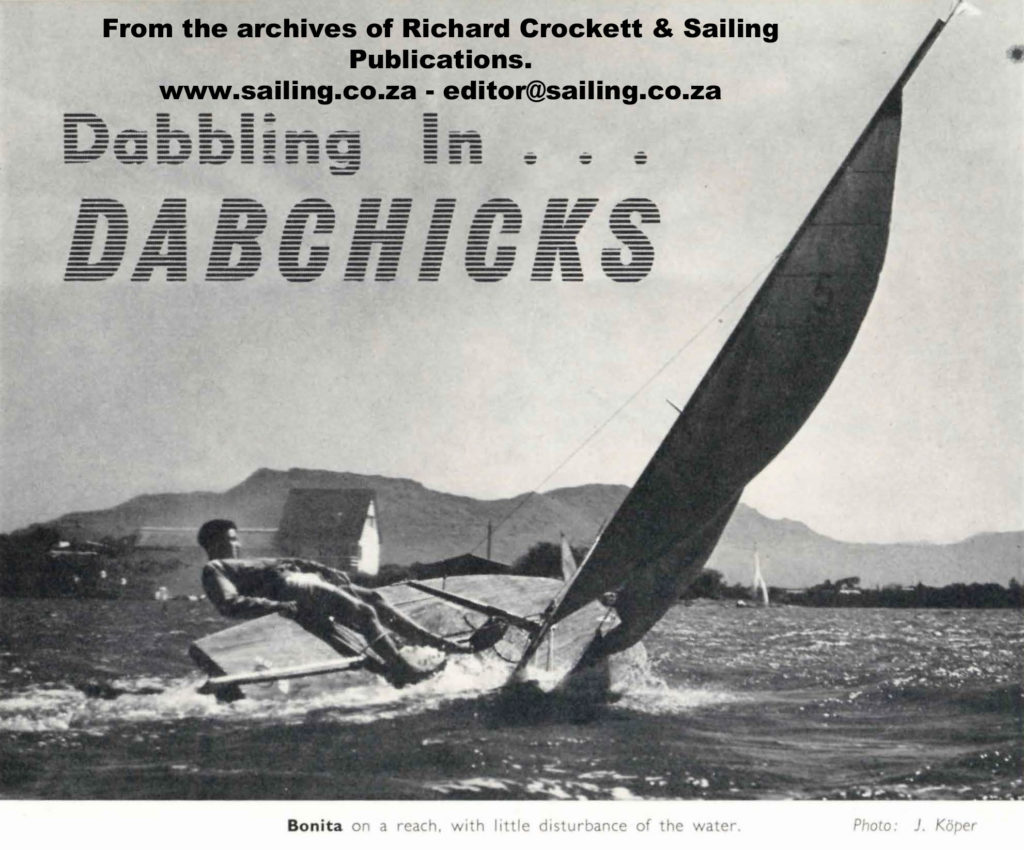 I have sung the praises of this little yacht for decades now, so I won’t bore readers yet again with my thoughts as they are well documented.

Several days ago a post on a Dabchick Facebook page caught my eye as it announced that this year is the 65th anniversary of the Dabchick. This in itself is a noteworthy event for me to dig into my archives as this great boat was designed in 1956 by Jack Koper.

The first reference I have of it in my archives is the following from the very first edition of SA Yachting magazine in 1957: “A noteworthy event, especially for the junior members of the Zeekoevlei Yacht Club was the launching of four new Dabchicks, bringing the total fleet of this class to seven. This yacht was designed by Mr. Jack Koper, who felt the need for an inexpensive yacht for juniors of school-leaving age.”

I suppose that the rest is history, and a very rich history at that as the Dabchick went from strength to strength, and even today, 65 years later, former Dabchick sailors are still proud to stand tall and share their experiences and views of the boat.

The proof of the pudding is always in the eating, so it comes as no surprise that many of our top sailors spent time on a Dabchick.

The best part of the above feature for me were these words: “One Sunday afternoon when a 45-mile wind was blowing, a Dabchick with two youngsters and full sail performed so well that from the start to the next mark, a beam reach, she rounded with the Flying Dutchmen, having passed Finns and Sprogs in one flying plane – one mile in under four minutes.

“I watched the beaming smile on their faces as we screamed a head of them.”

I will follow up with additional Dabbie history in the coming days, and will dig deep into the archives to find as many historical Dabchick pics as possible, and publish them. However readers are welcome to send their pics and recollections, comments and thoughts of the class to me. Send to: editor@sailing.co.za

This pic below was dug out of the archives after the above had been published, and is relevant to the introduction. What a great find, but can anyone identify who the 6 boys are? 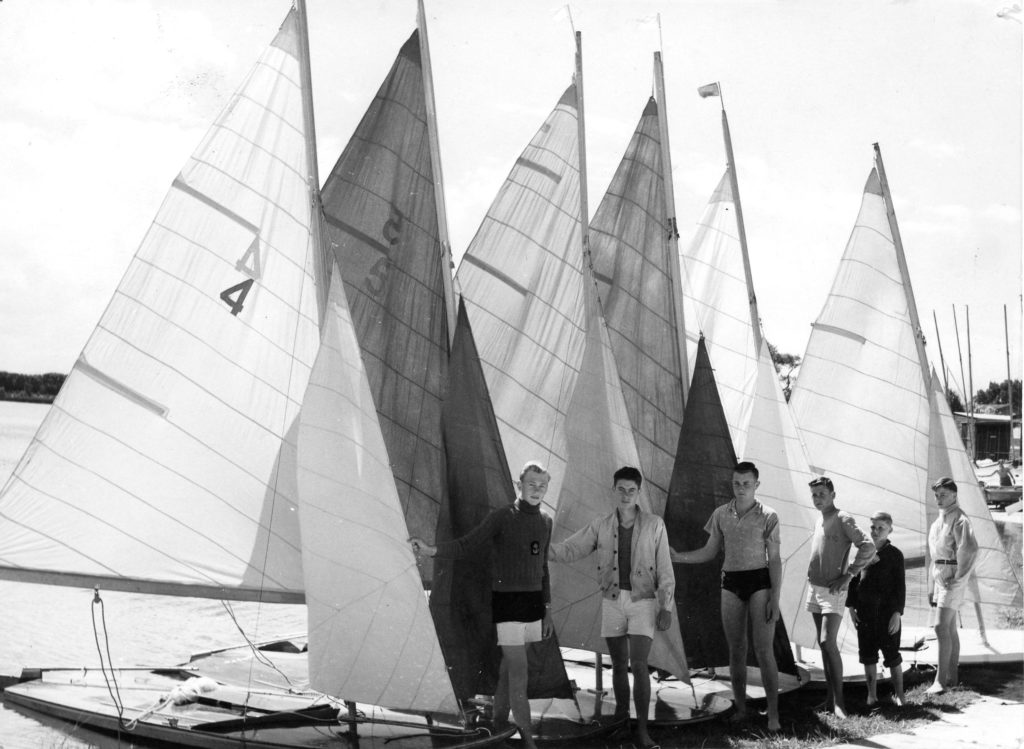 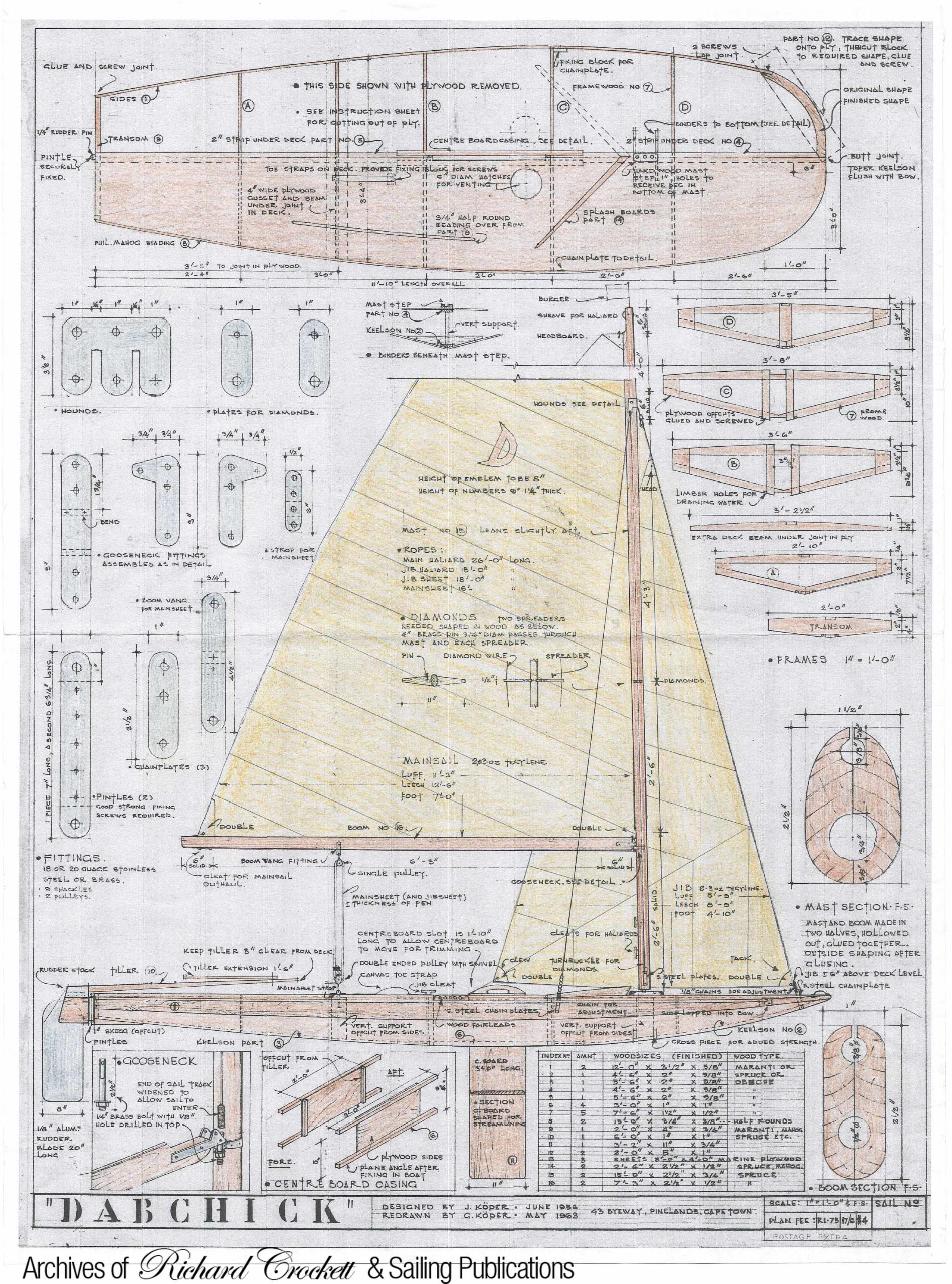 These Dabchick plans were hand-coloured by Chris Clark.