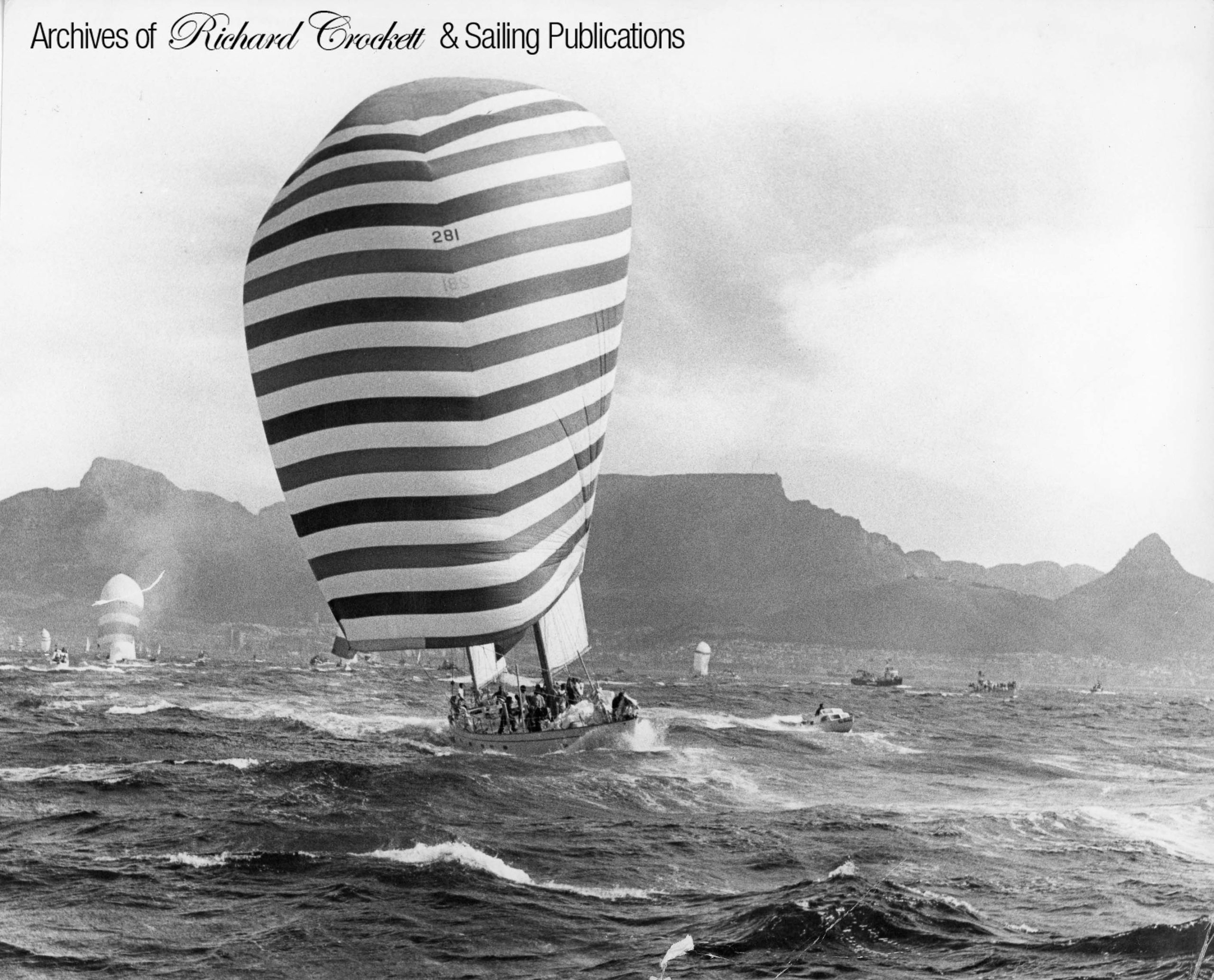 What a great spinnaker pic – and what a great pic of ‘Ondine’ blasting out of Cape Town on 13 January 1973 at the start of the Cape to Rio Race.
pic by Juhan Kuus

Who would have guessed that the first spinnaker used in a yacht race was way back in 1865? Which is why the June 1965 issue of SA Yachting ran this article entitled “Century of the Spinnaker”.

This is how the above story of the spinnaker began: “It is June, 1865. Two yachts are match racing under the burgee of the Royal London Yacht Club, and they have just rounded the weather mark. To the consternation of the other boat, Mr. William Gordon’s ‘Niobe’ hoists a high jib-headed sail which reaches from her topmast head right to the deck: she booms it out and draws rapidly away.

“The spinnaker has been born”.

This is a fascinating read, full of interesting anecdotes and explanations as to how the word “spinnaker’ came about.

So whether a foredeck hand who man-handled the spinnaker pole and ensured it hoisted cleanly, to the spinnaker sheet trimmer, there should be lots of interest here. Enjoy.