“Talking Sailing” From My Archives. Bad News Hogs the Headlines 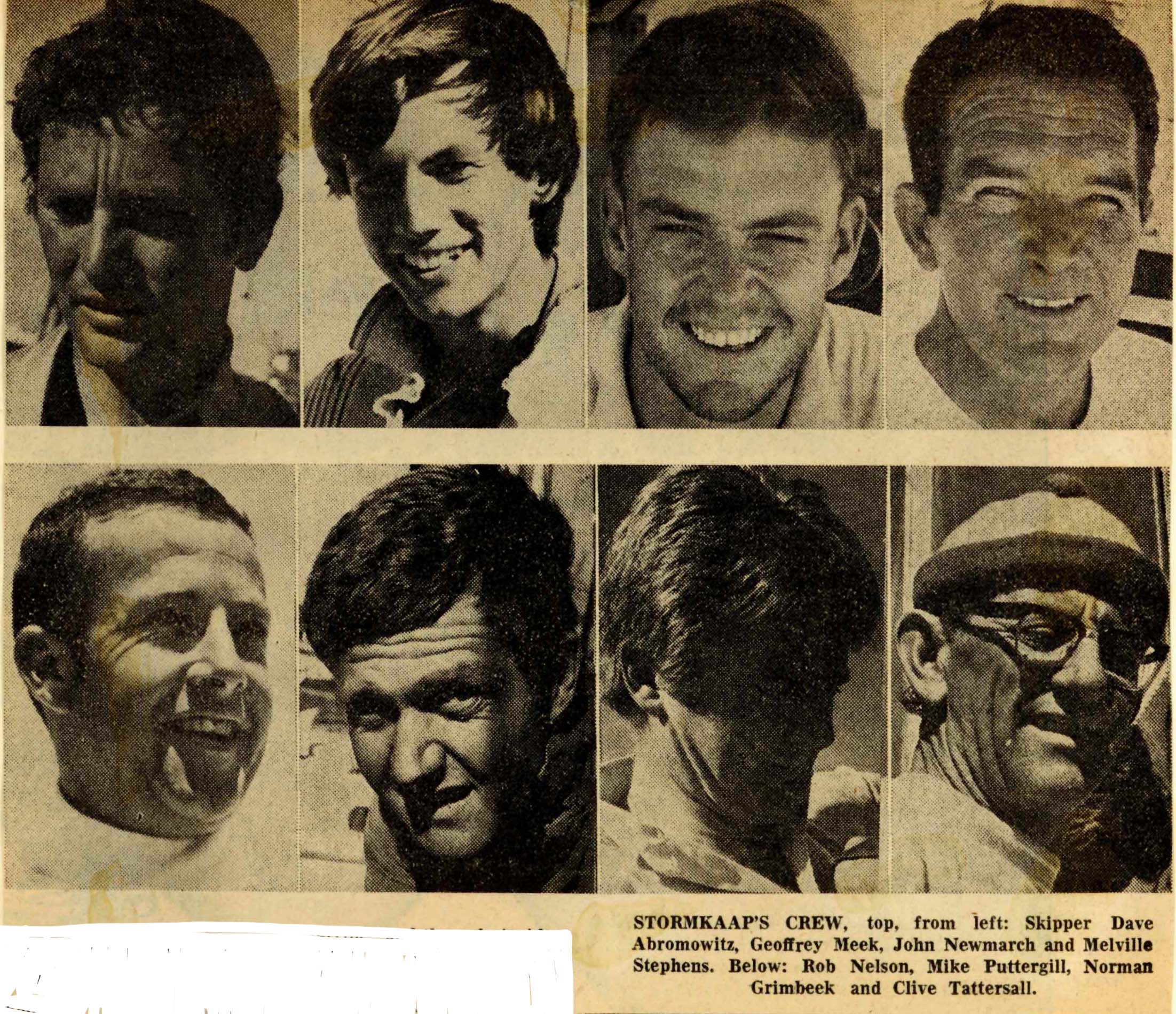 It’s sad how bad news make newspaper headlines, but it’s the news that people appear to want to read. So this “hot” news dominated the headlines with the newsmen forgetting about the race itself and bringing news as to how the race itself was unfolding.

Today, 50 years ago, ‘Stormkaap’, skippered by David Abromowitz, had a new round of rudder problems, while ‘Jakaranda’, fresh from her repairs back in Cape Town, reported damage to her skeg. 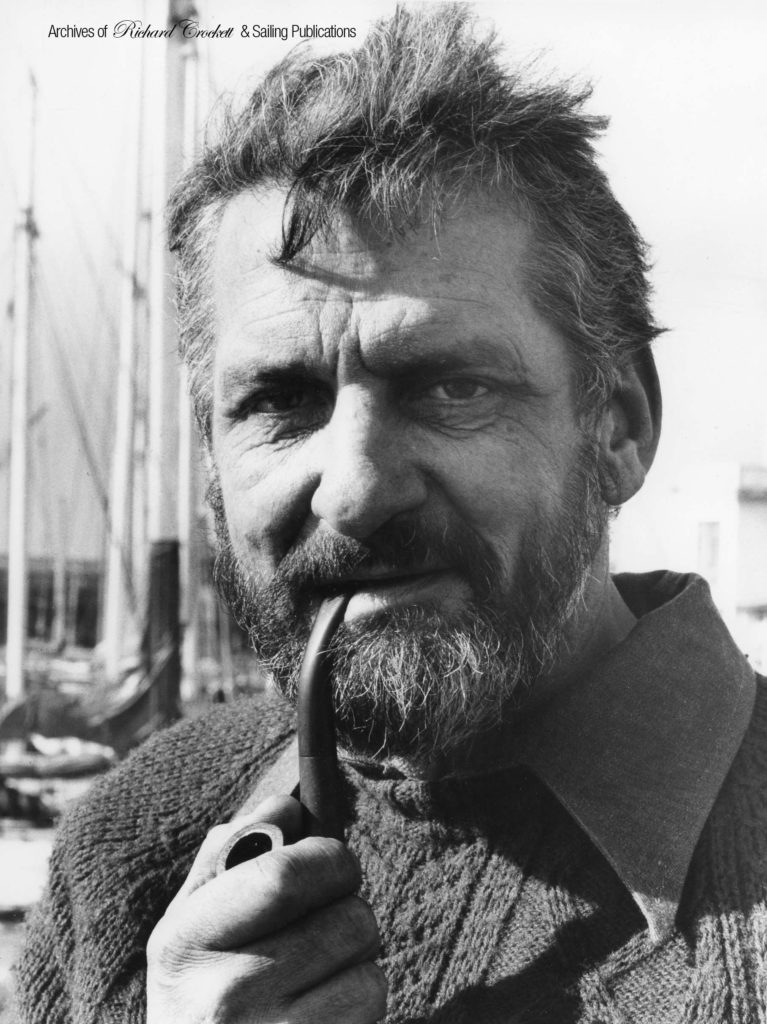 The Guardship, ‘SAS Tafelberg’, was at full speed ahead to assist Abromowitz and his rudder-damaged ‘Stormkaap’. Meanwhile Alan Gregory, skipper of ‘Elegance’ had sportingly volunteered to escort ‘Stormkaap’ to St Helena, thereby sacrificing any chance he and his crew had of a prize in the race.

Crew member aboard ‘Diana K’, John Vigor, reported that they had a close call with ‘Ma’m’selle’ which appeared out of the night with no navigation lights.

“Watch the Boats to the North”. The north-west course taken by the entire Rio fleet is a whole hearted vote of no confidence in the shorter, more southerly line with its history of unhelpful wind conditions at this time of the year.
READ MORE HERE:  1971 01 25 – Rio 1971 – Dave Elcock Collection -000531 – OCR

“Wayfarer in Gallant Bid to Catch Up”. The remarkable progress of the Durban ketch ‘Wayfarer’, who started 24 hours after the other competitors in the Cape-to-Rio yacht race, is reflected in the latest official positions released last night.
READ MORE HERE:  1971 01 25 – Rio 1971 – Dave Elcock Collection -000354 – OCR

“Tafelberg Dashes to Stormkaap”. Guardship ‘Tafelberg’ was yesterday heading at full speed to the aid of the sloop ‘Stormkaap’, which during Saturday night radioed that she was having a recurrence of rudder trouble that earlier in the Cape-to-Rio race forced her to put into Port Nolloth to attempt repairs.
READ MORE HERE:  1971 01 25 – Rio 1971 – Dave Elcock Collection -000333 – combined – OCR_Redacted 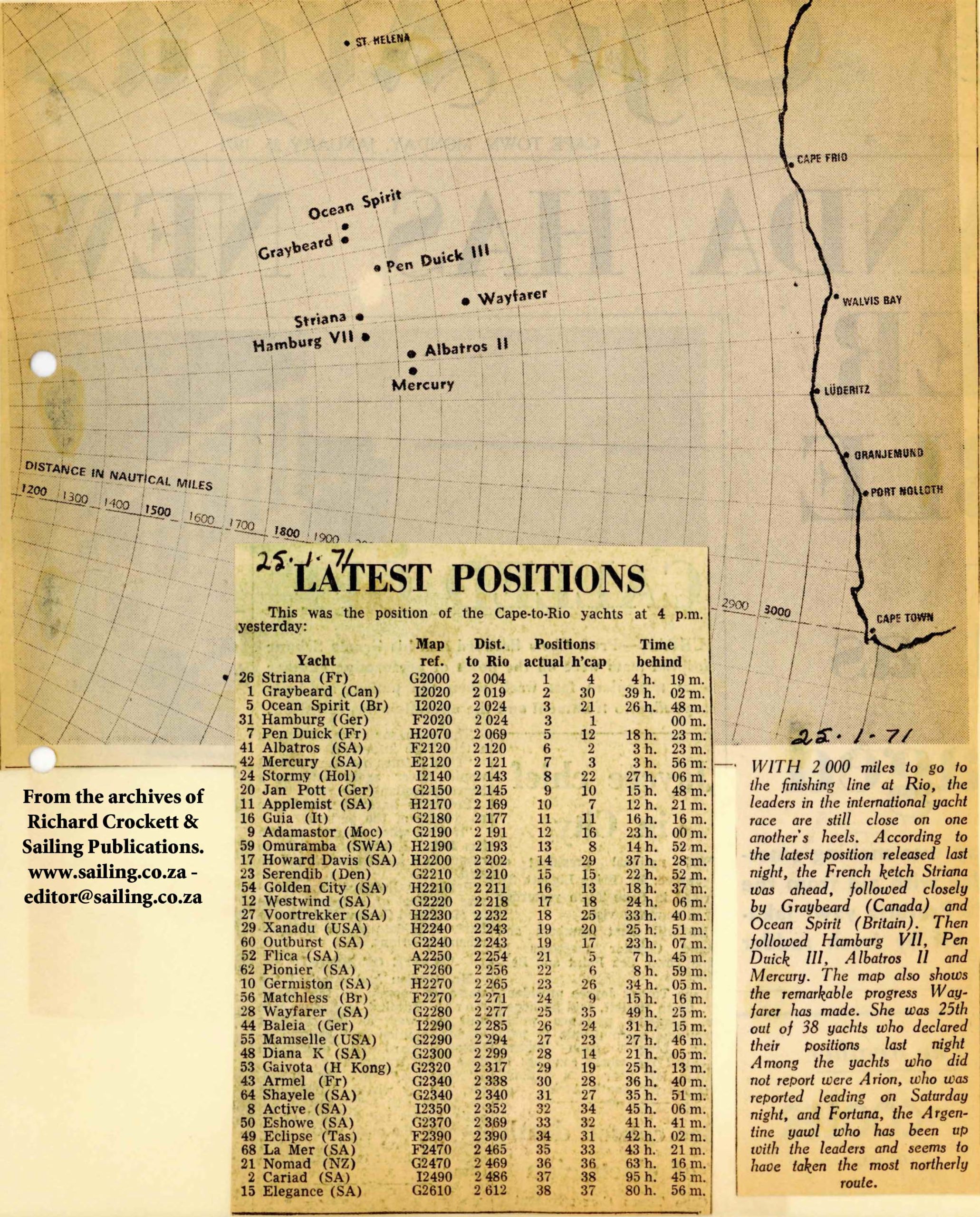