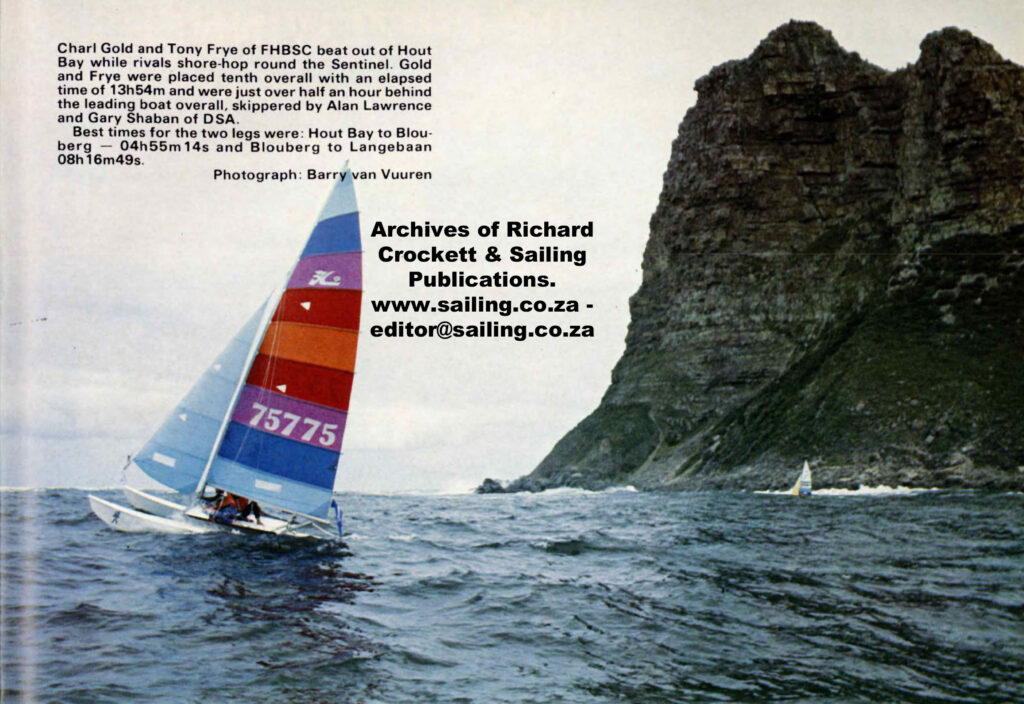 This headline leaves one completely in the dark as to the subject of the feature, but that’s how it appeared in the magazine in February 1985.

It is in fact a Hobie long-haul over two days from Hout Bay to Blouberg and then the following day from Blouberg to Langebaan.

There were 23 starters and the event, according to the report, proved to be a tremendous success and, unlike most other yachting events, was exciting for the spectators too.

It was won Alan Lawrence and crew Gary Shaban.