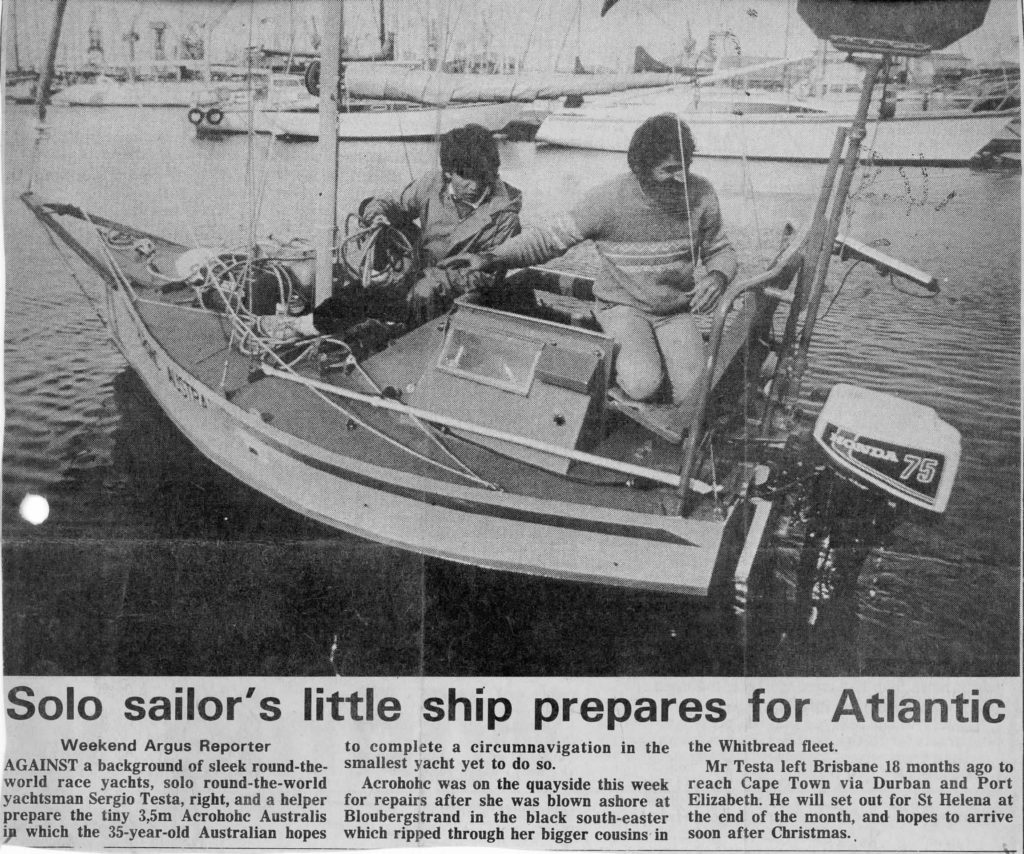 It was this newspaper cutting dated 26 October 1986 that inspired this short piece on Acrohc Australis as I remember the boat quite clearly when she stopped in Durban!. Plus I enjoyed read the book.

Acrohc Australis is the name of the smallest yacht to have circumnavigated the globe with her builder, owner and skipper Serge Testa. Acrohc means “thingamajig” in his mother’s native Italian dialect, and Australis for Serge’s adopted country, Australia.

The boat was a mere 3.61m in length overall (11-foot-10-inch), and was self-designed and built so that all controls could be operated from inside, thus enabling Testa to close the hatch in foul weather. 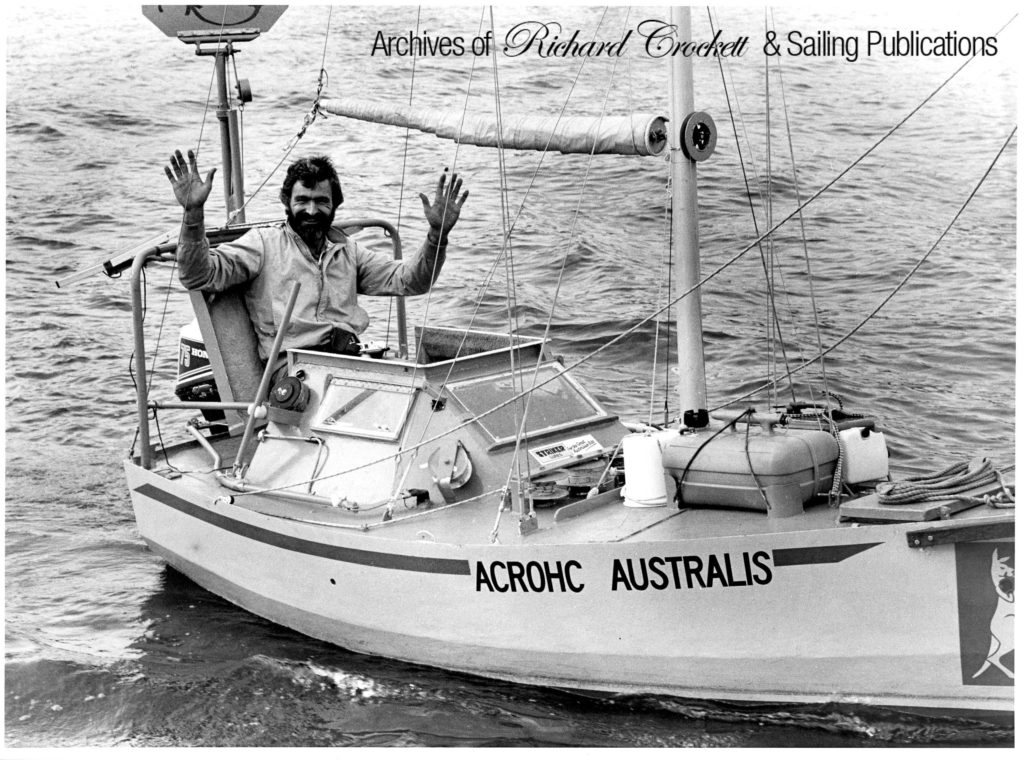 Serge Testa showing just how small his boat really was!

He completed his circumnavigation via the Panama Canal. 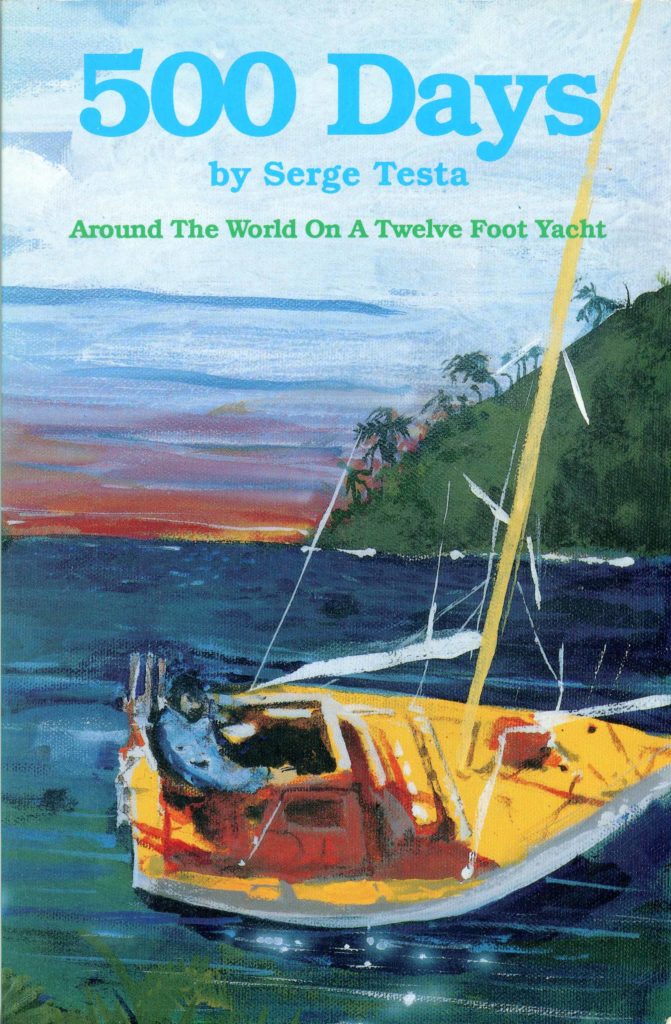 His book “500 Days” is a good read as it is simply interesting how someone who knew zero about sailing could design, build and circumnavigate a boat around the planet! He did, and not without mishap too as he ran aground several times, including on Blouberg Beach after falling asleep within sight of the Cape Town harbour entrance one stormy night.

There are many stories and situations he tells, some funny, some quite frightening, but this one, verbatim from his book tickled me: 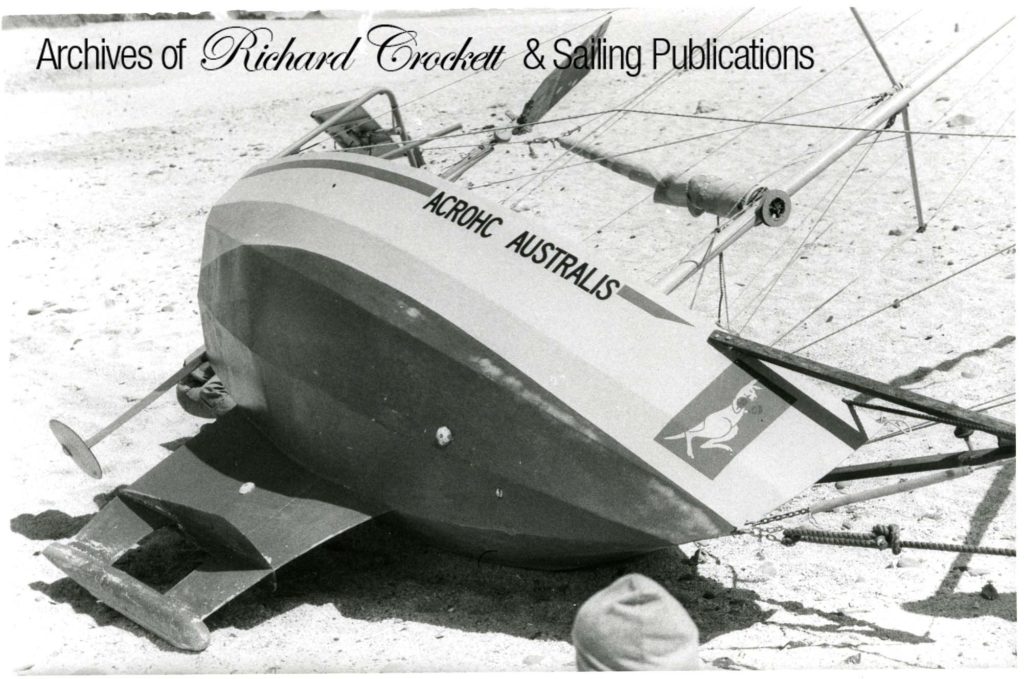 Next day, approaching Durban, I called up the Port Captain. He sent the police launch out to meet Acrohc outside the harbour when I was still half a mile north of the breaker wall. Listening in on the radio I could hear an argument going on between the captain of the launch and the Port Captain. The launch said, ‘I’m outside the breaker wall and I can’t see the yacht.’

‘It’s a 12 metre yacht flying an Australian flag and the sail has a yellow stripe’‘ came the reply.

Finally they came alongside and gave me a tow. The skipper said, ‘I don’t believe it!’ and repeated it all the way through the big harbour to the international jetty.

Testa and Acrohc Australis earned a place in the Guinness Book of Records, and today she is on display at the Queensland Maritime Museum. 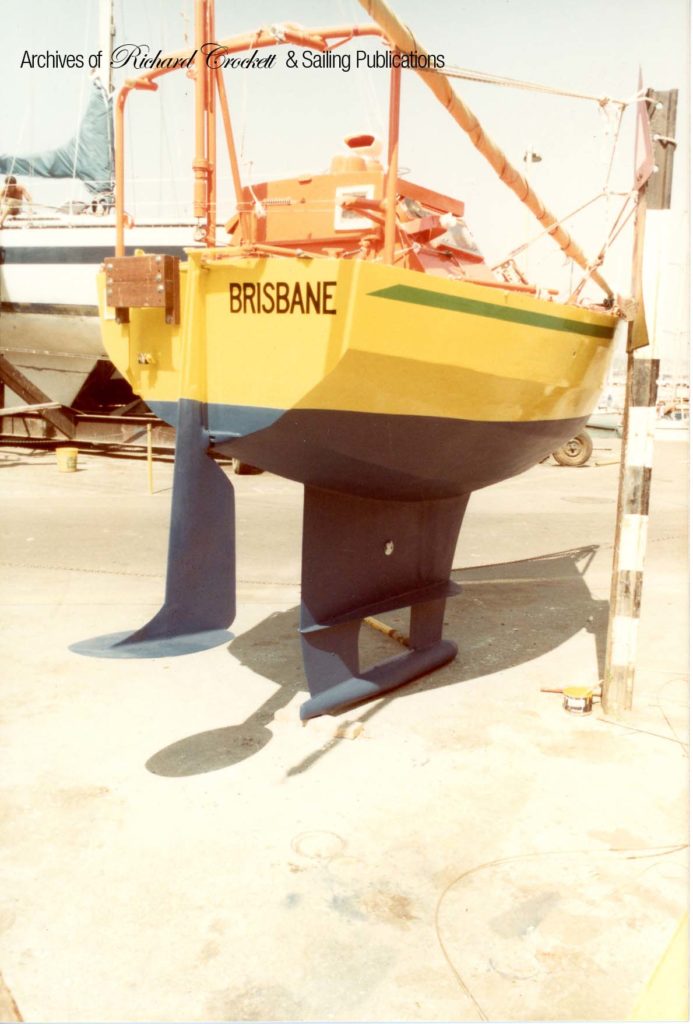