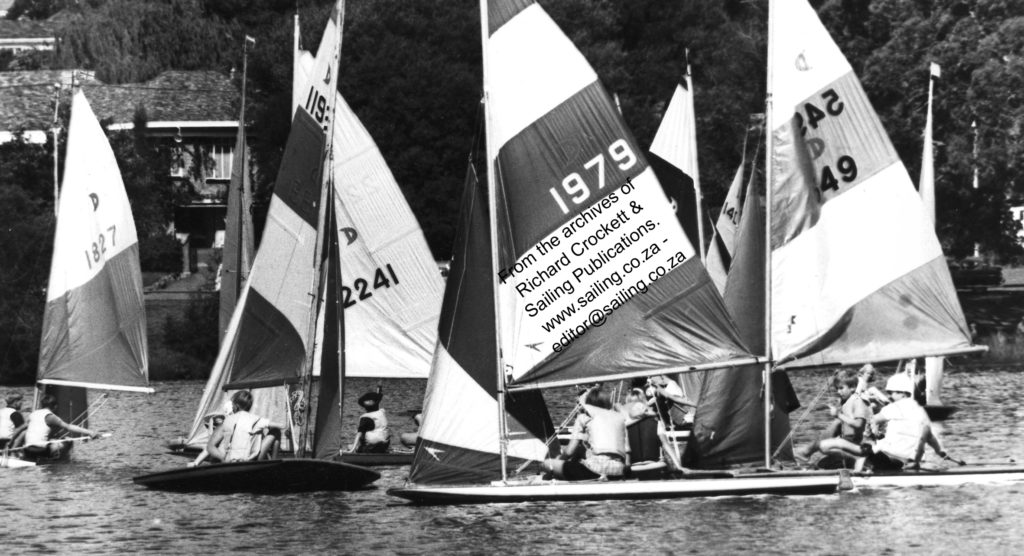 Start of the second round in the Dabchick Champs held at Emmarentia Dam.

Not enough time for any words today, so enjoy 20 more pics from the Dabchick archives. 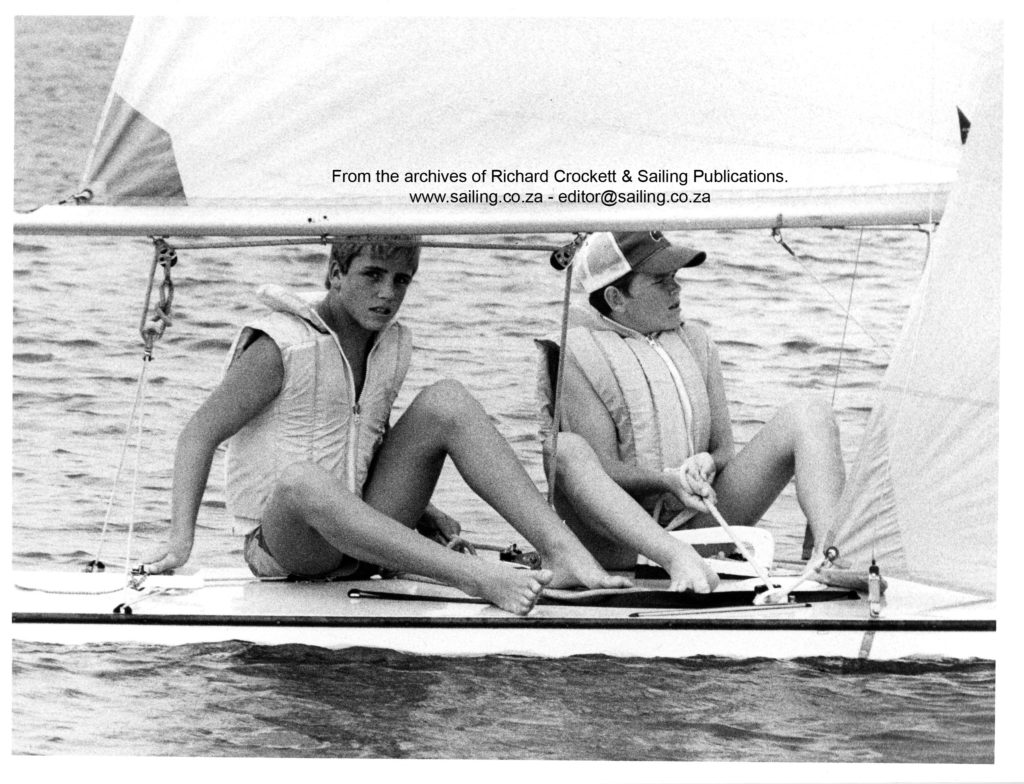 Part of the fleet of Dabchicks and Windsurfers at VLC. Bobby Lanham-Love (2884) is well to weather and was the overall Dabchick winner. He is closely followed by A Mackie (2895) who was lying second at the halfway mark. 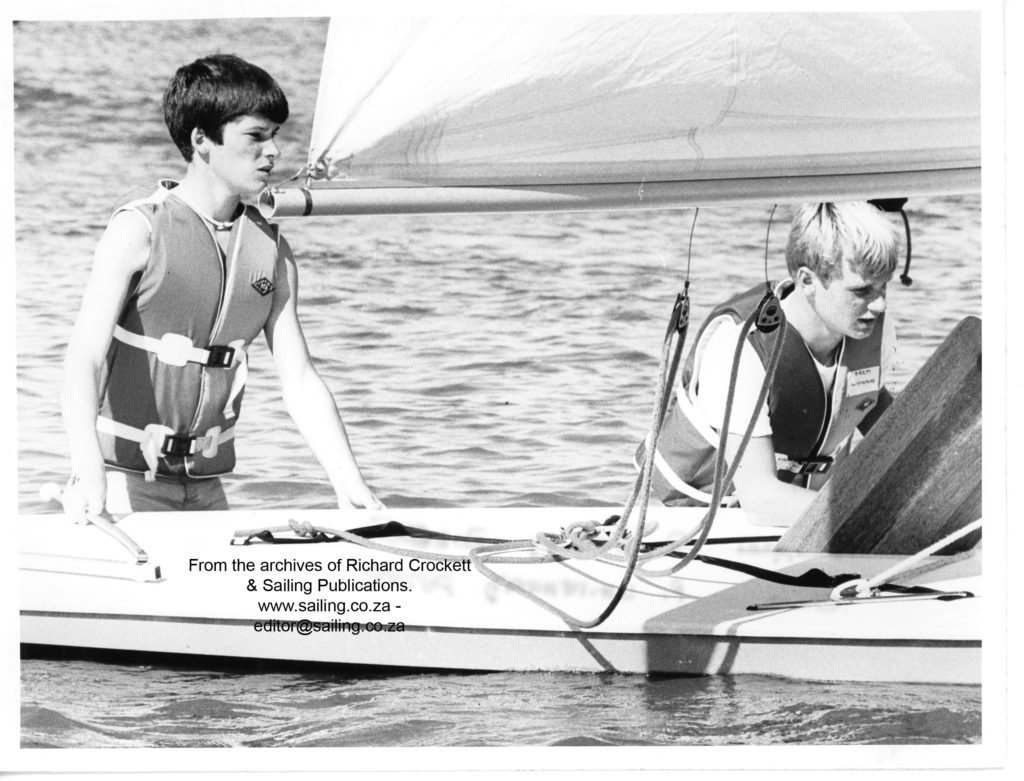 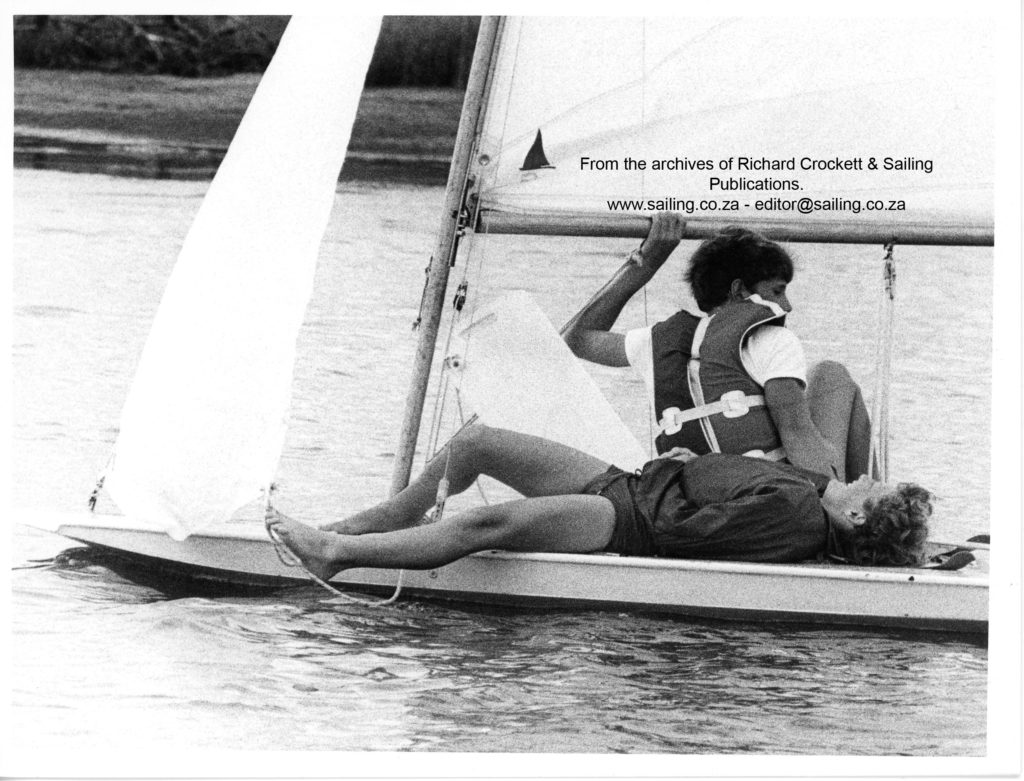 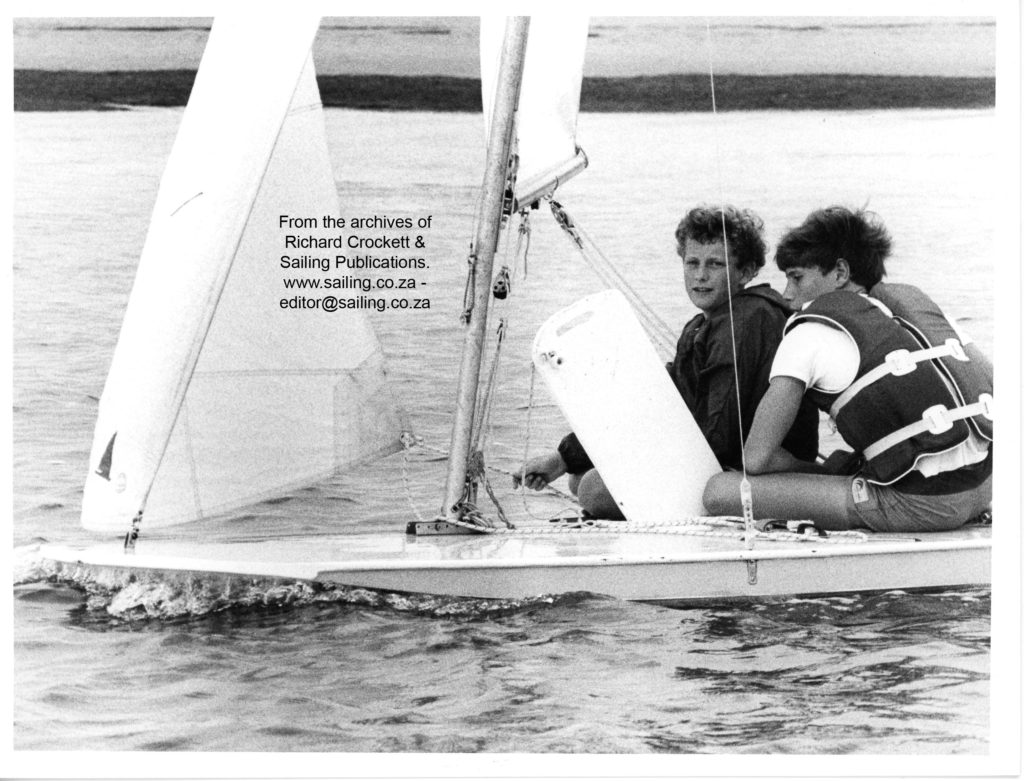 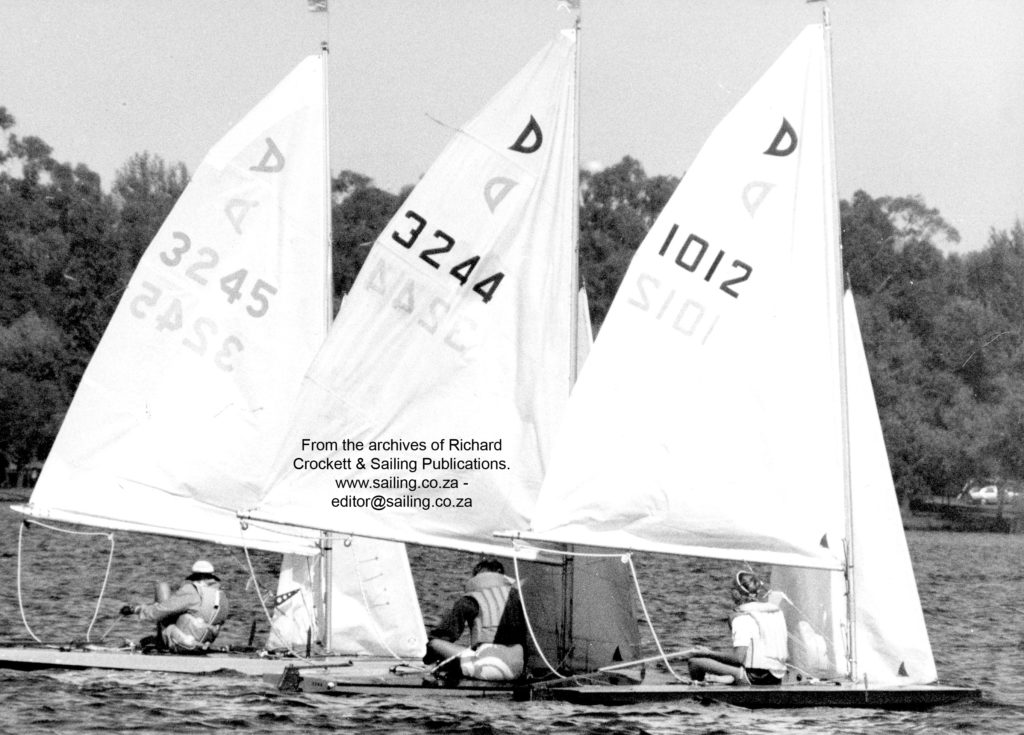 F Morely of VLC with Emmarentia’s S Young and Benoni’s M Prest during the Easter Regatta. 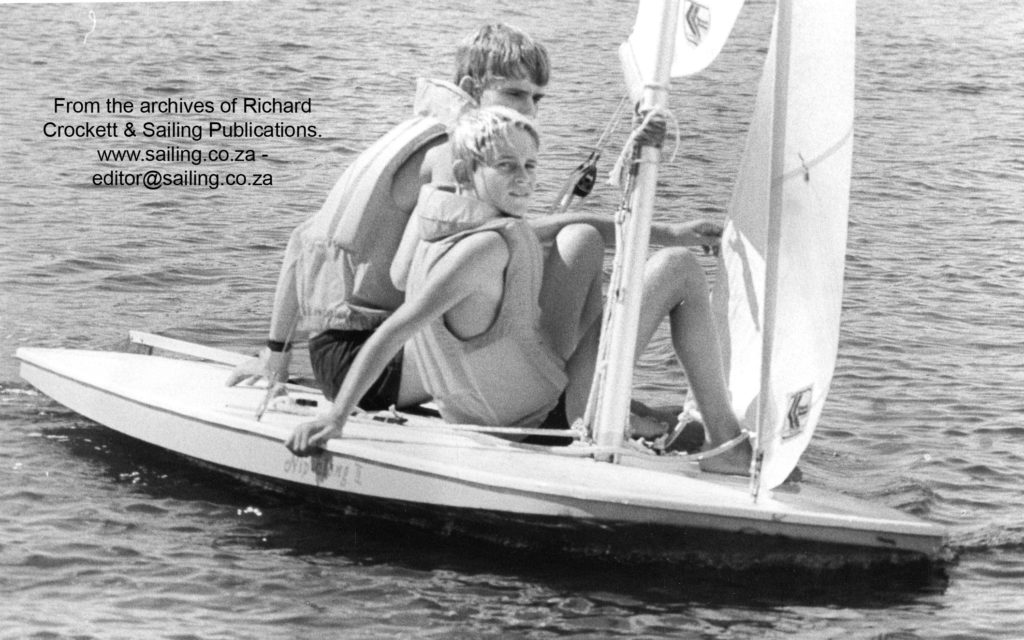 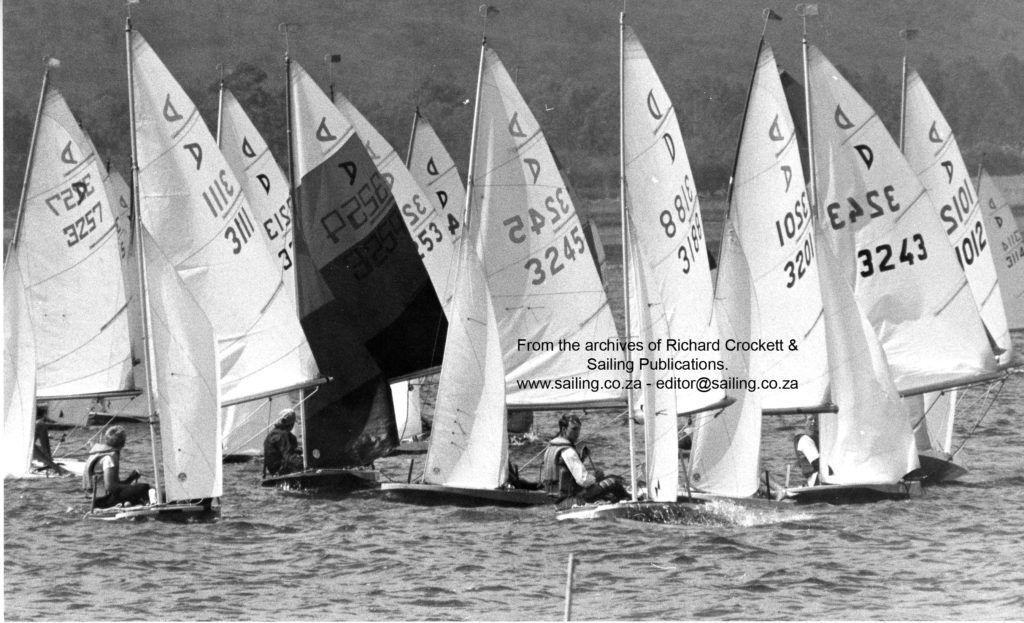 The Dabchicks at the start of the fourth round of their Transvaal junor championships at TYC. Gerko Brink, Tommie Kasselman, who was runner-up, Martin Prest, Richard Wiederhold, Jonathan Swain and Mark Page are in the foreground. 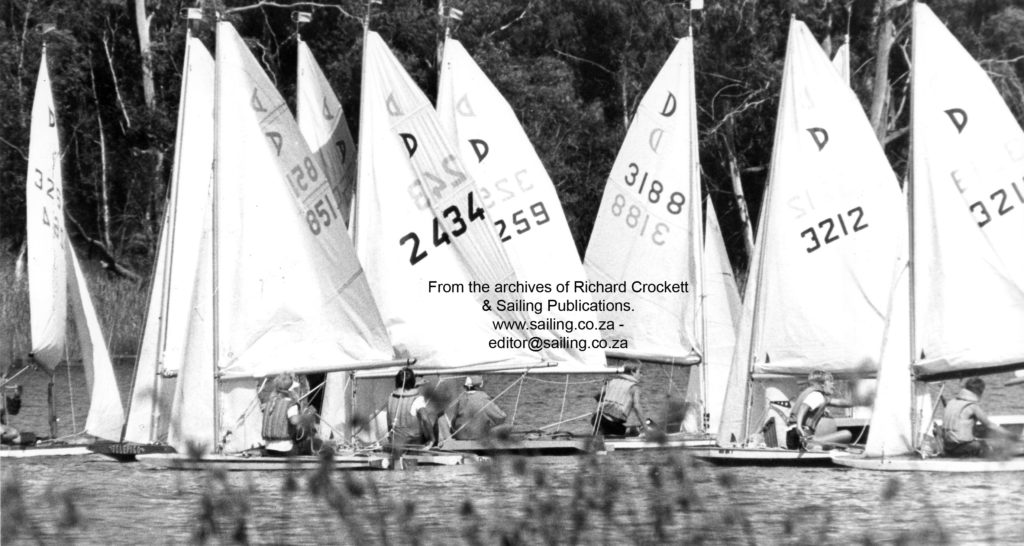 Part of the fleet of 32 Dabchicks competing in the junior interclub event at East Rand Yacht Club. 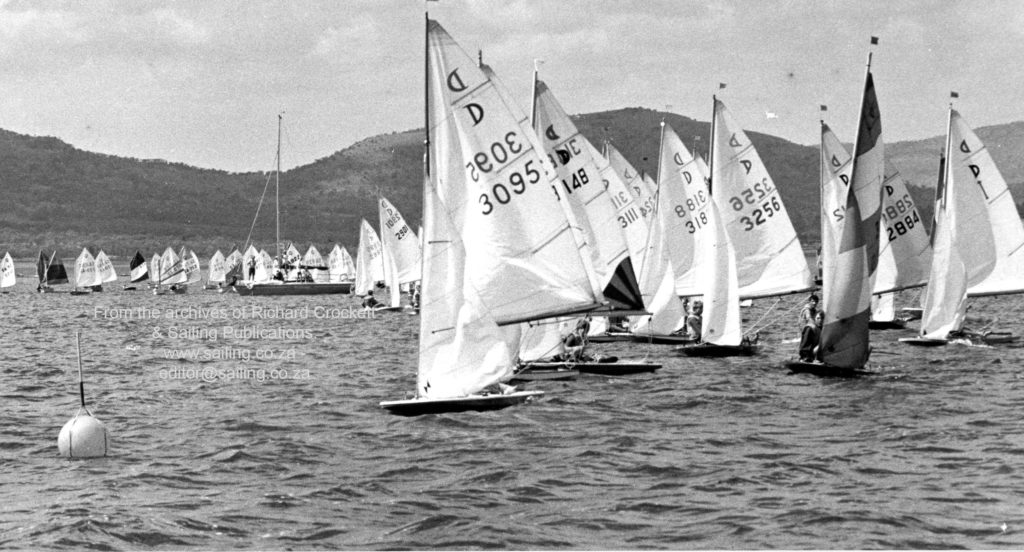 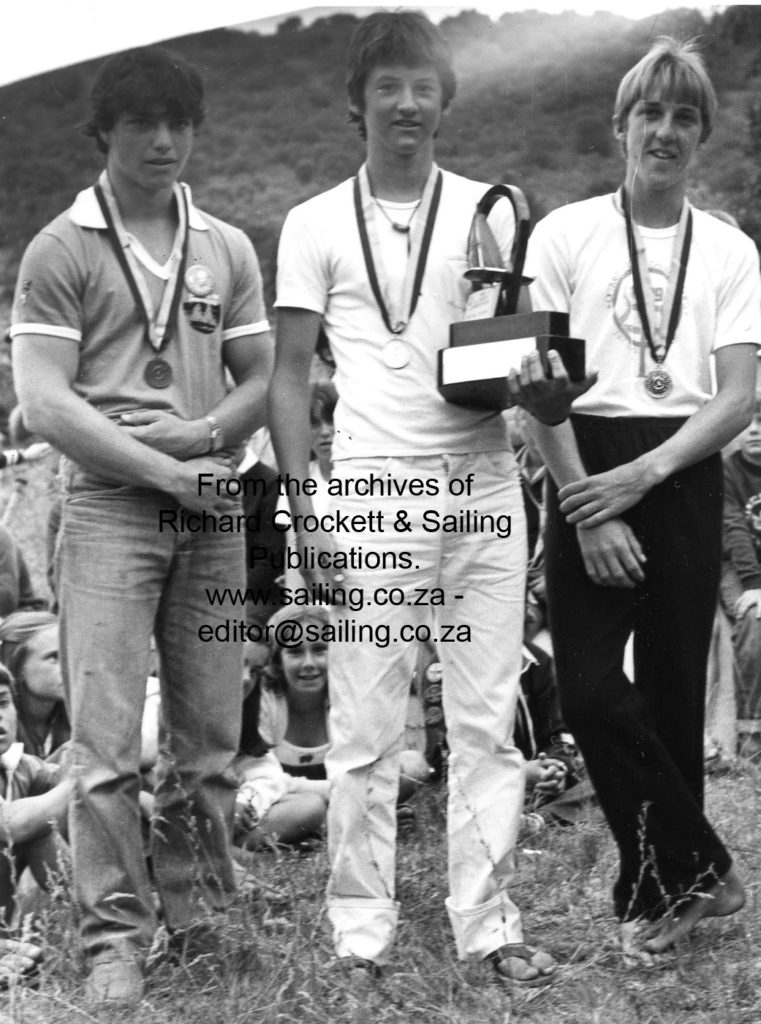 On the right is Dave Hibberd. Who are the other two and which event is this? 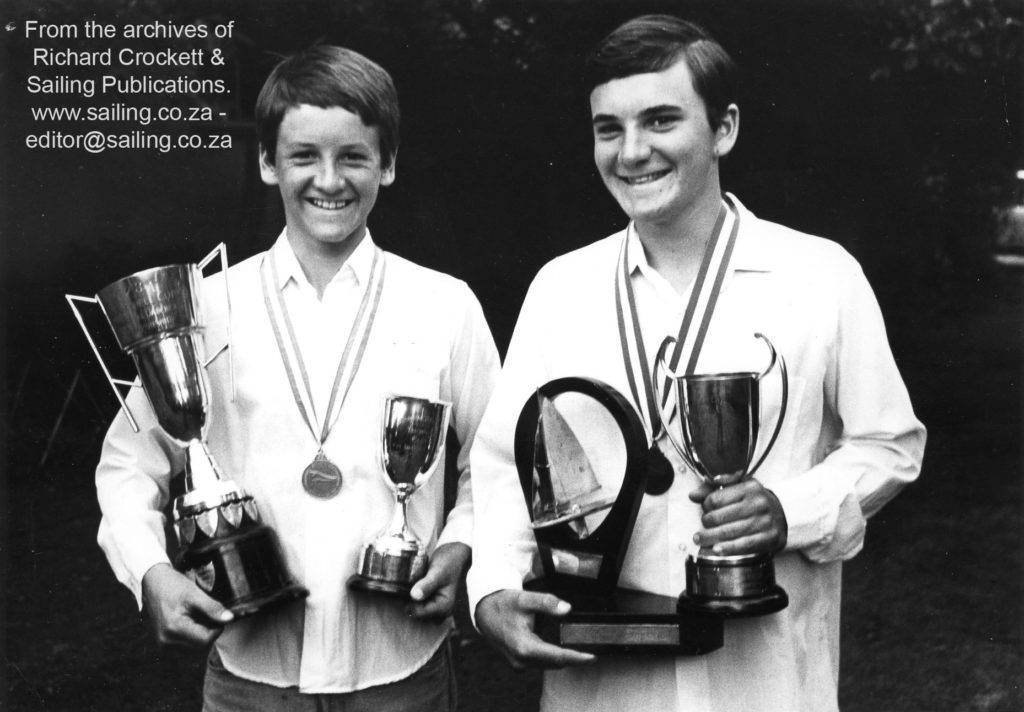 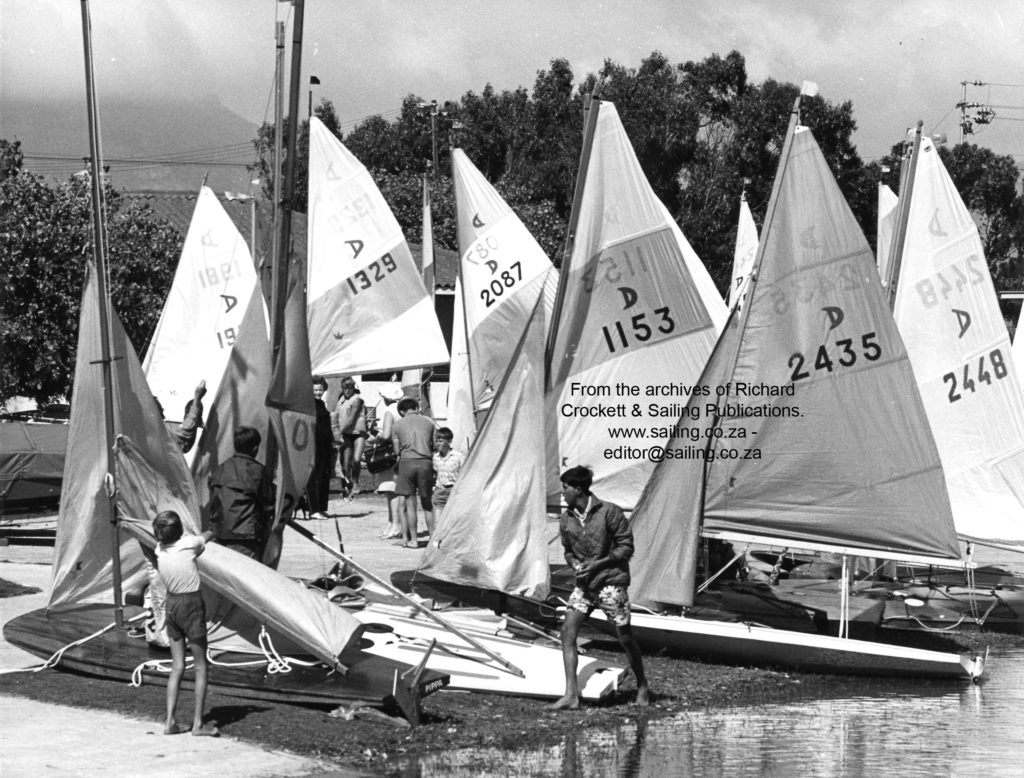 This years national attracted a fleet of 45 boats from fifteen clubs. And despite heavy winds they sailed all their races without a hitch. 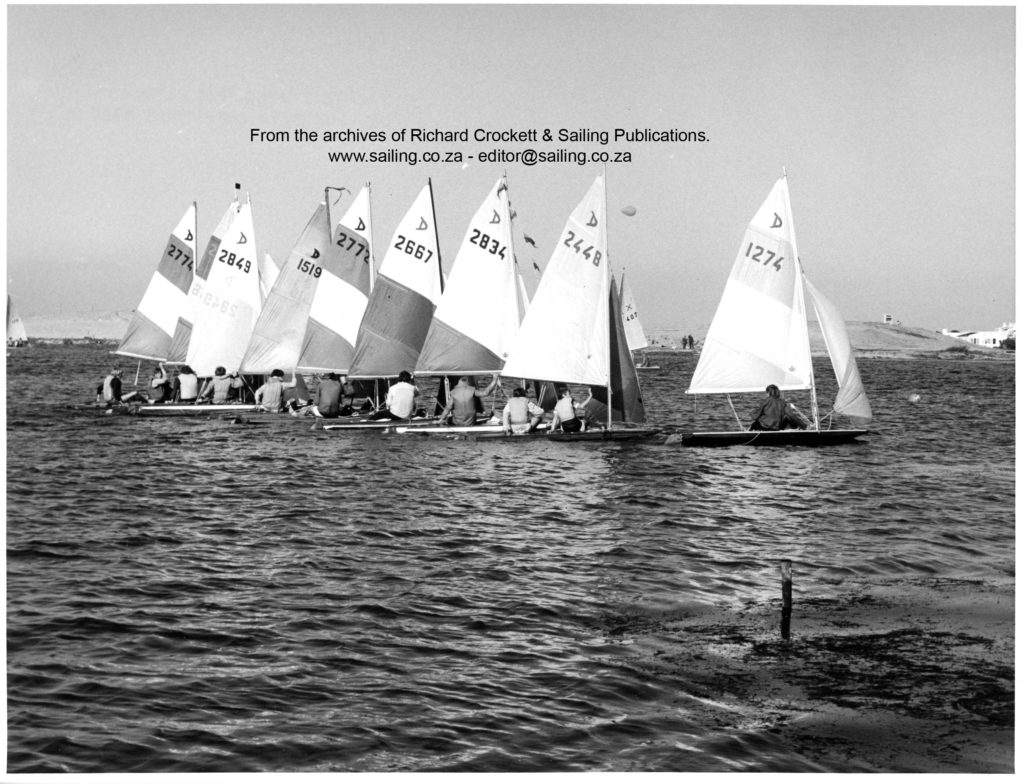 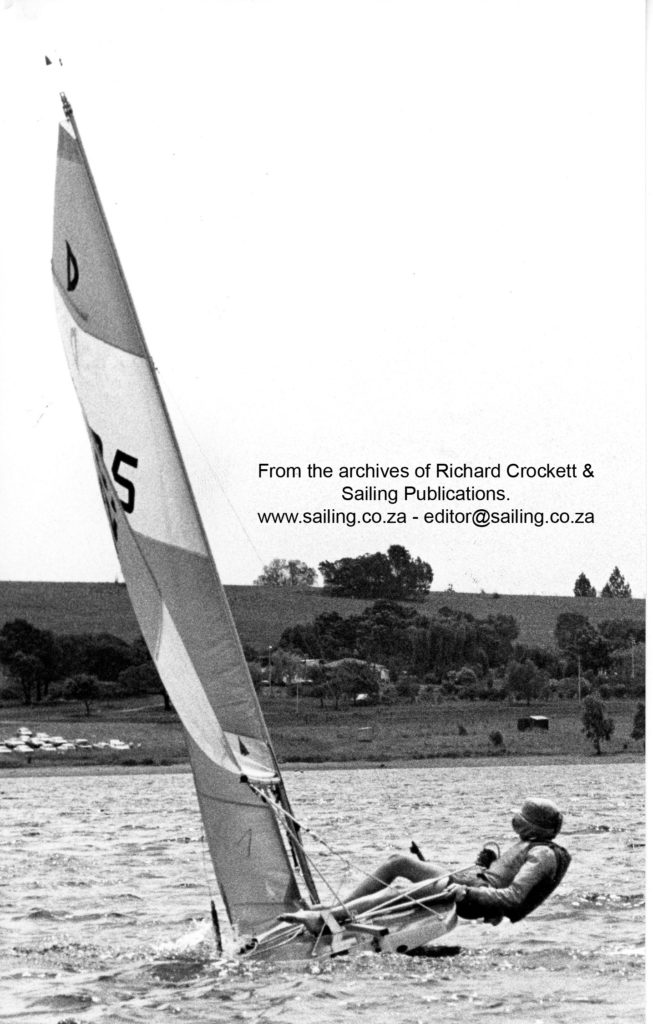 Leaning well out while sailing against the wind is P Harris of PSC followed by A Mackie of VLC. 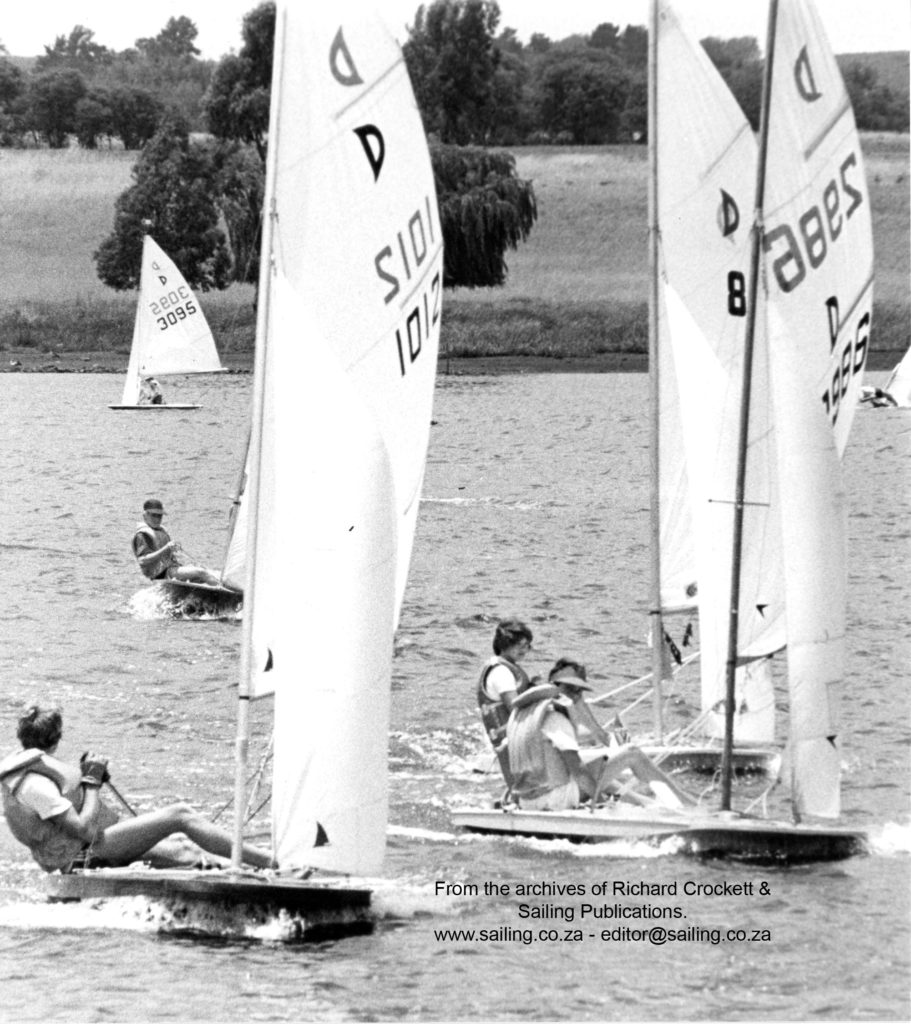 On a broad reach is R Sawyer of Emmarentia closely followed by RM Richardson and K Kasselman of Benoni. 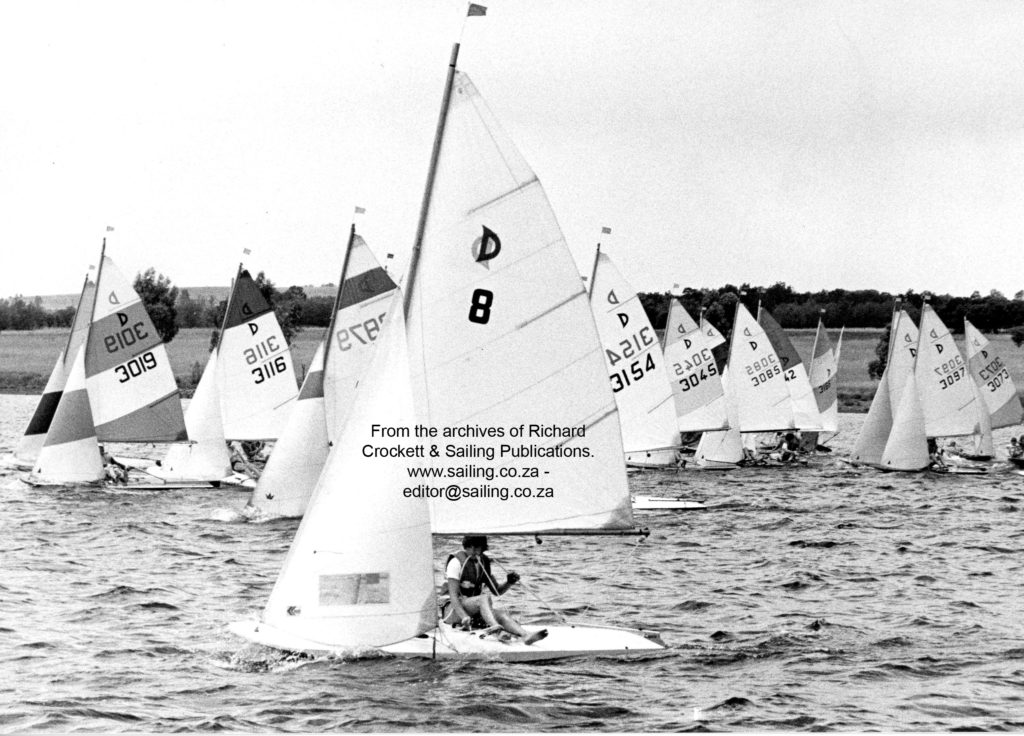 Part of the large Dabchick fleet soon after the start of the first round of the Transvaal champs. 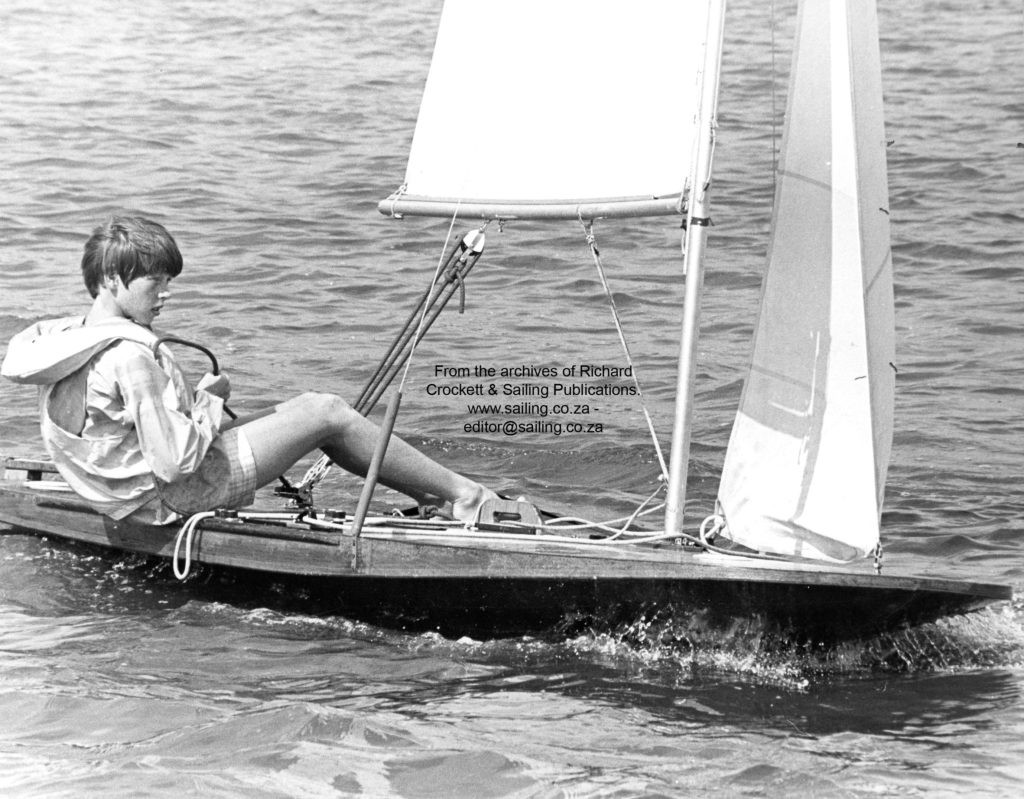 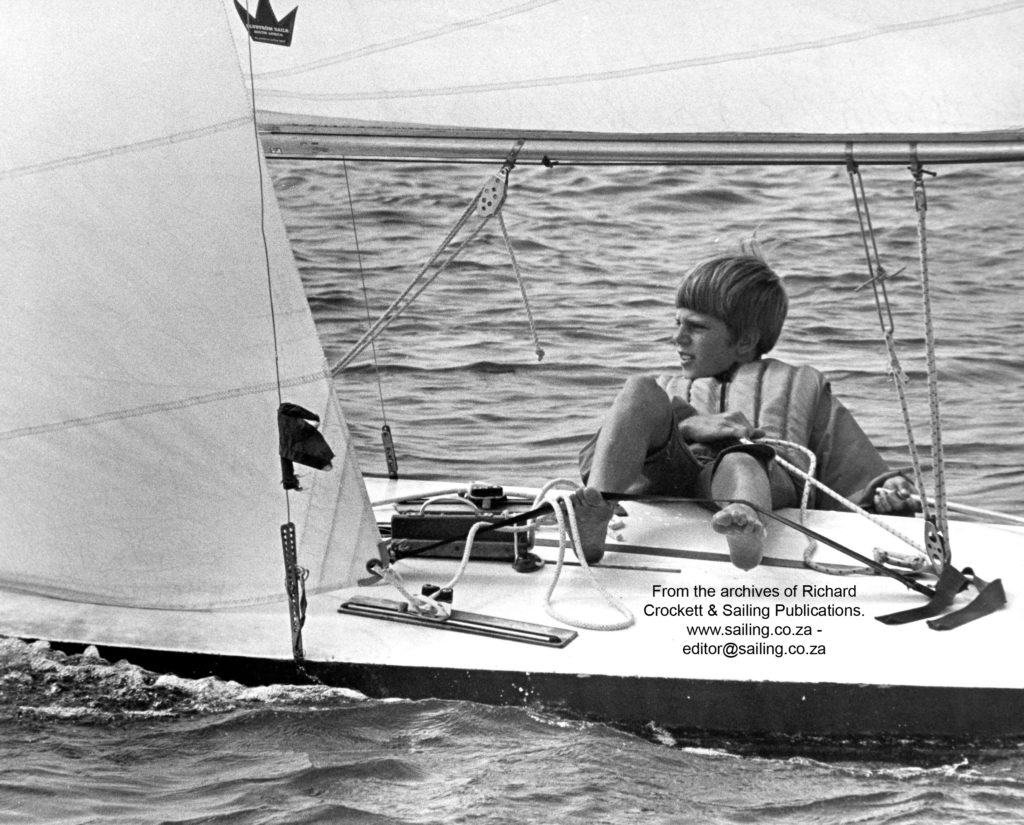 C Zimmerman of Spurwing showing good balance and trim while sailing to windward.