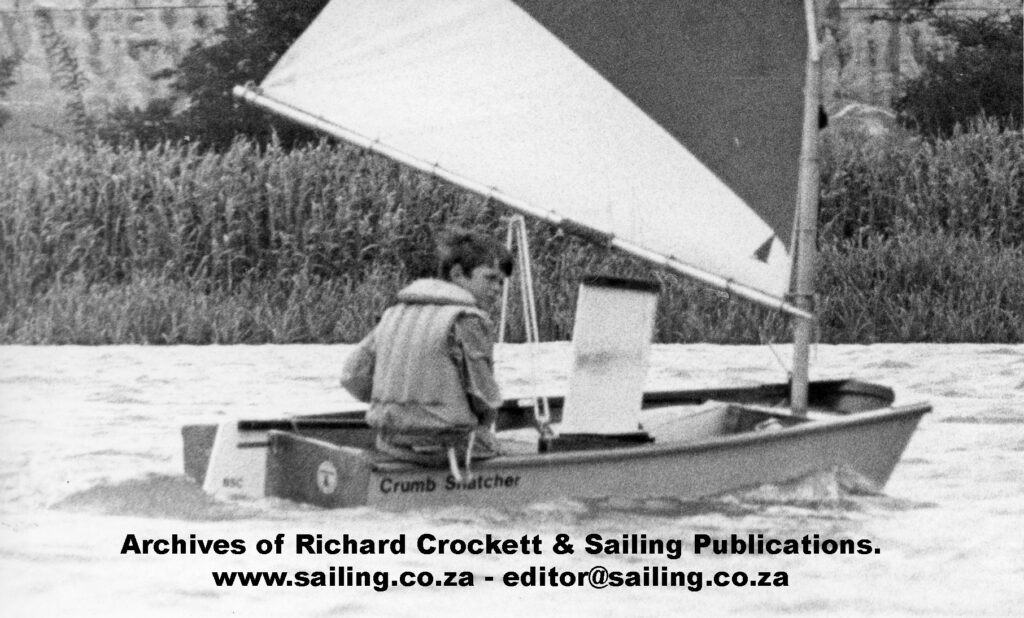 A record number of 98 Optimists competed in this event at Zeekoe Vlei which was won by Jonathan Swain. The runner-up list shows many a highly competitive and well know sailor with Matthew Orton second, David Hibberd third, Andrew de Vlieg fourth and Leanne Holliday fifth.

This fleet of 98 included a contingent of 15 Rhodesian entries and 26 novices.

I do like the following exchange in the report: In the meantime the novices were sailing around waiting for their start. Some newcomers were quite bewildered and one really small chap with his peak pulled well down on his forehead was obviously quite frustrated as he sailed toward the committee boat, stood up and shouted to our SAYRA Councillor “Geoff what’s going on now, when do we start? “Mr Myburgh, experienced in handling such situations, smilingly told him he would be starting shortly and happily he sailed off.

There is a full set of race-by-race results for the Optimists and Dabchicks too. 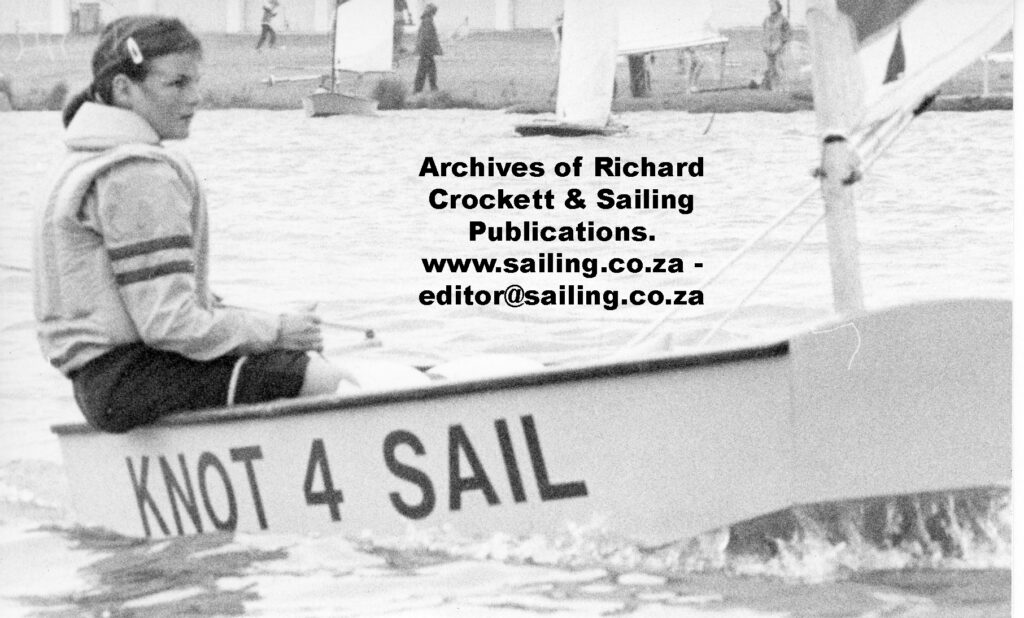 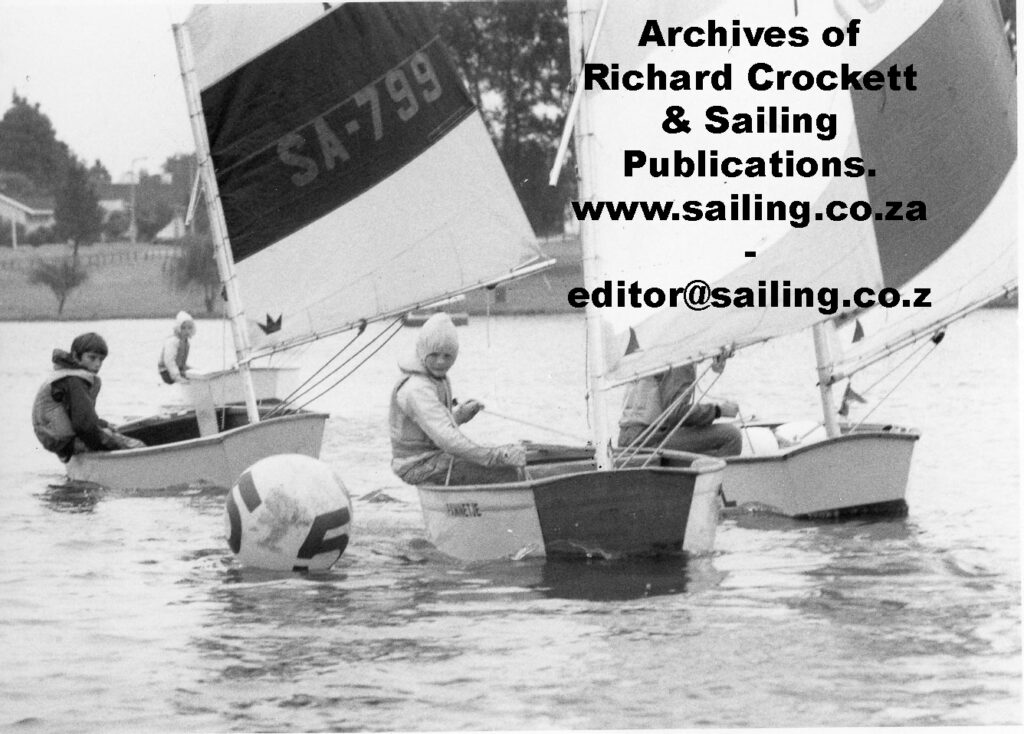 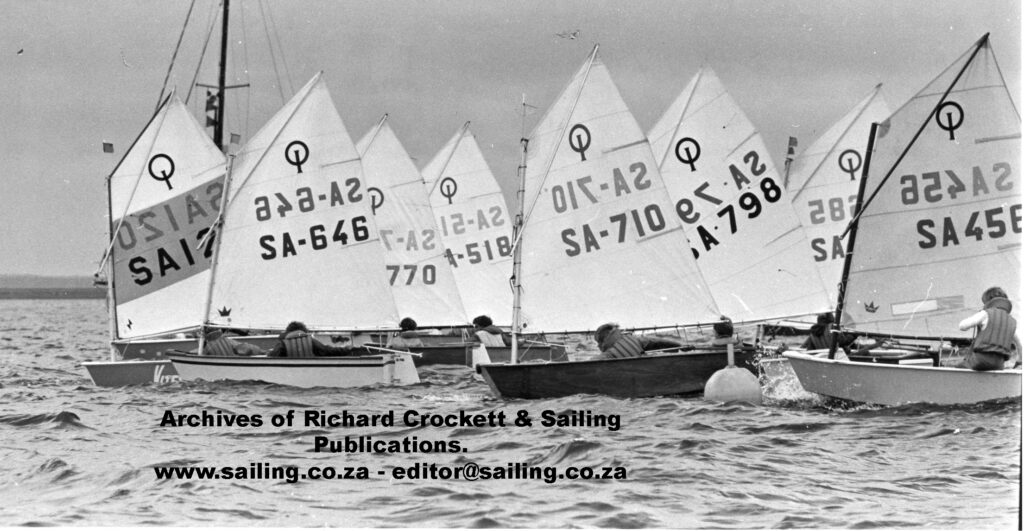 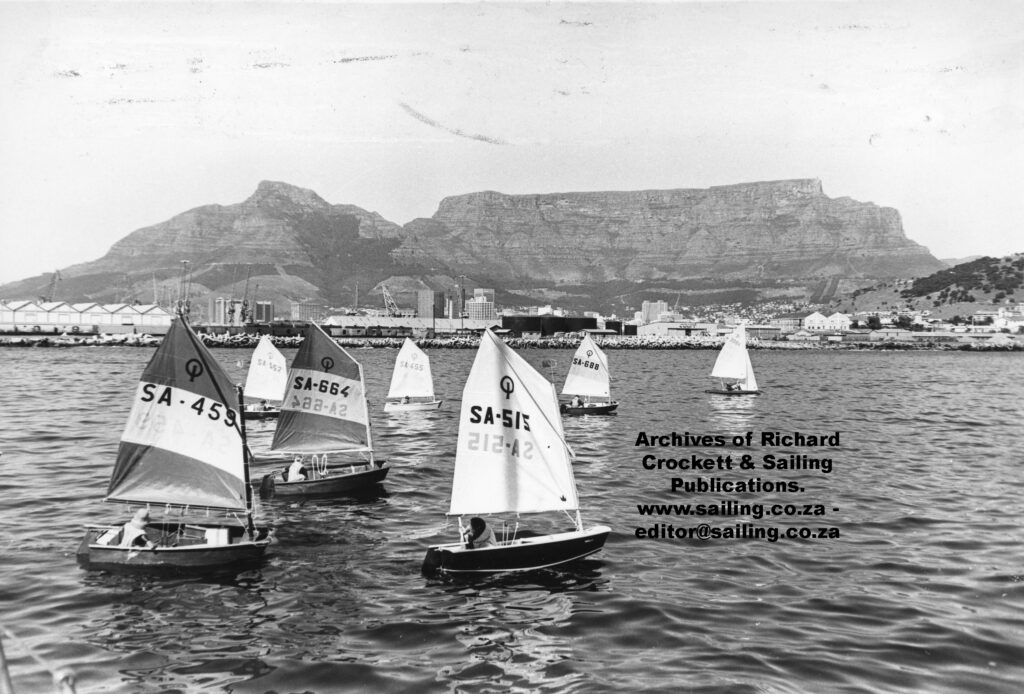