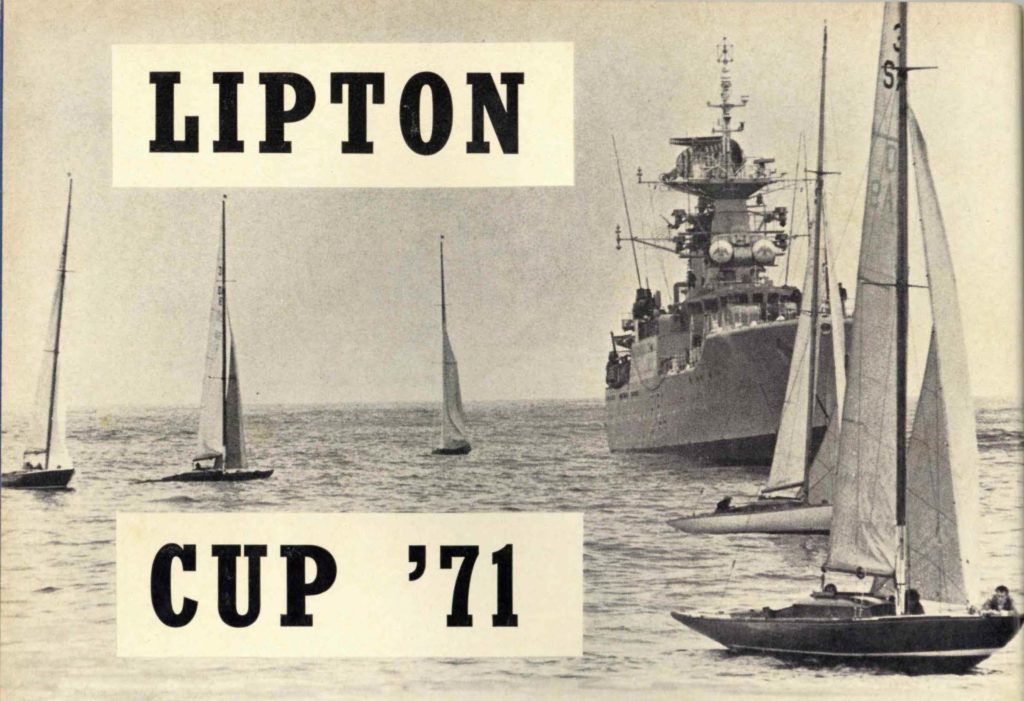 The South African Navy honoured the Lipton Cup series off Durban this year with the fine, up-to-the-minute frigate SAS President Kruger, Captain G. N. Green, as guardship. Here the fleet sets off for the first mark, on one of the light-weather days.

Back in Durban thanks to a sporting gesture from the Cape Clubs the previous year, Jimmy Whittle took the cup for the very first time in a long Lipton career.

“It was only fair that after sailing hard in Lipton Cup contests for more than 20 years, Jimmy Whittle should emerge the winner of the 1971 series. Yachtsmen all over South Africa congratulate him. Till now his record has been a meritorious string of second and third placings which have done an enormous amount toward keeping up the standard of Lipton Cup sailing through the years, but have been without the ultimate satisfaction of victory.