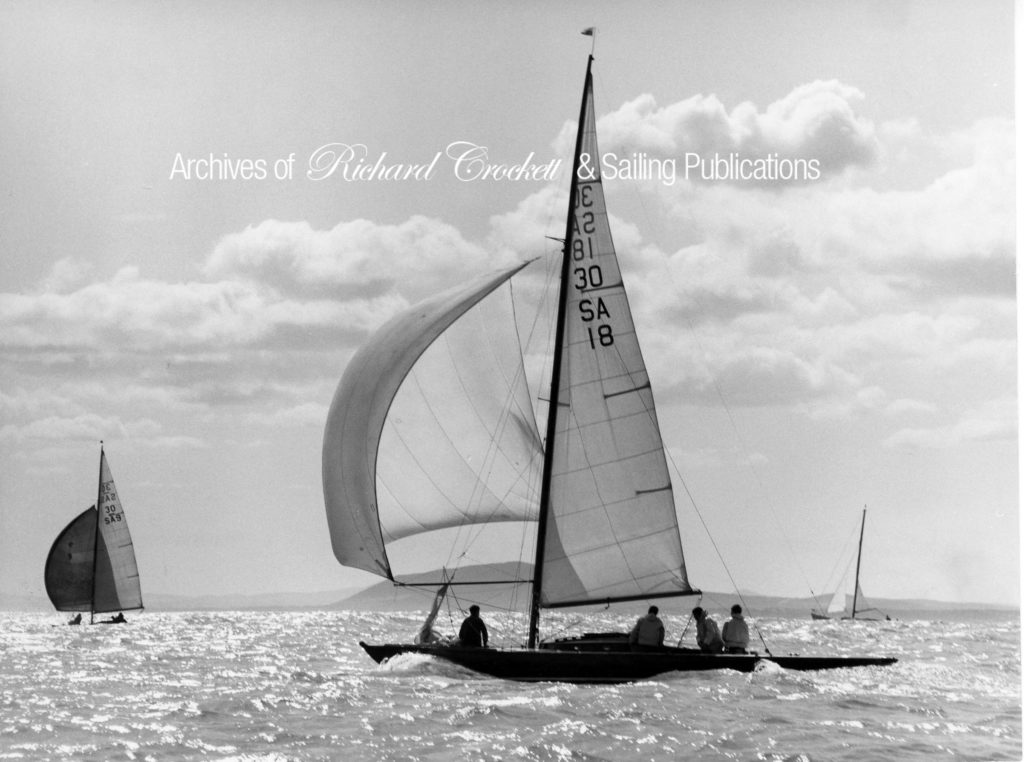 The Headline in SA Yachting Read: Lipton Cup Goes Once More to ‘Mariquita’. She was sailed by Wilfred Hancock who won the final three races and had a 2 and 3 in the opening exchanges. What the headline does not reveal is that he won his races convincingly.

For me though, I was more interested in Durban sailor, Dr Hamish Campbell, attempting to sail his 30-Square to Cape Town for the event.

“The most remarkable feature of the pre-racing preparation was that Hamish Campbell decided to sail his ‘Hjalmaren’ from Durban to Cape Town instead of shipping it in the normal way. He built a doghouse over the large open cockpit to give extra protection from the weather. Port Elizabeth was reached safely, but fearing that he would be late getting to Cape Town the boat was shipped from there.

“Hamish’s comment on the trip was that it was wet and uncomfortable but very interesting.”