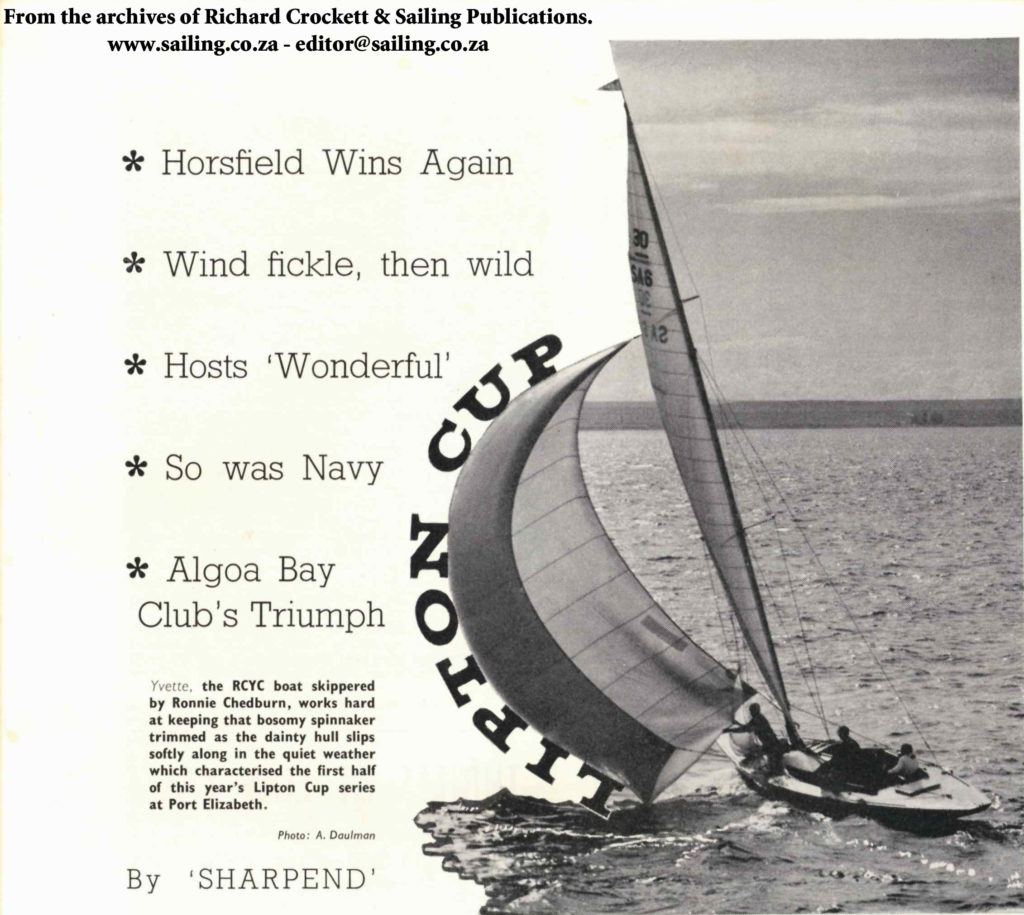 Don’t you love the reference to the “bosomy spinnaker”?

Port Elizabeth has rarely played host to this event, and in 1961 they grabbed the chance with both hands and did everyone proud by running what from all accounts was a highly enjoyable and entertaining series.

The superlatives in the SA Yachting report delivered a positive message, and so wrapped up in this they hardly highlighted the results! However that is inconsequential as the winner was Clube Naval represented by Noel Horsfield who was sailing ‘Rapid’.

This is how SA Yachting opened their report:

“The 1961 Series held in Algoa Bay, Port Elizabeth, will probably be remembered for a long time as one of the most frustrating ever because of what the Cape Town boys will call, “The Malay tricks played by the weather”. Except for the last two races, when we had fairly strong westerlies and heavy seas, we were never quite sure from where the wind was blowing – if there was any at all. The wind did everything it was not expected to do, and even fooled the local boys.

“The ten crews, their skippers and supporters were given a wonderful time, and everyone expressed an earnest wish that a Port Elizabeth boat would win next time so that they could return. The hospitable Port Elizabeth folk really outdid themselves and there was never a dull moment. Enough cannot be said and no compliment would be good enough for the organisation.

“The young Algoa Bay Yacht Club and their helpers are really to be congratulated on a fine piece of work.

“The Navy was there under Lieutenant-Commander Peter Tomlinson. It can only be said that a Lipton Cup Series would suffer if the Navy were absent. At the mayoral reception the Mayor asked whether the men sailing the yachts were yachtsmen or sailors. At the prize giving Lieutenant-Commander Tomlinson said that, after watching them perform in the last two races, he could assure them they were true sailors. He could only describe the last two races as “downright dangerous sailing.” 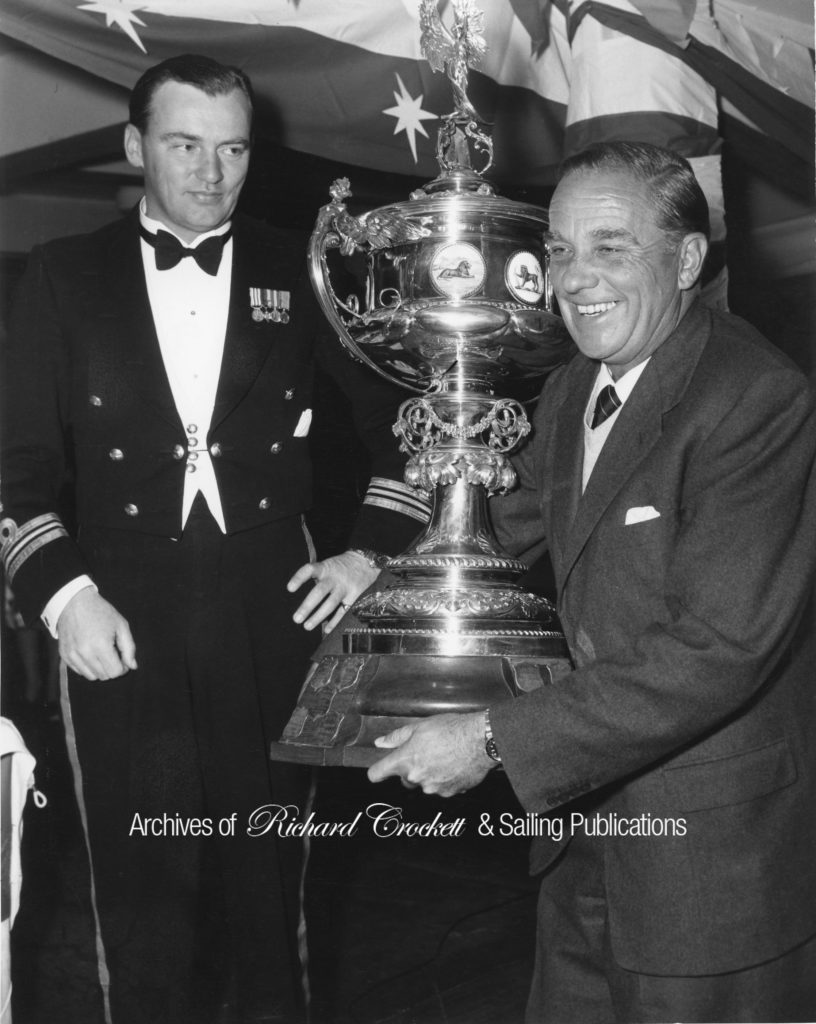