“Talking Sailing” From My Archives. 1,8 Tons Versus 90 Knots 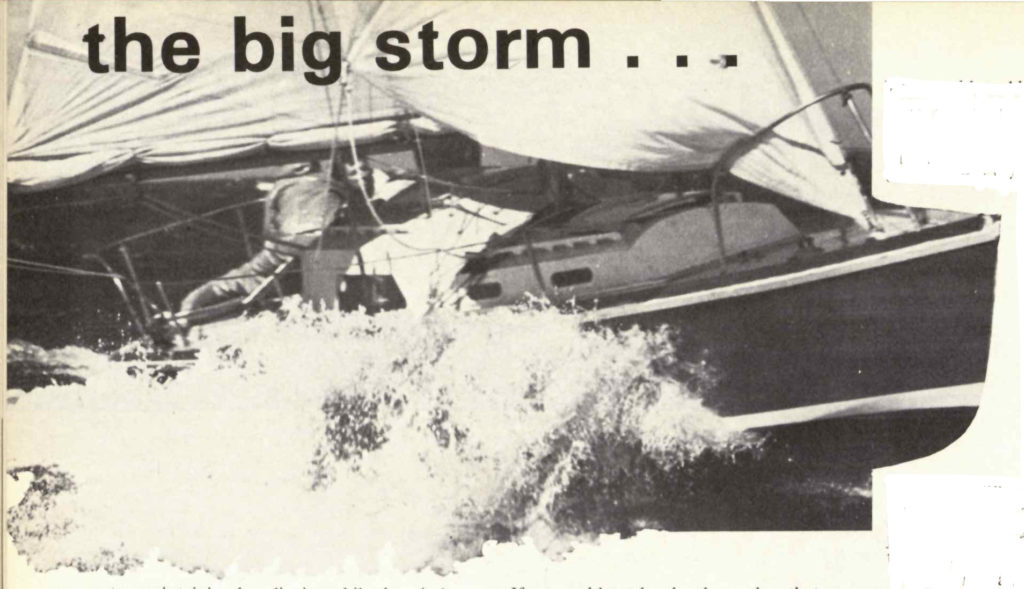 With the 2021 Vasco da Gama Race to East London done and dusted, and most of the passages home complete, the rigours of sailing along the East Coast of South Africa are well known, and sadly brought home with a thump and a bump and a grind….!

‘Majimoto’, the Farr 38 broke her rudder off Morgan Bay on her homeward passage, in pretty strong south westerly winds. Despite attempting to fashion an emergency rudder and make way, the crew were eventually taken off the boat by NSRI Station 7 of East London. They were unable to make way with the boat in tow as the sea state did not permit, so the boat was abandoned and left to the vagaries of the wind and sea.

Sadly, before an early morning attempt to locate and salvage her, the boat beached just north of the Kei River mouth. A sad sight and devastating for the owner and crew.

The headline of this feature is about an RCOD named ‘Granger’ being delivered back to Durban in what can only be described as survival conditions.

This is not really the way to make a delivery passage, yet sometimes the weather just never seems to do what is predicted, so what could easily have been envisaged as an easy passage, turned into a nightmare scenario of survival.