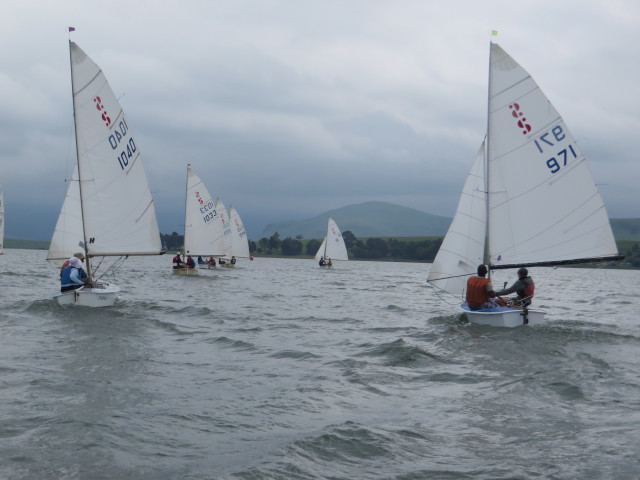 The Sprog Nationals had a disappointing entry of just ten boats as many promises were not fulfilled, and many entries that were expected just didn’t turn up. Regrettably that is sailing today as also experienced by the GP14 and Fireball fleets over the same period.

On the positive side the racing was keen and close with Ricky and Ryan Robinson dominating the racing. Phillip Bennett & Helen gave a good chase as runners-up.

The fight for the rest of the fleet was for the third place with only a few points separating them. Going into the final day Euan Hurter showed that consistency wins and with his girlfriend, Fiona Moore from England, they took the hard fought for third place. 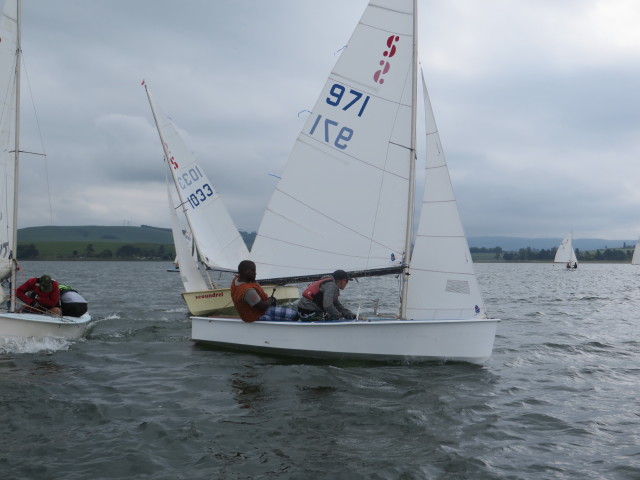 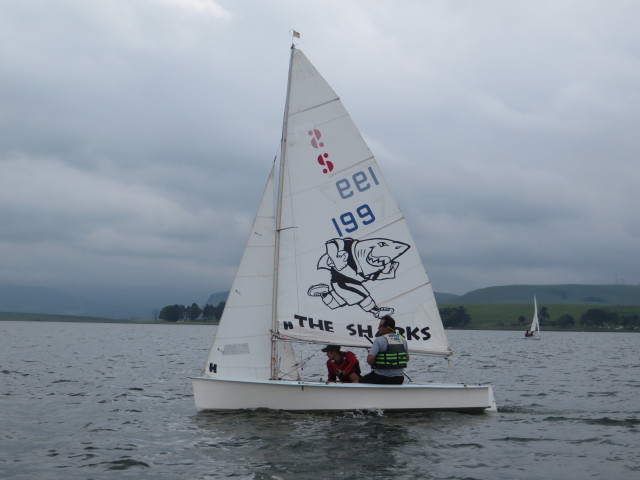 The first family were Nick Sommerville and his son Damien taking a credible fourth place.

Myles White with Daniel Jonk had a good tussle with Mark Flack and Aron Ward for fifth place with Flack coming out the victor. White made several fantastic starts, and had some of the port starts he tried come off he would possibly have done better.

The conditions were good and only one race had to be abandoned due to lack of wind. The remaining thirteen races were sailed in six to ten knots of wind making for perfect racing conditions.

With one more days racing to go there was a general consensus amongst the fleet that with thirteen races completed, the positions were not going to alter with more races and it was decided to conclude the regatta early by one day giving the up-country entries a head start to get home for New Year. Prize giving was conducted that same evening, and a very successful 70th Anniversary Sprog Nationals was concluded.

It is planned to hold the next Sprog Nationals in Gauteng, possibly at Victoria Lake Club, so start preparing now.