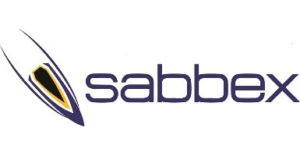 SABBEX, the South African Boat Builders Export Council, is a national export association registered with the Department of Trade and Industry with the primary purpose of promoting South Africa as a globally competitive and reputable boat building nation.

Through developing awareness around the manufacture of boats, yachts, multihulls, catamarans, vessels and inflatables in South Africa to the international market, SABBEX aims to assist industry with access to markets and export marketing activities, and help gain traction in specific markets around the world.

SABBEX originally joined ICOMIA in 2008, however after discussions between the Boating Industry Association South Africa and the Cape Town Boat Building Initiative it was decided SABBEX should focus on boat exporters and building the South African marketing brand internationally under the umbrella of a new association that would unify the entire South African marine industry.

Therefore, in 2012 the Marine Industry Association of South Africa (MIASA) was formed; replacing SABBEX as ICOMIA’s South African member. However, in 2016 it was decided MIASA and its members would be reabsorbed into SABBEX, which has now expanded its activities in order to fulfil the role of a more representative national trade association.

Udo Kleinitz, ICOMIA Secretary General, welcomed SABBEX back into the global ICOMIA family, “We very much look forward to working with SABBEX again in the development of the South African boat building industry by supporting its activities in export promotion, development and market prioritisation”.

SABBEX brings the number of full ICOMIA members to 36, spanning across 34 countries globally. ICOMIA’s members include marine industry associations from the vast majority of industrialised countries from North America across to Japan and from Finland down to New Zealand.

About ICOMIA
ICOMIA is the international trade association representing the global marine industry since 1966. ICOMIA brings together national boating federations in one global organisation and represents them at an international level, presenting a strong and united voice when dealing with issues challenging the industry.
ICOMIA Information HERE
www.icomia.com