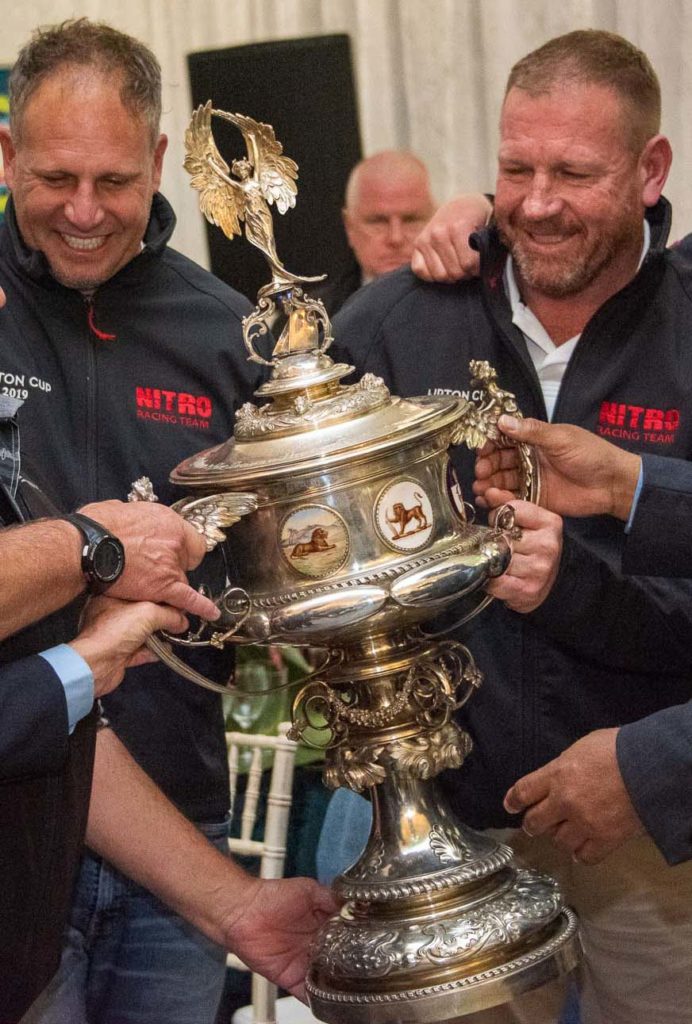 The Lipton Cup was a ‘hot’ event this year with the Cape 31s making their debut – and they did not disappoint as the racing was slick, fast and incredibly competitive.

But one team ultimately stood out as the boat to beat as they were consistent, quick on all points of the wind, and managed to extricate themselves from being ‘dead on the water’ to real contenders by simply keeping their heads out of the boat and sailing hard and smart.

This was of course the team of Nitro sailing for Witbank Yacht & Aquatic Club, and headed by Mike Hayton and David Rae. Of the 8 races sailed just 2 of their results were outside the top 2 – and incredible set of results in such a demanding regatta. In the final race they were thwarted by kelp and plastic on three different occasions, effectively starting stone last after having to back down off kelp on the start line. But they clawed their way back through the fleet having gone from winners to runners-up, fighting themselves back into the winners slot much to the disappointment of Gerry Hegie and Asenathi Jim on the Royal Cape Yacht Club boat who came so close to pulling of what, to many, was an impossible overall victory.

Although Hayton and Rae were the brains behind this team, every single crew member deserves being mentioned as collectively they won the Lipton Cup. They were: Paul Allardice; Joweal Claasen; Markus Progli; Gary Sindler & Murray Willcocks.