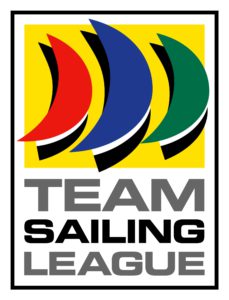 The Eastern Cape have sent one of the youngest teams to compete in this weekend’s national Team Sailing League launch at the Milnerton Aquatic Club in Cape Town.

A total of 11 of the 16 sailors entered from the region are under 18 years old and more than half of those are women.

“Of the 11, there are three competitors who have made their way through the Eastern Cape Lotto and Metro Wind-funded Schools Learn to Sail programme. Hlombe Mali (Herbert Hurd Primary School), Storm Daniels and Yannick Messiah (Parsons Hill Primary School) have only been sailing for less than a year and are eager beavers on the water,” explained Redhouse Yacht Club Learn to Sail Instructor and SAS Instructor Developer Darryl Garner.

Mali said that sailing has taught him numerous lessons including planning, safety, looking after equipment and concentration since taking to the water for the first time in October last year.

Daniels added: “I’ve sailed in the RYC 24-hour race and that was fun but pretty scary. The wind howled all night long and we only managed to get a few laps in. Ever since that, all I’ve wanted to do was sail. Our school did well in the novice section of the RYC Interschools considering Parsons Hill have never sailed in the regatta. We came second.”

Garner, meanwhile, believes that the TSL will grow sailing in the Eastern Cape region, a region hungry for competitive sailing.

“We face unique challenges in SA Sailing EC in that we have two clubs in close proximity of each other and the other two clubs are 300km away. There are a few guys who are doing their best to raise the profile of sailing in the Eastern Cape by getting bums on boats and I believe the TSL will be the next step for them once the base of sailors has been built through the Learn to Sail Programme.”

With the support of the National Lotteries Commission and Sports and Recreation South Africa, the TSL will essentially be split into four tournaments: a Youth Team Sailing League, an Inter-club Sailing League, a Corporate Challenge and a Women’s Sailing League – targeting specifically identified areas in which the sport can expand and develop.